A lesson in blended whiskey at London’s smallest Irish pub

If there are two things Ireland is exceptional at, it’s whiskey and hospitality. And when it comes to combining the two, nowhere on earth does it better. We squeezed into London’s smallest Irish pub, tucked away in Islington-based neighbourhood bar Homeboy, where co-owner Aaron Wall gave us a masterclass on the Emerald Isle’s greatest exports…

You really, really ought to see it for yourself. With seating for just eight, Hop House 13 on tap, and its very own miniature snug, London’s smallest Irish pub is every bit as magical as it sounds. You’ll find it nestled in the back of Homeboy in Islington, which opened its doors back in December 2018 with one overarching mission: to become the home of modern Irish hospitality in London.

But Dublin-born co-owner Wall – who the bar is named after; his passion for his home country earning him the nickname ‘homeboy’ – has another, more ambitious mission up his sleeve. And to achieve it, he’s taking a fresh approach to the category. An approach that involves whiskey highballs.

“We want to make Irish whiskey exciting and fun, and for me, that starts with the blended Irish whiskey category,” he says. “There’s so much diversity there, the sky really is the limit. Irish whiskey was once the top-selling spirit in the world, and if it’s shown in the right light, marketed right, and brought to people’s attention in the right way, then it can be again.”

Homeboy’s new Irish Whiskey masterclass series brings the two together: combining convivial hospitality together with Wall’s enthusiasm for and extensive knowledge about the wider Irish whiskey category. After a welcome Guinness in the main bar, we’re led to the pub for a preview of the blended masterclass, which begins – from a historical perspective – pre-temperance, accompanied with a welcome tot of Tullamore D.E.W.

“Me and my business partner opened the bar up with the change in our pocket, and we couldn’t have all the whiskey we wanted at first – we could only have the whiskey that we could afford,” explains Wall. Much of that, he says, was blended Irish whiskey. “Having that conversation was fantastic, it gave a great foundation for where Irish whiskey is now and how it can build, in particular where these flavour profiles sit when it comes to cocktails.

“There are a million and one gins out these days – we decided when we opened the bar that we’d stock six and we’ve got 17 at the moment – but when I sit down with [brand owners] and say ‘tell me about your product, tell me why it’s better [in a cocktail] than another gin’, a lot of people don’t really know where to go with that conversation.” 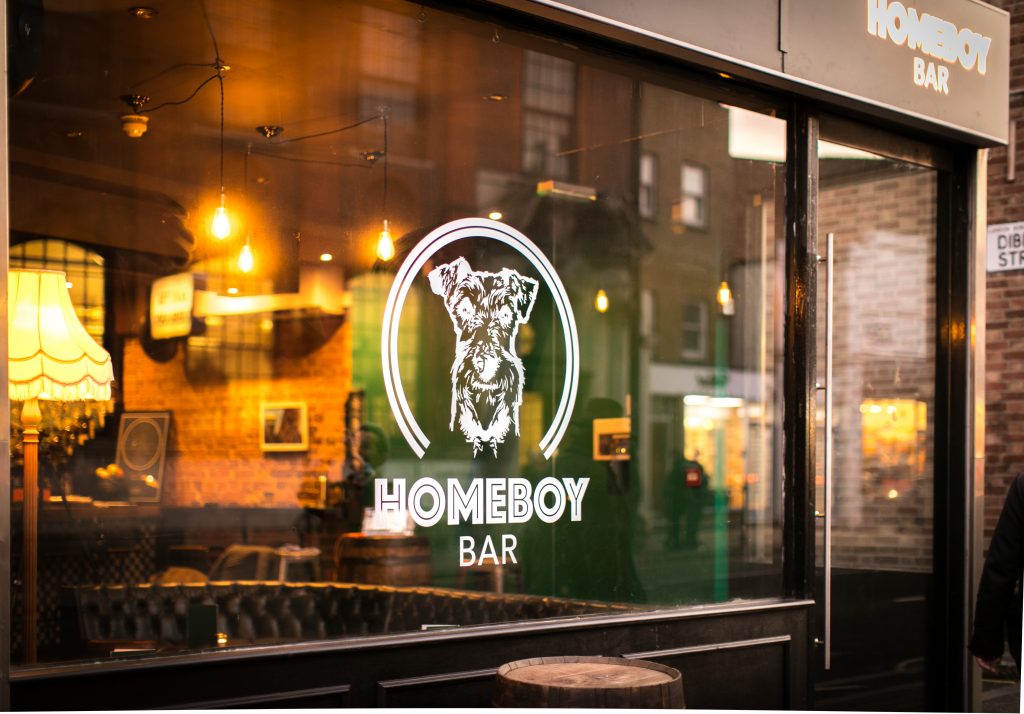 Wall, who has tended the bar for years at London stalwarts London Cocktail Club and Callooh Callay, decided to take that approach with his Irish whiskey offering – exploring how each flavours pair with other ingredients and cocktails. Tullamore D.E.W., he says, suits drinks that might usually contain a medium-aged rum. “Drinks that can handle robust flavours, even down to coconut and pineapple, Coca-Cola. It doesn’t overpower the drink, it doesn’t cut through everything else, but isn’t overshadowed by it either.”

This attention to detail is reflected across the entire menu. Even Irish cocktail classics have been given a carefully-considered reboot. “People think your Irish coffee is such a basic drink, and it is at its essence, but it can be messed up so easily,” says Wall. “If you use espresso or instant coffee, or really good craft coffee in a drip coffee machine, the whiskey just cuts through.” Instead, the team combines commercially roasted coffee with Dead Rabbit Irish Whiskey – “because it’s a bit punchier” – and a Demerara syrup, “which has all these biscuity notes and gives a lot of richness and body”.

To inject the fruiter flavours found in coffee from craft roasters, the team created their own Irish coffee bitters “made with a neutral grain spirit from the Teeling Distillery,” says Wall, “loads of spices, cacao, star anise but also orange peel, lemon peel, to give it a little bit of brightness”. The cream on top, he says, is whipped in very minimal batches. “Irish coffee shouldn’t be about eating through the cream to get to the coffee – it should be sipped through, like you would a pint of Guinness, I suppose. Good Guinness is like good coffee.” 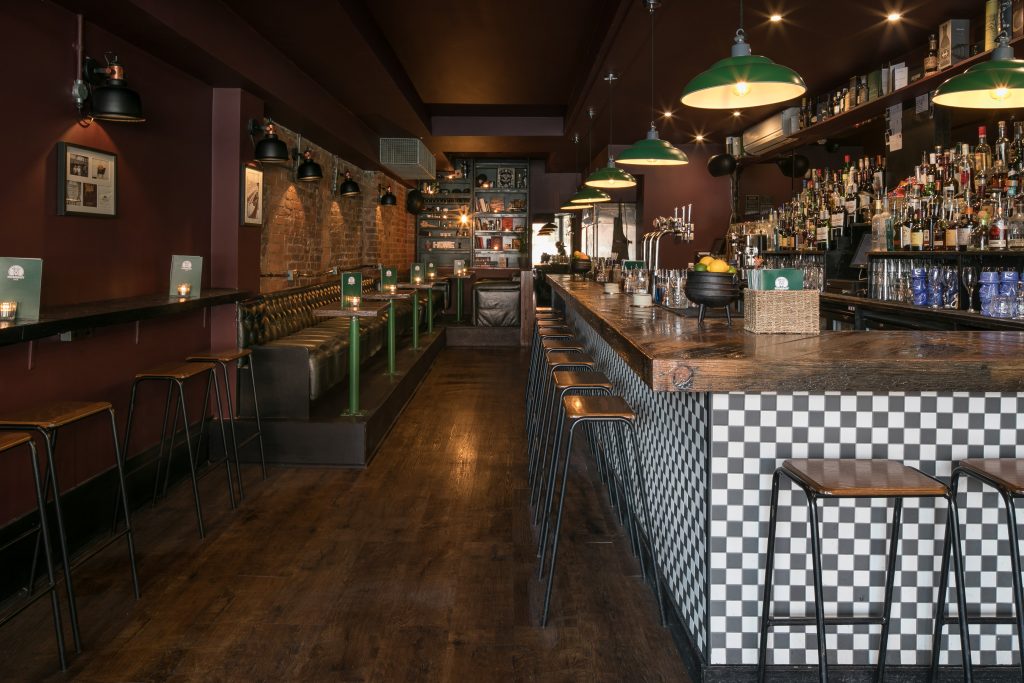 The bar is home to rebooted classic Irish cocktails

You won’t find many stirred-down drinks on the menu at Homeboy. “Whiskey doesn’t get too many of those light, crisp drinks,” says Wall, who points to a drink on the menu called Emerald Collins. “We use Slaine Irish Whiskey because that Sherry cask finish brings out that sweetness from the American virgin oak casks, a little bit of Cynar to give it a bit of earthiness, a little bit of St Germain for floralness, lemon, a touch of sugar, and then it’s topped with soda,” he explains. “It’s just a great-tasting highball – Irish whiskey can live in so many different spaces.”

As we ricocheted through the past, present and future of Irish whiskey, it soon becomes clear why Wall’s industry peers have nicknamed him “the Irish ambassador”. The man is Irish hospitality in human form. He knows more about Irish whiskey than we could ever hope to know. And, perhaps more importantly, he’s excellent at sharing his expertise. As we depart, we’re handed an envelope containing, among other things, two teabags. They’re Barry’s, an Irish brand, he explains.

“About a year and a half ago I was back in Dublin, and myself and my father went out for a few pints,” says Wall. “In Ireland, when you get back from a night out, it’s more likely the kettle goes on than a bottle of whisky comes out, so we stayed up and had a couple of cups of tea. It was amazing to have that time with my dad and I wanted to give that opportunity to our guests, so we always give two teabags with every bill, so when you get home you can have a cup of tea and talk about the night you had. For me that night was special, he gave me the encouragement to [open Homeboy] and ended up coming over and helping us build the bar, so it’s been a massive journey.” 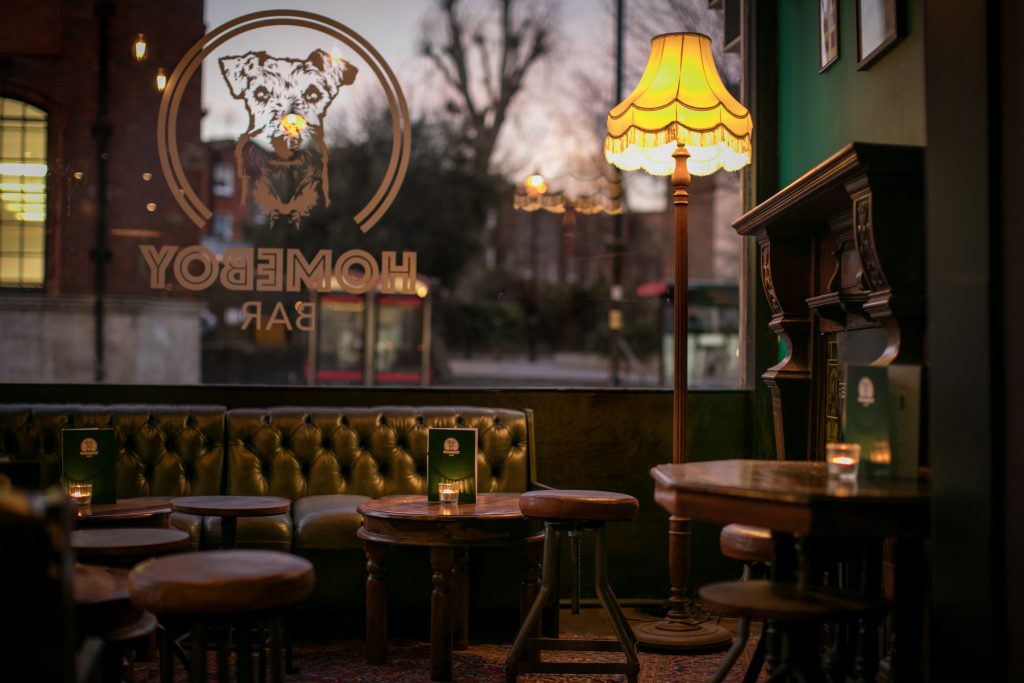 The next Irish whiskey masterclasses will take place at Homeboy on 15 and 16 October and 12 and 13 November. For more information, visit the website.