Annie Hayes
No Comments on A beginner’s guide to aquavit

Aquavit is finally taking flight outside its Scandinavian home, and it’s about time you got acquainted. Here’s what you should know about the herbaceous and softly spiced Nordic spirit…

We might’ve hit peak ‘hygge’ – anyone else tired of off-white Instagram filters, comfortable rugs, scented candles, coffee shop danishes and minimalist off-white furniture..? – but I’m here to tell you about another equally unpronounceable Scandi staple; one that the world has somehow passed by. It’s called Aquavit (or akvavit, if you’re from the Nordics), and it is delicious.

The name ‘aquavit’ comes from the Latin ‘aqua vitae’, which of course means ‘water of life’ – as the folks behind Sweden’s oldest aquavit brand, O.P. Anderson, inform me. It’s a story shared with “many of the great spirit categories”, master blender Jonas Odland acknowledges, but “only Aquavit bears the name from the original medicinal language”.

The spirit was first made in the 15th century as a medicine, Clara Tronêt Guillon, head of Absolut-owned Åhus Akvavit, explains – one with “mystical properties” (admittedly, the best kind). “There are many stories about the different beliefs and rituals that were connected to the making of aquavit,” she advises. 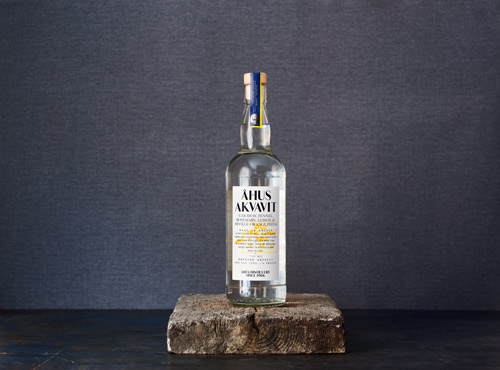 You don’t need a chunk of wood to keep a bottle of Åhus on your table, but it helps

To begin with, “alchemists used it in their quest to make gold and to find the secret of eternal life,” says Tronêt Guillon. “Soon, people started to make their own aquavits with different botanicals – to cure different diseases but also act as love potions and protect against bad spirits. The magic happened when the clear spirit came out carrying the properties of the botanical it was made with.”

Thankfully these days we’re a bit more clued up about what constitutes medicine and what does not. So by 2018’s standards, what is aquavit? For familiarity’s sake, if genever is gin’s cousin, aquavit could be considered ‘twice removed’.

It’s usually distilled from grain (though sometimes potatoes), and is governed by some hard and fast rules. According to EU law, the key botanicals must be caraway or dill (or both!). Others can be added, but those two must be the star(s) of the show – much like the juniper in gin. Aquavit must have a minimum ABV of 37.5%, and contain no more than 15 grams of sugar per litre.

“There are some small differences within the Nordic region in how aquavit is made,” advises Odland. In Norway, he says, caraway-driven potato-based aquavit matured in Sherry casks for a minimum of six months is typical. In Denmark, the spirit is typically both caraway and dill-led, with a high abv of between 40-47%.

“The original Swedish aquavit, O.P. Anderson is made from organic ingredients, with an alcohol strength of 40%, and seasoned with distillate of caraway, aniseed and fennel,” he says, before it matures in oak casks for six months. Other Swedish aquavits use elderflower, anise, fruits and wormwood, he adds. 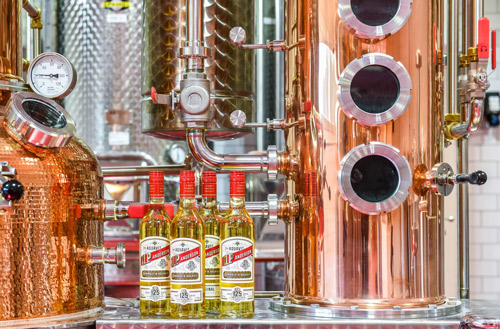 O.P. Anderson and the stills that make it

There are also small overseas distilleries are creating their own take on aquavit. In the US, advises Tronêt Guillon, there are more than 60 distilleries producing aquavit, “compared to only a handful five years ago”.

No matter where it’s from, for Scandi countries aquavit is an integral part of any big celebration – Christmas, Easter, Midsummer, you name it. As such, the spirit is often enjoyed with pickled herring, smoked salmon and other typical Nordic dishes, says O.P. Anderson’s senior brand manager, Mika Raukko, and it tends to be served neat and slightly chilled. 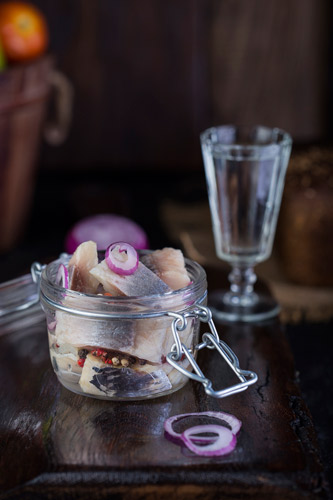 Both in and outside of its Scandi home, bartenders are having fun with aquavits’ herbaceousness and spice, as well as its diverse nature. There are many different flavour profiles across the aquavit spectrum, explains Tronêt Guillon, which means “many possibilities to play around and create new cocktails, or give a new dimension to a traditional drink”.

In a familiar way, of course. “It has that same something that gin does; it brings more spiciness to the drink,” explains Raukko. “As the dominant notes are caraway and dill, the spiciness is different – so one needs to be careful with other herbs, like mint, which override the taste of the aquavit.”

So, how do you distinguish the good from the great? A quality aquavit is balanced, and no one flavour overtakes the other ones, outlines Tronêt Guillon. While aquavit can be made by macerating the botanicals separately, she says the flavour is “more complex and often finer” when distilled with the spirit.

Raukko’s advice? If you want the real deal, treat it like a whisky or a gin purchase. “Look for reputed distillers and their brands,” he suggests. “This is important, since knowledge about aquavit-making is not as widespread as it is for gin or whisky”. Outside of the EU, distilleries aren’t required to adhere to category regulations, which means “there are products around that don’t fulfil the quality requirements”, says Raukko.

Copped a bottle of your choosing and ready to mix? We’ve got just the thing… 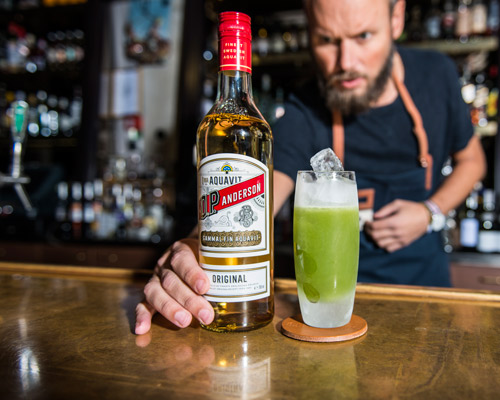 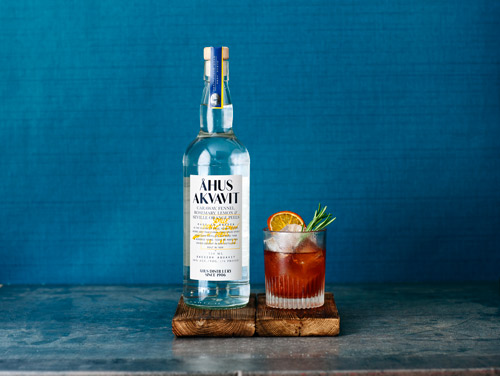 How did The Glenlivet, Chivas Regal and Jameson perform in 2018?