Master of Malt
No Comments on Uncle Nearest 1856 Premium Whiskey: 24 Drams of Christmas

As the first week of December concludes today you should be ripping open window seven of your Bourbon and American Whisky Advent Calendar to find a dram of Uncle Nearest 1856 Premium Whiskey.

We’ve rapidly approached the time of year that will be spent nervously shuffling your way through an office Christmas party or in the bemused audience of your niece’s heavily adapted school nativity play (although, it must be said, replacing the three wise men with ABBA was an odd, but brilliant touch. Who wants myrrh when you can have a man after midnight?).

In all the festivities, it’s important to rescue back a little ‘me time’. Here to remind you of the joy this time of year can bring, we have a fantastic American whiskey waiting to be savoured behind window number even of your Drinks by the Dram Bourbon and American Whisky Advent Calendar. It’s Uncle Nearest 1856 Premium Whiskey!

It’s hard to articulate just how important Nathan Green, known as Uncle Nearest to friends and family, was to the history of American whiskey. He was instrumental in the evolution of the Lincoln County Process, and by association the creation of Tennessee Whisky itself, a technique he taught to a certain young man named Jack. Jack Daniel.

Daniel’s mum died when he was a boy and his father sadly followed not long after when Jack was just 15. Green, then a slave, took him under his wing and taught him about life, not just spirits. When Jack Daniel opened his distillery, he made whiskey the Green way, and to this day there hasn’t been a drop of JD made without a member of the Green member working at the distillery. It took a while for the Uncle Nearest story to get the spotlight it deserved, but thanks to the hard work of brand founder Fawn Weaver, the biggest American whiskey in the world now acknowledges Green as the first African-American master distiller.

Today Uncle Nearest whiskey is made by the first female African-American master blender, Victoria Butler, a direct descendant of Green. It’s impressive stuff. The whiskey is between 8-14 years old, old for a whiskey aged in a climate like Tennessee, as is proofed down to control the loss of water and alcohol in the ageing process. This means when it comes out of the barrel as little water as possible can be added to bring it 50% ABV, preserving as much flavour in the bottle as possible.

It’s fitting that a man who did so much is honoured with a brand that is doing so well. Uncle Nearest is more than a compelling story, it’s a great whiskey and it’s a brand built on principles that has led it to become a leading light of meaningful progress towards diversity, equity, and inclusion. Weaver outlines all of that on our blog, some light reading while you enjoy your dram. Or you could whip up a quick Mint Julep. Think of it as a boozy candy cane. 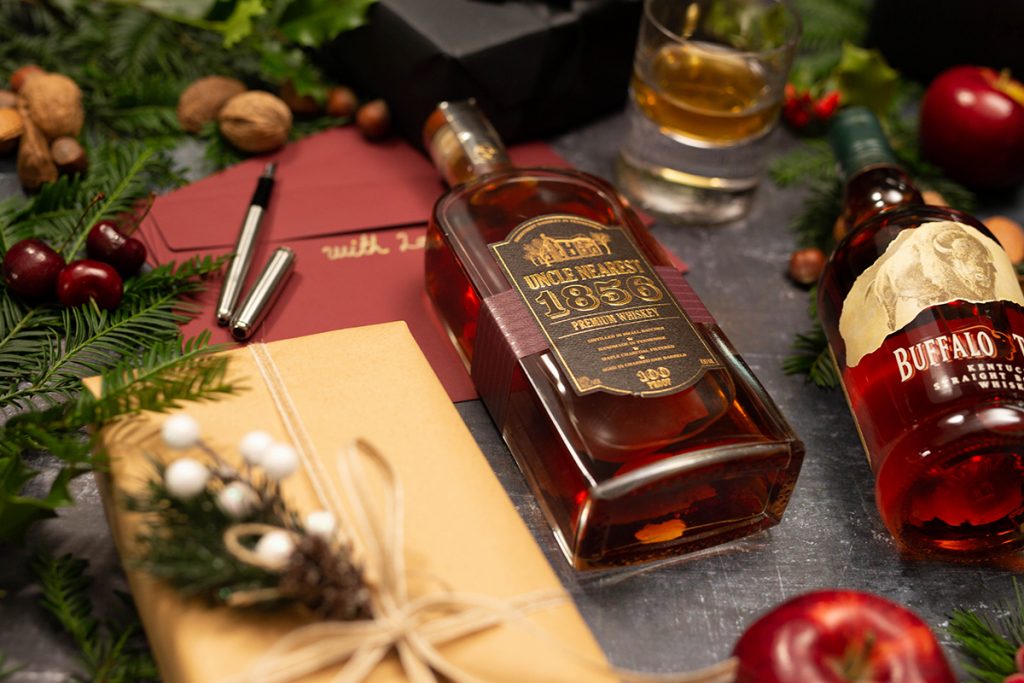 A festive treat that honours a legend.

How to make The Mint Julep

Pack your Mint Julep cup with crushed ice. In a mixing glass, combine the bourbon, syrup, and mint leaves. Lightly bruise mint leaves with a muddler and strain the contents into a julep cup. As you garnish the drink with 3 generous sprigs of mint, slap the mint to release the aromatics. Then insert a straw into the ice near the mint

Bubbles before troubles: a session on sparkling wine