This week we’re looking at a rare bottling from a ghost distillery. But there’s no need to sell the car or send the children out to work, because this bottling is a distinctly affordable single grain whisky.

Grain whiskies used to be the embarrassing uncle of the Scotch whisky family. Whereas malt whiskies are feted around the world and the often picturesque distilleries have become major tourist attractions, poor grain, source of enormous wealth, was hardly spoken about, or just dismissed as filler. It doesn’t help that grain distilleries look more like oil refineries, none of the gleaming copper and whimsical stories of their malty cousins. However, in recent years, old single grain bottlings have started to appear and be appreciated by whisky connoisseurs. It probably helps that they are usually cheaper than equivalent malt whiskies. Though not always, Last Drop released a rare single cask Dumbarton from 1977 recently for £2500 a bottle. 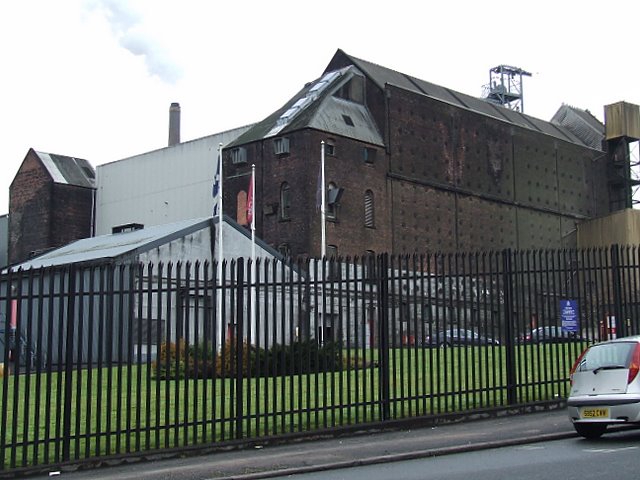 This week’s New Arrival was distilled at Glasgow’s Port Dundas in 2006. This distillery has a great history dating back to 1811. In 1877 it was a founder member of the DCL, Distillers Company Limited, a grouping of the largest Lowland grain distillers. Over the years, it just got bigger and bigger, swallowing up the neighbouring Cowlairs and Dundashills distilleries. In the early days of the 20th century, this mega-distillery didn’t just produce grain but also malt of all kinds, double and triple-distilled, peated and unpeated, even in a patent still. Like a modern Japanese distillery, it was a one stop shop for all your whisky needs. There was even a piggery, the animals were fed on the leftovers from fermentation. Lucky pigs.

Port Dundas was one of the first distilleries to use maize (what Americans call corn). Grain from Port Dundas would have gone into brands like Johnnie Walker, VAT 69, Bell’s and White Horse. But sadly, even the greatest distillery is not immune to corporate rationalisation and in 2010, Diageo expanded Cameronbridge as its main grain distillery and the decision was taken to close Port Dundas. There was talk about selling it but no buyer was found, and in 2011 it was demolished. Nearly 200 years of history came to an end. Occasionally, however, old bottlings appear from this ghost distillery, which is just what we have today.

It was bottled as part of its Single Grain Collection by Signatory, an independent firm founded by brothers Andrew and Brian Symington in 1988 (Brian left in 1998). Signatory is now one of the largest independent whisky bottlers, and in 2002 went into the distilling business with the purchase of Edradour Distillery (at the time it was the smallest distillery in Scotland, though smaller ones have come along since). The company has its own bonded warehouse. All the actual bottling is done in-house with no colouring or chill filtering. This example was distilled in 2006, aged (we’d guess from tasting) in bourbon casks before bottling in 2019 at 43% ABV. At some point grain from Port Dundas will all be gone, so this is a good chance to bag a bit of delicious history at a very reasonable price.

Seven of the Best Pre-Mixed Cocktails