Typified by powerful esters, aromatic complexity and plenty of ripe-fruit funk, Jamaican rum is a world away from the bottles you’ll find in the speed rail of your local. Led by cocktail historian David Wondrich, we dive headfirst into the intricacies of Jamaican rum production, from retort still distillation to the fabled muck pit…

Barbados may be considered the birthplace of rum, but Jamaica can be credited for refining the production process. In fact, unlike pretty much every other rum-making country, Jamaica actually has legislation surrounding its production practices, which date back centuries and defines the liquid’s distinct, often pungent flavour profile.

Currently, Jamaica is home to five distilleries – Appleton Estate, Hampden Estate, Worthy Park Estate, Long Pond and Clarendon – which all form part of the Jamaica Spirit Pool, an organisation dedicated to safeguarding Jamaican rum. We run through five things you may or may not know about this diverse and incredibly unique spirits category… 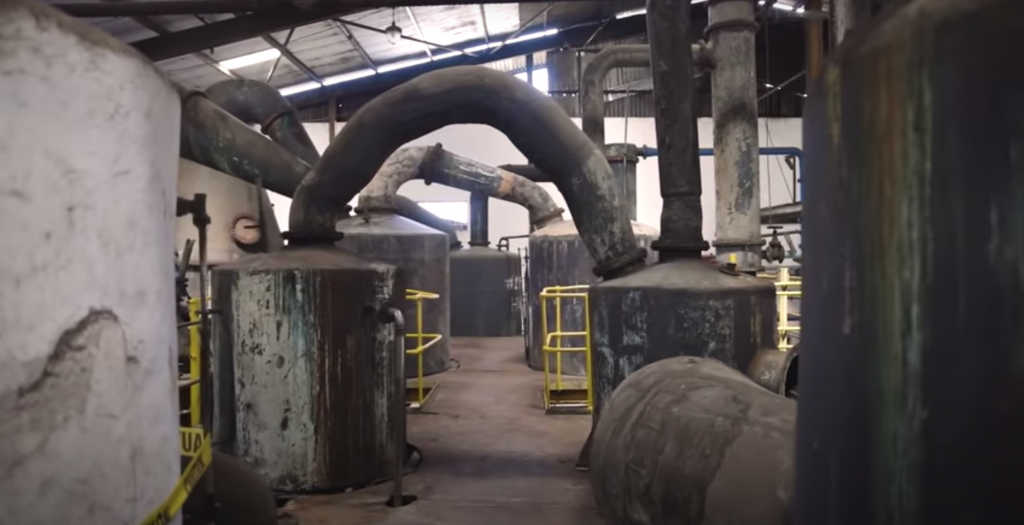 Jamaica is the home of the pot still in the Caribbean

Pot-still rums tend to be heavy and robust, with plenty of funk (or hogo, if you’re local). This is because they retain more congeners – flavourful products of fermentation such as esters and aldehydes – than modern column stills, which filter these unique compounds out to make a purer, lighter spirit. There are more pot stills in Jamaica than any other Caribbean island, and indeed, some Jamaican distilleries produce their entire range using this type of still. 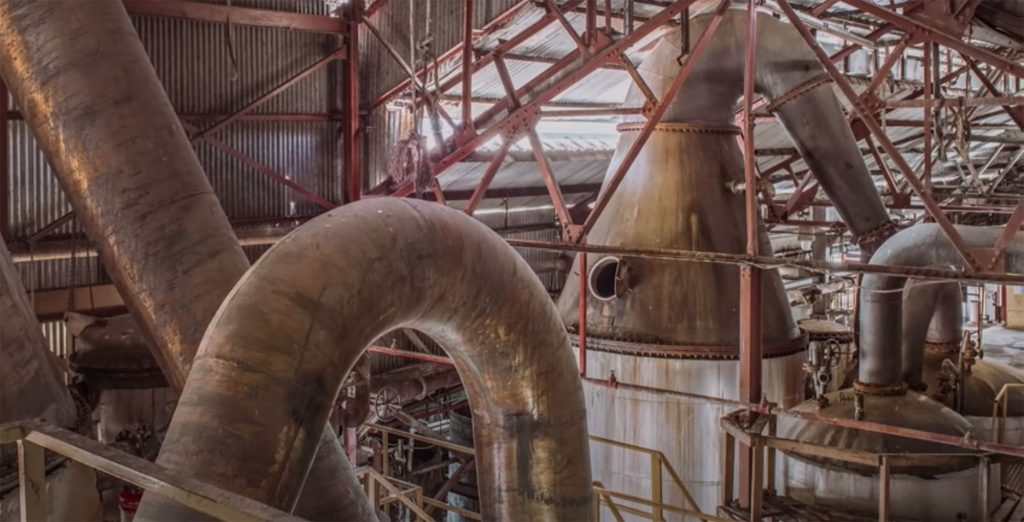 One of the biggest limitations surrounding pot still distilling is that a single run will rarely take the ABV high enough, so two (or more) are required. However, double distillation is slow, not to mention expensive. “Retort stills are a way of more efficiently running a pot still, while still getting that pot still flavour,” Wondrich explains. “They’re fascinating and really not used outside of the Caribbean.”

Retort stills involve essentially hooking multiple pot stills together. In traditional pot stills, the lyne arm is connected directly to the condenser. In a retort pot still, the lyne arm leads to another (retort) pot still. “Each retort is filled with what we call low wine and high wine,” explains Flovia Riley, Production Manager at Clarendon Distillery. “The high wine at 80% alcohol and the low wine at 40% alcohol. This is used to enrich the vapour that is coming over and to strengthen the final product, which comes out at about 85%.” 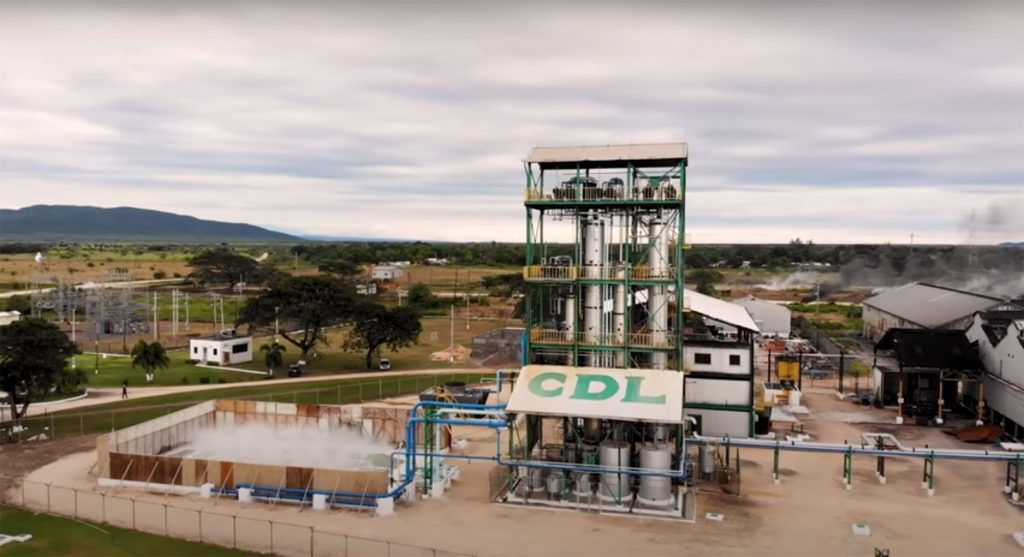 While ethyl acetate is the most dominant ester found in Jamaican rum, your average bottle contains hundreds of different ester varieties, which are formed in the fermented wash. To create the wash at Clarendon Distillery, molasses is diluted with water from boreholes in close proximity to the distillery, mixed with a yeast strain called saccharomyces cerevisiae, and fermented for between 36 and 40 hours, explains master blender Robert Gordon.

“This fermentation style is used to produce our column still rums and our light pot still rums,” he explains. “[For] our heavy pot fermentation, however, in addition to the diluted molasses we add wild yeast from the cane foliage, and this is also boosted using a cane acid medium.” The longer the fermentation period, the more esters will form. The more esters there are, the heavier and more complex the resulting rum will be. 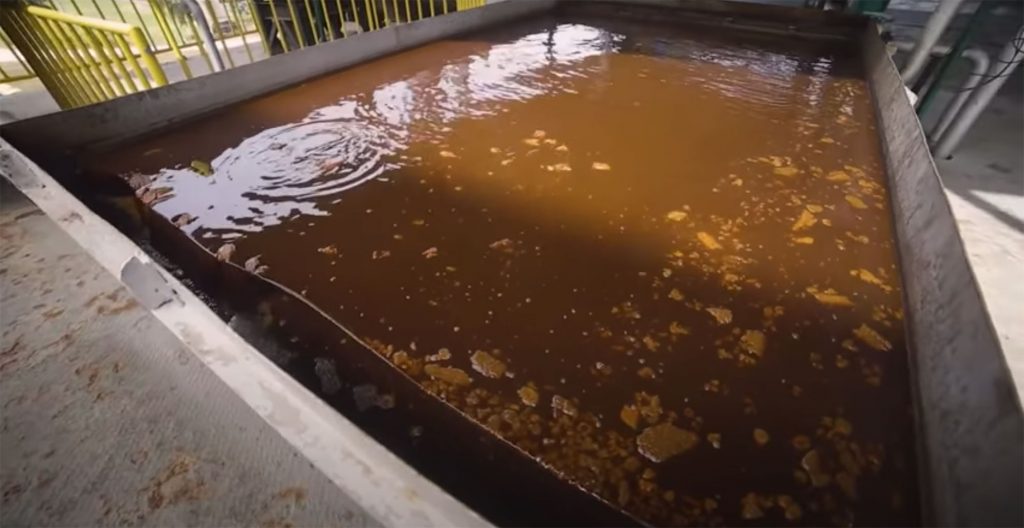 The fabled muck pit is a key contributor to flavour

Muck pits can also contribute to the flavour-forming compounds in the wash. It’s essentially a vat into which rum distillers add dunder, the leftover liquid in the still after distillation. “Anything leftover during the distilling process would end up in a little hole in the ground, where [distillers] might let it fester and ferment and bubble away,” explains Wondrich. “If they needed a little extra flavour, they’d put some into their rum. In the 1890s, when Germany changed its tariff laws, suddenly it became too expensive for Germany to import huge amounts of Jamaican rum. So the Jamaican distillers went to their muck pits and made the craziest, most concentrated, most aromatic rum the world has ever seen so that you could just put a little of that in… and it would still taste like rum.”

Muck pits were especially prevalent in the 19th century, and often contained various odds and ends like fruit, molasses and (so the stories go) even dead bats and rotting goat heads. They are still used today, thankfully minus the dead animals. The team at Long Pond Distillers use dunder to increase the acidity of their heavy wash fermentation. “It’s a key component to producing the high esters and aromas that is so typical of Long Pond rums,” explains production superintendent Craig Nicholson. “We use our muck pits to incorporate very complex organic acids into our heavy wash fermentation, which assists in adding the very rich flavours and components that you can find in our marks.”

Rum marks – sometimes spelt ‘marques’ – refer to the different types of new make made at each distillery. All Jamaican rum distilleries make a variety of distillates, ranging from light, low-ester rums to punchy, flavourful liquids. Each batch has a designated mark, which is registered with the Jamaica Spirit Pool.

“The rum marks are really the heritage of the distillery,” says Gabriel. “If you think about Long Pond, you think about the STC. You’re thinking about Clarendon, you’re thinking of the MMW.” So, what do the initials stand for? “They refer either to the creator [of the rum] or the distillery they were purchased from – for example, the VRW that belongs to Long Pond refers to Vale Royal Wedderburn, which is a style of concentration.”

Master of Malt @MasterOfMalt
3 hours ago
These summer evenings are bliss, and Balvenie 14 Year Old Caribbean Cask is the perfect single malt sundowner!

Master of Malt @MasterOfMalt
22 hours ago
Shake up some flashy cocktails and show off your flambé flair by mixing up a Maratini with @BrockmansGin Intensely Smooth.

Master of Malt @MasterOfMalt
22 hours ago
Try a sophisticated twist to your spritzes this summer with this combination of @ChambordLiqueur and Adami Bosco di Gica Prosecco... Berry delicious. On special offer now!