Think spiced rums are one-dimensional and sickly sweet? Think again! Modern day spiced rums can be complex, mixable and exceedingly delicious. And seeing as July is Rum Month we thought we’d bring you a pick of our favourites – be warned, they’re ridiculously tasty.

Over ice, with cola or stirred up into something a little more impressive, spiced rums are versatile crowd-pleasers – and will make you look like quite the star bartender when served in a Ginger Mojito at your next barbeque.

But where to start? Spiced rums are sticky and saccharine, right? Not necessarily. If you want to get dabbling, we bring you our favourites, in no particular order. Be warned: tastiness incoming. 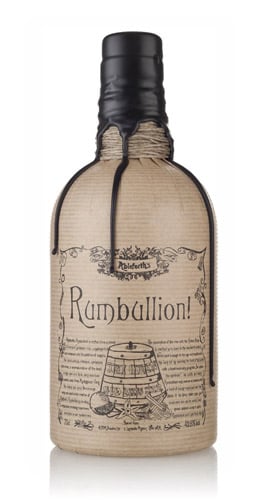 Often billed as a winter warmer, we say why not transcend seasons and crack out Rumbullion! all year round? Created by Ableforth’s, the maker behind Bathtub Gin, this spiced sensation is a blend of high-proof Caribbean rum, Madagascan vanilla, orange peel, cassia, cloves and cardamom – and is as divine over ice as it is with a premium cola. Give it a go! 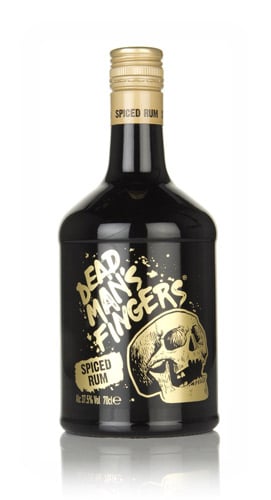 Made down in picturesque Cornwall by the folks behind the legendary Rum & Crab Shack in St. Ives, Dead Man’s Fingers is made from a selection of Caribbean rums, all expertly blended together with a bundle of spices. Excellent with ginger ale and a dash of classic bitters, all over ice. Delish.

A bit of a bartender’s classic, this one – it was originally made for Tales of the Cocktail, the on-trade extravaganza held in New Orleans every year. It’s made by infusing pineapple fruit in dark rum for three months – so it’s not technically a spiced rum, but it’s so extraordinarily good in a Mai Tai it simply had to make the list. 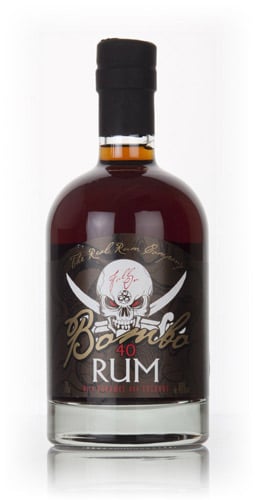 Why just sip spiced rum when you could eat it too? Well… drizzle it over desserts at least. Bombo’s Caramel & Coconut concoction, made in Cornwall to a 18th century recipe, is just as delicious over vanilla ice cream as it is over ice or with ginger ale. You know what to do.

Limes your jam? In which case, you’ll enjoy Admiral Vernon’s Old J Tiki Fire Spiced Rum. It’s a high-strength version of the vanilla and lime-forward Admiral Vernon’s Old J Spiced Rum but at a whopping 75.5% ABV. But don’t be alarmed – it still packs a punch in terms of flavour, and if you like your Rum Coolers on the robust side this is the perfect drop. 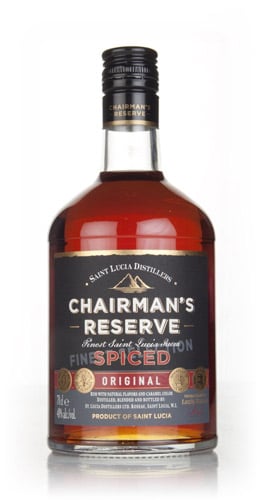 Excellent things to come out of Barbados don’t just include Rihanna tunes and incredible seafood. Enter Bumbu Original Rum! It’s made according to a recipe dating back to the 16 century which sees rum aged for up to 15 years blended with natural, local ingredients. We think the results are delicious, especially in a Banana Daiquiri.

Something a little closer to home now – Dark Matter Spiced Rum hails from Scotland! And it’s the perfect antidote to those who think Spiced Rum is only about sweetness. This one’s got notes of pepper, ginger, allspice and even green peppercorns in with the more typical dark rum flavours, and we love it.

Zipping back to tropical climes, and this perfectly balanced offering does bring out the sweet side of spiced rums, but it never becomes cloying. Instead it’s all about vanilla ice cream and creme brulee – if you like your desserts, this one is most definitely up your street. Give it a go in a Piña Colada!

We conclude our rum roundup on a mysterious note: this one is inspired by the legend of Atlantis, a sorceress and voodoo. All very dark and magical, hence Dark Magic Spiced Rum! Far less mysterious is its deliciousness – especially in a Blackbeard Old Fashioned. Pop 75ml Black Magic, 25ml of a good high-proof rum, 25ml cinnamon syrup and six dashes of bitters in a glass and stir with ice.

Q&A: Brian Ashcraft, author of Japanese Whisky: The Ultimate Guide to the World's Most Desirable Spirit