Why are some whiskies so expensive

Lauren Eads
3 Comments on Why are some whiskies so expensive

You may have noticed that there have been a flurry of fancy whiskies on Master of Malt recently such as the Yamazaki 55 Year Old and The Dalmore Decades. But what why are they so expensive? Lauren Eads takes a closer look.

Sometimes it’s obvious why a bottle of whisky costs the earth. A very old or very rare single malt will always carry a high price. That doesn’t mean it will be to your taste, but you can understand its value. The secondary market can dictate price and collectability. Novelty and uniqueness can also play a part. But how can you tell if a bottle is overpriced?

There are some basic factors that affect the price of Scotch, which go a long way in understanding value, no matter the price. 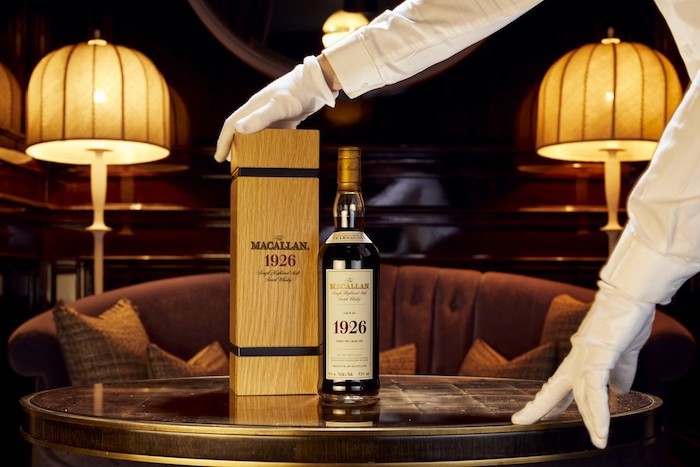 The older the better?

Quite often, yes, certainly when it comes to cost. The older the bottle, the higher price it will command. As a general rule, whiskies bottled before 2000 will carry a higher price tag, with this rising higher with those bottled before the 1990 when the 70cl bottle was introduced in Europe. Before then, bottles were labelled as 75cl, 750ml or 26 2/3 fl ozs, making them easy to identify. The same goes for bottles made from limited edition runs, which become rarer the older they get. In general, cask strength whiskies – bottled direct from the cask with no water added – also tend to be more sought after with a higher cost.

But a grand old age does not mean a whisky will taste any different or better to when it was first bottled. Its value will rise because there will be less of it on the market. Whisky doesn’t evolve once bottled (as wine does) – it’s inert with little to no oxygen ingress (unless closed with a cork, but that’s another debate). What you are buying is a drop of liquid history, frozen in time. The bigger factor is the amount of time it spent in cask, which determines a good proportion of flavour. Any bottle can be old, irrespective of its age statement, but a much smaller proportion of whiskies are aged in casks for significant periods of time. These older malts are much rarer.

Add to this the fact that distilleries have been running out of older casks for some time now, increasing the rarity of older malts and making the bottles that do appear on the market even more sought after (and expensive). In 2019 a single bottle The Macallan Fine & Rare 1926 60-year-old set a new world record after fetching £1.5 million (US$1.9m) at auction. Great for the distillery, and those that can afford it, but not great for the wider market. With older casks in shorter supply, many distilleries have introduced more no-age statement bottles in a bid to meet demand and help control prices. 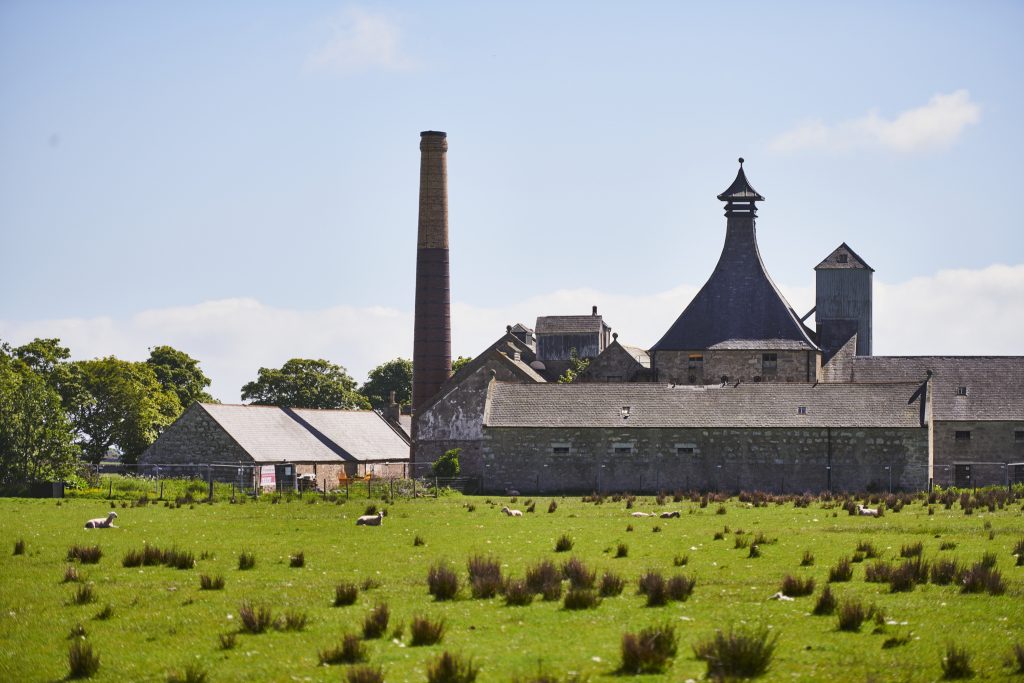 Brora is open again – what does this mean for the price of old single malts from this distillery?

What makes a whisky collectable?

Some brands are more coveted than others. Auctions play a big part in this, pushing up the price of certain brands. The Macallan still reigns supreme on the secondary market, but other collectable brands include Highland Park, Balvenie, Bowmore, Laphroaig, Ardbeg and The Dalmore, to name a few.

Bottles from silent distilleries, too, are more sought after. Rosebank, Ben Wyvis, Littlemill and Caperdonich are all good examples. As are Diageo’s Port Ellen and Brora, with pre-closure bottles still commanding a premium (Brora reopened in 2021 after a multi-million investment, with Port Ellen to follow).

Sometimes the fervour surrounding a whisky takes the industry by surprise. In 2020 Highland distillery Nc’Nean, founded in 2013, broke world records when bottle number one of its Ainnir single malt sold for £41,004 (US$54,183) during an online auction. Only 1,320 bottles of the no-age-statement whisky were made.

Love them or loathe them, critics can also build a brand’s prestige. Suntory’s Yamazaki achieved rapid growth after its Sherry Cask 2013 won the coveted Best Whisky Award in Jim Murray’s Whisky Bible 2015. Since then, prices have skyrocketed. 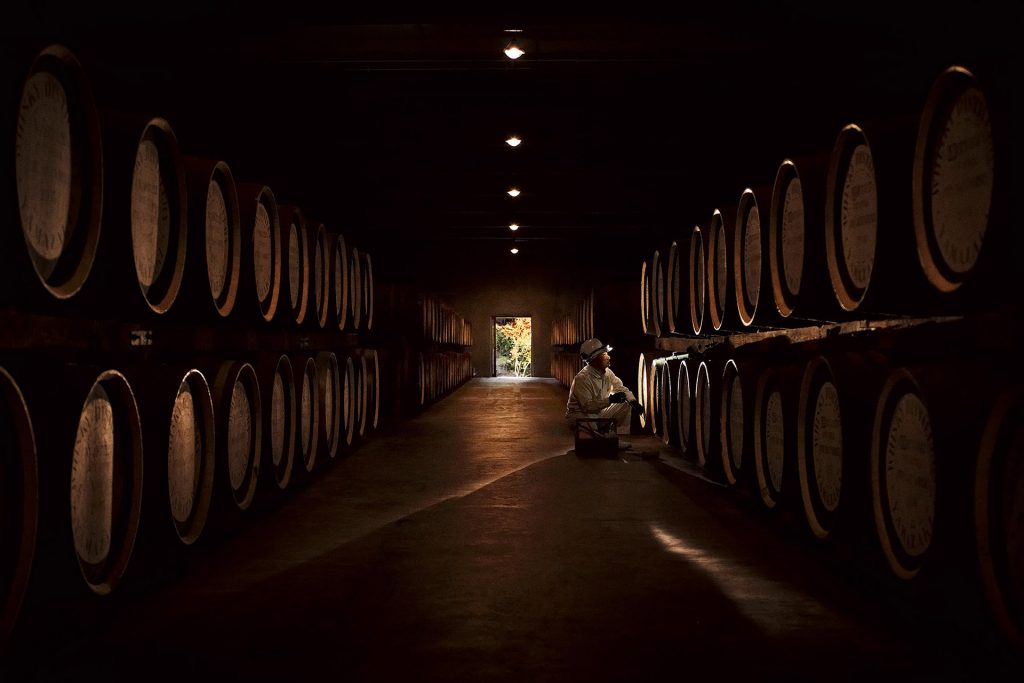 What about independent bottlings?

Independent bottlings are whiskies bottled by companies or individuals who are not part of the distillery, for example the Scotch Malt Whisky Society (SMWS) or The Boutique-y Whisky Company. But there are dozens more. Bottlers source casks and release small batch bottles of rare or unique malts. Historically, these bottles often used to be cheaper, they were considered a distiller’s cast off casks. Today, there is exceptional quality to be found. Many releases are one-off expressions that can be very collectible and command surprisingly high prices, while also adding to the diversity of whisky.

Then there are unprecedented events such as the Covid-19 pandemic. With many distilleries temporarily closing during 2020 due to restrictions production slowed with fewer casks filled. The Scotch Whisky Association said in May that during the first lockdown 87% of production sites were either “operating at reduced capacity or closed entirely”.

Consequently, some commentators have tipped whiskies produced in 2020 to become some of the rarest and most valuable. It will be some years before that theory is tested, but perhaps 2020 is as good a time as ever to invest in a bottle?

There’s no accounting for taste

The value of a Scotch can really be found at the intersection of its age, rarity and brand. Of course (investment purposes aside), none of these factors mean much at all if a whisky isn’t to your taste, no matter what it costs. If a particular dram sings to your senses, then the cost is merely a practical consideration. The enjoyment you get out of it – that’s where the real value lies.

Master of Malt @MasterOfMalt
2 hours ago
Pineapples and #rum in the sun anyone? Based upon a core of quality rum, naturally flavoured with tangy pineapple, Project #173 Pineapple Rum is perfect for some tropical summer serves. Save £4 today!

Master of Malt @MasterOfMalt
16 hours ago
Gather 'round golf fans, it's time to tee off at The Open Championship 2022! Enjoy the competition with a dram of single malt from @LochLomondMalts, and raise a glass to the 150th Open.

Master of Malt @MasterOfMalt
19 hours ago
Hop aboard and discover a whole host of delicious sippers from across the globe in our Rum Festival!