Tasmanian Whisky – Everything You Need to Know! (Part 4: Belgrove)

Michael Orson
1 Comment on Tasmanian Whisky – Everything You Need to Know! (Part 4: Belgrove) 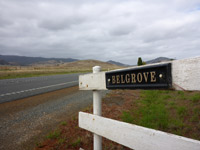 A fledgling distillery in Tasmania, Belgrove was set up by Peter Bignell, a farmer in the tiny town of Kempton. The distillery is rather tucked away off a seemingly endless road through the centre of the island. Arrive and you’ll find an unimposing white-wash outbuilding at the back of a farm – home to the Belgrove’s sole still.

Quite unlike most distilleries on Tasmania, Peter’s is one born of chance and circumstance rather than to satisfy a desire. In fact, it all started in 2009 when his farm had a surplus of rye. Peter, being a keen recycler with an interest in sustainability, decided to reuse the extra grain for whisky production, so he built himself a 600-litre copper still for both wash and spirit runs – quite a feat for a man with no previous experience in the whisky industry. 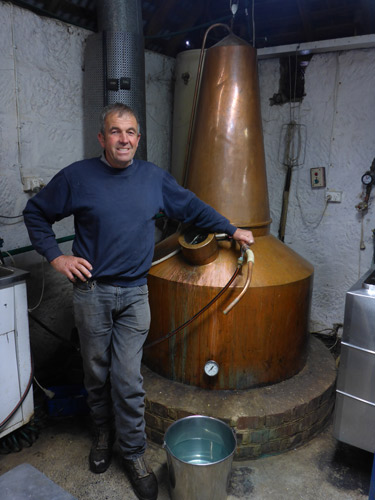 The still took six months to build, during which time panels were soldered together using copper from fallen power lines. All the while Peter was spending his days running a commercial farm. Eventually, however, the still was complete, and all that it required was a little fuel. Naturally, Peter sort a sustainable fuel source, so he settled on biofuel, made onsite using oil from a nearby roadhouse cafe. This worked well, and today it takes roughly one litre of waste oil to make every litre of rye whisky. 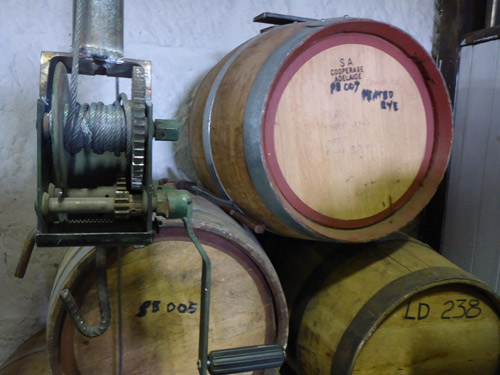 Overlooked by resident cat, Black Puss, the operation uses harvested rainwater which falls on the farm itself. Cooling water is sourced from Peter’s dam, and finally the waste water leftover is used to irrigate the next year’s rye crop. All in all, a thoroughly commendable endeavour.

It doesn’t stop there though. Peter describes himself as “enjoying a challenge”, which is definitely not inaccurate. To this end, he grinds the rye grain in an old (though completely clean, we must add) meat mincer. For a mash tun, an old dairy vat is employed (rented from his brother with payments made in whisky). And finally, peat is burned under a commercial tumble dryer to smoke and dry the grain – as you might have guessed, malting is carried out onsite. 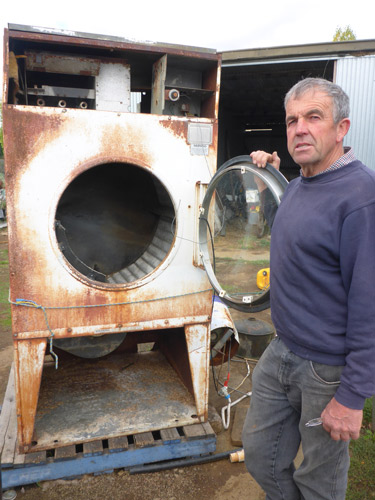 So far, Belgrove is a rye-only operation, and it stands out as Australia’s only distillery of both rye whisky and white rye spirit, distilling from King II Rye, grown on Peter’s 15-acre plot, all within sight of the distillery building itself.

With a mix of 20% malted rye and 80% raw rye in the mash tun, just 5,200 litres are produced per year, all of which is matured in 100-litre quarter casks which previously held things such as South Australian or French Wine. 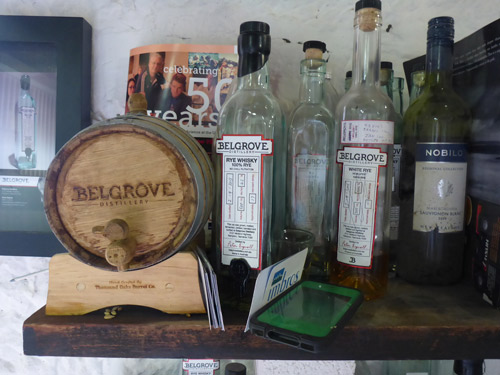 One of the more unusual, fascinating little distilleries we’ve come across, you’re probably wondering what the liquid is like. 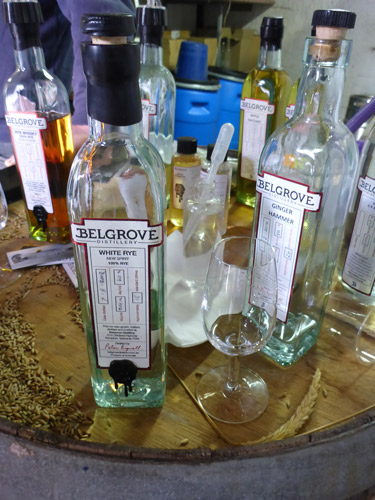 Nose: A rich, grainy, spicy nose with a touch of soft, sugar-like sweetness. All kinds of nutmeg and fiery paprika going on, with an almost herbal edge. It’s young and definitely in the new make category, but it’s rather interesting nevertheless.

Palate: Creamy sweet palate entry, with a fiery rush of toffee and chilli. Hints of juicy sultanas develop. It becomes extremely fruity with time on the palate.

Finish: A medium-long, earthy finish with plenty of peppery rye spice on the tail.

Overall: More complex and interesting than anything like it we’ve tried.

Moving up in gear, next up we have the Rye Whisky, bottled 2% higher in ABV than its younger counterpart. 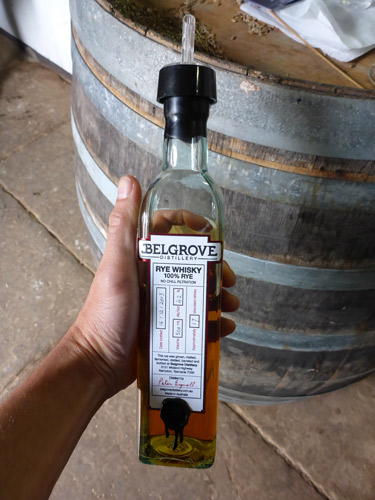 Palate: Mint and toffee popcorn with a thick slice of toasted rye bread, served with honey and butter. A dash of ground fennel appears late palate, where the oak grip starts to take hold.

Overall: This is a very interesting, tasty little whisky.

With a peated expression on the way, as well as Ginger Hammer (self-styled as “ginger beer on steroids”), and a rather fascinating oat whisky, the stable is surprisingly varied for such a young operation.

Whilst the price tags may put these spirits out of the budget of many (around $150 [AUD]), we believe the sheer sustainability and uniqueness of the operation make Belgrove a distillery to take note of – if you get a chance, give it a try!