Today, we’re dreaming of Spain while sipping the latest release of a very special dry sherry called Manzanilla La Gitana En Rama. Just add gordal olives and you could be in Andalusia.

As we still can’t easily travel abroad, my wife and I often talk wistfully of where we’d like to be rather than sitting in our garden in Kent. Usually, it’s outside a bar in Sanlúcar de Barrameda in the south of Spain, sipping chilled Manzanilla sherry and eating tortillitas de camarones – addictive fritters made from tiny shrimp.

Well, we can’t eat tortillitas de camarones, mainly because we don’t know where we would get the camarones from but we can drink sherry and eat Spanish snacks. We should probably buy shares in Brindisa the amount we’re spending on chorizo, manchego and, best of all, chunky gordal olives. Naturally, there’s always a bottle of sherry in the fridge. Or should be if someone hasn’t drunk it. Tristan Stephenson, the Curious Bartender, touched on this when we spoke to him recently:

“I tend to have a bottle of sherry in the fridge anyway, well, actually that’s a lie, it tends to get drunk and then I don’t have one! But I always say I have one… I always want to have one, in the fridge”.

It seems we’re not the only ones. Last year sherry sales were unusually strong which one producer put down to the holiday at home syndrome. If you’re missing Spain, then there’s no better palliative than sherry and tapas.

What is en rama sherry?

If I close my eyes with the sun shining and a chilled glass of Manzanilla La Gitana En Rama in my hand, I could almost be back on a magical spring holiday we took in Sanlucar a few years ago.

Magical at least for the grown-ups, our daughter did get a bit bored during the five hour visit to Bodegas Hidalgo La Gitana in the company of Fermin Hidalgo. Sherry tastes even better when drunk straight from the barrel via a venencia, a cup on a stick which you have to learn how to use if you want to be taken seriously in the sherry region.

For a long time, this unfiltered, straight-from-the barrel taste was only available to visitors but in the past 20 years, sherry producers have started bottling wines ‘en rama’. The word ‘rama’ literally means ‘branch’ or ‘on the vine’ which translates roughly as ‘in its natural state’.

It’s become an annual tradition, much-anticipated by wine lovers. The cellar master at bodegas like Hidalgo or Gonzalez Byass in Jerez (Tio Pepe’s 201 en rama release is available here), pick out a few exceptional casks. These are then bottled with only a very light filtering. Each annual release is different and the wines change in bottle. Drink them young for maximum freshness or keep them to gain nutty complexity.

‘La Gitana’ means ‘the gypsy’ and it’s the bestselling Manzanilla sherry in the world. A Manzanilla is a type of Fino which is made only in Sanlúcar de Barrameda where the salty sea air imparts a saline-tang to the sherry. Or so it seems. Anyway, this part of the sherry region is famous for the freshness and sheer drinkability of its wines.

A Manzanilla is a dry wine, very lightly fortified to 15% ABV and aged under flor, a layer of yeast, that keeps it protected from the oxygen. It’s blended in a solera before bottling (learn more about sherry here). At Bodegas Hidalgo, they only use Palomino grapes from their own vineyards and ferment using wild yeasts.

The standard bottling is excellent but the ‘en rama’ is something else: nuttier and more complex but all the time with that fresh saline tang. Some years, it’s incredibly rich, but this year, it’s particularly refreshing and delicious. It can both be enjoyed in a carefree party mood, or sipped slowly, lost in concentration.

The more I drink fine dry sherries like this, the more I think that they have more in common with white Burgundy than the sticky brown concoctions that many still associate with sherry.

Don’t get me wrong, I like the sticky brown concoctions, they’re especially good for sweetening cocktails, but a Manzanilla en rama is a very different proposition. If you’re new to sherry, chill the wine and serve with some olives and almonds. The first glass might taste a bit odd if you’re used to very fruity wines like Sauvignon Blanc but by the second, I promise you’ll be hooked.

There’s really no easier way to travel to Spain this summer.

Nose: Green apple, bready with floral and saline notes like smelling the sea.

Palate: Intense freshness, fruit like lemons and a Cox’s apples, salty and then creamy.

Master of Malt @MasterOfMalt
7 hours ago
On the lookout for some tasty Japanese whiskies? Then please enjoy this selection. 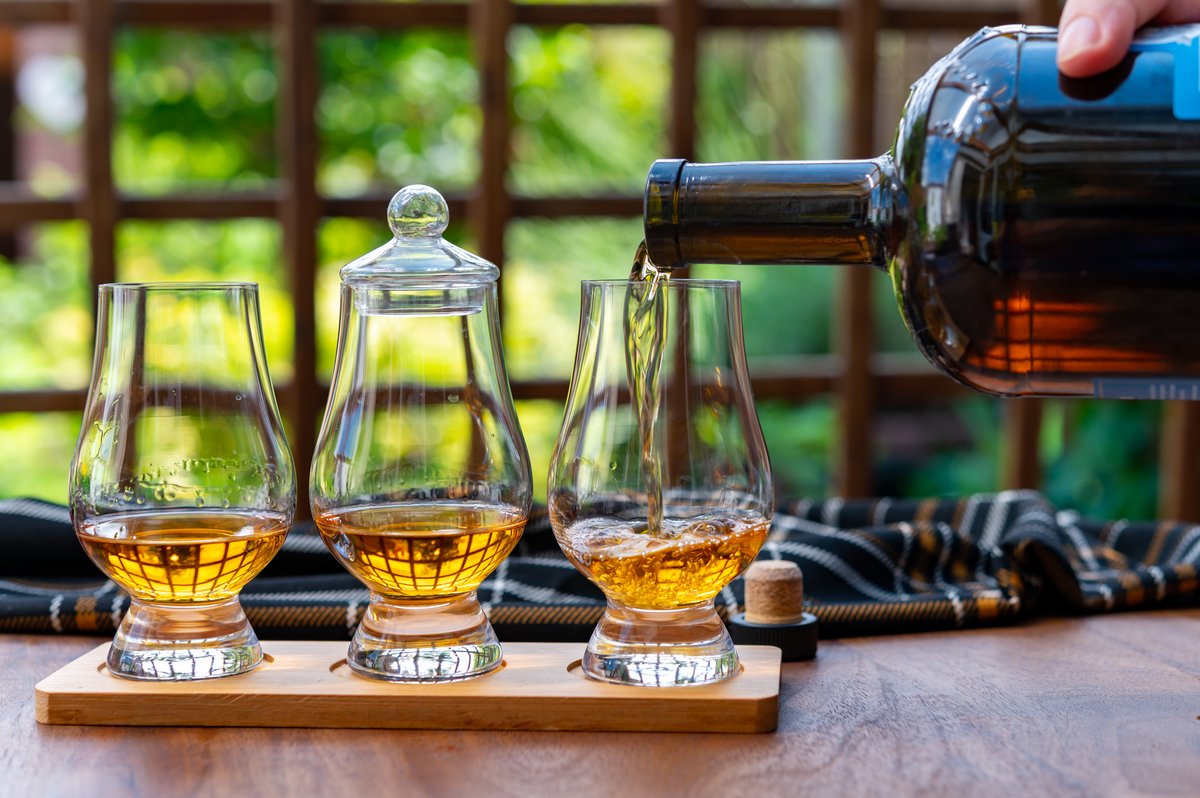 Master of Malt @MasterOfMalt
9 hours ago
We've gone and made it so if you order a tasty treat before 2pm on a Sunday and select 'Next Day Delivery', your deliciousness will arrive on Monday! We promise we are not using time travel to make it possible. Honest.

Master of Malt @MasterOfMalt
12 hours ago
This week’s #cocktail was invented by a true legend of the bar, Joe Scialom from Shepheard’s Hotel in Cairo. He combined bourbon, gin, lime and ginger beer to create the Suffering Bastard! https://t.co/XASneFcaLT
View on Twitter
4
6

The winner of a VIP trip to the Lakes Distillery is...