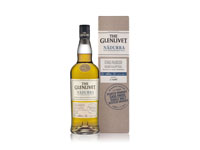 This summer saw The Glenlivet overtake Glenfiddich to become the best selling single malt Scotch whisky in the world, having enjoyed +11% net sales growth in the last financial year. The gap had been steadily closing for a long time and this follows The Glenlivet’s milestone of selling over a million nine litre cases in a year by last September.

In September of this year they also began work on another *huge* expansion project at the distillery, doubling the capacity to 21 million litres(!), which will make it the largest malt whisky distillery in Scotland. It was only back in 2010 that the capacity was increased from 6 million to 10.5 million litres, an increase that was larger than the capacity of most distilleries. When Pernod Ricard-owned Chivas Brothers stated that their mission was to make The Glenlivet the number one single malt back in 2004, it seemed extremely ambitious (at the time Glenfiddich outsold them around 2:1). Their growth, especially in the last five years, has been nothing short of astonishing. 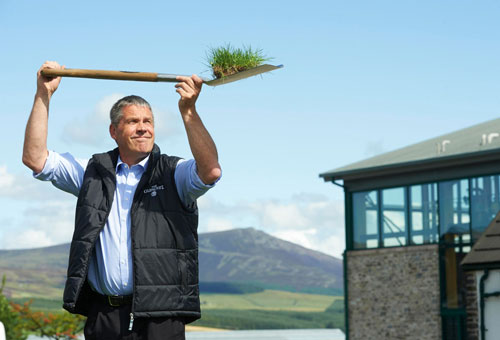 The traditional regarding of the sod.
Regard it!

Wednesday night wasn’t about all that though. Wednesday night was about something else Chivas Brothers and The Glenlivet thought up back in 2004 – a whisky that looked backwards as much as it did forwards. As Master Distiller Alan Winchester says, “Nàdurra* captures the original passion behind George Smith’s distillery” and it’s “the purest expression of The Glenlivet”, being bottled at cask strength without using chill filtration, nor adding caramel (‘Nàdurra’ being Gaelic for ‘natural’).

Back then Nàdurra also meant first-fill bourbon 16 year old, of course, but last year they shook things up to create a range of no age statement “cask experiences”. First came the launch of a first-fill Oloroso Nàdurra, followed by a virgin oak Nàdurra. The third addition will complete the set, for the meantime at least, as attentions turn to the expansion works. (At the time of writing we do also have a batch of the aforementioned ex-bourbon 16 Year Old Nàdurra in stock too…) 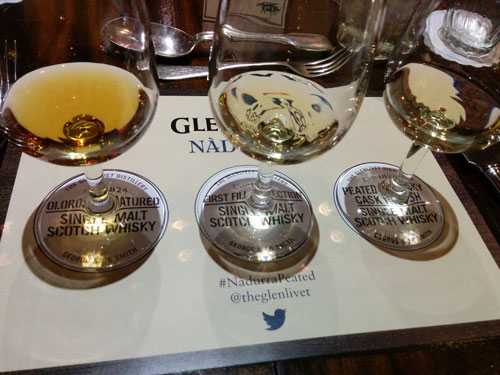 The latest release in the series isn’t a no age statement first-fill ex-bourbon cask expression, but that’s exactly where most of its maturation takes place. It’s then finished in casks that previously held heavily peated (Speyside peat, as I understand it) Scotch whisky. It’s an interesting one as it addresses the fact that if you’re setting out to create a whisky that George Smith would recognise, you do have to appreciate that peat was used at the distillery in his day. Glenlivet today is unpeated (whilst it has been suggested in the last few years that they may look into very small runs of peated spirit there’s nothing to suggest that stocks exist, certainly not at bottling age), so using peated casks for a finishing period is a novel solution even if it bends ‘natural’ somewhat. 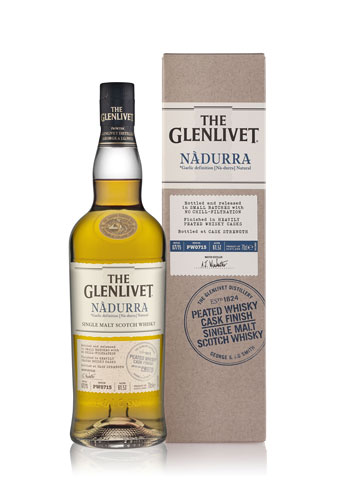 Having had a fantastic Master of Malt exclusive Islay Cask Balblair a couple of years ago as well as Batshit experimentations of our own (such as Darkness! Ardbeg Aged and Lightly Peated Cask Aged Bathtub Gin), I was excited to see how this Nàdurra would turn out.

Nose: Tangy and ‘fizzy’, old fashioned lemonade and hints of Orangina or Buck’s Fizz even. There’s gooseberry and a touch of coconut and foam banana. Raspberry and rhubarb develop. The peat comes through as nutty malted barley.

Palate: Tasting this alongside Ian Logan, he explained how his favourite tasting notes are the ones that get right to the point, so here you go: Peat & Pear Drops.

Overall: “Tang” seems to be the word here. It was the first word I noted down, shortly before Alan Winchester started describing how “the tang arcs with the peat” and long before seeing “rich tangy marmalade” in the official notes. Fruity Glenlivet combining well with considered use of peated casks.

* A note on pronunciation – most people seem to say Nad-urr-a, but there’s little consensus. Alan Winchester offers up a more accurate alternative, whilst International Brand Ambassador Ian Logan suggest that the correct Gaelic pronunciation is like Alan’s, but with a ‘t’ sound instead of the ‘d’, which gives you something like “natterer” (as in one who natters) only replace the ‘er’ at the end with an ‘a’ sound. Got it?

Master of Malt @MasterOfMalt
19 hours ago
Shake up some flashy cocktails and show off your flambé flair by mixing up a Maratini with @BrockmansGin Intensely Smooth.

Master of Malt @MasterOfMalt
19 hours ago
Try a sophisticated twist to your spritzes this summer with this combination of @ChambordLiqueur and Adami Bosco di Gica Prosecco... Berry delicious. On special offer now!

Around The World In 80 Drams - Week 6 - Domaine Dupont