Calvados may well be the best-known variety of French apple brandy – but skip across the Channel, and you’ll find a burgeoning cider-based spirits scene right here in the UK. Here, we’ve picked out five British apple brandies to wet your whistle, no Eurostar required…

The first reference we have about distilling apple cider brandy is in a book called A Treatise of Cider by John Worlidge which was published in 1668, explains Matilda Temperley, director of the Somerset Cider Brandy Company. The farm can be found within 180 acres of cider apple orchards at the base of Burrow Hill in south Somerset, and was granted the UK’s first ever full cider distilling license in the 1980s. Today, its brandy has protected geographical indication (PGI) status. “The cider we distil is especially made for this purpose,” Temperley continues. “It is very pure with nothing added and contains at least 20 varieties of traditional cider apples. At the moment we are the only people in the UK to legally use the term Somerset Cider Brandy, because ‘brandy’ is tied to our PGI. Anyone else making aged cider spirit must use the term ‘cider spirit’.” 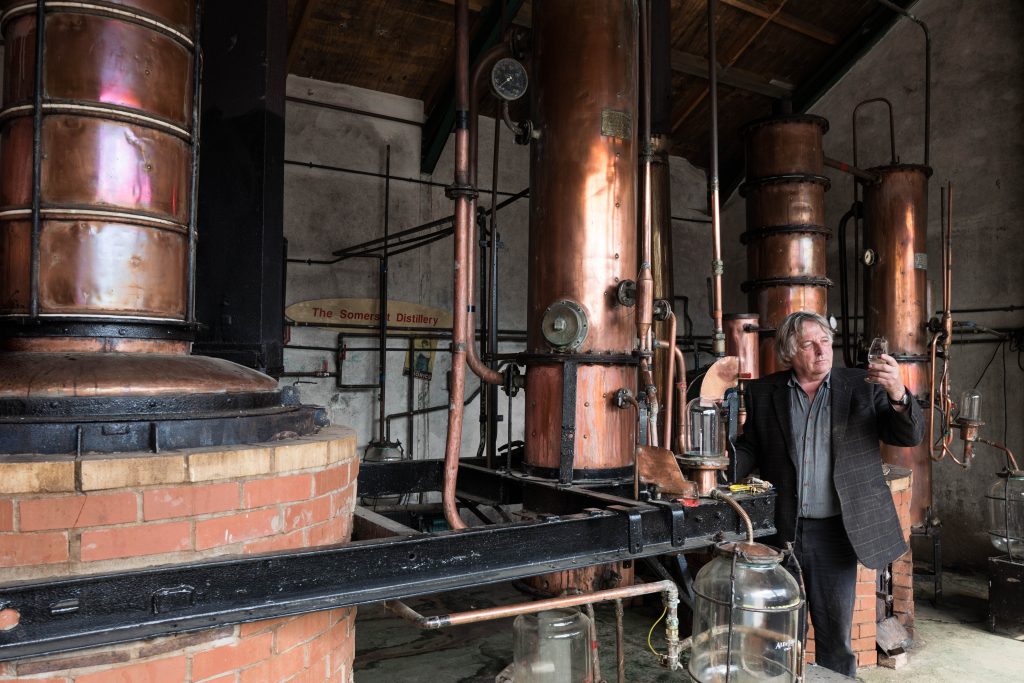 Matilda’s father, Julian Temperley, pioneered the resurrection of the category, paving the way for other apple enthusiasts to get stuck in – people like Chris Toller, co-founder of Shropshire’s Henstone Distillery, which opened its doors in 2016. His brandy is distilled in a 1,000-litre pot column hybrid still named Hilda and matured in new American oak barrels.

Two of Henstone’s four founders own a brewery that also produces cider, “so it seemed obvious that we should distill it!” Toller says. “We named our spirit Nonpareil after one of the apple varieties used to make the cider. The Sweeney Nonpareil is a native Shropshire apple that almost became extinct in the 1970s and now features in our orchard here at the distillery.”

While the category as a whole remains very much under the radar, the emergence of independent cider producers across England, Wales and beyond will mean there’s plenty of produce to distil. We can only hope to taste the fruits of their labour in aged form over the years to come, so long as British cider brandy continue to pique the interest of drinks fans.

“There’s talk of a brown spirit revolution, which is encouraging,” says Temperley, adding that production can be a painstaking process – there are brandies ageing for up to 25 years at the Somerset Cider Brandy Company farm. “We have just built a new bonded warehouse to double our output, so we are feeling positive,” she says.

While we wait for those – and others – to come of age, here’s our pick of five phenomenal cider-based spirits from around the UK…

From: Henstone Distillery, Shropshire
Henstone Nonpareil is made by distilling Stonehouse Brewery’s Sweeney Mountain Cider in a pot column hybrid still. The use of the columns means the process is equivalent to five individual distillations, resulting in a “very smooth distillate”, says Toller. Maturation in new American oak barrels introduces “a pleasant vanilla flavour and a little smoke on the nose,” he adds.

From: Somerset Cider Brandy Company, Somerset
Billed as the South-West’s answer to Calvados, thanks, in part, to the Coffey still used to make it, Shipwreck Single Cask Cider Brandy is a unique proposition. The 10 year old brandy distilled from cider has been finished in shipwrecked Allier oak barrels from the MSC Napoli, which ran into difficulty en route to South Africa back in 2007. Hence the name. 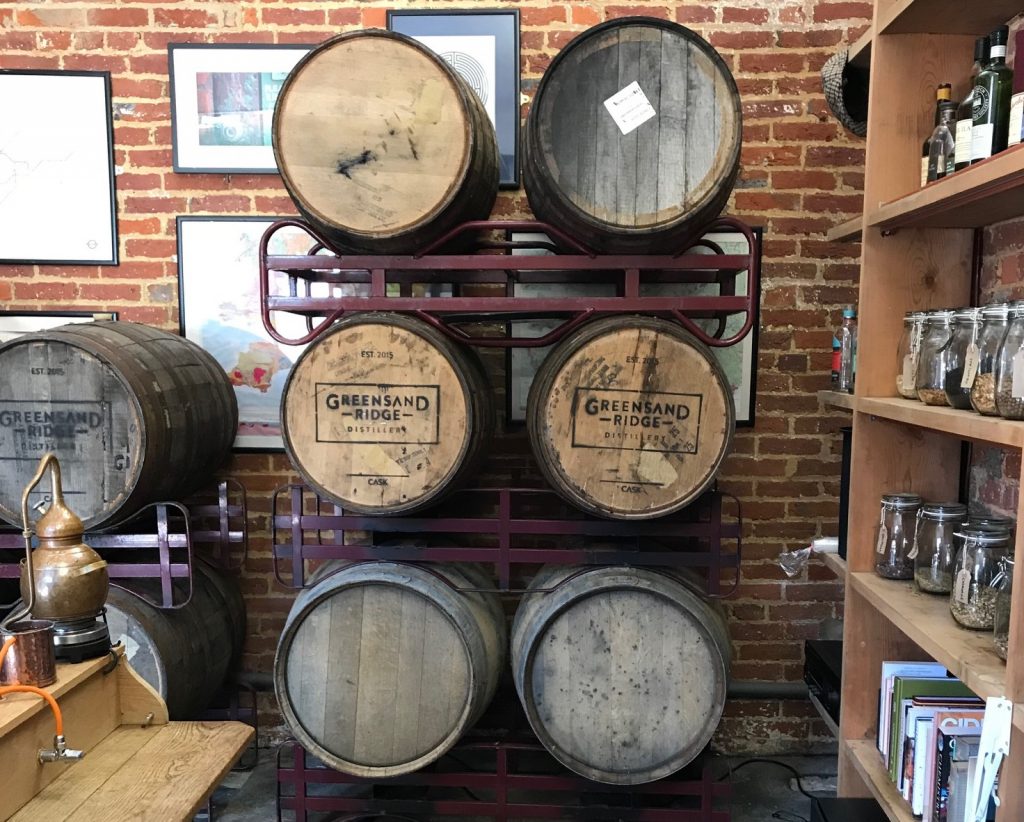 From: Greensand Ridge Distillery, Kent
Dubbed the “whisky of the Weald” (by its producer), Greensand Ridge Apple Brandy is made from sweet dessert apples collected from fruit growers across Kent and Sussex. After a long fermentation, the cider is distilled and aged in ex-bourbon barrels. Since the apples are surplus, the varieties and ratios changed year-on-year – this bottling is made with 60% Gala and 40% Mairac.

From: Dà Mhìle Distillery, Wales
Fantastic liquid from the folks at Welsh distillery Dà Mhìle, which is made from organic wild apples foraged from their own farm as well as the nearby valleys. The fruit is first made into cider, then quadruple distilled and aged in former French red wine barrels for a year. Rich, rounded and very moreish.

From: Fowey Valley Cider, Cornwall
The folks at Fowey Valley distill their vintage cider an honourable five times before laying the liquid down in new American oak barrels for a minimum of one year. Expect black cherry and sandalwood on the nose, with nuts, molasses, raisins liquorice and pepper on the palate. Sound good? Of course it does.

Master of Malt @MasterOfMalt
5 hours ago
. @RosebankWhisky Distillery launches 31-year-old whisky, the last ‘old Rosebank’ release before the distillery is reopened to the public next year.

Master of Malt @MasterOfMalt
6 hours ago
On The Nightcap this week: @johnniewalker_ gives away 270,000 drinks, @RosebankWhisky launches its last old release before the distillery reopens, and the cheapest pint in the UK is revealed.

Master of Malt @MasterOfMalt
11 hours ago
Showcasing some rather unusual African botanicals, it's Elephant Gin! Ever wanted to taste baobab, the Buchu plant, Devil's Claw and African wormwood? This is the tipple for you!

The winner of our Spirit of America competition is...