We were delighted to sit down with master blender Dr Rachel Barrie and taste through some bottles from one of our favourite distilleries including a very special £20,000 GlenDronach Aged 50 Years, the distillery’s oldest ever release.

Last year there was something of a furore among whisky fans when it was discovered that the words “‘non-chill-filtered’ had been removed from GlenDronach’s packaging.” Ralfy, the great whisky Youtuber, spoke out about this on his channel, and later followed up after the distillery’s PR team had got in touch.

It’s worth watching both posts, and reading our article on chill filtering to see what all the fuss is about. What is apparent, however, is that the high emotions show the sheer love amongst the whisky community for GlenDronach’s single malts. Ralfy himself commented that on the evidence of the 15 and 18 year old expressions, GlenDronach was “frontrunning contender” for the crown of “best single malt in Scotland.”

So when we were invited to an online event to taste through the GlenDronach range culminating in a tiny sample of the soon-to-be-released GlenDronach Aged 50 Years, you could say we were pretty keen. And yes, we will be getting some in, keep an eye on our New Arrivals page. The other expressions, you can just buy now.

The event included master blender Rachel Barrie (below), distillery manager Alan Mcconnochie and was hosted by FT drinks columnist Alice Lascelles, and beamed live from GlenDronach via the medium of modern satellite communications. Lascelles, who had spent the day at the distillery, commented on the unusual wine-like smell from the washbacks. According to Barrie, this “richness of dark fruit” is the GlenDronach signature along with European oak Oloroso and PX sherry casks. 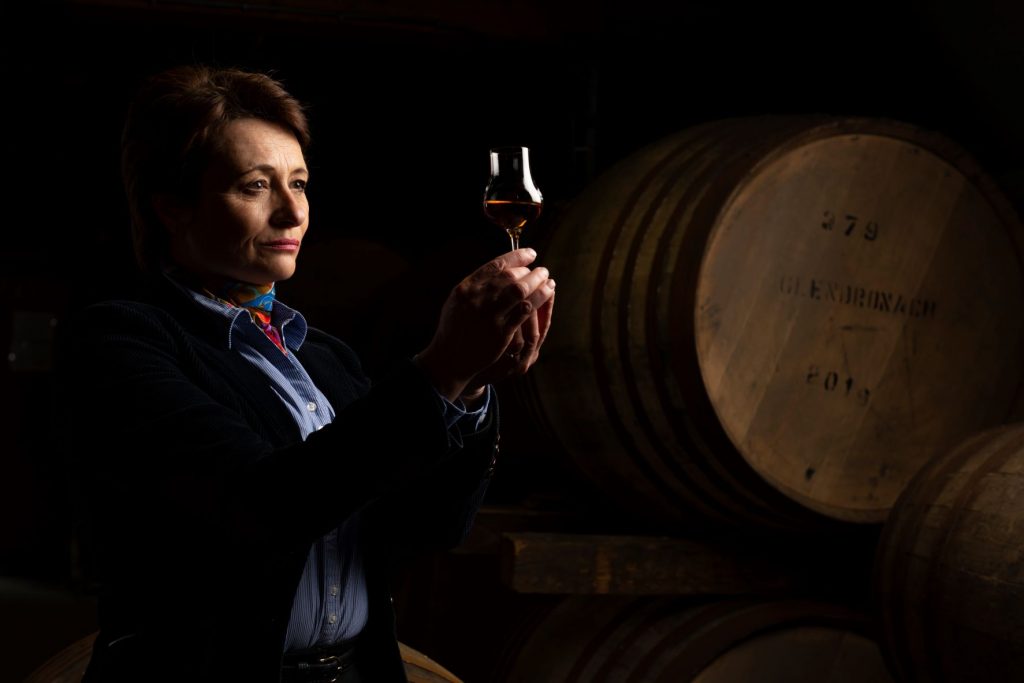 Look at the colour on that!

Before we got onto the GlenDronach Age 50 Years, we tried some of the core range:

This is aged in a combination of Oloroso and Pedro Ximénez casks. According to Barrie “this is the whisky that I spend most time on.” Each batch is made from around 65 casks with PX the majority. It’s bottled at 43% ABV and all natural colour.

The GlenDronach 18 year old Allardice is named after the distillery’s founder, James Allardice. It is matured completely in Oloroso sherry casks and bottled at 46% ABV. According to the distillery manager, Alan Mcconnachie, this is his favourite.

Nose: Very rich, fruitcake, orange, dried apricot,  and spice, you can smell the casks. Plus there is ginger, toffee, and fudge with those cherry and peach notes coming through. Great nose. 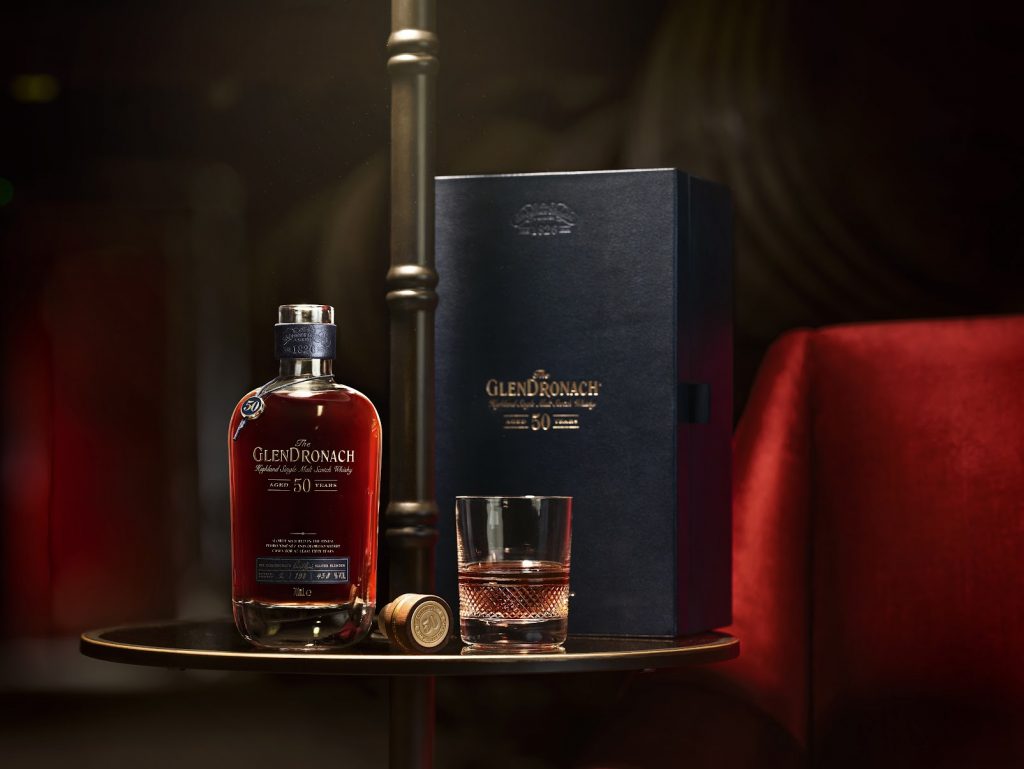 Remember there is no right or wrong way to drink this. Try it in an Old Fashioned, or with coke

This was distilled in 1971 using direct-fired casks, the distillery switched to steam in 2006. It’s made up of two casks, a PX and an Oloroso, aged in GlenDronach’s dunnage warehouse. According to Barrie, they would have been filled for blends with no plan to keep them for longer than 10-12 years. Alcohol at 43.8% ABV was “dangerously close to not being classed as whisky” Barrie said. It’s the oldest expression ever released by the distillery as Barrie explained:

“The GlenDronach Aged 50 Years is the most prestigious expression of what this timeless, richly-sherried Highland single malt Scotch whisky has to offer. It has been a privilege to be the final custodian of our oldest expression to date, passed down through generations. The result is a hand-crafted Highland single malt that tells a story of rare dedication, of which The GlenDronach Aged 50 Years is the rarest of them all.”

So what did we think? Well, it’s quite an experience. The colour is something to behold, like a treacle. It looks more like a very old sherry than a whisky. The smell is incredible, and the taste is pretty uncompromising, dry and almost salty, again like a very old dry sherry. It’s very different to some other old whiskies we have tried like the Singleton of Dufftown 39 Year Old which was finished in first-fill casks. This, in contrast, is a no holds barred uncompromising very old single malt. Here’s the full tasting note:

Palate: So dry and intense, uncompromisingly dry. It’s a whisky you can feel as much as taste. Then come the nuts plus vanilla, creme brulee, and bitter dark chocolate. Very very complex. With time, sweeter notes start to appear. You do really get that dark cherry note strongly.

As I said, it’s quite an experience.

Only 198 bottles have been filled and RRP is £20,000. We will be getting stock in so sign up to our mailing list and keep an eye on our New Arrivals page.