What’s the difference between Canadian and American rye whisk(e)y?

Annie Hayes
2 Comments on What’s the difference between Canadian and American rye whisk(e)y?

When it comes to North American rye whisk(e)y, the difference between Canadian and American production is more than merely geographical. Here, Allen Katz, co-founder of New York Distilling Company, and Dave Mitton, global brand ambassador for Lot 40 Rye Whisky, discuss the categorical intricacies that make their rye-centric spirits so unique…

Speaking at the latest Spirited Sessions virtual masterclass, Allen Katz, distiller and co-founder of New York Distilling Company, and Dave Mitton, global brand ambassador for Lot 40 Rye Whisky, took a deep dive into the world of rye, looking at the categorical differences, rise in popularity, and expansion of this North American whisk(e)y style.

Safe to say, we learned a lot. When it comes to discerning the fine details of North American distilling, who better than Katz, who himself created the new Empire Rye category, and Mitton, a key name in the resurgence and popularity of Canadian rye, to walk us through the differences in production style across the Canada-US border.

Naturally, Canadian whisky must be mashed, distilled and aged in Canada, while American rye must be mashed, distilled and aged in the US. And to qualify under Katz’ new Empire Rye designation, the process must be undertaken at a single New York State distillery (New York is nicknamed the Empire State). But there’s far more to these categories than the location of their stills. Looking across mash bill, fermentation, distillation, maturation and blending, here are the key differences between Canadian and American rye whisk(e)y: 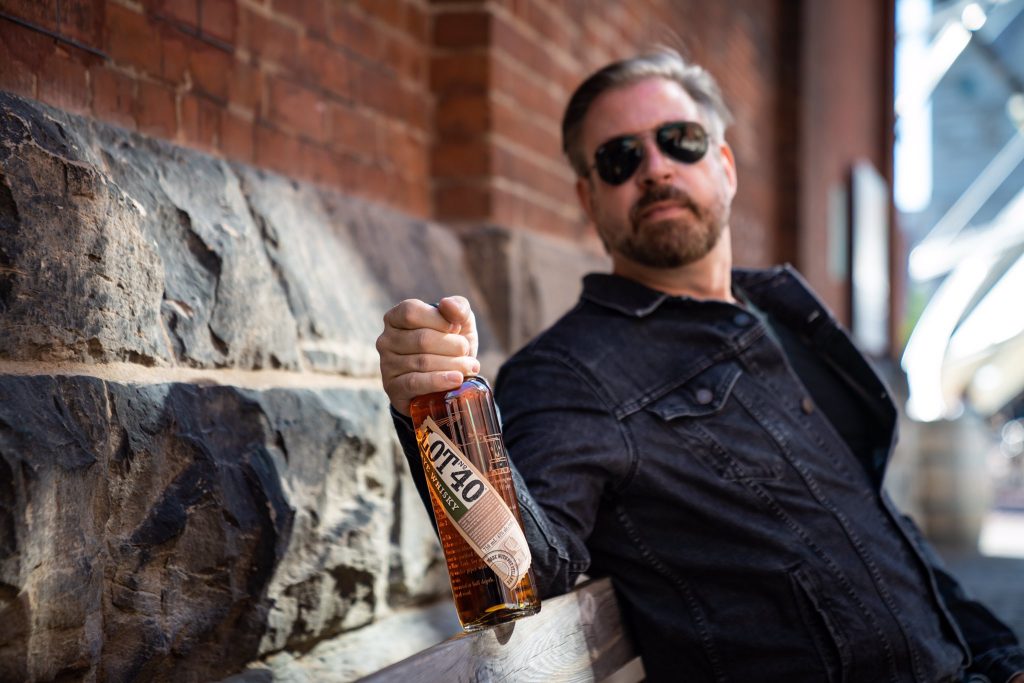 To confuse matters slightly, Canadian whisky is often referred to as rye whisky, because historically much of the grain content was rye, but there’s no law requiring distillers to add it. In some bottlings, the corn-to-rye ratio may be as high as 9:1, while others contain up to 100 per cent rye. Either way, ‘Canadian rye whisky’, and ‘rye whisky’ might feature on the label, regardless of whether the liquid actually contains rye.

Canadian whisky traditionally produces 100 per cent mash bills – principally corn and rye, but also wheat or barley. Lot 40 is made entirely from rye, but where other grains are used, they’re all kept separate throughout the process, says Mitton. “All of the corn, rye, wheat and barley are fermented separately, distilled separately, and aged in different types of casks for different amounts of time,” he says.

By contrast, American rye whiskey has a mash bill of at least 51 per cent rye, with the remainder typically made up of corn and malted barley. Unlike Canadian whisky, the grains are blended in the mash. The rye percentage can vary hugely between distilleries. “Right now, our concerted mash bill is 75 per cent rye, 13 per cent corn, 12 per cent malted barley,” says Katz. 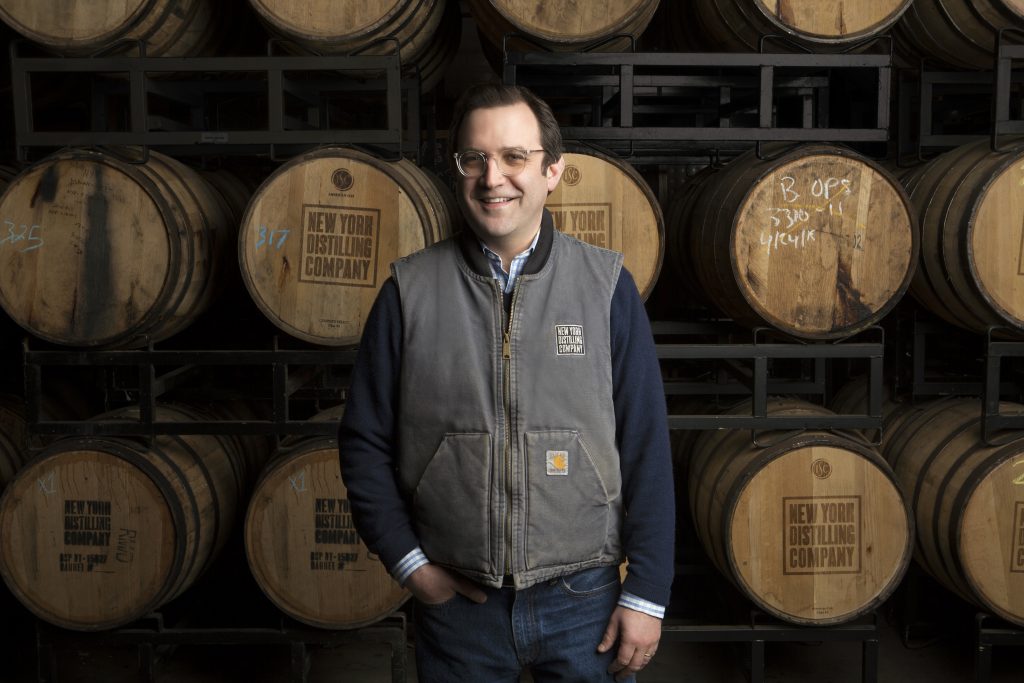 Not only is rye mash typically much thicker and gooier than other grains, but it’s known to foam up heavily during the fermentation process. To counteract this, Canadian distillers mostly ferment with exogenous (externally-sourced) enzymes. “The rye mash tends to foam due to lack of oil content in the grain,” says Mitton. “We add glucanase enzyme to the fermentation, which spins out the mash. Rye has lots of glucanenes, which is a type of sugar that makes it sticky and glucanase breaks down glucans and reduces the viscosity of the mash.”

American rye distillers, meanwhile, typically use a mix of exogenous and endogenous (naturally-occurring) enzymes – or, like Katz, simply avoid filling their fermenters to capacity. “If a mash tun is 3,000 litres, we probably don’t feel it much past 2,600, because it will foam up,” he says. 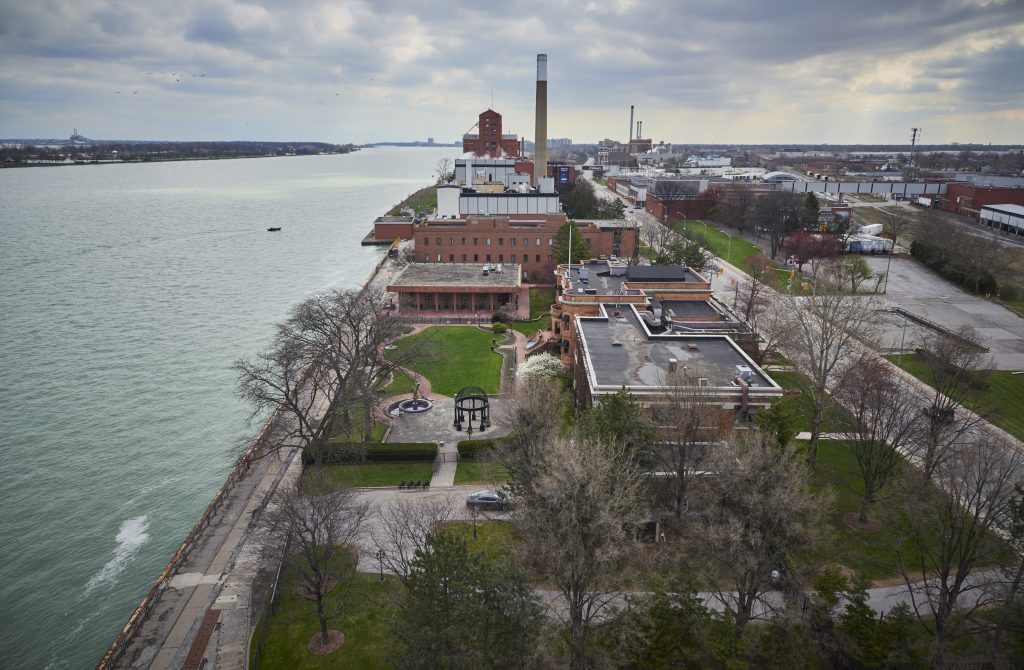 In Canada, the base spirits are typically distilled to between 180 and 190 proof (90 – 95% ABV). This results in fewer congener by-products, making a lighter-tasting new make. Much like bourbon production, American rye whiskey-makers must distil no higher than 160 proof (80% ABV), thus retaining more of the flavour compounds in the distillate. The regulations “don’t say what type of still it has to be,” says Katz, though most use column still and double distillation, and there there are no cut points set out by law. 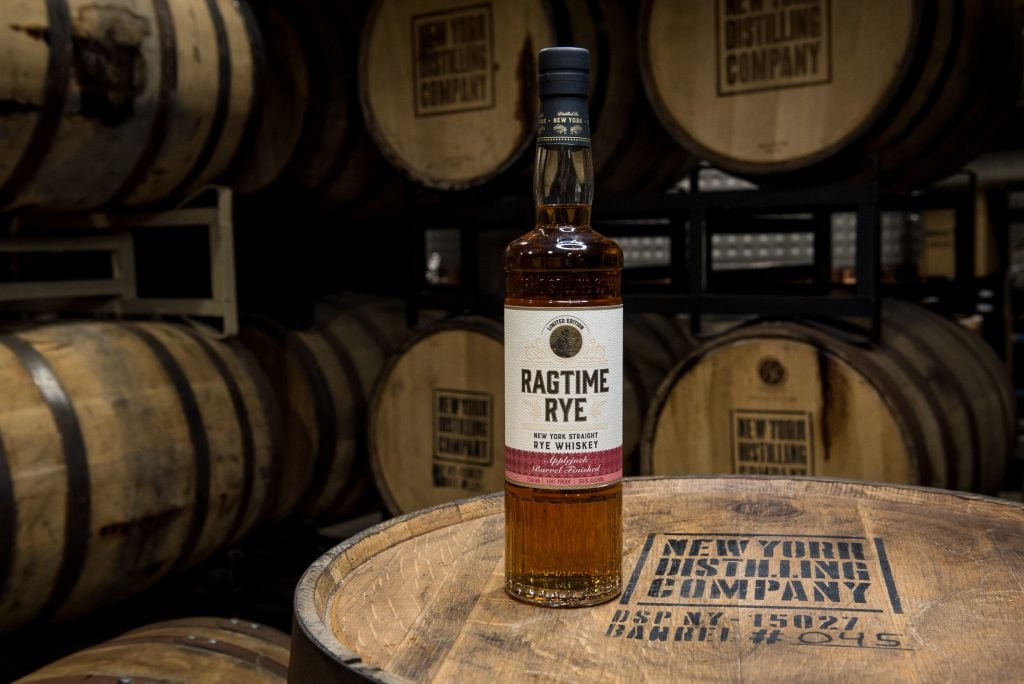 Canadian whisky must be aged in small wood barrels (700 litres or less) for a minimum of three years, and this applies to all whiskies used in the final blend. There are no specifications about the type of wood that can be used – different oak varieties such as Hungarian, Canadian, or French; charred or uncharred, ex-bourbon barrels, ex-fortified wine barrels, ex-brandy barrels, etc. – so distillers frequently blend whiskies aged in different types of barrels.

Across the border, American distillers face stricter rules. For American rye whiskey, the distillate must begin ageing at no more than 125 proof (62.5% ABV), says Katz, and “has to be aged in a charred new oak ‘vessel’. It doesn’t say barrel. I guess you could build a box if you wanted to.” There’s no minimum ageing period, unless you want to call it ‘straight rye whiskey’, which requires a minimum of two years in the barrel – again, no specification on the size.

For Empire Rye, the distillate must be below 115 proof (57.5% ABV) when it goes into the barrel, mostly due to “a historic stance going back to the 18th-century styles of rye whiskey”, says Katz, but also “to see if there’s some kind of resolute quality amongst Empire rye that perhaps could also be attributed to a lower barrel entry proof.” 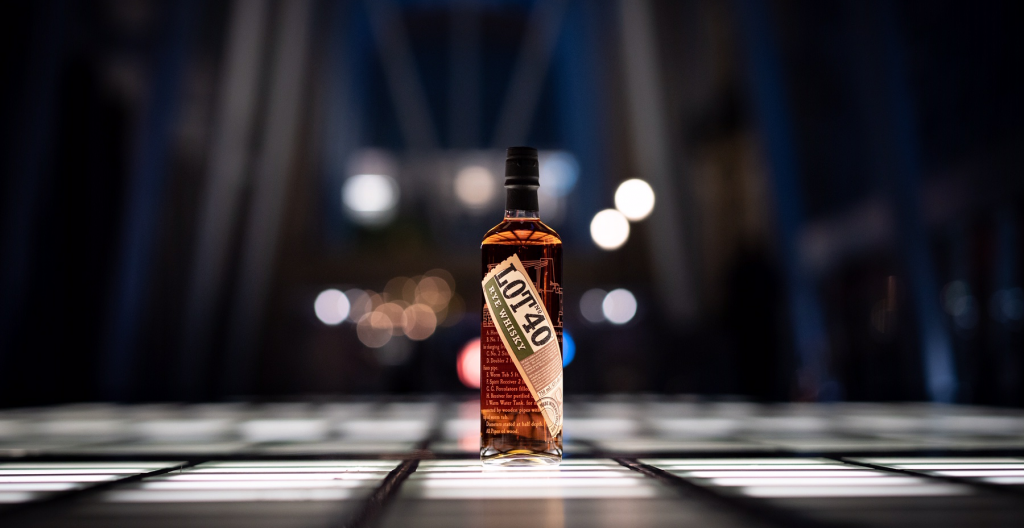 Canadian distillers blend various whiskies of different grains, ages and barrel types to produce their desired flavour profile. All liquids are blended after maturation, and usually with liquids from the same distillery i.e. single distillery blends.

American distillers, meanwhile, mostly combine whiskeys of different ages that share the same mash bill and barrel type in order to produce a specific flavour profile. Some, like Baltimore’s Sagamore Spirits, blend different mash bills from the same distillery – one high-rye, the other low-rye, sourced from their supplier, Midwest Grain Products of Indiana (MGP) – “and their unique story is that they mix them together,” says Katz. Others might blend different mash bills from different distilleries. 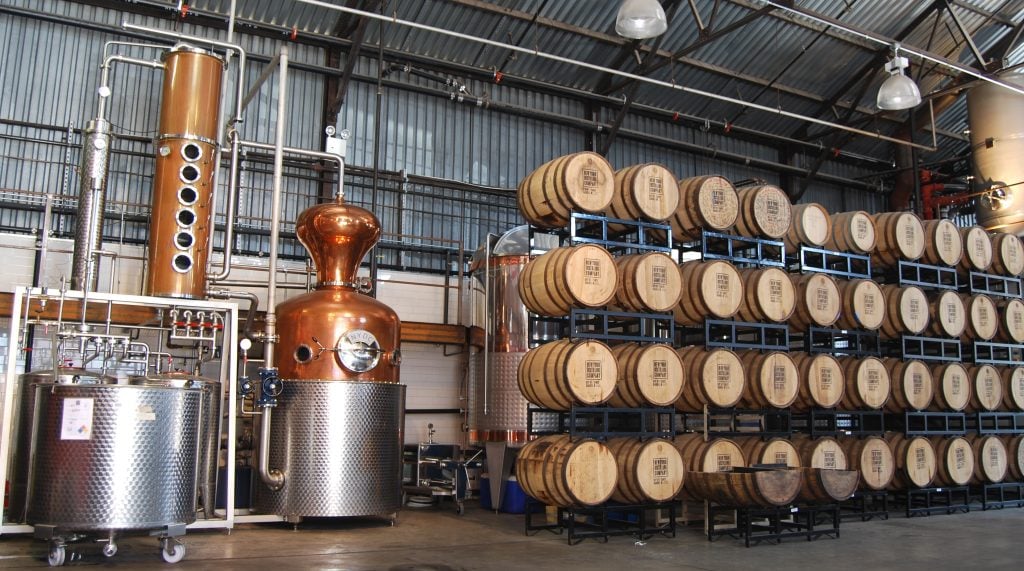 So, what’s next for rye whisky in the US and in Canada? “I really think regional differentiations are absolutely part of a future story, along with small scale or antique varieties of grain,” says Katz. The head of the rye can vary tremendously in size depending on the variety, “and that’s where a lot of the differentiation of flavours can come,” he continues, “certainly with other influences of fermentation, ageing and size of barrels.”

With so much scope for experimentation, rye whisk(e)y is really only at the beginning of its modern-day resurgence. “I believe there are 279 distilleries in Canada now, which is mind-blowing, and most of them are working on Canadian whiskies,” says Mitton. “In the next, let’s say, three years minimum, you’re going to see some really interesting expressions come out from different parts around the country and different whisky makers.”

Cocktail of the Week: The Baileys Raspberry Ripple Cooler