Annie Hayes
No Comments on The history of Chivas Regal

When Chivas Regal made its debut as a 25 year old whisky in 1909, not only was it the oldest blended Scotch whisky of its era, but it was also the world’s first luxury whisky. Navigating a tumultuous geopolitical landscape in the years that followed, Chivas weathered the storm, establishing its home in Strathisla, Speyside, from where it continues to influence and shape the Scotch whisky industry today. Chris Brousseau, archivist at Chivas Brothers, talks us through the brand’s fascinating history…

Chivas Regal may have hit the market at the turn of the 20th century, but its history can be traced back to a grocery business established in Aberdeen back in 1801, which sold “quality provisions, wine and spirits” – and also with the birth of brothers James and John Chivas. Born into a family of tenant farmers in 1810 and 1814 respectively, they left their rural home in 1836 to work in the city; James as a partner in the grocery business, John at a wholesale firm.

“A royal warrant was granted by Queen Victoria to James Chivas in 1843, as Purveyor of Grocery to Her Majesty,” says Brousseau. It would be the first of many. “They were supplying the Queen of Balmoral with food, with spirits, with wine – just about anything,” he says. “She even asked for a quiet donkey that she could have to pull her around the ground.” 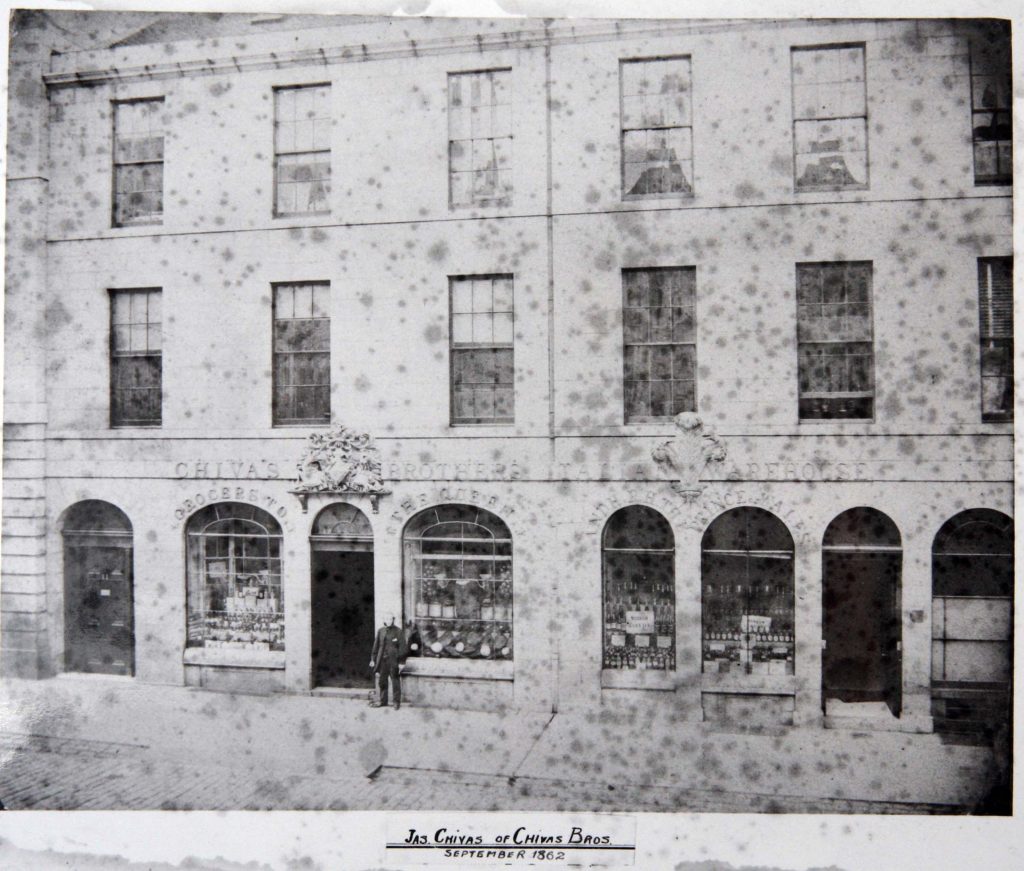 When James’ business partner Charles Stewart left the grocery in 1867, John took his place, and Chivas Brothers was born. Three years later, the Spirit Act of 1860 came into force, allowing whisky from different distilleries to be blended without payment of duty. “That allowed people like Chivas Brothers to start buying from different distilleries – both grain whisky and malt whisky – and start blending for the first time,” says Brousseau. “It really opened the door. And this is when we think James and John started creating what we’d call branded whiskies.”

Their first blended malt Scotch whisky was a no age statement (NAS) bottling called the Royal Glen Dee. It would be followed by six others over the course of the next 40 years, including Royal Strathythan, a 10 year old whisky, and Royal Loch Nevis, a 25 year old. Over the course of their whisky career, the brothers had amassed extensive knowledge on ageing and blended whiskies, and they’d also built up vast stocks of maturing whisky.

Fast-forward to 1895, and both James, John, and James’ son Alexander – the last of the Chivas lineage – had died. Chivas Brothers was bought by Alexander Smith, said to be the ‘right-hand man of Alexander Chivas’ and then-master blender, Charles Stewart Howard. “The youngest whisky that they were producing in 1895 was five years of age, which is quite amazing when you didn’t have to age whisky until some 20 years later,” says Brousseau. 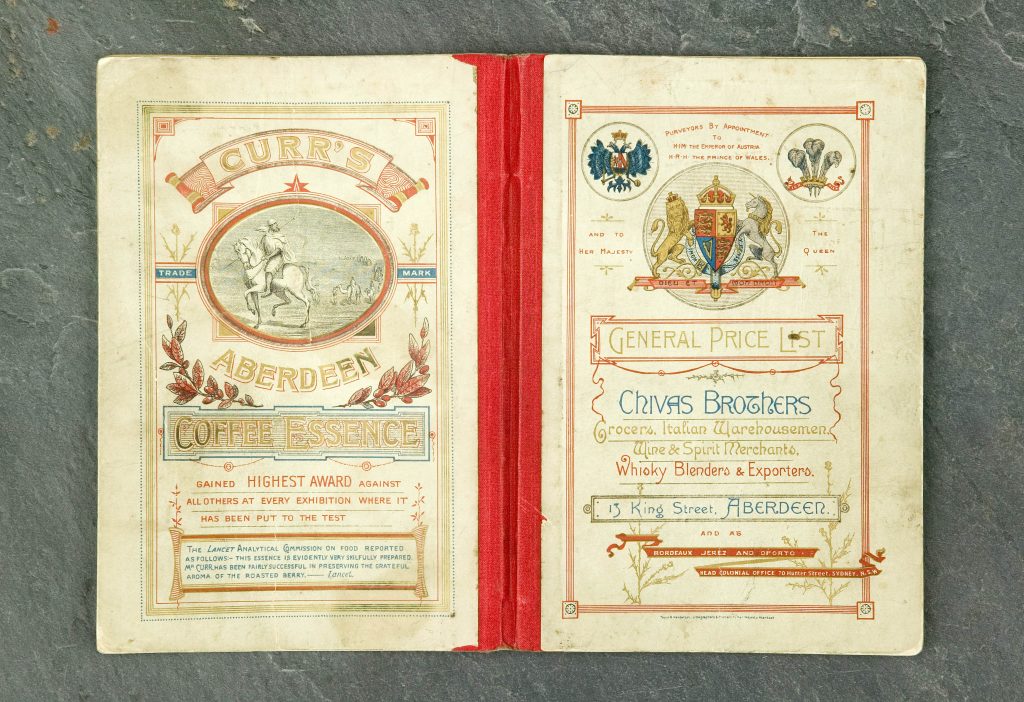 Howard decided to pay tribute to the founding brothers with a malt-heavy recipe and launched Chivas Regal as a 25 year old whisky in 1909, primarily for the North American market. “We call this the world’s first luxury whisky, because when you look at what was going on in the market at that time, there was nothing like it; nothing of that age,” says Brousseau. “There were a few branded whiskies, maybe 10 years old, something like that. This was really something very special.”

Just five years later, World War I begins, signalling the beginning of a global downturn that would last decades. Few distilleries would emerge on the other side. “We had Prohibition in the US and Canada,” says Brousseau. “We had the Great Depression for several years. Then World War II comes along, which had a huge impact on the Scotch whisky industry. Chivas Regal went from 25 years, to ‘of great age’ on the label. Then it went to NAS for a while, until it was resurrected in the 1950s,” joining Chivas Regal 12 Year Old, which had launched in 1939.

In 1949, Canadian businessman Samuel Bronfman, head of Seagrams, took a trip to Scotland. He left as the owner of Chivas Brothers, having bought the business from whisky brokers Morrison & Lundie for £85,000. “He always had this vision that there would always be a special market for aged Scotch whiskies,” says Brousseau. “One of the reasons some people think he bought Chivas Brothers as opposed to other companies was not only because it was a great company with great whisky stocks, but because he was a keen royalist.” 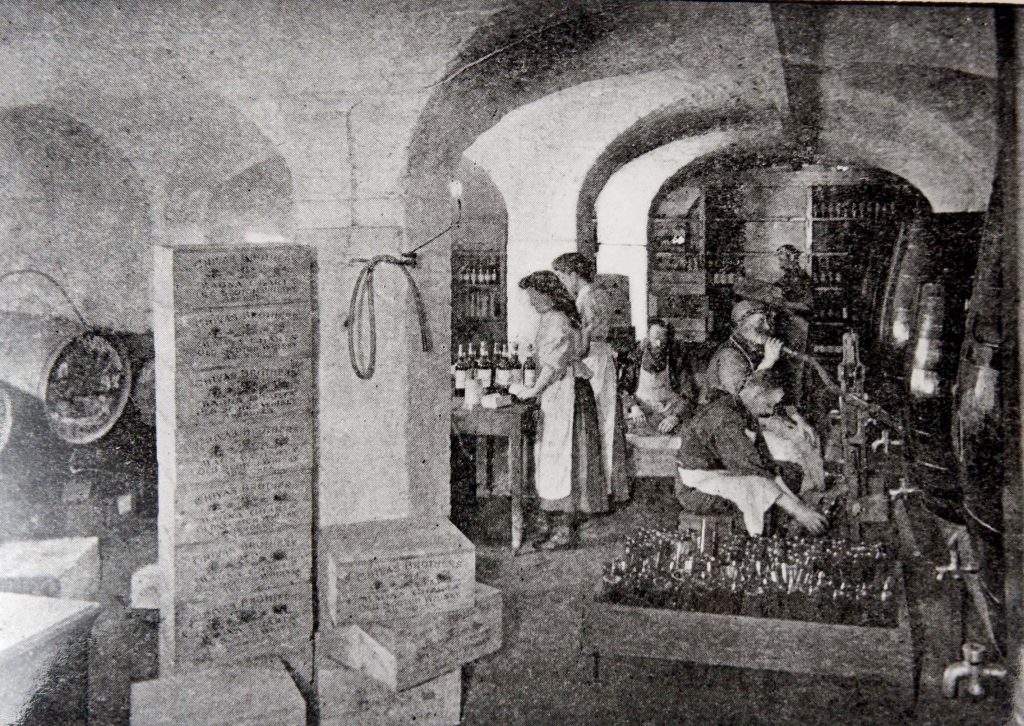 When Queen Elizabeth II succeeded her father George IV on 2 June 1953, Bronfman launched Royal Salute blended Scotch whisky in tribute on the same day. He was even invited to the coronation. Shortly after taking over Chivas Brothers, Bronfman hired Charles Julian – “the best Scotch whisky master blender at the time,” says Brousseau – and paid £71,000 for Milton distillery, renaming it Strathisla, which remains the home of Chivas Regal to this day and produces a key malt component of a blend.

When it comes to telling the story of Chivas Regal, Strathisla is the final piece of the puzzle. Built in 1786 at Keith, Moray in Speyside, it’s the oldest continuously operating distillery in the Highlands. “Just recently, we found an accounts book for the very first year,” says Brousseau. “Because it was built by two people, they listed everything they bought and how much it cost, so at the end of the year they could split it 50/50.”

What would you buy if you were going to start a distillery in the late 1700s? “On June 22nd 1786,” he reads, “two shovels, a wheelbarrow, a sand harp – which is a sieve – some advice, and some stones. It began operation with a 40 gallon still, and a capacity of 28 tonnes of malted barley per year. They were licensed on the amount of barley they could use. Grain lorries today hold 29 tonnes, so we do in a day what we used to do in a year.” 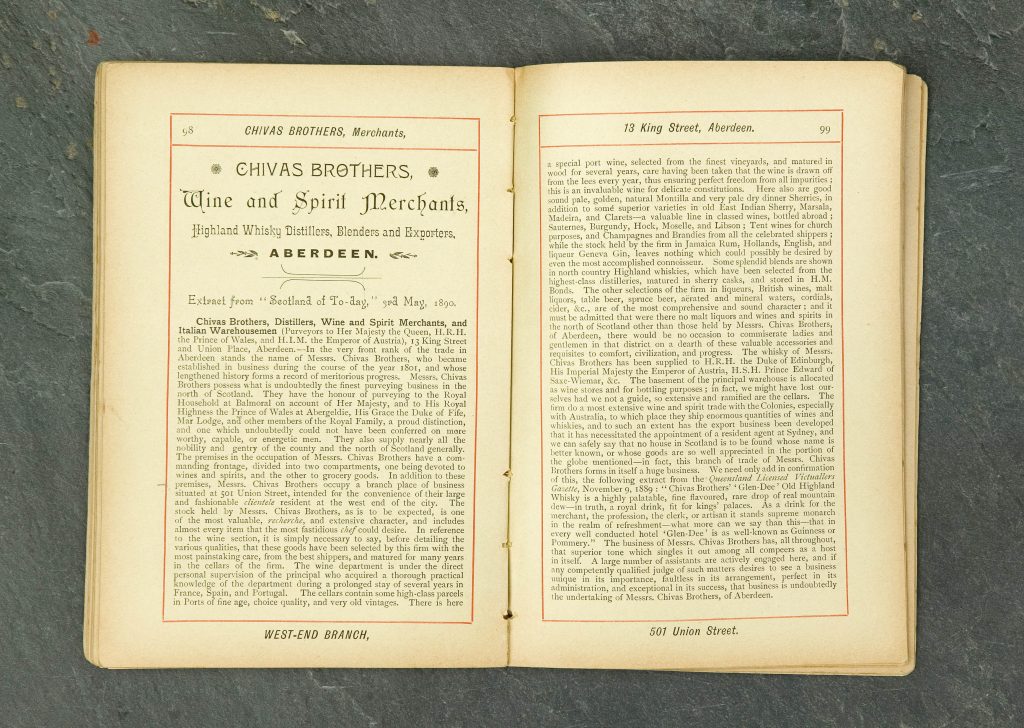 From a small Aberdeen grocery to the pride of high-end back bars across the globe, the story of Chivas Regal is a lesson in weathering adversity. Now owned by Pernod Ricard, the brand sells more than 4.2 million cases every year, and has retained the sense of grandeur Howard instilled when he launched the world’s first luxury whisky back in 1909. In the words of his business partner Smith, writing in 1904: “The name Chivas may be carried down to posterity as meaning the best service, the best quality, the best value – in short, the name Chivas shall be the equivalent to the hallmark of excellence.”

The Chivas Regal range is available from Master of Malt.

Cocktail of the Week: The Harvard