Spirit of Speyside whisky festival returns for its 22nd year!

Jess Williamson
No Comments on Spirit of Speyside whisky festival returns for its 22nd year!

The Spirit of Speyside whisky festival is returning bigger and better than ever for its 22nd edition in April 2022. Tickets go on sale tomorrow (8 March), and we’ve rustled together a preview so you can start getting excited.

We had the pleasure of scooting up to Scotland last week to chat with just a few of the many brilliant faces that are involved with Spirit of Speyside – namely chairman George McNeil and ex-chairman James Campbell, as well as one of the festival’s founders, Scotch whisky expert Ann Miller (who you may know as Dram Queen), and Sarah Burgess, ex-Macallan lead whisky maker with over 25 years in the industry. As such, we’re rather well-placed to give you a sneak preview of some of the exciting things lined up for this year’s festival! 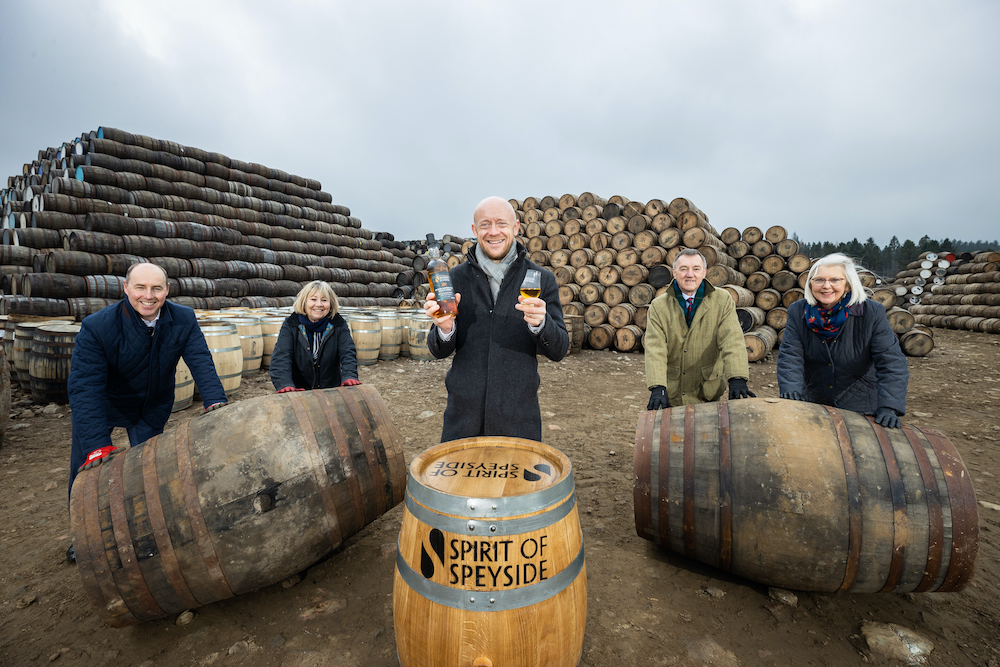 Since it was first launched in 1999, the festival has come on in leaps and bounds, and it’s now a six-day bonanza, with over 500 events and more than 50 Speyside distilleries getting involved. James Campbell held the role of chairman for over a decade, helping build the festival into what it is today, and only stepped down from the role in November 2021, passing the baton to George McNeil.

The festival had its first in-person event since 2019 in November last year, though this was a smaller affair than the usual spring events. This year, it’s set to run between 27 April to 2 May, and the excitement between everyone involved was palpable – those who attend are in for a treat. 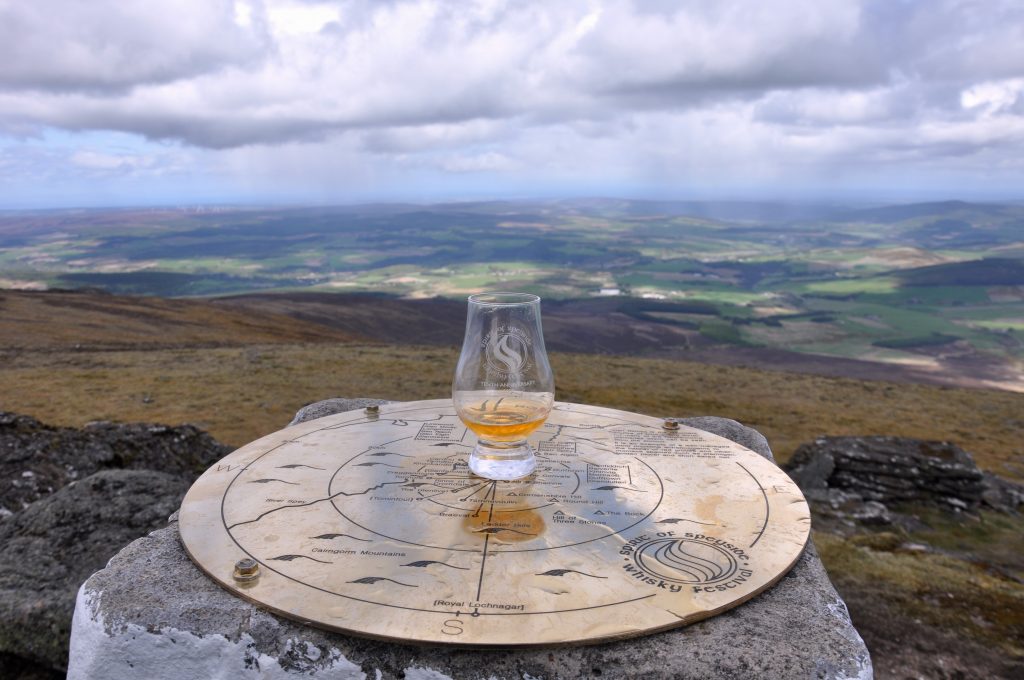 A Speyside view with a Speyside dram

“We have an impressive range of events on offer, with some stellar new additions to the 2022 programme,” said chairman George McNeil. “I hope to see people from far and wide joining us to celebrate the world’s largest producing whisky region, from whisky novices, budding master blenders and everyone in between. I look forward to welcoming people once again to an area I am lucky enough to call home.”

While we can’t give you a preview for all of the 500+ events that are going to take place, what we can do is show you what’s new and sparkly this year. A particularly notable addition is ‘Star Wars and Whisky’, a tasting session held at the Dowans in honour of Brett Ferencz (better known as The Scotch Trooper) who sadly passed away in February 2021. With 25% of ticket sales going to Cancer Research, what better way to remember his influence in the whisky community than with two of his favourite things, Star Wars and whisky?

Other exciting additions include ‘Chapter and Verse’ from Glen Moray, hosted by global brand ambassador Iain Allan in Elgin Cathedral’s Chapter House. Members of Historic Scotland will be joining to share some entertaining tales, accompanied by some top Glen Moray drams, of course. Last but not least, another new event on the roster is ‘History of the Highball’ with Sarah Burgess at the oldest whisky hotel in Speyside, The Craigellachie Hotel. She’ll be joined by a special guest (which is kept top secret for now) for a deep dive into the history of the Highball, with four special serves in store. 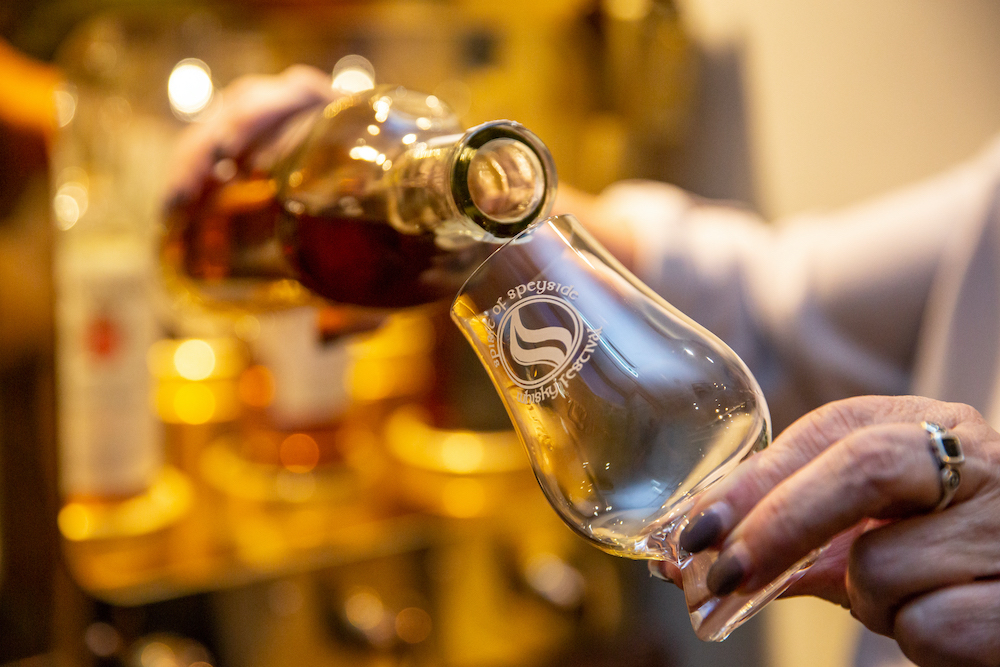 This could be you, drinking whisky in Speyside!

Look out for an immersive whisky and chocolate sensory experience from Ballindalloch (from new make spirit to 30-year-old whisky), the one and only whisky auction of the festival, and even a free(!) Scottish Aperitivo Hour hosted by John Dewar & Sons at the famed Craigellachie bridge. What’s always extra exciting about Spirit of Speyside is that it offers access to distilleries that aren’t normally open to the public – namely Roseisle, Linkwood, Dufftown, and Mortlach, as well as Tamdhu, Tamnavulin, and Craigellachie, giving ticket holders the chance to not only see the distillery, but to meet the people behind the liquid too.

Yes, it’s all about the whisky, but it’s also all about the incredible people of Scotland and Speyside – they clearly can’t wait to welcome people back from all over the world and show off all it has to offer.

You can buy tickets here, but with over 500 events taking place, you might want to have a peruse before they go live on 8 March!

Master of Malt @MasterOfMalt
8 hours ago
We've got some sought-after bottles of Daftmill 2008 - Winter Batch Release to rehome here, and to decide who gets a chance to buy one, we're holding a ballot! Get your name in the hat now for a chance to buy a bottle.
https://t.co/LaxQZrlJPe
View on Twitter
1
3

Annabel Thomas from Nc'Nean on building a sustainable whisky brand