Cocktail of the Week: French 75

Henry Jeffreys
No Comments on Cocktail of the Week: French 75

For Mother’s Day we have a special cocktail that combines mummy’s two favourite things: gin and Champagne. Yeah, it sounds a bit odd but we can assure you the French 75 tastes delicious.

It might seem heretical to our modern tastes to add sugar and lemon juice let alone gin to Champagne but the Victorians were less precious. Dickens (who was a keen cocktail and punch enthusiast) would entertain guests with a mixture of gin and Champagne; and Queen Victoria’s drink of choice was whisky combined half-and-half with red Bordeaux. Sounds revolting but when you’re the Empress of India, who’s going to tell you you’re doing it wrong?

While I wouldn’t recommend going the full Queen Vic, we can learn from Dickens’ attitude to alcohol. I had a wonderful experience at the St Pancras Renaissance Hotel a few years ago courtesy of Joe Stockoe of drinks company Heads, Hearts and Tails. First he made a chilled fruit punch in a large silver bowl and then for the pièce de résistance, poured in a magnum of Veuve Clicquot to finish it off. The sparkling wine made the contents of the bowl fizz and froth like a magic potion. It tasted pretty magic too.

The result was not dissimilar to this week’s cocktail. The French 75, or as they call it in France the Soixante-quinze, is named after a French artillery gun, the 75 millimetre. It (the cocktail not the gun) was invented by Harry MacElhone at Harry’s Bar in Paris just after World War One. Perhaps hoping to make a point about diminished French military might, one of the German officers in the film Casablanca orders it at Rick’s Bar. The French, however, get their revenge later by beating the Germans in a singing contest.

So, which Champagne to use in your Soixante-quinze? It’s probably a waste to use anything too expensive like Krug or Dom Pérignon (unless you’re feeling particularly swanky) but at the same time you do need a sparkling wine with the body to stand up to all those additions. I find Veuve Clicquot ideal for this purpose. After some experimentation I think it works best with a good amount of lemon juice, and the orange bitters really lifts the whole thing and brings out orangey notes in the Champagne. For the gin, I’ve chosen Barentz, a lavender-heavy little number named after a Dutch explorer (but distilled in Britain). 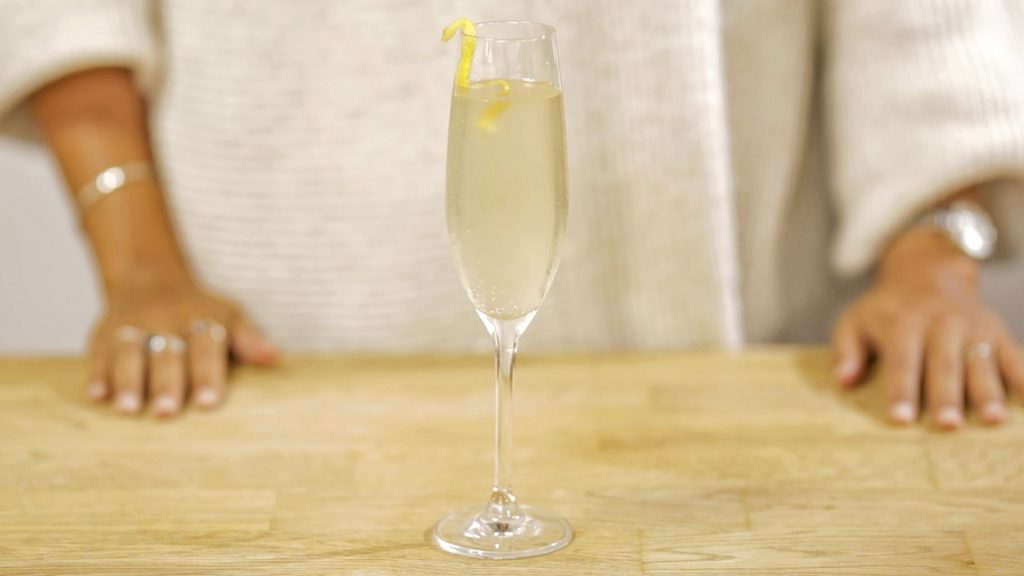 I can’t think of a better cocktail to make your mother feel appreciated, though some flowers too wouldn’t go amiss. . . and would it hurt to call once in a while?

Shake the first three ingredients with ice and strain into a Champagne flute. Top up with chilled Champagne, stir, add a dash of bitters and garnish with a lemon twist. Some of the creative types at Master of Malt have created a snazzy little film (above) to show you exactly how it should be done.

Master of Malt @MasterOfMalt
16 hours ago
Whip up a Strawberry Shrub #cocktail with Piston Gin! Shake your gin with lemon juice and ice, strain into a glass, add crushed ice and a drizzle of berry cordial, then garnish with fresh berries.

Master of Malt @MasterOfMalt
20 hours ago
Made in the Amazon rainforest with a host of native botanicals, Canaïma Gin is deliciously sharp and fruity – and the brand supports reforestation!