First, a little background. Italicus is the brainchild of Giuseppe Gallo, former global brand ambassador for vermouth behemoth Martini, no less. A few years back, he spotted a rosolio-sized gap in the aperitivo renaissance and set out to reinstate the historic liqueur, which dates back to the 17th century.

Indeed, before vermouth, bitters and amaro, rosolio was the Italian aperitivo. It became so popular that each of the country’s 20 regions had its own distinctive take on the liqueur based on the botanicals grown there. Rosolio was regarded as the ‘aperitivo of the people’ until Vittorio Amedeo III, King of Sardinia and Duke of Savoy from 1773 to 1796, incentivised the farmers to switch to vermouth production.

“The word rosolio is from the Latin ‘ros solis’, which means ‘morning dew’,” explains Missaglia. “When farmers get up early in the morning and go down to the field, they find morning dew on top of their botanicals. That’s where the name comes from – they harvest those botanicals to infuse into alcohol with sugarcane and a bit of water to make rosolio.” 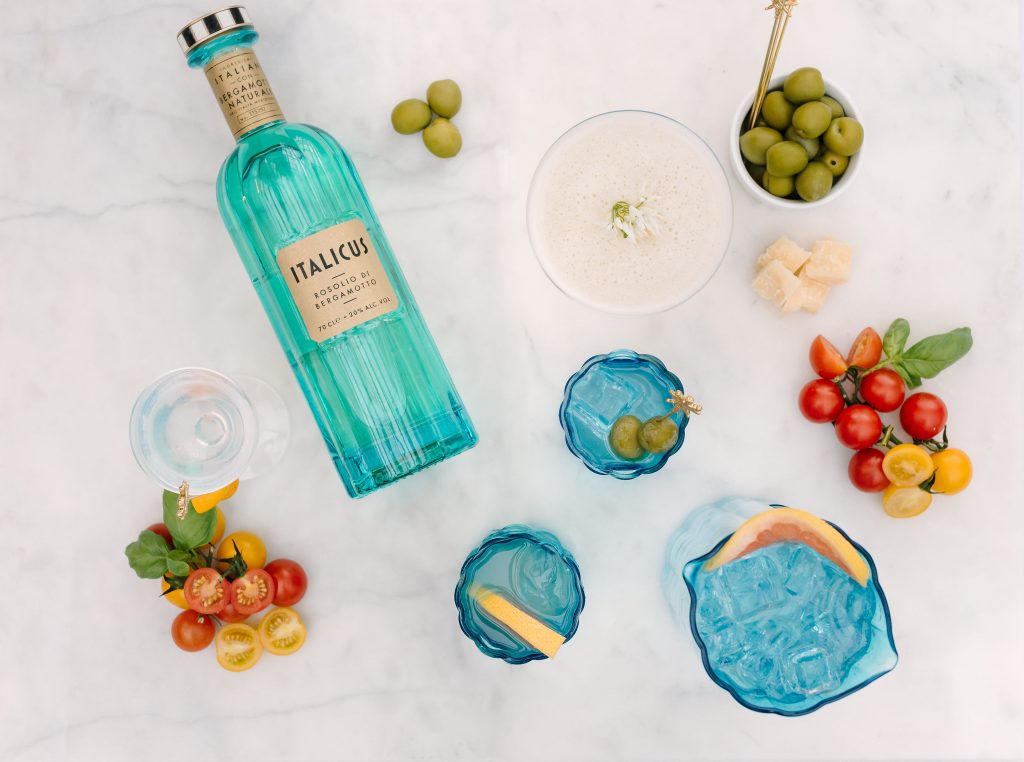 Using the blueprint of a rosolio recipe that dates back to the 19th century, Gallo scoured Italy from north to south and set about painting a flavour map of the country with his botanical selection. There’s lavender, gentian, yellow roses and melissa balm from northern Italy; Roman chamomile from Lazio; bergamot from the Calabrian region; and cedro from Sicily.

Italicus’ botanical recipe centres on a traditional technique known as sfumatura, which sees essential oils extracted from the peel of the bergamot and cedro using little more than sponges and water. Meanwhile, lavender, gentian, yellow roses, melissa balm and Roman chamomile are infused together in a thermodynamic maceration over the course of around two weeks.

The botanical liquid, which is produced at a family-owned distillery in the town of Moncalieri in Turin, is blended with neutral grain spirit, sugarcane and water before bottling. And what a bottle. The stopper features a renaissance-style Bacchus – the Roman god of agriculture, wine and fertility – harvesting bergamot; the colour of the glass represents the Grotta Azzura in Capri and the Amalfi Coast shoreline.

Flavour-wise, Italicus has ‘fresh tones of ripe citrus fruits’ balanced with ‘light, bitter, floral spice’. Perfect for pre-dinner tipples, such as the Italicus Spritz, which sees the liqueur combined with bubbles – ideally Prosecco, but any bubbles will do – in a 50:50 ratio.

“For us, the Spritz gives a real feeling of what Italicus is,” says Missaglia. “All of us have a bottle of sparkling wine in the fridge; if we don’t, we probably have tonic water. And if you still don’t, you have some soda.”

Being an Italian brand, the serves that follow champion simple ingredients and fresh flavours. You’ll need plenty of olives for the garnish – it’s aperitivo hour after all – but if you can’t find any, a pinch of salt will suffice. 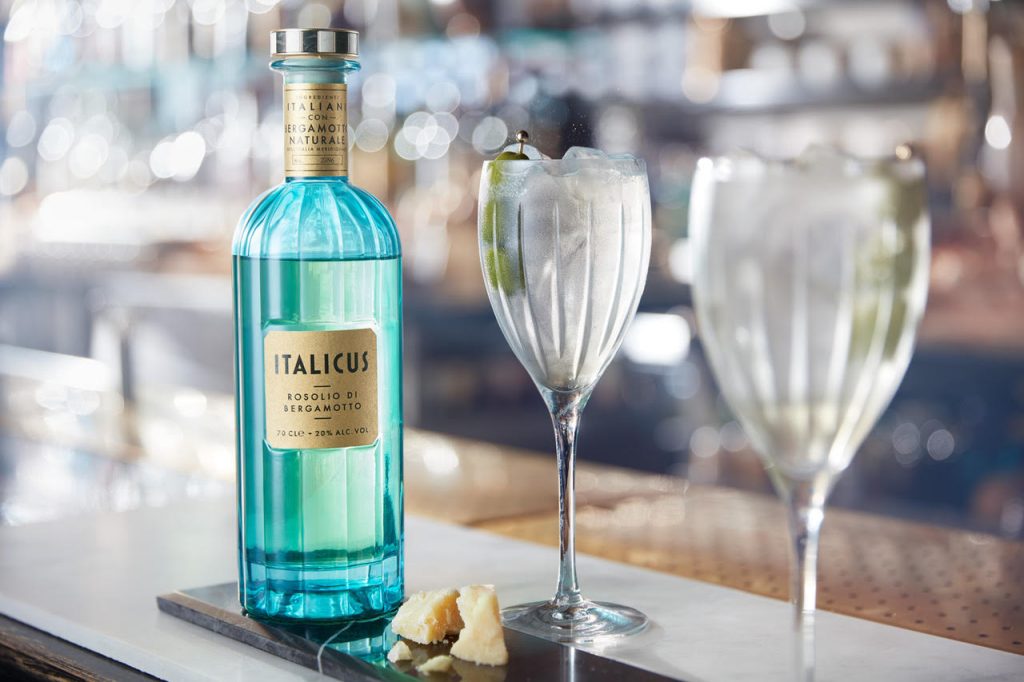 This is Italicus’ signature serve, and it’s summer in a glass. Floral? Check. Tart bubbles? Check. A hint of saltiness to round the whole thing out? Ooh, check. 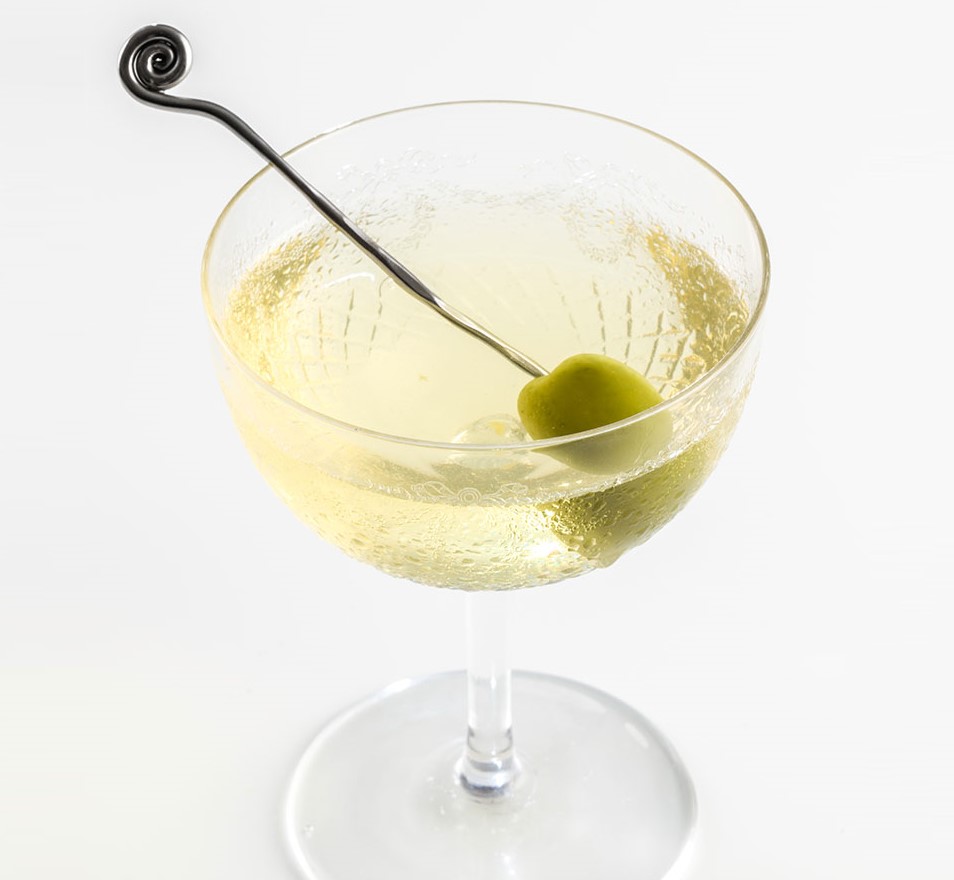 Gin & Italicus serve in coupe glass, garnished with an olive.

A Martini, except it’s holding a rose between its teeth and there’s a mysterious glint in its eye. We dig it wholeheartedly.

Stir over ice cubes and serve straight up in a coupette glass. Garnish with three green olives. 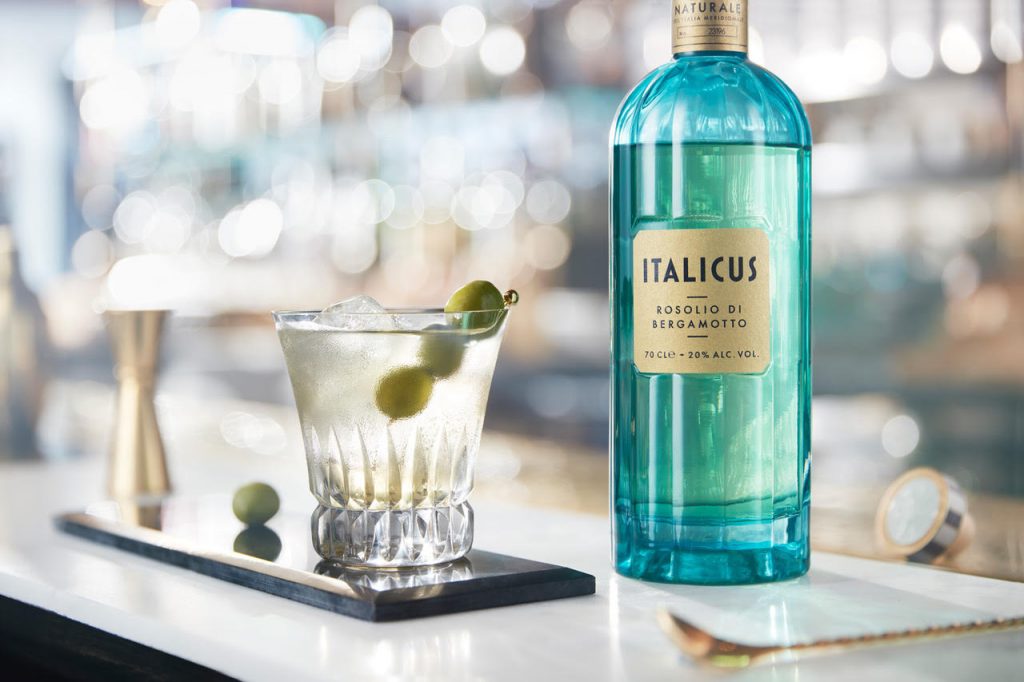 A freshly made Italicus Negroni Bianco Cocktail sits on a bar top alongside a bottle of Italicus.

The Negroni twist you’ve been waiting for: fresh, slightly dry, and (almost) crystal clear. Use chunky, clear ice and Instagram the hell out of it.

Build over ice in a rocks glass, garnish with three green olives. 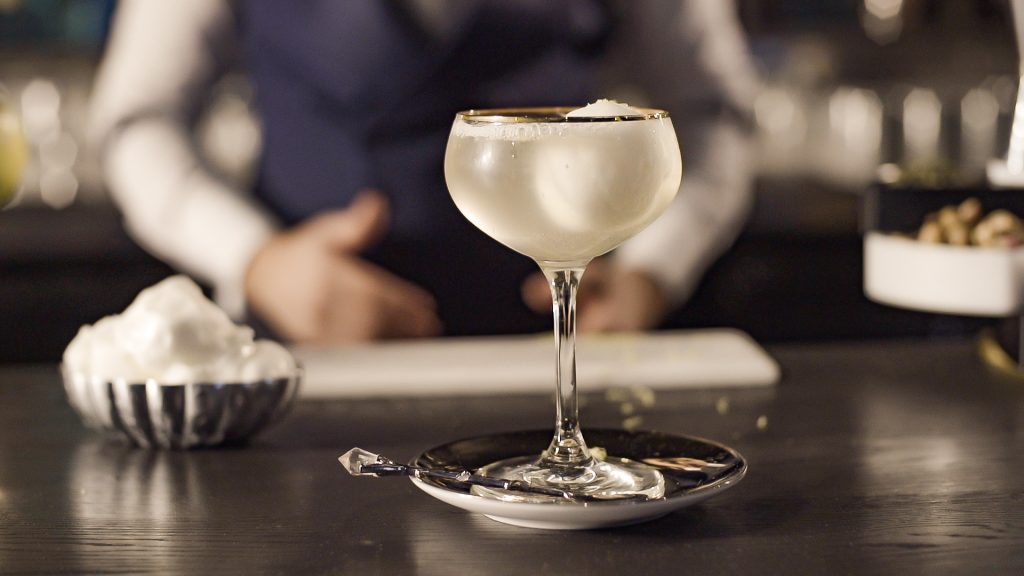 Italicus Sgroppino Cocktail stands on a bar with garnish of sorbet with bar person behind.

Looks fancy, tastes fancy, and yet… so simple to make. This would make a winning dessert on Come Dine With Me, no doubt about it. Just don’t ask us how to pronounce sgroppino.

Build in a coupette, garnish with grated bergamot or lemon peel. 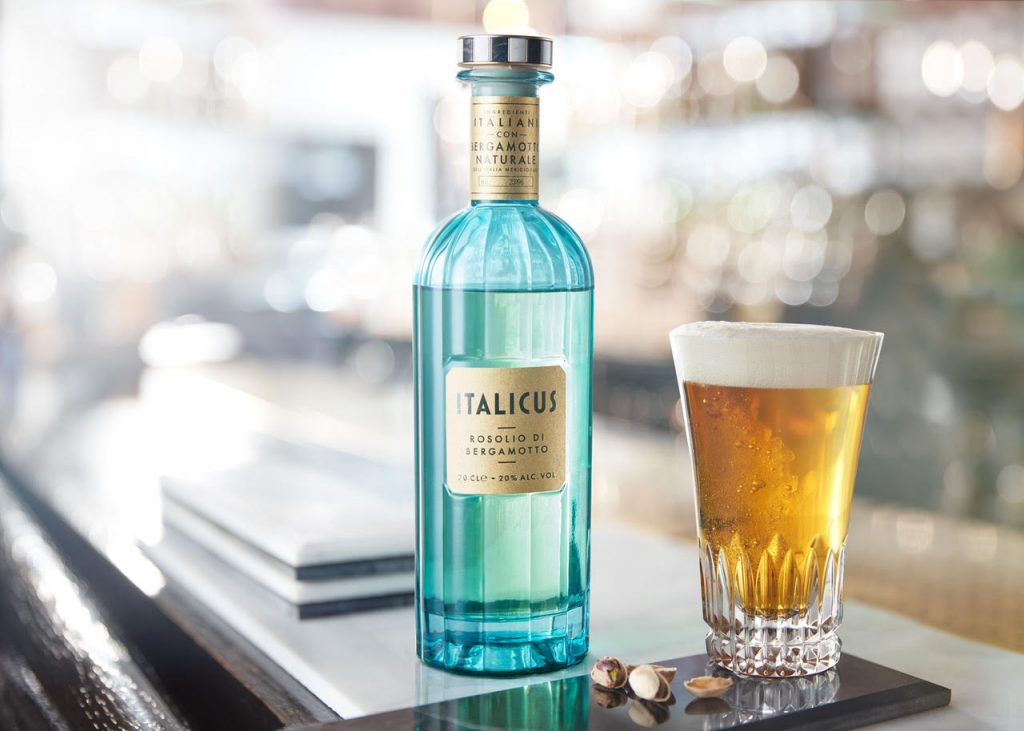 An Ipalicus Liquer Cocktail stands on bar top alongside a bottle of Italicus.

There aren’t many liqueurs that pair well with beer, but the floral, citrus-y elements found in both Italicus and your typical IPA pair beautifully together. And may we say – cracking name, too.

Build over ice cubes in a highball. Garnish with one green olive.

Master of Malt @MasterOfMalt
51 minutes ago
Our New Arrival of the Week is the latest release from @whitepeakwhisky in Derbyshire. It’s called Wire Works Small Batch Whisky and it won’t be around for long.

Master of Malt @MasterOfMalt
5 hours ago
Festival season is in full swing, and we're celebrating with our own festival of spirits! Check out this lineup of delicious acts – they're sure to have your taste buds dancing.

Master of Malt @MasterOfMalt
9 hours ago
These summer evenings are bliss, and Balvenie 14 Year Old Caribbean Cask is the perfect single malt sundowner!