From smoky single malts to the ultimate Highball blend, you don’t have to spend a lot of money to get some seriously good Scotch whisky. Here are ten of our favourites.

We love whisky at Master of Malt. Which means that everyone in the office has strong opinions on the subject so it was tricky to narrow this list down to just ten bottles. People are going to be upset that we didn’t include their favourite drams, especially Talisker 10, Laphroaig 10 or Bowmore 12. But we thought it would be a good idea to include alongside the old favourites some lesser-known whiskies as well as expressions that are so well-known you probably don’t notice them anymore. So without further ado, delay or general beating around the bush. Here are (some of) our favourite Scotch whiskies under £50. Tell us in the comments or on social why we should have included your dram of choice. 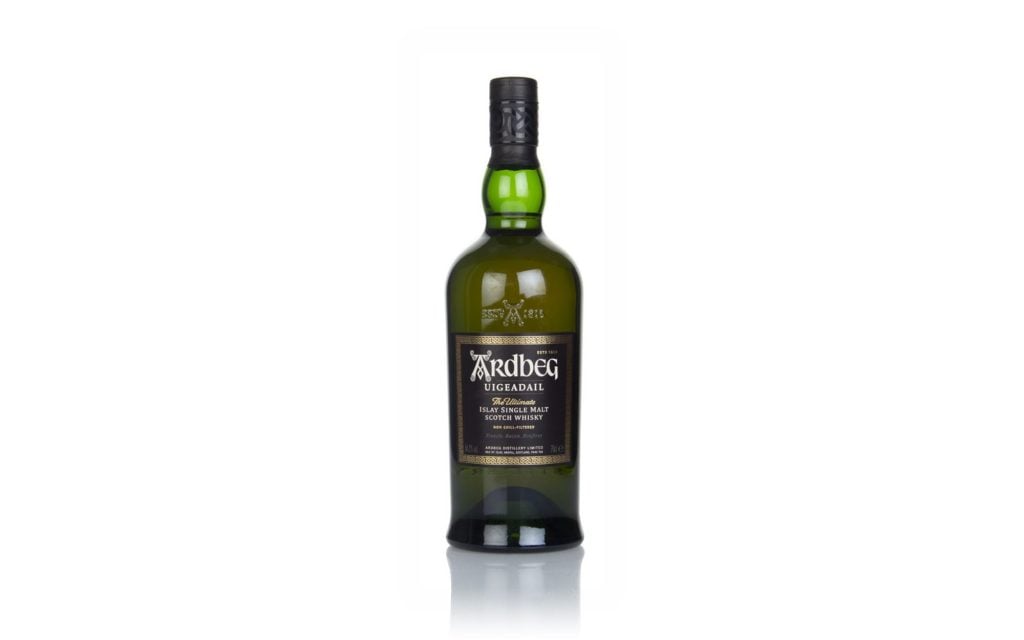 Well, we had a bit of a discussion that got quite heated about which Ardbeg to include. The Ten would have been the obvious choice but instead we’ve gone with the spectacular Uigeadail ( pronounced “Oog-a-dal”) that melds the smoky lime-scented Ardbeg character with sweet sherry casks. And how!

There’s plenty of peat and smoke but it’s all wrapped up in muscovado sugar, honey and espresso coffee. Rich and pungent, Uigeadail is quite an experience. 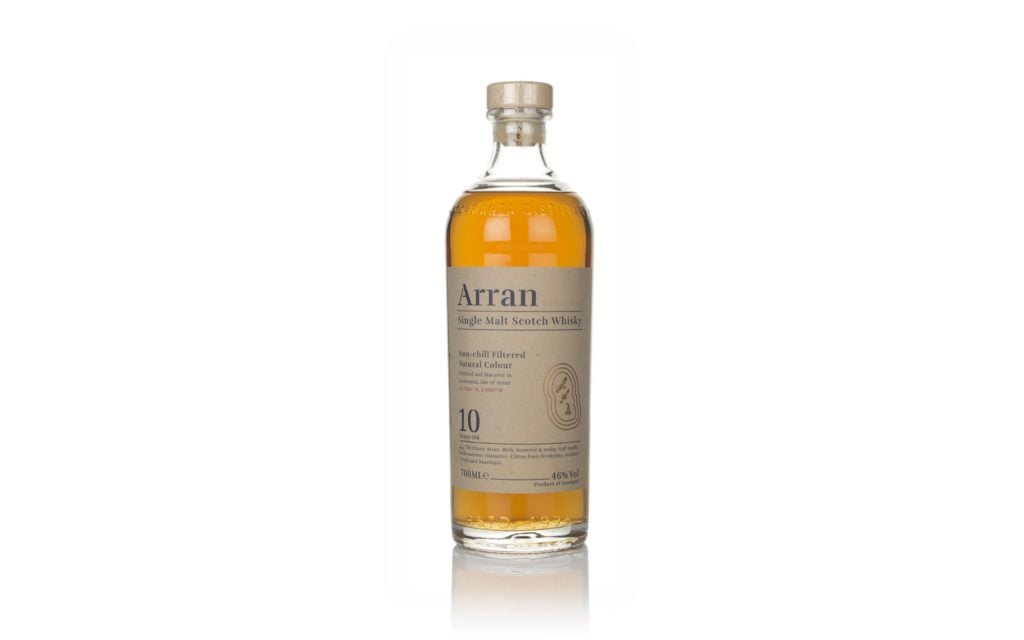 This distillery was founded by former Chivas MD Harold Currie, the first on the isle of Arran on the West Coast since 1837. It might be the entry level whisky but this ten year old aged entirely in bourbon casks tastes pretty special, showing off the fruity, floral distillery character.

Nutty and biscuity with fresh apple and lemon fruit plus floral summer hedgerow and honey notes. It’s packed full of character and really over delivers for the money. 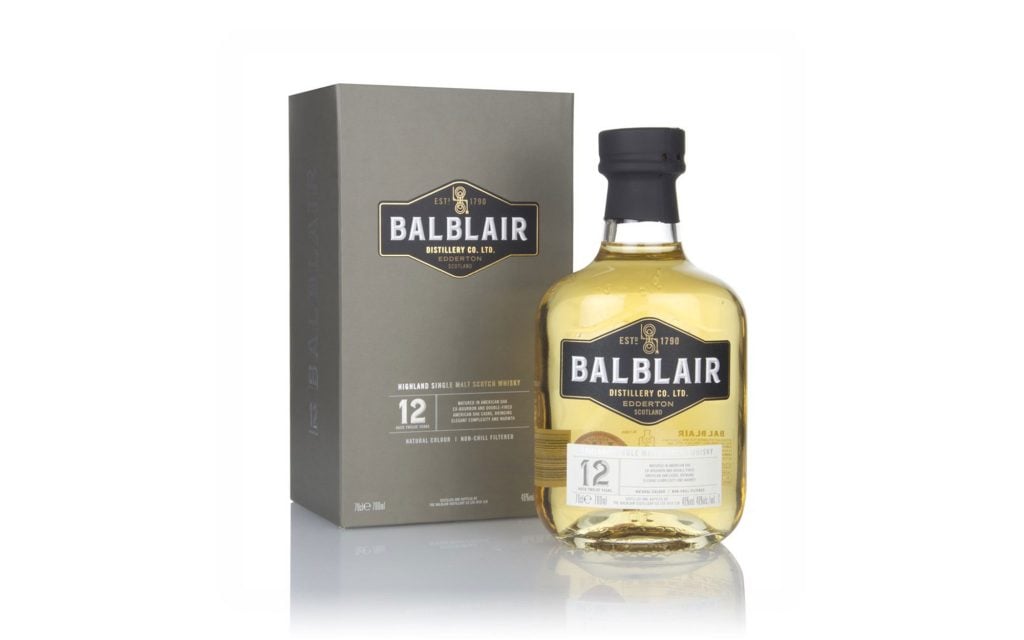 Last year Balblair switched from vintage releases to a suitably impressive new range of age statements expressions. This is the baby of the bunch, aged in ex-bourbon and double-fired American oak casks, and it’s superb.

The soft mango and peach distillery character really shines through, supported by spicy cedar and nutmeg, honey and barley. A great introduction to a great distillery. 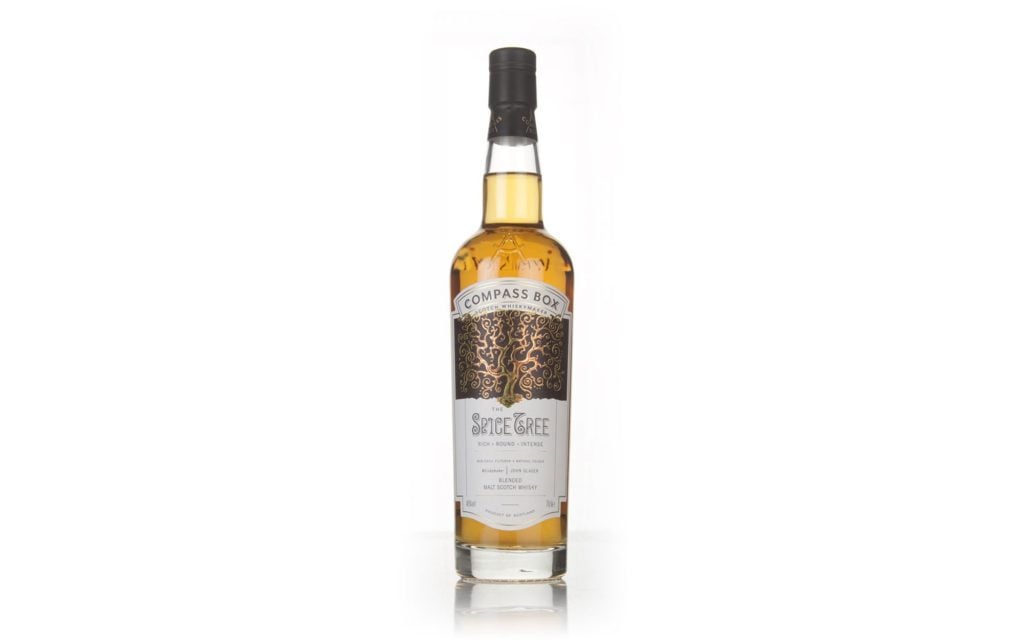 Originally made with oak staves which attracted the ire of the SWA, Spice Tree is now aged in especially-made casks with new French oak heads. It’s a stunning blend of Highland malts with the French oak adding masses of spice, hence the name. 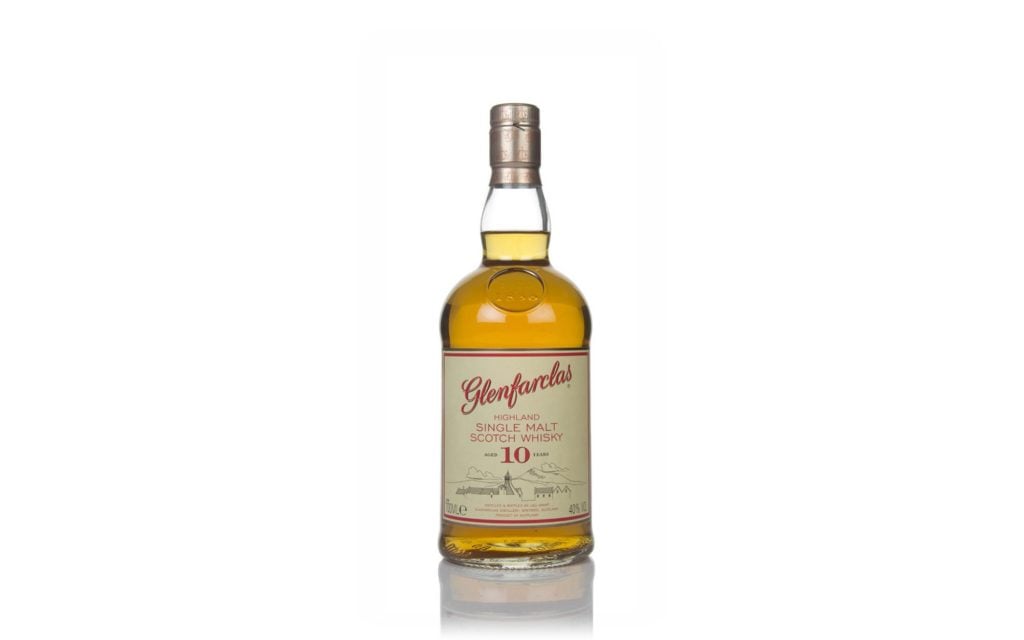 On the nose there’s honey, toffee and Oloroso sherry. While the palate is full of baking spices with fruitcake, apples, nuts and even a little smoke. 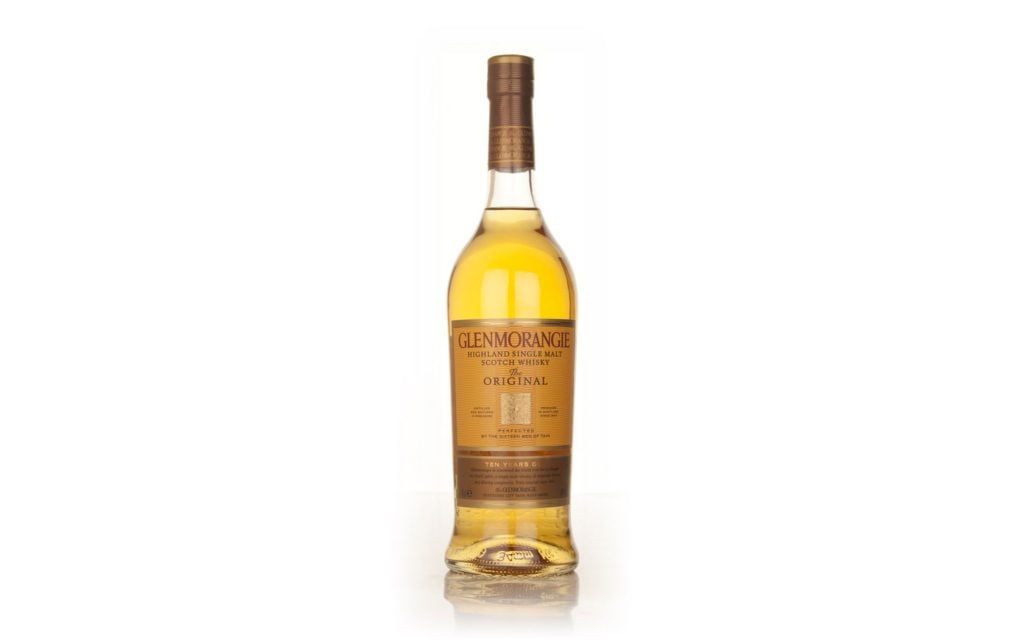 We love the whole Glenmorangie range but it’s the 10 Year Old Original we keep coming back to. Entirely aged in ex-bourbon casks, it’s smooth, sweet and fruity but deceptively complex. No drinks cupboard should be without a bottle.

Full of lemons, nectarines and apples with vanilla, digestive biscuits and gentle baking spices. And honey! Lots and lots of honey. 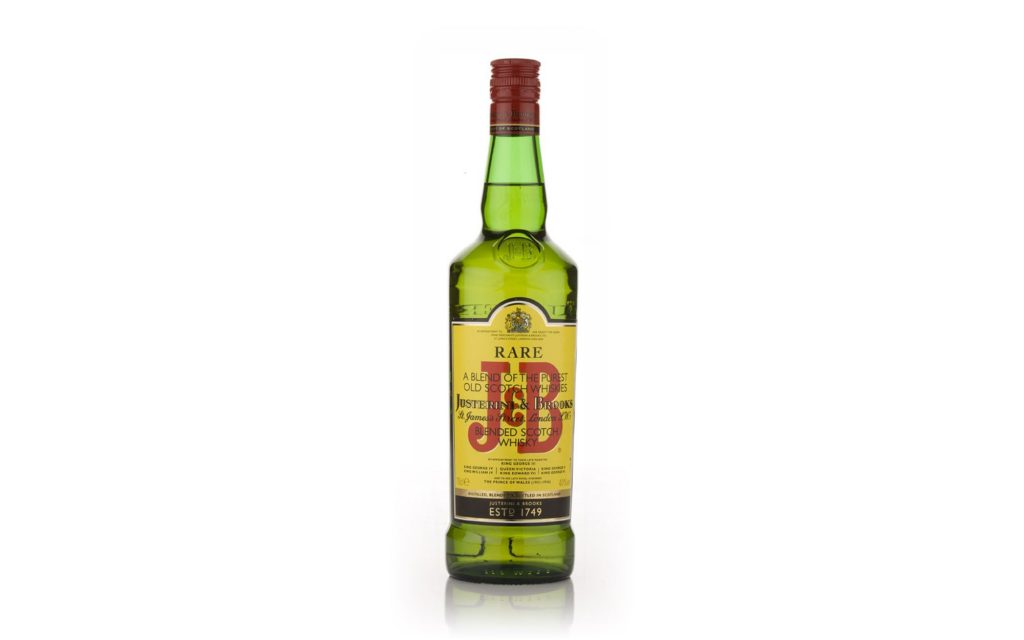 J&B Rare is one of those whiskies so ubiquitous, you probably don’t even notice it behind the bar. Which is a shame because this is probably the ultimate Highball whisky. Just blend with soda, ice and maybe a dash of orange bitters for a refreshing pre-dinner drink. One sip and you’ll never go back to G&Ts.

Yes, it’s light but there’s depth here too with appley fruit joined by richer notes of malt, cedar, vanilla and walnut with a lift of orange zest. Perfect with soda. 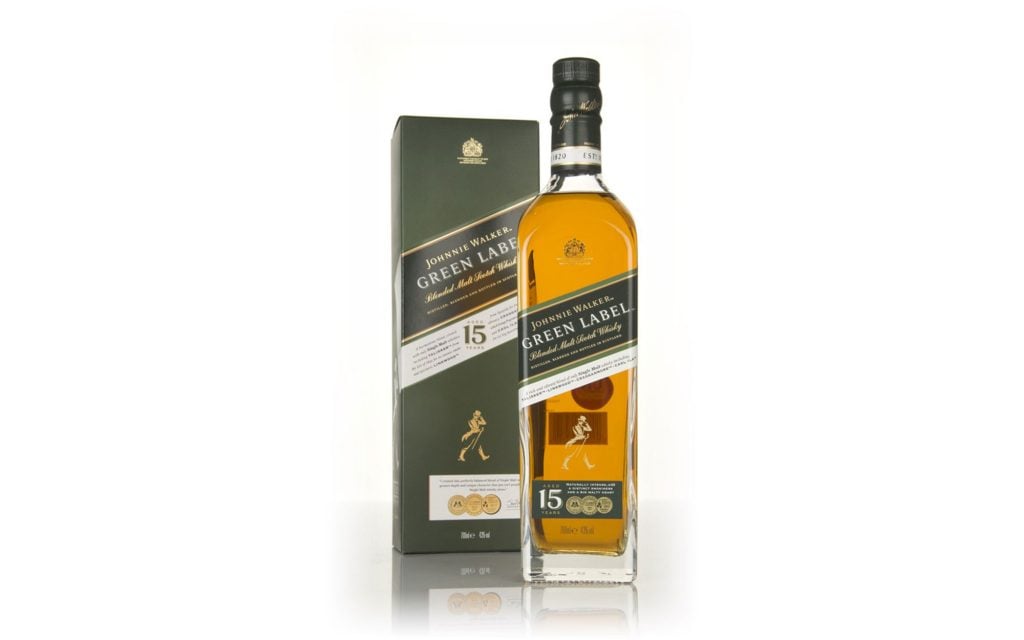 Well, we had to include something from Johnnie Walker. But rather than the Red or Black, we’ve gone with Green Label, a spectacular 15 year old all malt blend that combines whiskies from around Scotland. One to offer to people who say they only drink single malts.

This is packed full of dark chocolate, oak spice, malty cereal notes, and coffee and walnut cake. An after-dinner whisky, if there ever was one. 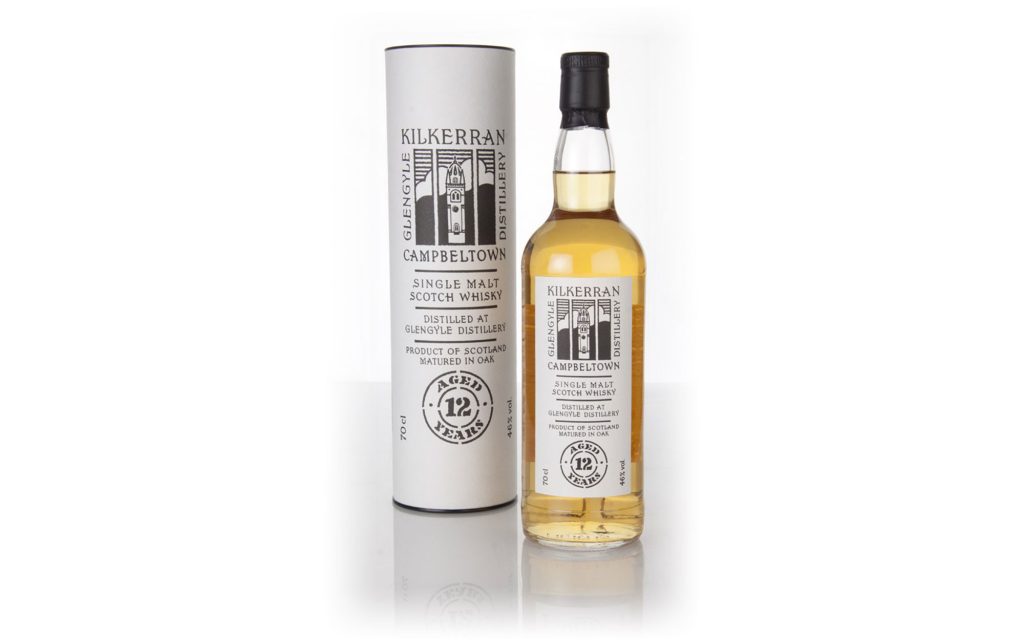 In 2004, Springbank reopened Glengyle distillery taking the number of working distilleries in Campbeltown to three. But Glen Scotia owns the Glengyle brand which is why this whisky is called Kilkerran. The quality is exceptional for the money and this expression has become something of a cult.

It melds citrus, cherries and orange peel with creamy vanilla, honey and butterscotch, with a saline note running through it. If you love the oily Springbank style, then you’ll adore this. 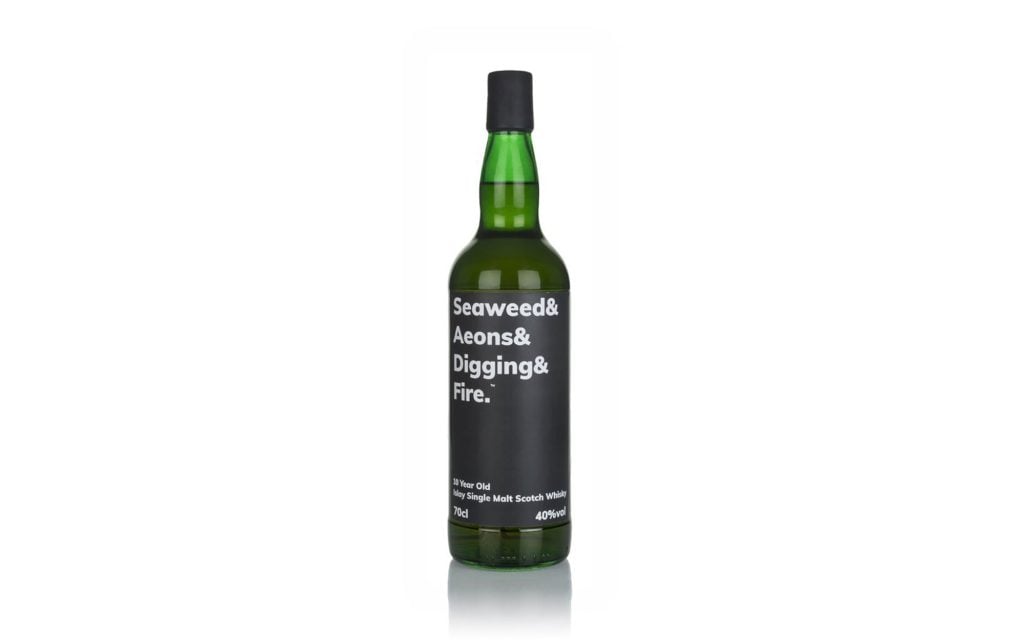 An Islay single malt from an undisclosed distillery. The name makes sense as soon as you take a sip, it’s a smoky peaty Islay malt with 25% aged Oloroso sherry cask. This has proved an extremely popular malt with MoM customers.

Master of Malt @MasterOfMalt
16 hours ago
Festival season is in full swing, and we're celebrating with our own festival of spirits! Check out this lineup of delicious acts – they're sure to have your taste buds dancing.

Master of Malt @MasterOfMalt
20 hours ago
These summer evenings are bliss, and Balvenie 14 Year Old Caribbean Cask is the perfect single malt sundowner!

The winner of a bundle of Cointreau booze is...