The history of Beefeater gin

Lucy Britner
No Comments on The history of Beefeater gin

What stories lie behind famous drinks brands? In the first of a new series, Lucy Britner looks into the history of Beefeater gin from its foundation by James Burrough in 1876 to the launch of a new 20% ABV light version earlier this year.

The year is 1876. Tchaikovsky has just finished Swan Lake, Alexander G. Bell is applying for the telephone patent and James Burrough has created Beefeater gin.

Devon-born Burrough, a chemist by trade, purchased the Cale Street distillery in Chelsea for the princely sum of £400, back in 1863. He embarked on making liqueurs, fruit gins and punches and counted Fortnum & Mason among his customers.

About 13 years after he set up shop, the first mention of Beefeater, named after the Beefeaters at the Tower of London, is said to have been recorded in the company’s papers. 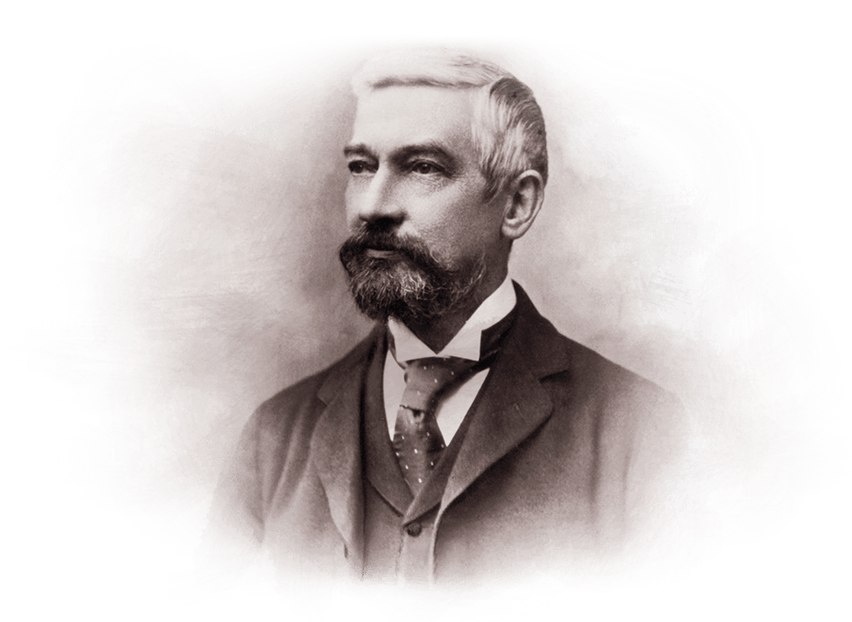 The Burrough boys must’ve been doing a pretty good job because by 1908, the distillery had relocated to Lambeth. The new site, which retained the Cale Street name, was equipped with the very latest stills, allowing for increased production. According to local historians, the new site also gave the company access to a well, capable of supplying London water with the right taste profile for the company’s gins.

Beefeater poured out of Lambeth for 50 years but by 1958, the distillery had outgrown its surrounds and the Burroughs sought new premises. They relocated to the old Haywards Military Pickle factory at Montford Place in Kennington – the same site the distillery occupies today.

Advertising campaigns from the late ‘50s show that Beefeater had established itself as a premium brand: “A little more to pay, a little more to enjoy”, reads a UK campaign from 1959. And the following decade, the gin was enjoying success Stateside. According to the company, Beefeater made up “three out of every four bottles of gin imported into the US”. Then, in 1963, it was the only gin selected to be on board the maiden voyage of the QEII to New York.

The Burrough family sold Beefeater to Whitbread, the brewing giant, in 1987. From there it went to another behemoth, Allied Domecq, before coming under the ownership of Pernod Ricard in 2005 – as part of Pernod’s £7.4bn acquisition of Allied Domecq. The purchase catapulted Pernod onto the world stage, as the second-largest global drinks company after Diageo. 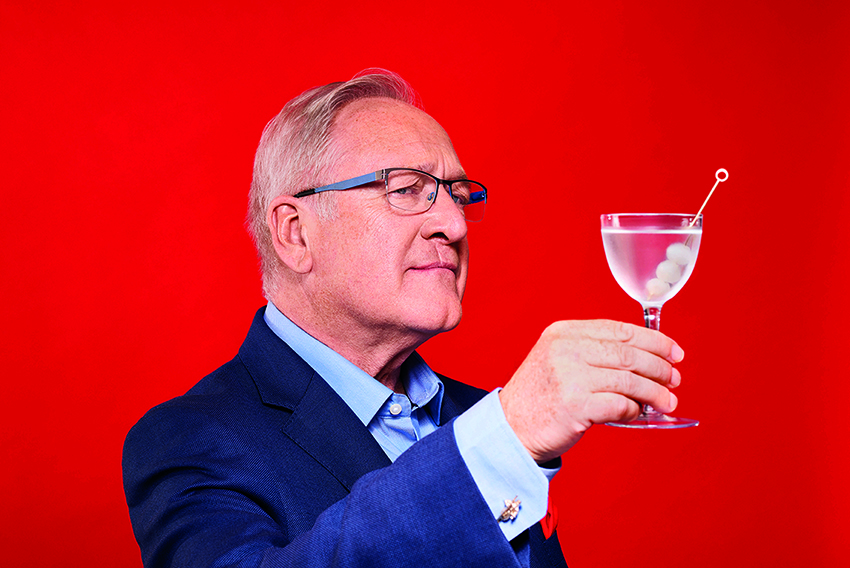 Along with both Plymouth and Beefeater, Pernod also inherited a man who has come to be a bona fide gin legend – and synonymous with the Beefeater brand: Desmond Payne. After 24 years at Plymouth, Payne returned to London in 1995 to make Beefeater. And he’s still there today. In fact, Payne’s life in gin was recognised in the 2018 New Years Honours list, when the master distiller received an MBE, or Member of the Order of the British Empire, for services to the British gin industry.

Payne and his team have created many expressions of Beefeater over the years, as the brand looks to keep up with the fashions.

Before the gin boom really took hold, the company went against the ‘Dry’ terminology associated with its London Dry Gin, to launch Beefeater Wet, in 1999. The gin-based drink was described as “sweeter and more fruity” and flavoured with pear essence. Although I’ve never tried it (it was discontinued ages ago), I’ll wager it was designed to appeal to the vodka drinker.

Almost a decade later, by 2008, the gin movement was gathering pace and Beefeater’s ‘Forever London’ marketing campaign cemented the brand at the heart of the London gin scene. In the same year, Payne created Beefeater 24 – a super premium brand extension, named after the 24 hours it takes to steep the gin’s botanicals.

The Burrough name has never been far away from Beefeater and in 2013, Payne released Burrough’s Reserve. The gin, which is designed for sipping, was “rested” in Jean de Lillet oak barrels, giving it a straw-coloured hue. (Incidentally, the Burrough name is also connected to another well-known London gin maker – James Burrough was the great grandfather of Christopher Hayman and the Hayman family have been distilling gin ever since.) 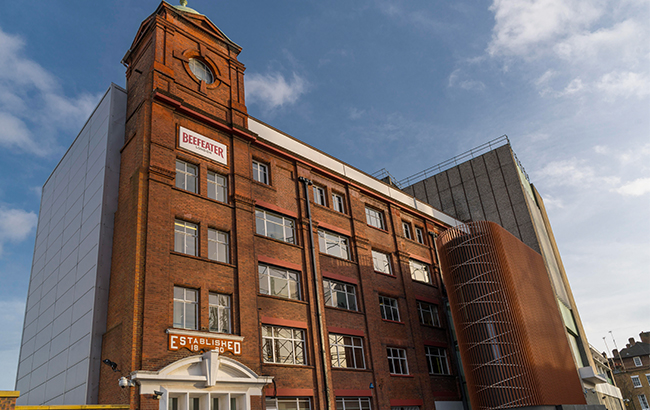 But back to our story, and in 2014, a multi-million pound visitor centre opened at the Kennington distillery, marking what Pernod Ricard claimed at the time was the first gin distillery in London to have a visitor centre attached. (How times have changed!) To coincide with the opening, Payne created Beefeater London Garden gin, which was available only at the distillery.

The following year, Beefeater relaunched Crown Jewel as a “thank you” to bartenders who lobbied the company for the 50% ABV gin’s return. The gin, which first appeared in the early ’90s, featured the same botanicals as Beefeater, though with the addition of grapefruit.

Innovation marches hand-in-hand with consumer trends and in 2018, Beefeater blushed: the launch of Beefeater Pink saw the addition of natural strawberry flavour to citrus and classic juniper botanicals. “Beefeater Pink really captures what gin has become, a modern, vibrant, colourful and innovative category, where consumers are not afraid to challenge the classics and conventions,” said Beefeater brand director Eric Sampers at the time.

Since then, we’ve seen the likes of Blood Orange and Blackberry join the flavour ranks and in answer to the low- and no-alcohol trend, the company released Beefeater Light. The 20% ABV product was launched in Spain only earlier this year. So far, it hasn’t appeared in the UK but never say never.

In the most recent results announcement, for the six months to the end of 2020, the Beefeater brand saw sales decline 20% on the same period a year prior. It’s a tough comparison to make, though, given the world has changed so much in that time; this is almost entirely down to the collapse of the Spanish bar and restaurant market where the brand had a dominant position.

The company did, however, say that flavours were proving popular. And as if by magic, Beefeater Peach & Raspberry has just joined the fold. According to Pernod, it is “inspired by two historic recipes from founder, James Burrough, who created Peach Liqueur and Raspberry Gin in the 1800s”. 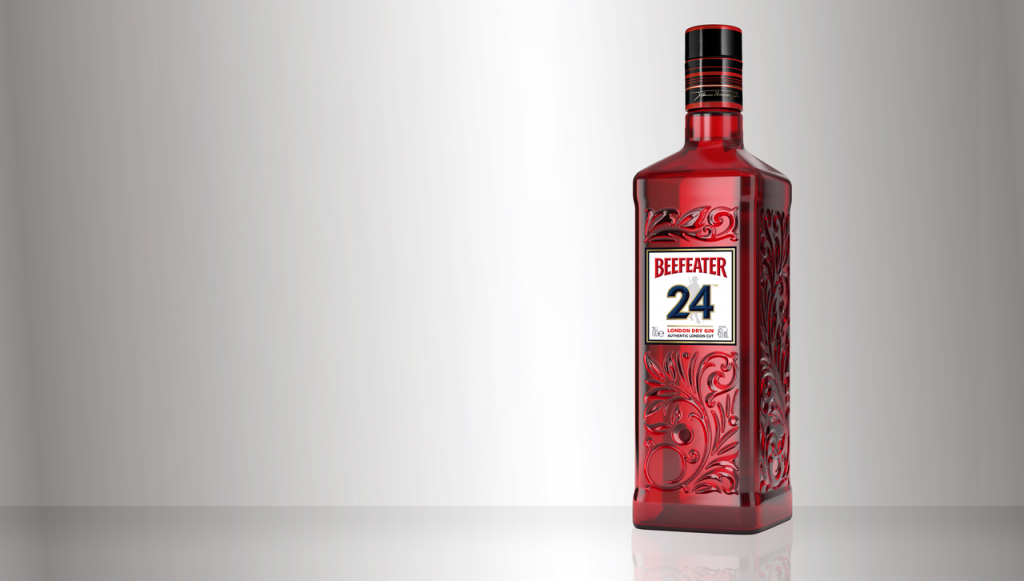