New Arrival of the Week: GinBey

Henry Jeffreys
No Comments on New Arrival of the Week: GinBey

We’re celebrating triumph over adversity and the indomitable human spirit with our New Arrival this week. It’s a gin from Lebanon called GinBey.

The Lebanese are famously resilient, especially when it comes to alcohol. The tiny Mediterranean country may have suffered a brutal civil war between 1975 and 1990, but it still managed to produce first-class wines such as Chateau Musar.

Since those days, Lebanon’s wine has gone from strength to strength. One of the best ambassadors for the industry is Faouzi Issa from Domaine des Tourelles. His family own the country’s oldest commercial winery as well as producing a delicious aniseed spirit, Arak Brun, which is beloved in Lebanon. There’s nothing better with the country’s amazing food.

Sadly, Lebanon is once again going through a period of extreme instability caused by a corrupt political and economic system exacerbated by the global pandemic. Then in 2020, just when things couldn’t get any worse, a massive explosion rocked the Port of Beirut, caused by a cargo of ammonium nitrate that had been sitting in a warehouse since 2013. Since then rumours and conspiracy theories have spread about this disaster.

The economy is in a terrible state. Issa told us: “The Lebanese currency has lost 80% of its value against the US dollar, so imported goods such as spirits brands are now beyond the reach of many consumers.” The ever-resourceful Issa, however, saw an opportunity: “We have launched a high-quality gin, in beautiful packaging and at a great price and so have gained a good slice of the market in a short time.” 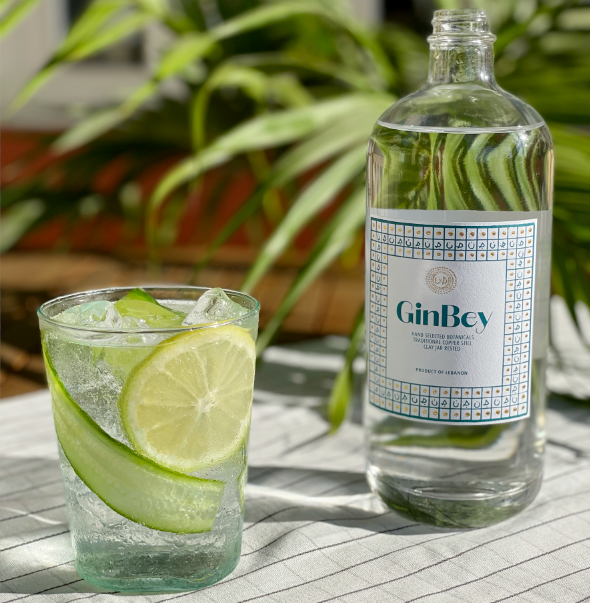 It’s called GinBey and it’s now arrived in Britain. According to Issa, it had long been a dream of his: “I have wanted to make a gin for a long time – apart from arak it’s my go-to spirit. I have spent a lot of time researching different gins, visiting distilleries, tasting different styles.”

However, unlike arak, he didn’t use grape brandy as the base for his gin. “I found that it didn’t give the purity I was looking for in the gin. So I tested various different spirits and eventually settled on very high-quality wheat alcohol from France,” he said.

He explained a little about the botanicals used: “I tried Lebanese juniper which I really wanted to use, but disappointingly it didn’t give a good flavour so I have imported this from Macedonia. The other botanicals are local to us and sourced from the mountains around the winery and the local souks, and even the garden at Domaine des Tourelles where we collect the petals from our famous tilia tree.” The full line-up consists of juniper, coriander, angelica, citrus and mandarin peels, cassia, rose and tilia petals, pomegranate and liquorice.

He steeps the more robust botanicals for 24 hours in the spirit before distillation in a 400-litre copper still. While the more delicate ones such as rose petal and pomegranate seeds he places them in a basket in the still. The final touch is something that Tourelles has long done for its arak, the gin is rested in clay jars for six months to let the flavours meld and smooth the spirit.

The result is something that for me tastes distinctly Lebanese, perhaps it’s the liquorice reminding me of the aniseed in Arak Brun, or the pomegranate used in Lebanese cookery, but at the same time with a profile that isn’t going to frighten Tanqueray drinkers. I’ve been drinking my sample with tonic water but it’s definitely a good all-rounder and that smoothness means that it’s one of those rare gins that you can sip neat.

It’s an excellent and distinctive gin even before you take into account the conditions in which it was made. Issa told us: “The inflation situation and volatile exchange rates present daily headaches. People are really suffering and there is a lot of uncertainty.” They have been helping out their workers and their families with: “food parcels and fuel when things have been really difficult.” 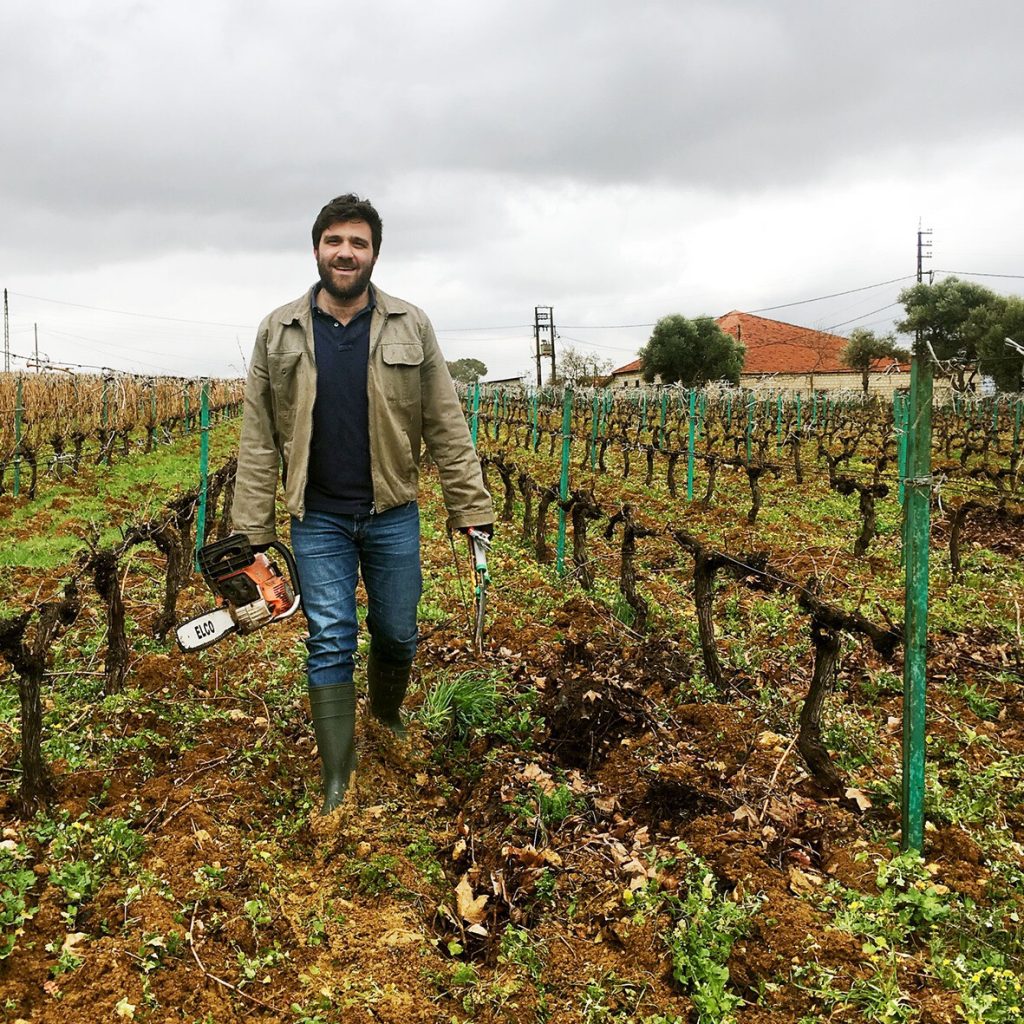 Faouzi Issa in the vineyards of the Bekaa valley

Yet he is ever the optimist: “It’s a cliché to say we are resilient people, but it’s true. We have faced so many challenges over the last 50 years and we always find ways to overcome them. As a nation, we are natural traders so we always find a solution to difficult situations to ensure we can survive. I think the current situation is creating lots of new ideas. Many people are leaving the country, but those that have chosen to stay are making the best of it and developing ideas to secure their future here.”

Talking of new ideas, GinBey isn’t the only spirit, Issa is working on. He’s currently collaborating with Whyte & Mackay on a Scotland meets Lebanon whisky. He explained: “We import the liquid from Whyte & Mackay and blend and finish it here in Lebanon. Again, this was another idea borne out of the crisis. It is now the market-leading brand in Lebanon, being less than a third of the cost of imported brands but without compromising on quality.” And the name, GlenBey, of course. Wait ’till the SWA finds out about that.

Piney juniper on the nose, lemon, warm spices, and rose petal. Take a taste and there’s a beautifully-creamy spirit, the predominant taste is juniper joined by floral, spicy and a sweet liquorice note.

GinBey is available from Master of Malt. Click here to buy. 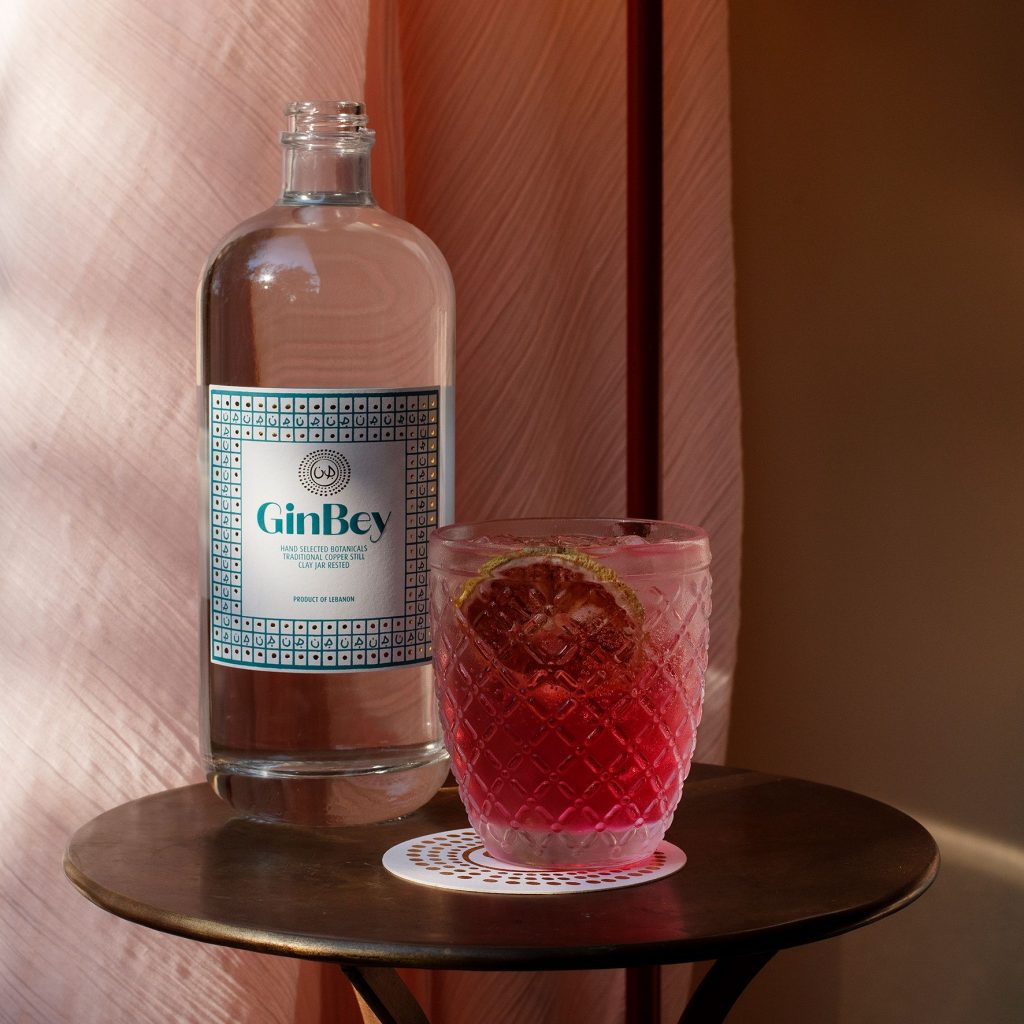 Master of Malt @MasterOfMalt
2 hours ago
A recent tasting of @DrinkFiveFarms Irish Cream Liqueur got us thinking about the way the Irish cream liqueur is changing and growing, and why that’s a good thing.

Master of Malt @MasterOfMalt
7 hours ago
Copper Dog is brimming with honeyed fruit and biscuity malt character. A splendid blended Scotch if ever we saw one – and the brand supports animal shelters! Perfect for #WhiskyWednesday!