This week we’re getting all steamed up about a bitter bottling from top vermouth producer Carpano. Negroni anyone?

With the bar scene temporarily out of action, more and more of us are turning to the joys of the home bar. When coming up with the basic kit you need, most suggestions are generic, a gin such as. . . , a decent rye, a good blended Scotch, but there’s one item that is always ordered by brand, Campari. No drinks cabinet is complete without a bottle of the red stuff for emergency Negronis.

Nothing has managed to unseat Campari as the ubiquitous bitter. It’s not as if there aren’t competitors, there’s a whole world of Italian bitter drinks out there like Cynar or Amaro Montenegro but though they are delicious in their own way, they are so different from Campari that they aren’t direct rivals. You might have an exotic amaro in your arsenal but you probably also have a bottle of Campari. But recently there have been attempts to unseat the king: in 2017 the might of Martini launched the delicious Speciale Riserva Bitter, and now here’s a new contender from another vermouth producer, Carpano.

Carpano is probably best known for its high end Antica Formula vermouth  (bartender joke: antique formula, modern price, ho ho ho!) The company was founded in 1786 in Turin by Antonio Benedetto Carpano. Wikipedia somewhat fancifully claims that he invented vermouth but he was certainly a pioneer of the vermouth di Torino style. At the time Turin was part of the territory of the Dukes of Savoy that included not only Piedmont and Sardinia but also Nice and Savoy, now in France. Which explains why Turin and Chambery, home of Dolin, are the twin powerhouses of vermouth. Both cities were once in the same country.

The company is now owned by a drinks group that really understands bitterness, Fratelli Branca Distillerie, producer of Fernet Branca, so you’d expect the Botanic Bitters to impress. Nicola Olianas, Branca’s global ambassador commented: “Carpano Botanic Bitter adds further breadth to the Carpano range, with a unique recipe that combines the Carpano tradition with a contemporary complexity. With cocktail sales set for further strong growth in the UK, Carpano Botanic Bitter meets the need for continued innovation at the premium end of the market.”

The colour aims it squarely at Campari but it tastes different. Ten natural botanicals are used in the production process including saffron, sandal, fresh green orange peel, bitter orange peel, cinchona, rhubarb, zedoria, gentian, myrrh and wormwood. The bitterness is balanced out with 150g of sugar per litre, which is significantly less than its rivals which come in closer to 300g per litre. This means that Carpano Botanic Bitters has a freshness and lightness about it. No wonder that it’s already proved a hit with bartenders. In London both Balans and the Happiness Forgets have got behind it. When lockdown is over, it’s one you will increasingly see on the back bar. 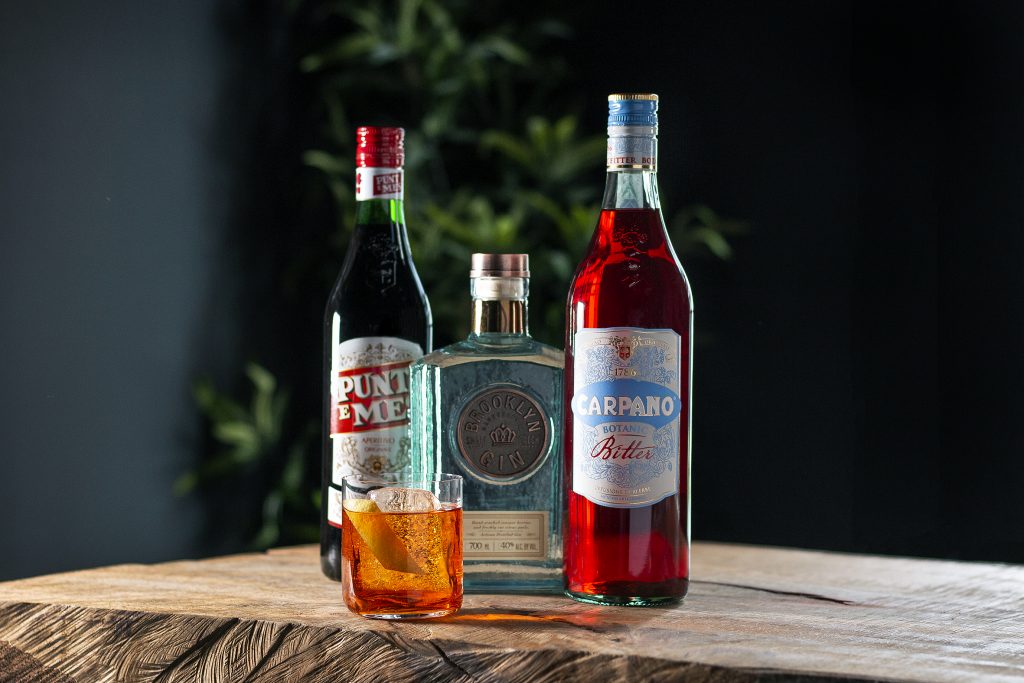 Carpano Negroni, keeping it in the family

Along with Antica Formula and a range of more affordable vermouths, Carpano is also the company behind Punt e Mes, the powerfully bitter vermouth, so it makes sense that they recommend using it alongside Botanical Bitter and Brooklyn Gin to make a signature Carpano Negroni. The other recommendations are an Americano (40ml Botanic Bitter, 20ml Carpano Antica formula, topped with tonic water though I reckon soda would be nicer) and an Irish Boulevardier made with equal proportions of Botanic Bitter, Antica Formula and Paddy Irish whiskey.

With its vibrant bitter flavours and lower sugar levels, it’s one that we’re really looking forward to playing around with. It should make those lockdown days fly by.

Carpano Botanic Bitter is available now from Master of Malt.