One of the biggest dates in the year for Scotch whisky fans approaches – Burns Night! Supply your supper with some of the best around with this sublime selection!

Commemorating the anniversary of Robert Burns on his birthday, 25 January, is a tradition upheld all over the world. Libation, literature and laggis – I mean haggis – will be enjoyed by many as we toast a man who loved a good Scotch himself.

A notable feature of his poems, Burns often spoke of his love of whisky, even scalding the English for raising whisky duty. It would surely please one of Scotland’s favourite sons to know people celebrate his life to this day with plenty of the water of life, or ‘usquabae’, as it was known back then.

Whether you’re a seasoned Burns supper pro or you fancy experiencing one for the first time (you really should do it at least once in your life, it’s great fun), you’ll need to stock up on Scotch to do the night justice.

So, we’ve rounded up a remarkable range to mark the occasion, from sublime single malts to brilliants blends, and a great grain whisky for good measure. Each has an accompanying Burns poem or song and themed cocktail to boot. And for those who simply can’t get enough of all things Robert Burns, be sure to check out our Burns Night poetry competition, where you could win a bottle of Robert Burns Single Malt!

When you want a good bottle of Scotch for Burns Night, you could do far worse than to choose one that was actually created in his honour. In fact, this single malt from the Isle of Arran distillery was officially endorsed by the World Burns Federation!

Make your own sensationally sour tribute to the Scotch drink with this Burns-tastic adaptation of the classic Whisky Sour cocktail. To create, simply add 45ml of Robert Burns Single Malt, 22ml of fresh lemon juice and 22ml of simple syrup (if you want to make your own, it’s one part water to one part sugar) to a shaker filled with ice. Shake and strain into a tumblr filled with fresh ice, then garnish with a single Luxardo Maraschino Cherry and a lemon wedge. Serve and proudly recite the Scotch Drink poem in your best 18th century Scottish.

“Auld Scotland wants nae skinking ware
That jaups in luggies:
But, if ye wish her gratefu prayer,
Gie her a Haggis”

Another tipple from the Arran distillery made to celebrate Scotland’s favourite poet that was also officially endorsed by the World Burns Federation, this edition is a blended Scotch whisky. Perfect for cocktails and mixing, as well as being perfectly delicious on its own, Robert Burns Blended Scotch Whisky is a great alternative to the single malt above.

Celebrate two Scottish folk heroes at once with the Rob Roy cocktail, which is based on the beloved Manhattan, but swaps rye whiskey for Scotch. Plus it’s absolutely lovely with haggis. To make you’ll need a mixing glass, to which you add 60ml of Robert Burns Blended Scotch Whisky, 22ml of Lustau Vermut Rojo and 3 dashes of Angostura bitters. Stir well, then strain into a chilled cocktail glass and garnish with a Luxardo Maraschino Cherry. Serve and recite the Address to a Haggis’. Try to ensure you actually have some haggis or the vegetarian/vegan equivalent. Forget any negatives you’ve heard, because haggis is absolutely brilliant.

Named after the Burns poem To a Mouse, this limited edition Scotch whisky was created by the wonderful folk at Douglas Laing for its Remarkable Regional Malts range. It was made exclusively with malt whiskies aged for at least 10 years from various distilleries in the Highlands region, and it’s another superb way to honour the bonnie bard.

A Prohibition-era cocktail that’s essentially a whisky equivalent of a Negroni, The Boulevardier is a beautiful, rich and complex serve. To make, combine 45ml of Timorous Beastie 10 Years Old, 25ml of Campari and 25ml of Martini Rosso in a mixing glass with ice. Stir, then strain into chilled tumblr over fresh ice. Garnish with an orange twist, serve and pay tribute to your creation with a rendition of To a Mouse.

Another fine example of how good a blended malt can be, the Johnnie Walker Green Label 15 Year Old, which was relaunched in 2016, was crafted from Speyside, Highland, Lowland and Island malts, all of which were matured for at least 15 years. Some say 27 malts in total were used. Others say whiskies from Cragganmore, Linkwood, Caol Ila and Talisker make up the chief components of the blend. What we know for sure is that this is a tasty, versatile tipple that mixes beautifully.

Simple, sophisticated and oh-so Scottish, this Jock Collins with a Burns-ian spin is such a delightful way to serve Scotch whisky. All you have to do is mix the 60ml of Johnnie Walker Green Label 15 Year Old, 30ml of lemon juice and 1 tsp. sugar in a shaker. Then shake and pour the mix into a Collins glass half-filled with ice. Top with soda water, garnish with an orange slice and serve while challenging yourself to recite, as much as you can manage off-by-heart, the epic Tam O’ Shanter.

“O gin my love were yon red rose,
That grows upon the castle wa’;
And I myself a drap o’ dew,
Into her bonie breast to fa’!”

A great introduction to the brand of smoke, iodine and medicinal tasting Scotch, Laphroaig 10 Year Old is a classic Islay malt that’s brimming with peaty character. The distillery claims that the original Laphroaig expression is distilled the same way today as it was when Ian Hunter invented it more than 75 years ago. Little wonder it was recently named 2019 Best Single Malt Scotch 10 Years & Under by Jim Murray’s Whisky Bible.

The Penicillin is the ultimate peated whisky cocktail, so how we could we resist using it here? This recipe calls for ginger liqueur and three drops of dew (honey water – I might be stretching it with this one) instead of the typical honey-ginger syrup, which you are more then welcome to use instead. But if you want to bring on the Burns, then all you need to do is add 45ml of Laphroaig 10 Year Old, 30ml of Dewar’s 12 Year Old – The Ancestor, 15ml of King’s Ginger Liqueur, 22.5 ml of freshly squeezed lemon juice and 3 spoons of honey water (3 parts honey to 1 part water) to a shaker with ice. Shake and strain the mix into ice-filled tumbler and garnish with some candied ginger. Serve and recite O Were My Love Yon Lilac Fair much like Ron Swanson would (look up the Parks and Recs scene for reference).

A popular scotch-based cocktail that first appeared in 1930 in The Savoy Cocktail Book by Harry Craddock, the Blood and Sand looks as good as it tastes. To create, you’ll need to add 22ml of Compass Box Great King Street – Artist’s Blend, 22ml of Lustau Vermut Rojo, 22 ml of Cherry Marnier and 22 ml of orange juice (freshly squeezed is best) into a shaker with ice. Shake and strain into a chilled coupe glass and garnish with an orange peel, before reciting the beautiful A Red, Red Rose to what I can only imagine will be a room of people struggling to hold back the tears.

“O Lord, Thou kens what zeal I bear,
When drinkers drink, an’ swearers swear,
An’ singing here, an’ dancin there,
Wi’ great and sma’;’!”

Founded in 1824 by John Haig, Cameronbridge was one of the first distilleries to produce grain whisky. So when you need a grain whisky capable of living up to the Burns Night hype, it’s a great place to turn to. This bottling from That Boutique-y Whisky Company features multiple Tiddlywinks World Singles Champion Dr. Patrick Barrie, so you won’t just be celebrating one legend with a purchase of this Scotch.

The Presbyterian is a delicious variation of a whisky highball. This incarnation of the cocktail pays tribute to Holy Willie’s Prayer, a poem in which Burns fittingly attempts to uncover what he sees as the absurdity of the Presbyterian doctrine of predestination. Neat, huh? To create, start by adding 45ml of Cameronbridge 27 Year Old (That Boutique-y Whisky Company) to a highball glass filled with ice. Then top with 55ml each of ginger ale and soda water and stir. Garnish with a lemon twist, then serve and recite the defiant Holy Willie’s Prayer.

If you’re looking for a superb, sherry-tastic single malt to see in Burns Night, this might just be the one for you. Crafted by master distiller Richard Paterson, Dalmore 12 Year Old was matured in American white oak ex-bourbon casks and finessed in rare and aged oloroso sherry casks. It’s absolutely delicious.

The Auld (Old) Fashioned is a personal favourite that’s easy to create, and even easier to enjoy! Start by putting a level teaspoon of brown sugar into an Old Fashioned glass. Then add a splash of hot water and a two dashes of Fee Brothers Orange bitters. Stir vigorously so that the sugar dissolves, then add 80ml of Dalmore 12 Year Old. Stir a bit more, add ice cubes, stir a bit more and garnish with a piece of orange peel. Serve while belting out a resounding edition of Auld Lang Syne.

Master of Malt @MasterOfMalt
2 hours ago
Back in 1904, a crafty Reverend whipped up a rather wonderful citrus and spice-forward gin #liqueur. Luckily it's been revived, and Reverend Hubert Winter Gin Liqueur has been bottled up to grace our palates! 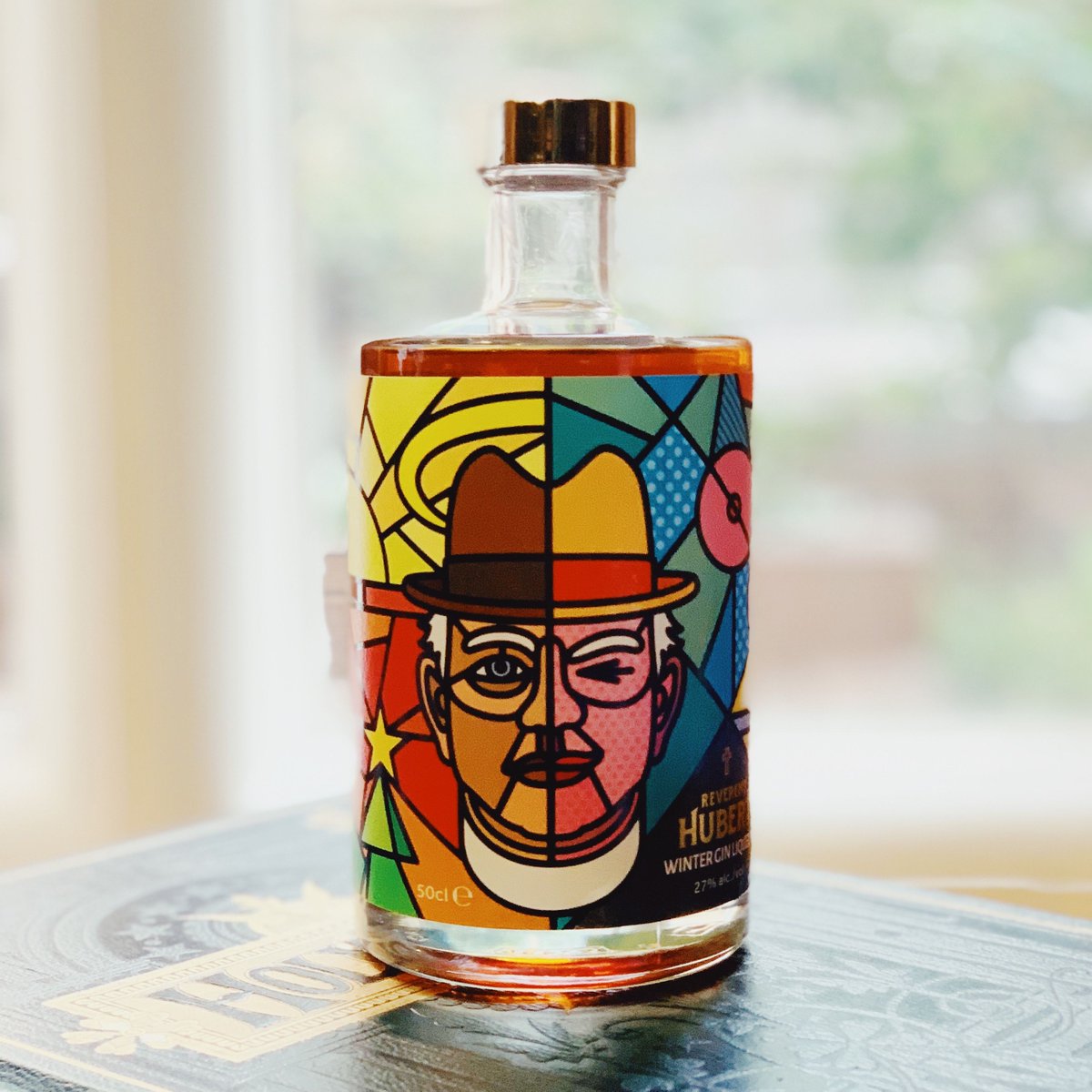 Master of Malt @MasterOfMalt
14 hours ago
Drunken pipers and raw haggis, Ian Buxton shares his experiences celebrating #BurnsNight all over the world. 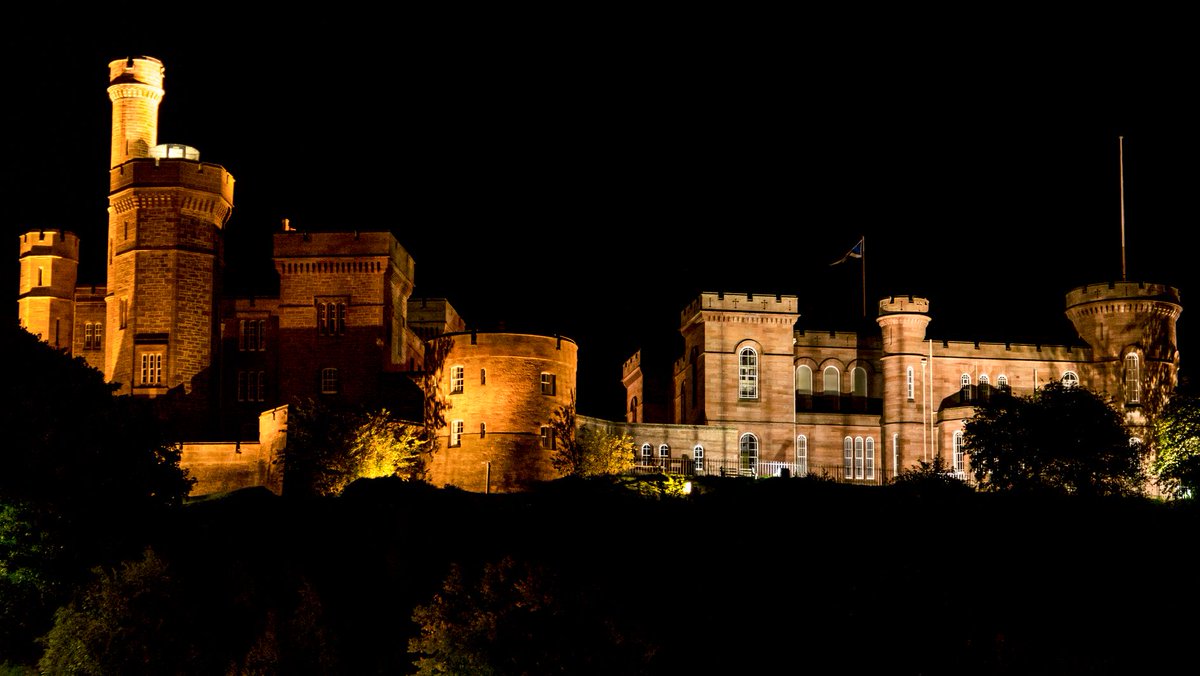 Master of Malt @MasterOfMalt
17 hours ago
It's the 1990 vintage of #Macallan's much-loved Sherry Oak expression! It's no wonder this fabulous bottling range has stood the test of time.

Join us on our Wolfburn adventure!

Cocktail of the Week: The Zombie