We have mega news from Scotland’s ever-awesome BrewDog – it’s now officially carbon negative across the entire business! That’s right, not even carbon neutral, but negative. Talk about setting an example…

We’ve long been saying that companies need to take more accountability for their carbon footprint, and distilleries and breweries are far from exempt. While news surrounding the environment and climate change can seem like a barrage of negativity, every so often something miraculous comes along. Like the news that BrewDog is carbon negative! Seeing as CO2 levels are nearly at the highest record in human history, this news couldn’t come quick enough. 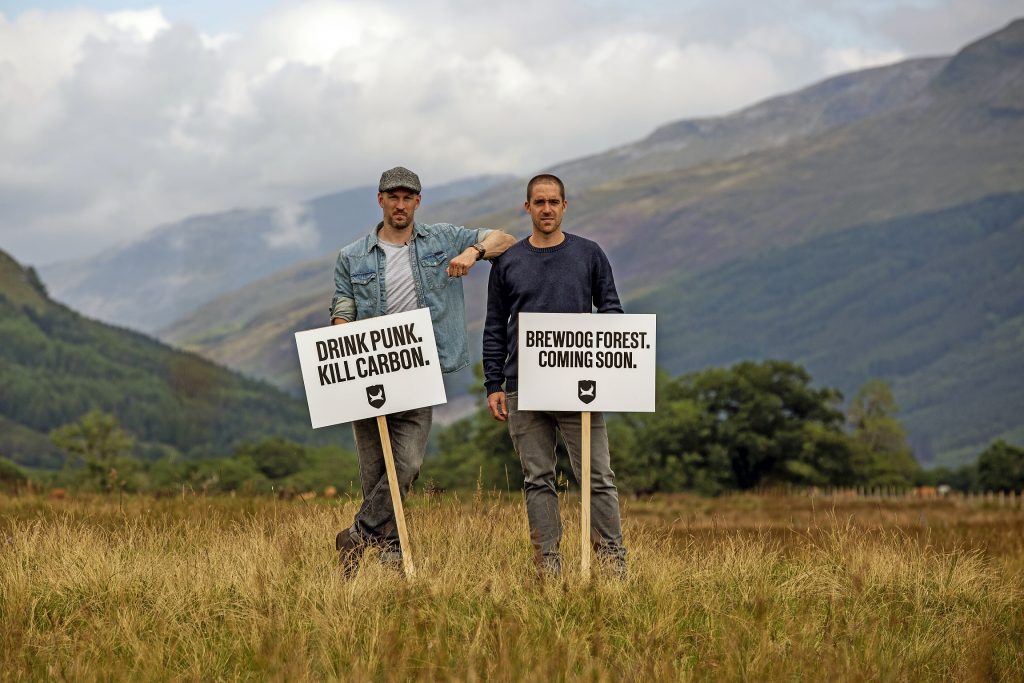 BrewDog is planning on planting an entire woodland

It’s easy for companies to make a small contribution to the cause of climate change, sit back and be happy with their performative eco-initiatives. Which is what BrewDog was doing, with its total carbon footprint coming to 67,951 tonnes CO2 in 2019. “And then it hit us,” write James Watt and Martin Dickie, co-founders of BrewDog, “the blindingly stark realisation that we were not doing anything like enough. And in fact, we were massively contributing to the current existential problem that our planet and our species are facing.”

This news from BrewDog is far from performative. “We double offset our scope 1, 2 and upstream scope 3 carbon,” the duo continue. That all sounds rather technical, but what it actually means is that BrewDog offsets the carbon in its supply chain as well as just in its production processes. This is true commitment.

From 22 August 2020, the company pledged to remove twice as much carbon from the air each year as it emits. So, how is BrewDog achieving this improbable task? Firstly, by 2022 the company is planning to have planted one million trees in the Scottish Highlands in a 2,050-acre plot of land it bought. We’re not talking about a monoculture here, but actual biodiversity! The ecosystem will be built with the Woodland Carbon Code accreditation program. It’s also dedicating 550 acres to peatland restoration because peatlands are ridiculously effective carbon sinks.

This is all very impressive, but you may be thinking that action isn’t enough in itself. Education is crucial too. BrewDog thought of this and is also planning an educational campsite at the site which will run sustainability retreats and workshops in what will be known as the BrewDog Forest. Give a man a fish, and all that. 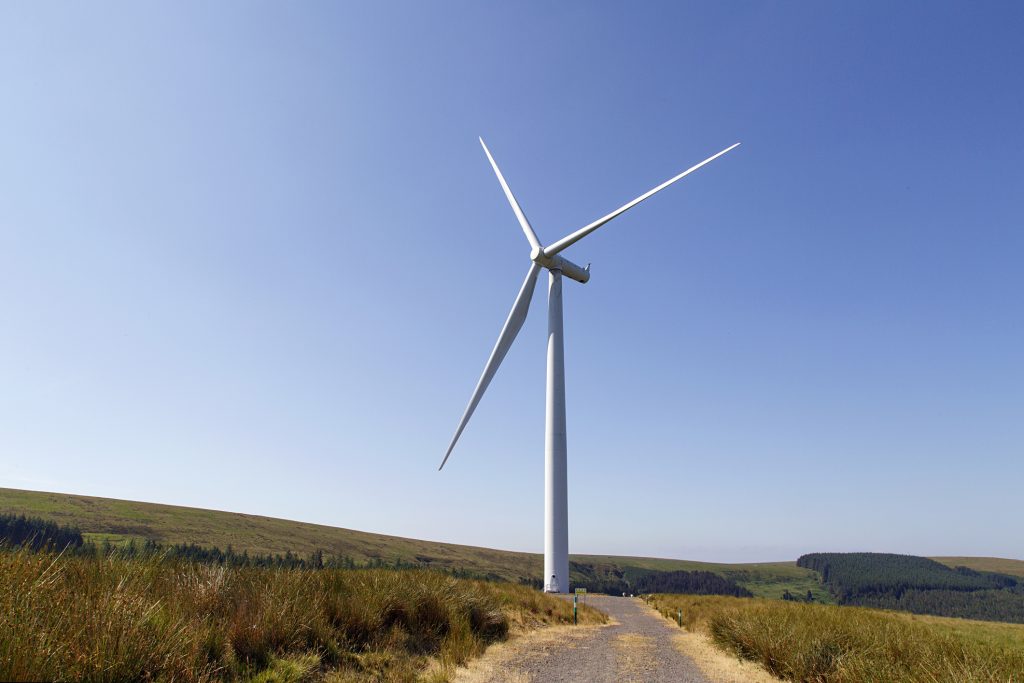 Local wind turbines will power all of BrewDogs UK breweries

This is also all well and good, but why work so hard on removing carbon from the atmosphere if you’re just going to keep contributing to the emissions? BrewDog thought of this too, and it has a multifaceted 24-month plan to reduce its carbon footprint. Waste malted barley will be turned into biomethane, relieving the dependence on fossil fuels. All of the electricity used to brew BrewDog beer in the UK will come directly from local wind turbines, while all of its vehicles will eventually be electric. By 2021, an anaerobic digester bio-plant will be in use, turning waste brewery water into H2O that can be reused in production. And last but certainly not least, perhaps the most creative out of all the initiatives, CO2 produced during fermentation will be captured and, hopefully, used to carbonate BrewDog beers!

Much of these initiatives are simply reducing and repurposing what was previously perceived as a waste product into something useful. Surplus beer is turned into vodka. Spent spelt is turned into dog biscuits. The brand’s MEGA (Make Earth Great Again) lager is made by replacing 20% of the barley with surplus fresh bread.  But, unfortunately, once the beer is produced there’s even more scope for waste. BrewDog reported that every year, almost one billion drinks cans in perfect condition aren’t even used, due to changes in branding or production errors. So, what did they do? Repurposed those cans with new labels! This seems like a logical solution, but time and effort are often prized over reducing waste. With a little bit of creativity, dedicated time and an open mind, waste almost ceases to exist! 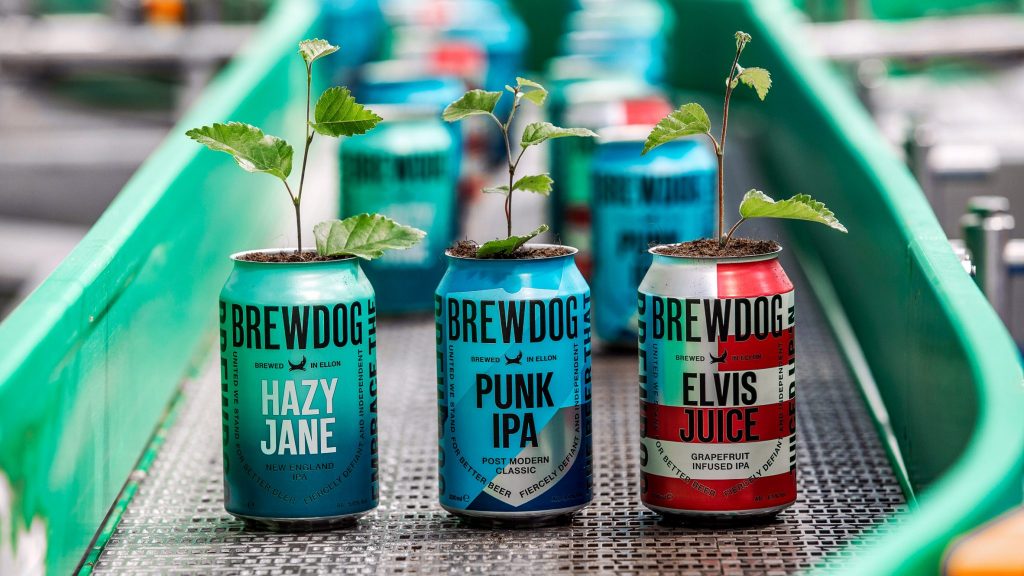 All parts of BrewDog’s business are carbon negative

What is really inspiring here is not only BrewDog’s dedication and achievements but its transparency. An entire page was dedicated to its carbon footprint breakdown in the press release, all of its secrets laid bare. “We will regularly update and refine these numbers and share the latest estimates in each edition of our sustainability report,” BrewDog has pledged. Transparency has always been needed in the industry, but particularly when it comes to sustainability.

Because of this hard work, BrewDog can now proudly say that all parts of its business are carbon negative. That encompasses its beers, bars, spirits, e-commerce and breweries across the world. “It has been a joy to work with BrewDog on these first big steps of their transition. Going forwards they won’t be perfect,” writes professor Mike Berners-Lee, lead scientific advisor at BrewDog. “They’ll make mistakes and they’ll need to be honest about them. They won’t need to beat themselves up but they mustn’t let themselves off the hook either. The message they send to the rest of the business world is that if they can say it like it is, everyone else had better do likewise.” This is crucial – there is always more to be done. It’s better to try and make mistakes, though there is never a time to sit back and rest.

“We want to make BrewDog a catalyst for change in our industry and beyond,” state the co-founders. We can only hope that this is the case. This is truly fabulous news, but the industry still has so far to go.

Diageo Special Releases 2020: Details are in!