Edward Slingerland’s new book Drunk looks into mankind’s long relationship with alcohol and comes to the startling conclusion that far from being merely a pleasure or a vice, alcohol might be vital to civilization itself. Ian Buxton takes a closer look.

What – in this increasingly puritanical age, with the government attempting to micromanage what we eat and drink, and how much we exercise – are we to make of strong drink?

Well, I’m with Burns – “freedom and Whisky gang thegither” – and, so too, it seems is Professor Edward Slingerland (distinguished university scholar and professor of philosophy at the University of British Columbia) who in his new book DRUNK. How We Sipped, Danced, and Stumbled our Way to Civilization rides to the defence of the demon drink in the face of the Lancet’s notorious, terrifying 2018 conclusion that the only safe level of alcohol is zero. 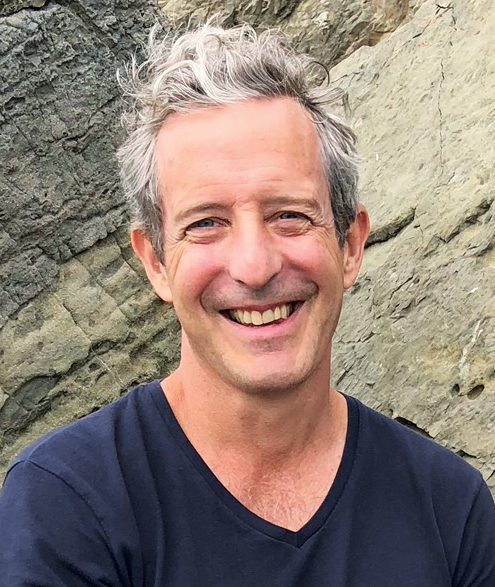 Plucked out of the air

This built on the earlier report from the UK’s Chief Medical Officer (then Dame Sally Davies, not the saintly Chris Whitty, frequenter of our TV screens during the current unpleasantness) recommending a reduction to 14 from the old 21 units of alcohol per week for men. Nanny Davies was pilloried for her joy-crushing comment: “Do I want the glass [of wine] or do I want to raise my risk of breast cancer? I take a decision each time.” She appeared to ignore the startling confession from Richard Smith from the original Royal College of Physicians working party who in 2007 told The Times that “those limits were really plucked out of the air. They were not based on any firm evidence at all. It was a sort of an intelligent guess.”

Slingerland’s book seeks to rescue alcohol from, as he puts it: “cheery New Age ascetics and dour neo-Puritans” and proposes “our desire for alcohol is not an evolutionary mistake. There are good reasons for why we get drunk.” Readers of this blog may safely be presumed confirmed (if responsible) imbibers all, and accordingly wondering if the author hasn’t simply set up a straw man for the pleasure of setting fire to it (for he surely accomplishes more than simply knocking it down).

Sadly, alcohol’s enemies are all too real and growing ever more powerful, deeply embedded as they are in Government and officiously determined that their bleak prognostications should prevail. Slingerland’s book should be required reading in the corridors of power where it has perhaps been forgotten that as often as not we drink because we enjoy it and it makes us feel good – and has done for all of recorded human existence. He describes it as “a holistic defence of alcohol and intoxication, one that gives pleasure for pleasures’ sake its due”. But more than this Drunk posits that alcohol is central to civilization itself.

Not an evolutionary mistake

Like an expert mixologist creating a beguiling cocktail, Slingerland draws on evidence from archaeology, history, cognitive neuroscience, psychopharmacology, social psychology, literature, and genetics, to show that our taste for chemical intoxicants is not an evolutionary mistake, as we are so often told. In fact, intoxication helps solve a number of distinctively human challenges: enhancing creativity, alleviating stress, building trust, and pulling off the miracle of getting fiercely tribal primates to cooperate with strangers.

Indeed, earlier commentators such as the 18th century author of Ebrietatis Encomium or The Praise of Drunkenness noted that it had been “authentically, and most evidently proved, the necessity of frequently getting drunk; and that the practice of getting drunk is most Ancient, Primitive, and Catholic. Confirmed by the example of Heathens, Turks, Infidels, Primitive Christians, Saints, Popes, Bishops, Doctors, Philosophers, Poets, Free Masons, and other Men of Learning in All Ages.” But we should note Slingerland’s concern over the, in evolutionary terms, recent and rapid arrival of distilled spirits as he suggests beers and wine with their generally lower alcohol levels may be a wiser choice. 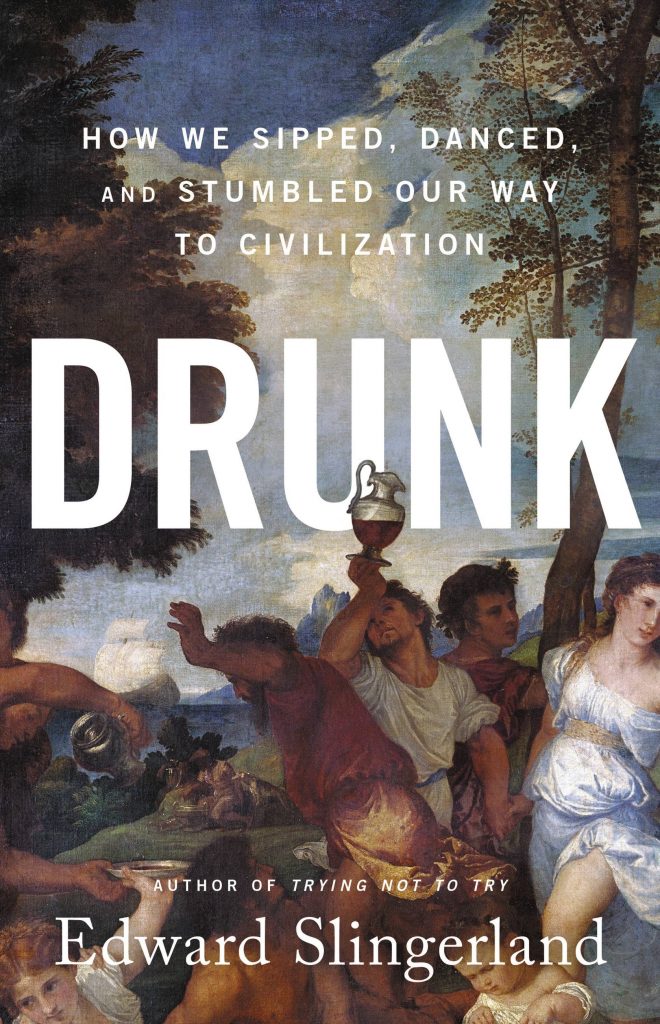 Drunk is, however, for the British reader, something of a curate’s egg. The style veers curiously between the formally academic (in the manner of such things there is an intimidating twenty-four page closely typed bibliography and the text is littered with citations) and faux hip, populist and rather flip observations somewhat in the style of an abbreviated TED talk. A sinologist, Professor Slingerland’s academic and research interests lie primarily in early Chinese thought and the study of comparative religion. Accordingly the book is packed with references and quotations from Chinese poets, philosophers and writers. That’s all very interesting but readers will look in vain for any sustained discussion of Western Europe’s rich cultural commentary on drink and its contribution to life and society.

There is a passing reference to the Britain’s gin craze of the mid-1700s, surely one of the most exciting if unwitting explorations of the effects of mass consumption; the disaster that was Prohibition is only lightly touched upon and I would have welcomed something on the relationship of great writers and the bottle: a small measure of Hemingway, William Faulkner, Dorothy Parker, F Scott Fitzgerald, Jack Kerouac or Dylan Thomas let alone Shakespeare or Burns might have balanced the Chinese references which for the non-specialist tend to the obscure. Or we could have heard something of booze and the blues (Robert Johnson, for example) or, for the more erudite musicologists, surely there was room at the bar for Schubert’s Trinklieder or even Neil Gow’s joyful Strathspey Welcome Whisky Back Again of 1799 – any ceilidh the better for this tune, celebrating the lifting of a ban on distilling.

But these are minor cavils. Drunk offers us an elegant, well-argued and occasionally drily humorous pushback against the killjoys and party-poopers. Buy it remembering Hunter S. Thompson’s wise words “Good people drink good beer” but perhaps read it in an abstemious moment fully to appreciate Slingerland’s lengthy, cask-strength toast to drink’s formative contribution to human civilization.

Drunk: How We Sipped, Danced, and Stumbled Our Way to Civilization by Edward Slingerland is published by Little, Brown, £25. Buy it here.