Adam O'Connell
No Comments on Bunnahabhain is our first MoM Whisky Icon champion!

Rejoice, fans of Bunnahabhain, because it has just won our first Whisky Icon championship! We find out what it is about this Islay distillery that appeals so much to whisky lovers. …

Rejoice, fans of Bunnahabhain, because it has just won our first Whisky Icon championship! We find out what it is about this Islay distillery that appeals so much to whisky lovers.

Recently we held a competition to find out which whisky distillery or brand was the favourite among our customers. The process was simple, a World Cup-style knockout in which you simply clicked on the distillery you felt should make it to the next round. But, in a world where so many drinks awards are decided on who has the biggest wallet, our Whisky Icon championship was purely about you, real human beings, using your vote on Twitter and Instagram. Democracy in action!

Despite the fierce talent on display, only one distillery could be crowned our Whisky Icons champion. And, as you might have seen, the votes have all been tallied and we have an ultimate victor, which narrowly bested stiff competition from the ever-popular Lagavulin.

To celebrate the good news, we’re offering a 10% discount on Bunnahabhain 12 Year Old (from £37.40 – £33.40, or £4 off). So if you fancy finding out why so many people love the brilliance of Bunnahabhain, or if you’re already a fan and fancy celebrating this momentous occasion, rejoice in the savings. And, as a further thank you for showing support to the various brands that featured in the Whisky Icons Championships, some of them would love to offer some free gifts with your next purchase, like Lagavulin 16 Year Old with a free Glencairn glass, Dalmore Cigar Malt with a free cigar cutter, or a free mug with Talisker 10 Year Old. Check even more whisky freebies here.

But, today is all about Bunnahahbain and so we thought we’d get the reaction from people who voted for the distillery as well as some key distillery figures to find out why Bunna beat the competition and just what it means to be the Whisky Icon for 2021.

“I’m absolutely made up for us to have won. It was a bit of Sophie’s Choice for me having worked at Ardbeg and Lagavulin and they’re both incredible single malts, so it wasn’t an easy competition to win. This feels like recognition for a distillery that, when I joined everyone said was going to be an incredible whisky to work for but that’s always been a wee bit under the radar because even though it’s Islay, it’s unpeated. I think that’s why it stands out. Everyone can drink it, smoke is for some people, not for others. But everyone can get behind great made, unpeated, all sherried whisky that’s big and complex, and incredible. That’s why I think it won”.

“It’s great to see more people loving it and for it to win the Whisky Icon award shows the direction we’re going in and that more and more people are aware of how great Bunnahabhain is. We’re laying more single malt down and making it more available for people to try. Master of Malt is a great place to show off amazing whiskies and for Bunna to come out on top feels amazing!”

“Thanks to Master of Malt for running their inaugural Icons of Whisky Championship. Here at Bunnahabhain Distillery, we were delighted to emerge as the overall winners, particularly as the outcome was decided by public vote. Minor personal cajoling of our whisky friends aside, it was lovely to receive so many votes from whisky fans everywhere. It is also a pleasing endorsement of our commitment to make seriously good whisky whilst also making the drinking of it seriously good fun. Thank you everyone for your votes!” 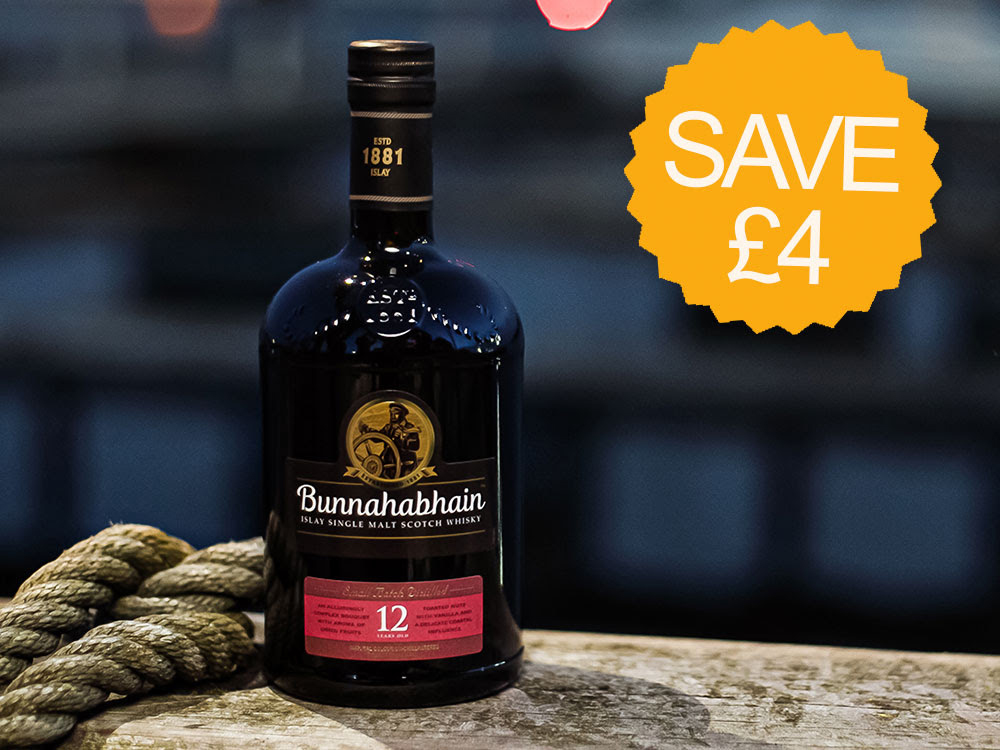 A whisky icon at a bargain price

Views from the voters

Go to the announcement post on Twitter and you’ll see plenty of reaction and good cheer from people who voted for Bunnahabhain and those who were happy to see the winner. We spoke to a couple of them, including @WhiskyLee232, who thought Bunnahabhain was a worthy winner due to its “excellent whisky range and the engagement on Twitter, particularly David Brodie and his ‘view from the verandah tweets’ alongside his Warehouse 9 tour pictures”.

@WhiskyoftheWeek, meanwhile voted in favour of the Islay distillery because some of her favourite drams come from Bunnahabhain, saying she loves “the richness and the fruity sweetness” that characterises its whisky and its ability to “consistently produce drams that are memorable and complex”. 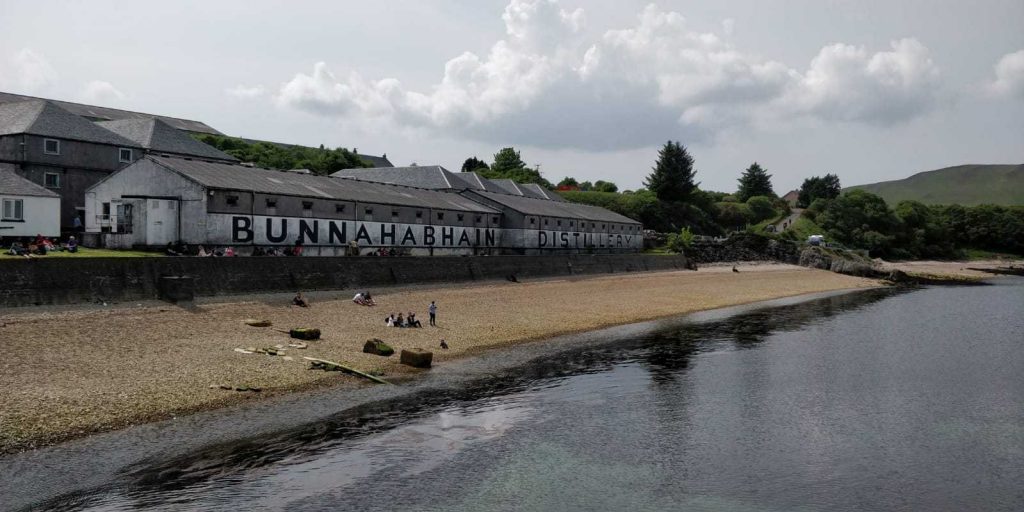 Will Bunnahabhain be our Whisky Icon next year?

So, if any distillery wants to steal the crown next year, then they know what to do. Make sure they have memorable and complex whisky, engage with fans and hire David Brodie. Seems like a reasonable checklist.

Oh, yes, you read that correctly. We will be back next year with even more Whisky Icon excellence. So if you’d like to see Bunna defend its victory or want another distillery to take the title, then do make sure to take part.

And don’t forget about that 10% discount on Bunnahabhain 12 Year Old! If you bought ten bottles right now, you’d essentially be getting the eleventh for free. And that’s not something to be passed up on lightly.

END_OF_DOCUMENT_TOKEN_TO_BE_REPLACED
No Comments on Bunnahabhain is our first MoM Whisky Icon champion!
News

Whisky icons – we have a winner!

Master of Malt
No Comments on Whisky icons – we have a winner!

Whether they’re bourbons, single malts or blended whiskies, some brands are so famous that they’re iconic. But which is the biggest whisky icon? We’re running a poll on social media…

Whether they’re bourbons, single malts or blended whiskies, some brands are so famous that they’re iconic. But which is the biggest whisky icon? We’re running a poll on social media to find out, and this is the page to follow the results.

The Oxford English Dictionary defines the word ‘icon’ as: “A person or thing regarded as a representative symbol or as worthy of veneration.”

So, what makes a whisky an icon? Well, it has to be a great whisky to start with. One that’s revered across the world. But more than this, it has to have a strong memorable image. Say the name of a particular distillery or brand, and it should instantly resonate.

Now this could be a globally famous brand like Johnnie Walker or Jack Daniel’s. Many people who have never even drunk whisky will have heard of these brands. Jack Daniel’s for its association with music, and Johnnie Walker because it’s an icon of consumer capitalism (as well as a great whisky). Then there’s Macallan, a symbol of luxury up there with Rolls Royce or Cartier.

But lesser-known names can be iconic among the whisky cognoscenti. Take Springbank, for example. You have to know a bit about whisky to have heard of it but it’s undoubtedly “worthy of veneration.” We’ve seen grown men and women go all tearful at the thought of a rare bottle of Springbank.

But your whisky icon might be Lagavulin from Islay, Four Roses from Kentucky or even a newer distillery like Mackmyra from Sweden. So to decide this once and for all, we’re giving Master of Malt customers the opportunity to shout about their favourite brands.

Vote for your whisky of icon

Social polls will be posted on a @masterofmalt Instagram story Monday to Friday this week (simply view our story and tap on the distillery/brand you wish to vote for). Or alternatively you can vote over on the @MasterOfMalt Twitter page where a poll will be posted to our feed. 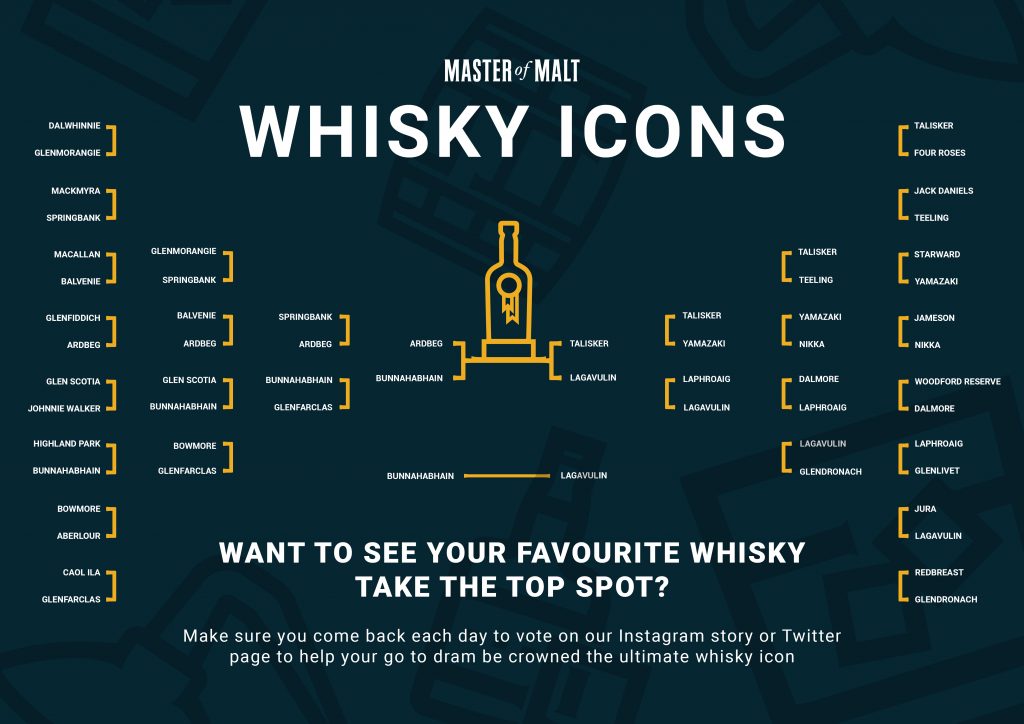 The tournament will end on Monday 27 September with the winner announced that day. This is how it will work:

Monday 20 September – first round with 32 whiskies

Tuesday 21 September – second round with 16 whiskies

Monday 27 September – announcement of the winner

Get voting so we can say once and for all what the greatest icon of whisky is! And then we find something else to argue about.

The winner was… Bunnahabhain with Lagavulin as the runner-up.

END_OF_DOCUMENT_TOKEN_TO_BE_REPLACED
No Comments on Whisky icons – we have a winner!

Master of Malt @MasterOfMalt
3 hours ago
Tormore and Lough Gill Distillery are sold to ambitious new owners and the world’s first pub for plants opens. It’s the Nightcap! 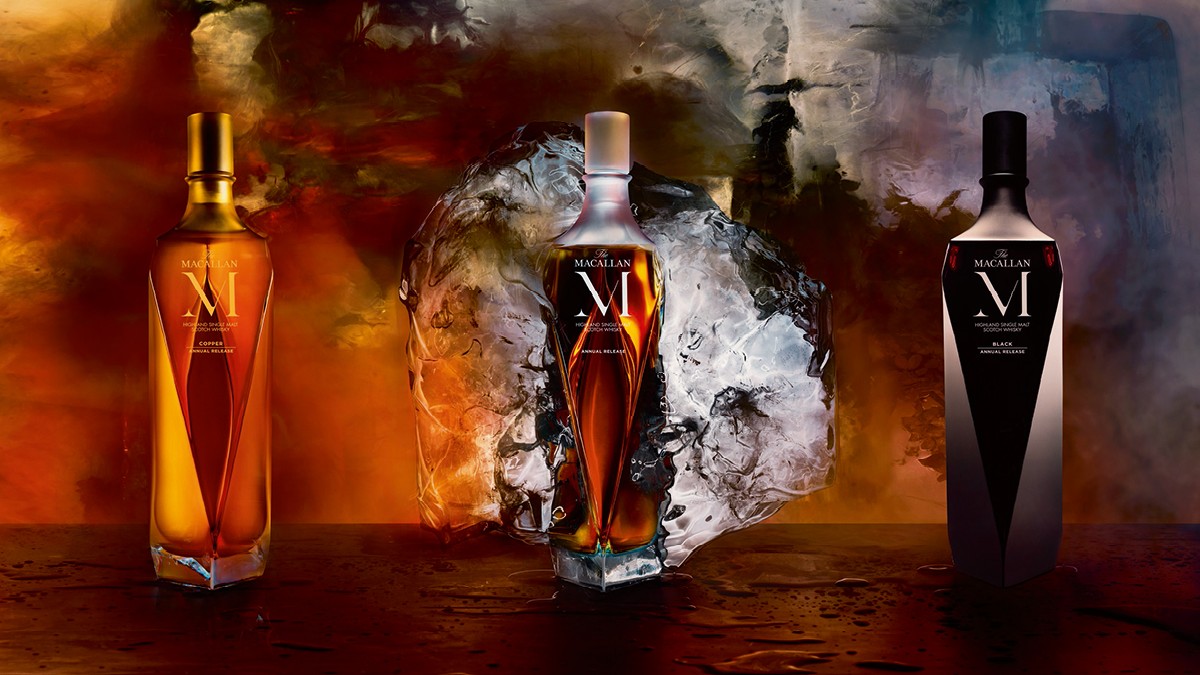 Master of Malt @MasterOfMalt
6 hours ago
Sollasa brings cooling spice to hot summer nights with cardamom, mint and basil, and at 20% ABV it's a perfect all-evening summer sipper.

Master of Malt @MasterOfMalt
6 hours ago
We visited one of the 28 European Bartender Schools ( @ebsbarschools) across the world, and asked head of education Gavin Wrigley the big question: what does it take to become a bartender?