Hello, fellow whisky lover. You might’ve heard about a little thing called The Yamazaki Mizunara 18 Year Old. Well, we’ve been lucky enough to get our hands on six bottles…

Hello, fellow whisky lover. You might’ve heard about a little thing called The Yamazaki Mizunara 18 Year Old. Well, we’ve been lucky enough to get our hands on six bottles – and this is what we’re gonna do with ’em.

Want to find out when this is all going down? See the timeline below.

If you’re not sure what all the faff is about, let us explain. This extraordinary bottling is a blend of single malt whiskies aged entirely in Mizunara casks for at least 18 years. Mizunara oak is only found in a few regions in Japan, so it’s pretty hard to come by; it’s also soft and porous, so it’s not particularly great at retaining liquid. Suntory Whisky persevered, and released just 1,000 bottles of this unbelievable whisky worldwide – of which we’re delighted to have six.

To say this bottling is highly sought-after is an understatement. It has an RRP of £1,000, but a quick Google search confirms that it’s going for way more than that already (Think double that price, or even more…), which is why we’ve decided to split our allocation between a 30ml dram lottery, a bottle lottery, and a charity auction.

This has been the case with rarities like this for the past few years (most recently, the hotly-anticipated Buffalo Trace Antique Collection 2017, and before that, the Yamazaki Sherry Cask Release, to name just a few). If you’re wondering what the hell we’re on about, we invite you to read this post for an in-depth explanation.

END_OF_DOCUMENT_TOKEN_TO_BE_REPLACED

Help kill off malaria for good with 1897 Quinine Gin

It’s World Mosquito Day this Sunday – find out how you can help fight malaria while savouring a splendid G&T.

Sunday 20th August marks World Mosquito Day – the 120th anniversary of the most important discovery in the battle against malaria. Back in 1897, Indian-born British doctor Sir Ronald Ross found the parasite carrying the disease in the gut of a female mosquito, and went on to map its complete lifecycle. His work lay the foundations of the fight against the disease, saving millions of lives in the process. And while there’s still so much work to be done, we think his achievements are well worth celebrating.
END_OF_DOCUMENT_TOKEN_TO_BE_REPLACED

We’re splitting our allocation of the highly sought-after Buffalo Trace Antique Collection between a 3cl dram lottery, a bottle lottery and an auction (with anything over RRP donated to our nominated…

END_OF_DOCUMENT_TOKEN_TO_BE_REPLACED

1897 Quinine Gin is made with cold distilled cinchona bark and citrus peels. Over half the producer’s profit (at least £5 per bottle) donated to Malaria No More UK. Saturday…

This Saturday is World Mosquito Day. It’s the anniversary of the day on which Indian-born British Medical Doctor Sir Ronald Ross discovered the malarial parasite in the gut of a female mosquito in 1897. “With tears and toiling breath, I find thy cunning seeds, O million-murdering Death. I know this little thing A myriad men will save.” Ross was subsequently able to establish the complete life cycle of the parasite and lay the foundation for fighting the disease ever since, saving millions of lives.

END_OF_DOCUMENT_TOKEN_TO_BE_REPLACED

Charity Whisky Auction up to £1,700 per bottle!

Master of Malt
No Comments on Charity Whisky Auction up to £1,700 per bottle!

The Wolfburn Inaugural Special Edition auction bottles are up to £1,700 each with just a few hours to go until the hammer claps down at 14:00 BST today! After tax,…

We’re on the home straight of our Wolfburn Inaugural Special Edition auction and the two available bottles of this brilliant single malt are up to £1,700 each with just a few hours left to go!

The bottle auction runs until 14:00 BST (GMT+1) today and everything raised over the RRP of £200 (net of any applicable VAT) will be donated to Malaria No More UK. This will support the charity’s tremendous work protecting millions of children and their families as well as unlocking funds and leveraging government policy to help bring an end to this preventable and treatable disease. Our previous auction for the Yamazaki Sherry Cask 2016 raised £2,800 for the charity, with these bottles set to top that figure!

END_OF_DOCUMENT_TOKEN_TO_BE_REPLACED

END_OF_DOCUMENT_TOKEN_TO_BE_REPLACED
No Comments on Charity Whisky Auction up to £1,700 per bottle!
News Whisky

Master of Malt
2 Comments on Yamazaki Lottery & Auction Roundup raising over £2,800 for Malaria No More UK!

Now that the action is over, it’s time to let you know how it all went… To recap, our allocation of Yamazaki Sherry Cask 2016 was 6 bottles, so we…

Now that the action is over, it’s time to let you know how it all went…

To recap, our allocation of Yamazaki Sherry Cask 2016 was 6 bottles, so we decided to have 4 bottles turned into Drinks by the Dram 3cl samples (drams) with a lottery that would give 90 people the chance to taste it, 1 bottle available through another lottery (with a nice message scribbled on the back to encourage the winner to crack it open), and 1 final unadulterated bottle was auctioned (with everything over the RRP of £200 going to charity). Much more on the ‘Why?’ can be found in the previous Yamazaki Sherry Cask post: Allocations, limited releases, bastards, speculators and gobshites.

END_OF_DOCUMENT_TOKEN_TO_BE_REPLACED

Something really very special here. An innovative new London Dry Gin – launching today – which is not only delicious but will also help save lives. 1897 Quinine Gin is…

Something really very special here. An innovative new London Dry Gin – launching today – which is not only delicious but will also help save lives. 1897 Quinine Gin is made with cinchona bark (the natural and traditional source of quinine) as well as fresh citrus peels cold distilled under vacuum to extract flavours that remain full of vitality and freshness. In the case of the cinchona bark this means ethereal and floral notes that contribute heavily to the overall flavour profile of the finished gin.

As well as being a truly stunning spirit, 1897 Quinine Gin supports a fantastic charity in Malaria No More UK. For every bottle sold, over half of the producer’s profit (at least £5) will be donated. That’s enough to buy, deliver and hang a mosquito net for a family living at risk from malaria in Africa – protecting their children whilst they sleep.‪

END_OF_DOCUMENT_TOKEN_TO_BE_REPLACED

Master of Malt @MasterOfMalt
2 hours ago
Don't let its lack of colour fool you, @SatrynaOfficial Cristalino #Tequila has seen a whole 18 months of ageing before being charcoal filtered, removing the spirit's colour but not its flavour. Useful for cocktails, and still suitable for sipping neat. 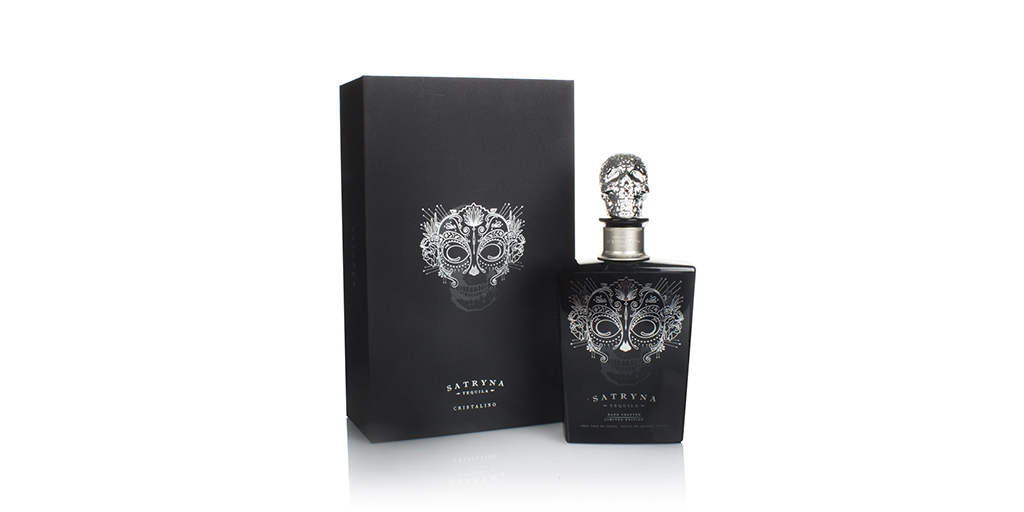 Master of Malt @MasterOfMalt
4 hours ago
London dry #gin is a popular style for good reason, but even within this category, there’s a huge range of different and delightful options.
https://t.co/PSFMFG1n8o
View on Twitter
0
3

Master of Malt @MasterOfMalt
6 hours ago
Eaux-de-vies from @CapreolusDistil have “an intensity and delicacy that is hard to convey on paper”. Ian Buxton meets distiller Barney Wilczak. 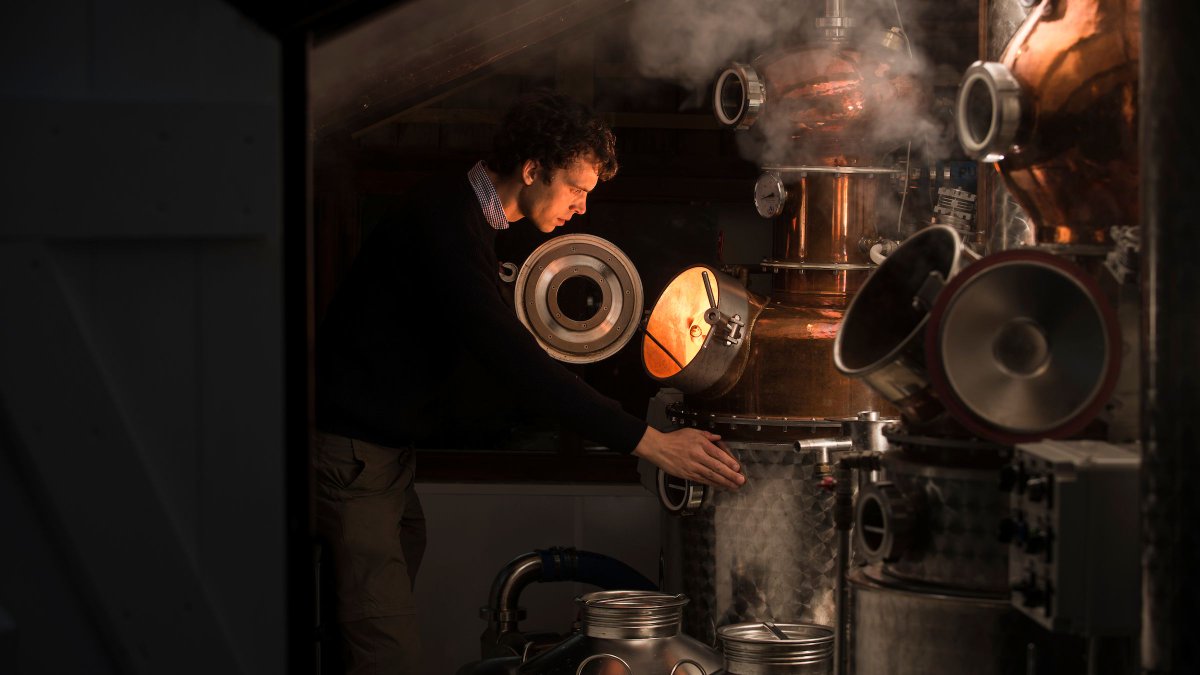