On a nondescript industrial estate in Bristol lurks perhaps Britain’s most innovative distillery, Circumstance, which is pushing the boundaries of spirits with unusual grains, yeasts, wood, and even a cryptocurrency….

On a nondescript industrial estate in Bristol lurks perhaps Britain’s most innovative distillery, Circumstance, which is pushing the boundaries of spirits with unusual grains, yeasts, wood, and even a cryptocurrency. We had to pay a visit.

It’s a far cry from the grandeur of Speyside but located on an anonymous industrial estate to the east of Bristol city centre, among the soft play centres and sign companies, there’s whisky being made. The distillery called Circumstance (for reasons that will become clear soon) is the creation of two friends: Liam Hirt, a cardiologist, and Danny Walker, who has worked in or around bars all his life, including a short stint as a brand ambassador for Diageo which didn’t suit him.

The pair started distilling way back in 2007. According to Walker, “we spent six years making gin in a basement as a hobby but it gradually became a career.” In 2013 they opened a distillery near Bristol university named Psychopomp, after spirits in Greek mythology who guide the souls of the dead to the afterlife. It quickly gained a local following. Walker told me, “we never made a sales call, people came to us.” Apparently selling gin is easy: “you can make gin and hide it, and people will find it”, but “rum and grain spirits though, that’s another story”, he said. 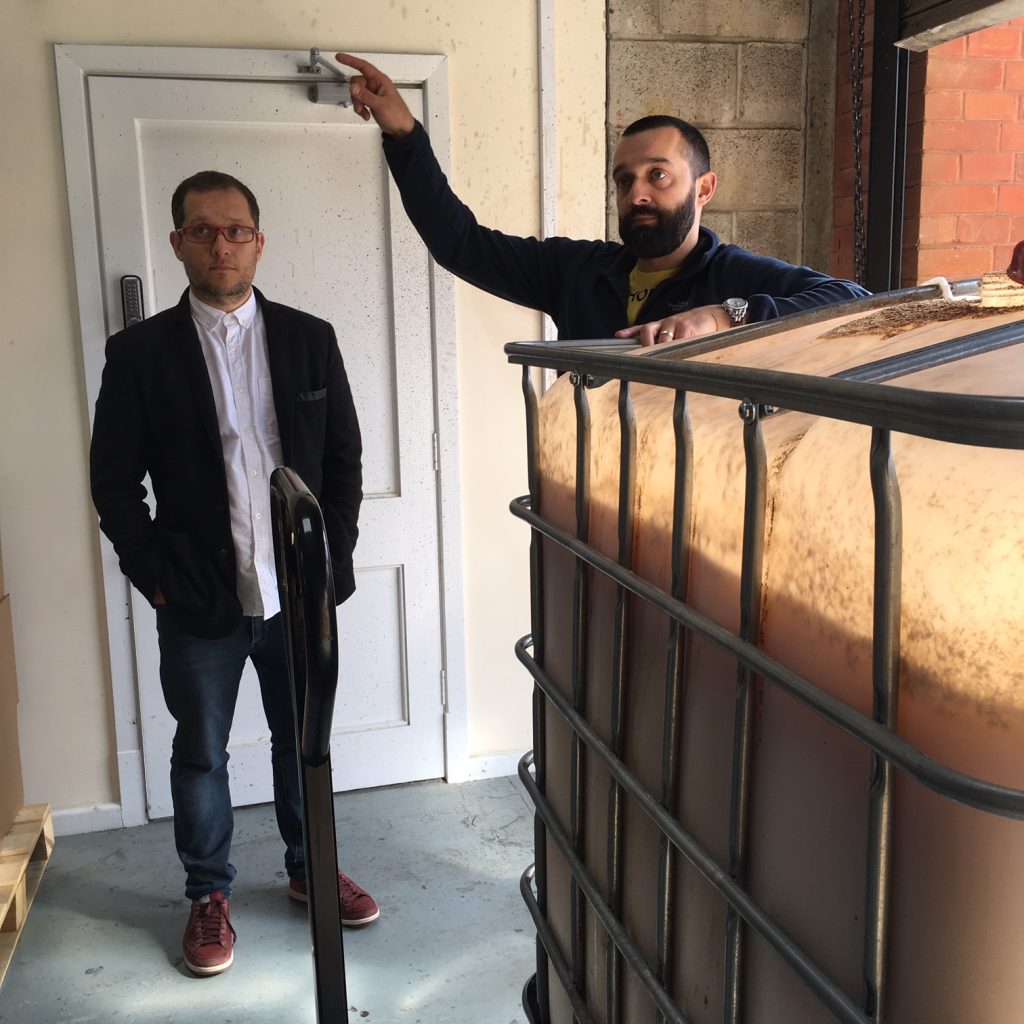 Danny Walker, left, and Mark Scott by a container of fermenting oats

And that is exactly what they are trying to do now with their second distillery which opened in August 2018. After Pychopomp comes, naturally, Circumstance. They are still a very small outfit, five people in total including a full time distiller Mark Scott who has been with them since 2016. At the new distillery, there is a 1900 litre stainless pot still which can be connected to two column stills, a four plate and a 12 plate. Using this system they could also make double-distilled pot still spirits but at the moment, they’re just using the columns. Alcohol comes off the smaller column at around 70-72% ABV, preserving plenty of character. There are also a couple of tiny 300 litre gin stills which are used to make contract gin for, among others, the Wild Beer Company based nearby in Shepton Mallet.

The stills though are the least interesting thing about the set up. They work with a wide variety of raw materials including malted barley, oats, corn, rye, molasses, and one I’ve never heard of called triticale which is a cross between rye and wheat – this is the only grain that isn’t UK grown. They are also experimenting with crystal and chocolate malts, rice and, according to Scott, plan at some point to make an Irish-style single pot still spirit made with a mixture of malted and unmalted barley. I can’t wait to try that.

The passion for experimentation continues at the fermentation stage. To ferment their barley spirits, they use a distillers yeast combined with a saison beer yeast. For oats, corn and rye, mead yeast is used. No enzymes are added so all the mash bills contain some malted barley to get things going. They ferment at low temperatures, which according to Scott gives fruity flavours. But this isn’t deliberate, it’s just bloody cold in the distillery. When I was there they had wheeled a plastic fermenter of oats (or rather 72% oats and 28% malted barley) into the sunlight to get the fermentation going more vigorously. It smelt sour and a little funky, not unlike cider. Fermentation times are measured in days rather than hours; some take two weeks to finish. It’s the kind of relaxed approach you can have when you don’t have to be consistent, Walker told me.

Then it was time to look into the maturation warehouse. Warehouse is probably the wrong word: it’s basically a shed within their industrial unit. It may be small but they have packed in a lot of innovation. There are 30 litre chestnut barrels both charred and uncharred. They do have some ex-bourbon from Jim Beam. Sounds a bit conventional, but before putting the spirits in they seasoned some casks with tea and some with coffee. Scott described the coffee one as tasting of green pepper and the tea of passion fruit. 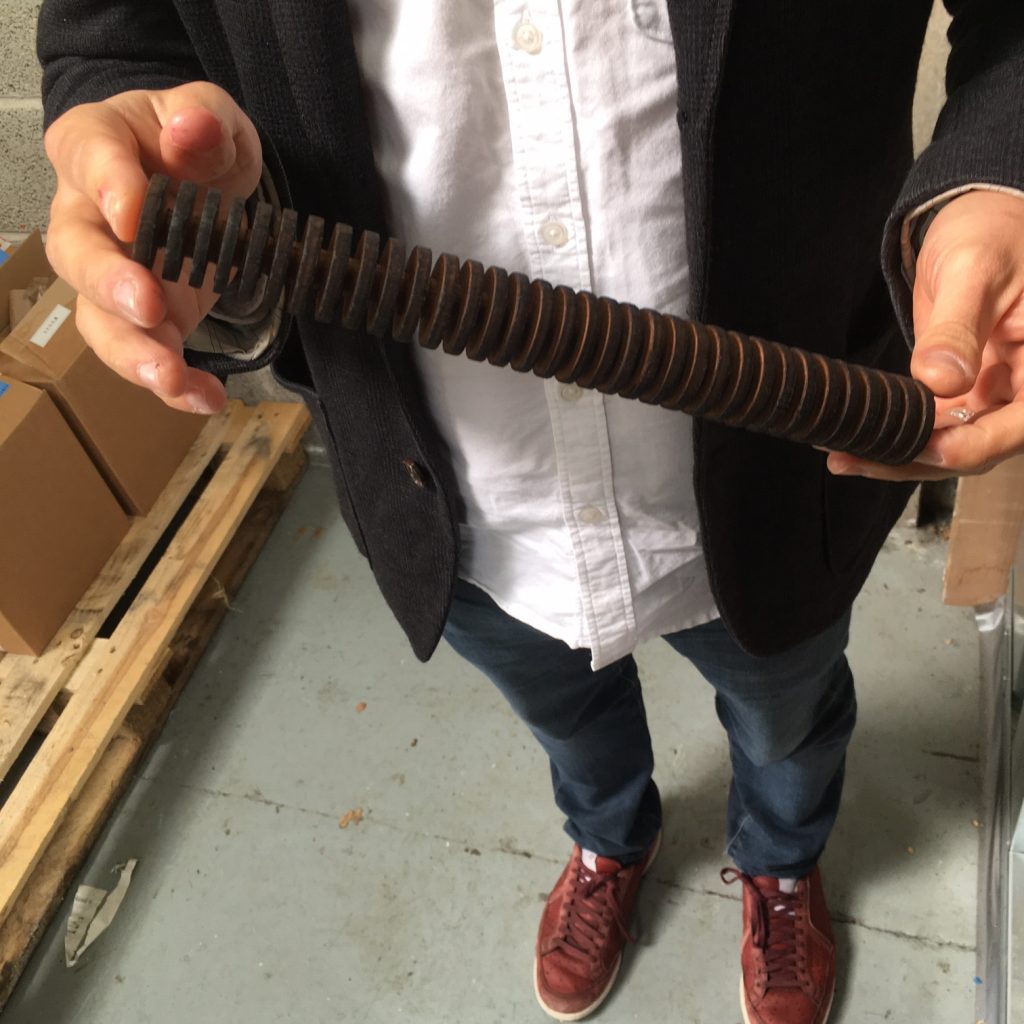 Wood comes not just from barrels but also oak spindles. This was copied from small distilleries in the US but the Circumstance team wanted to use English oak so they found a skilled woodworker to carve something to their specification which was then roasted. According to Walker English oak is spicier than American and this technique produces “…lots of wood character though no maturity obviously.”

It’s all about getting as much flavour into the spirits as quickly as possible. Rather than wait the customary three years before they can call them whisky, the team has began releasing wood-aged spirits already. First out of the gate, and made from 100% barley is the appropriately named Circumstantial Barley, which was released earlier this year which was highly spiced with an amazing richness considering it had only been maturing for around six months.

The next grain spirit has just been released. Called Circumstantial Mixed Grain, it’s made from wheat, malted barley, and rye (unsurprisingly), and aged on a combination of charred oak spindles, ex-bourbon oak casks and 30 litre chestnut casks. It has a grassy spicy nose, with lots of cereal character and a toffee sweetness. They have definitely succeeded in making flavour-packed brown spirits in record time. 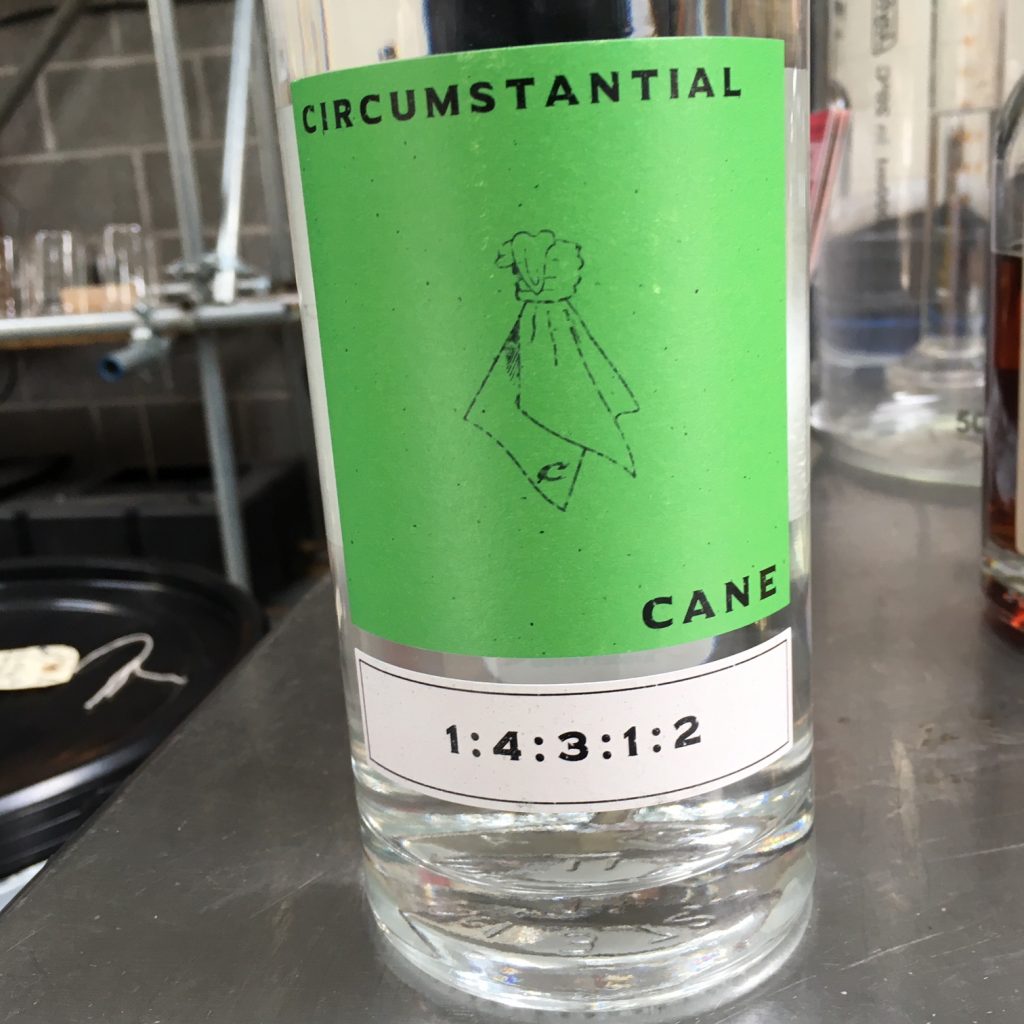 Three rums in one, Circumstantial Cane

Then there’s a rum, Circumstantial Cane, “the first ever distilled in the city” according to Walker, which is made with mead yeast. It is oak-aged and then redistilled to remove colour. Again, it’s packed with flavour, green banana, grapefruit, and lemons with chocolate on the finish. Walker told me that one bartender described it as like three rums in one: Spanish, oak-aged and high ester Jamaican. “The rum is a tool for bartenders”, he went on to say.

We also tried some of the Psychopomp range including a very special Old Tom which rather than getting its sweetness from sugar, tastes sweet because of the botanicals used. Very clever. As well as gin, they make absinthe, aquavit, coffee liqueur and a ready-to-drink Negroni at the Psychopomp distillery. They really do have everything.

The innovation continues when it comes to selling the stuff: Circumstance has its own cryptocurrency. Walker filled me in: “that was Liam’s idea, we are entirely self-funded but we liked the idea of engaging with customers as with crowdfunding. The currency is a way for people to buy in early”. They sold 1,000 currency tokens for £30 each which can be traded or used to buy any bottle of Circumstance spirit. Great value when you consider a bottle costs £44 at the moment. And finally, though the labels are minimalist, there’s exhaustive information about each bottle on the website.

We will be watching what Circumstance does in the future with great interest. Whatever it is, it’s not going to be conventional.

END_OF_DOCUMENT_TOKEN_TO_BE_REPLACED
No Comments on Circumstance, probably Britain’s most innovative distillery

Master of Malt @MasterOfMalt
24 minutes ago
Which bar has the world’s biggest #whisky selection? Where can you get free pints - or even pull your own? Can hamsters outdrink elephants? The Nightcap is back to answer all. 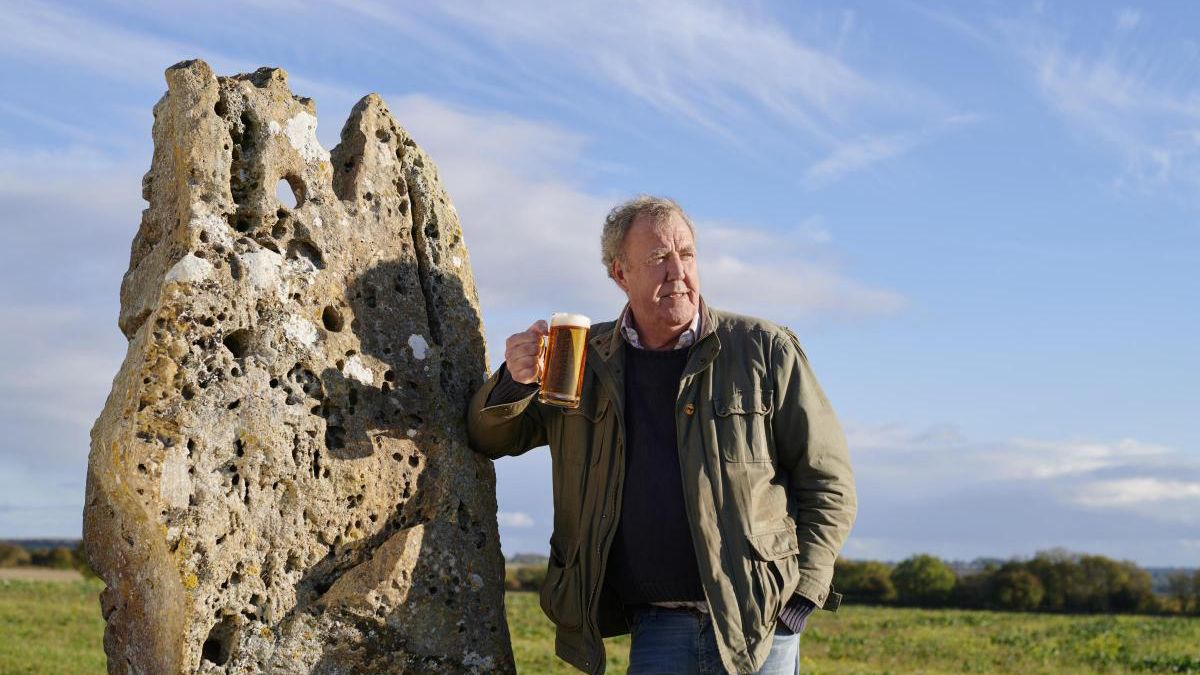 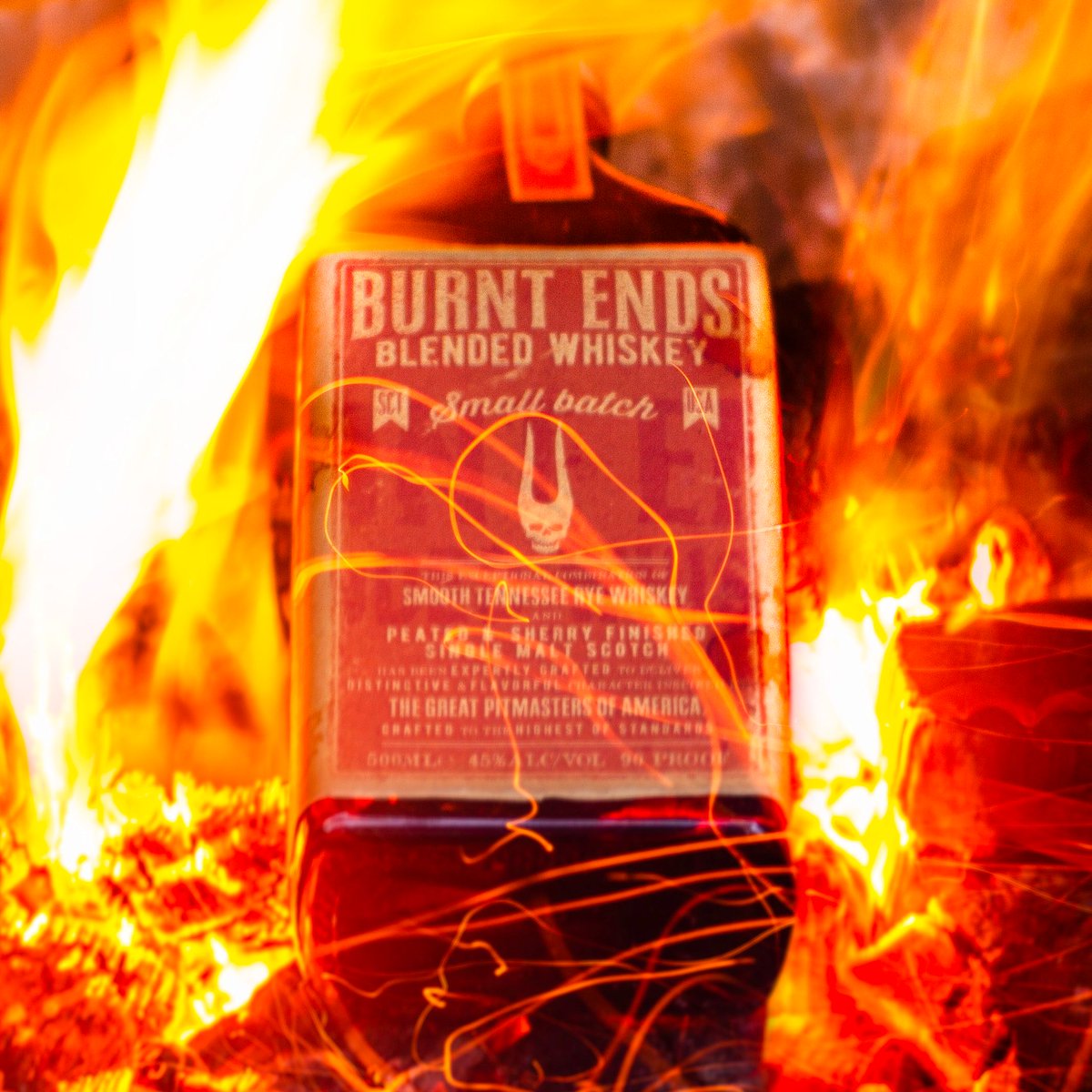 Master of Malt @MasterOfMalt
10 hours ago
. @GuinnessIreland is going greener by introducing the first zero emissions vehicles into its fleet from this summer. 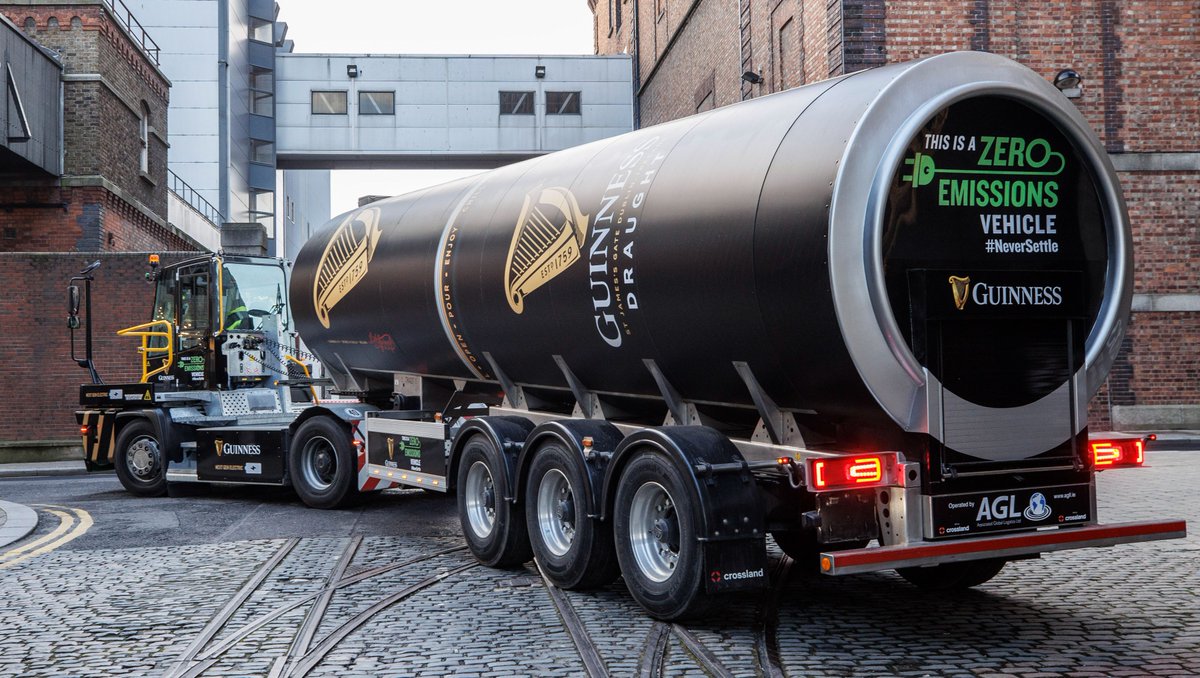