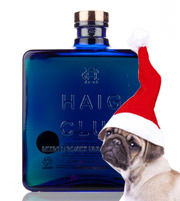 Well would you look at that – it’s the first day of Whisky Advent everybody! This is my very favourite time of the year as we all get to count down to Christmas Day with Drinks by the Dram’s wonderful Whisky Advent Calendars!

In fact, I’m so delighted I’m going to bring you some Whisky Advent treats each and every day (see below).

Don’t have a Whisky Advent Calendar yet? Well it’s certainly not too late, you’re only one day behind so get your order in right away! For the rest of us it’s time to open the first window… behind which you’ll find… Haig Club single grain whisky! Yes indeed, the David Beckham one. Ho ho!

2. FREE DRAM** of Singleton of Dufftown Sunray with every bottle of Haig Club purchased!

3. WIN A BOTTLE – Below you’ll find the Chaps at Master of Malt’s tasting note for this whisky – think you can do better? Leave your tasting note on the Haig Club Product Page in the User Review section (making sure to leave your details afterwards***) for a chance to win a bottle!

4. Ask #WhiskySanta – I’m still granting one wish every day, so why not wish for a bottle of Haig Club on Twitter or Facebook now?! 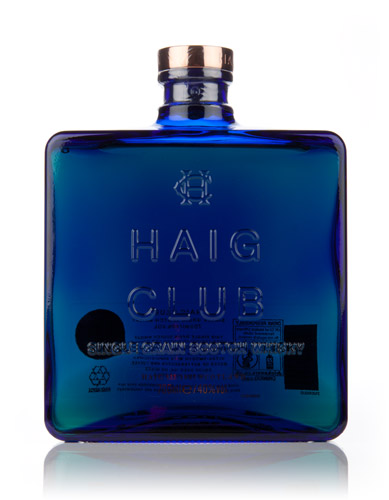 “Tasting Note by The Chaps at Master of Malt for Haig Club:

Palate: Toffee and vanilla with pleasant supporting oak notes. Fresh banana (neither overpowering nor artificial), a hint of nougat and honeycomb pieces.

Finish: Praline, cinnamon and a little ginger with perhaps a hint of cardamom returning right at the death.

Overall: Approachable, moreish, good mouthfeel (I chucked some ice in afterwards and the texture is great) – this certainly won’t scare anyone off. Is it the most complex and flavour-packed whisky out there (or at this price point for that matter)? Of course not, but that’s sort of missing the point, isn’t it? It’s a hugely accessible whisky with tasty spice, toffee and, with the ice now, increasingly some tropical fruit notes too.”