We’ve reached the final window of the Whisky Advent Calendar (meaning Christmas is totally tomorrow)! Let’s take a look at what’s hidden behind it…

Well, this is it. The day before The Big Day, but really it’s Also Quite A Big Day in its own right. It’s Christmas Eve. A day of final preparations for Santa, who will likely be in the despatch depot right now, doing some last-minute checks – and there are a lot of them. He’ll be making sure all the toys have been correctly loaded into the sleigh to strict health and safety standards, checking all the electric reindeer are charged up, ensuring the sack trucks and pallet trucks are in working order and secured to the side of the sleigh, plugging in the Santa-Nav… The list goes on.

While that list may go on and on for Santa, we have reached the end of the Whisky Advent Calendar. It’s time to open the final window and see what will be our nightcap this Christmas Eve… Behind window #24 is Bourbon Whiskey #1 24 Year Old independently bottled by That Boutique-y Whisky Company! A 24 year old whiskey for the 24th of December! Not much we know about this one, other than it’s very well-aged for a bourbon…

Do you know who may know a touch more about this? That Boutique-y Whisky Company’s very own brand ambassador Dave Worthington! Let’s see if we can pry something out of him… 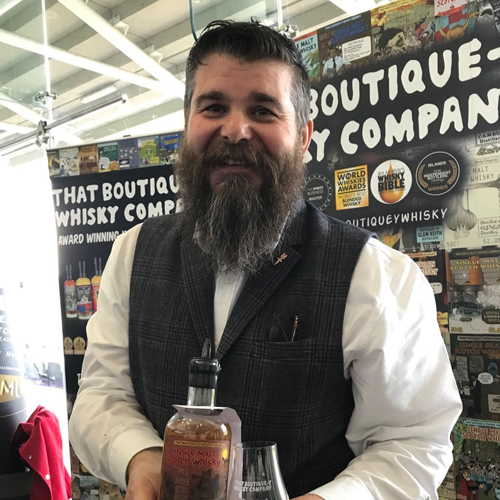 MoM: So, this is a rather mysterious bourbon. What’s going on with the label?

Dave Worthington: It’s one of our secrets. We like secrets at Boutique-y Whisky and have a number of mysterious malts and whiskeys in our catalogue. As we’re unable to name this long-aged Bourbon Whiskey we’ve covered our label in a few of America’s well-known mysteries. How many can you spot in our Area 51?

– Crop circles, including one that looks remarkably like a Boutique-y Whisky bottle. Others have pointed out that it looks a little more like a well known Bourbon bottle, and the four crop circles around the bottle could be roses (a clue, a red herring, or just a happy accident?

– That looks a little like a Bigfoot running into the cornfields.

– The aeroplane represents American aviation pioneer and author Amelia Earhart who mysteriously disappeared somewhere over the central Pacific Ocean near Howland Island during an attempt to make a circumnavigational flight of the globe in 1937.

– A Black Dahlia representing the mysterious death of Elizabeth Short, an American woman who was found murdered in Los Angeles, California. Her case became highly publicized due to the graphic nature of the crime, and she later became known as the Black Dahlia.

– Mysterious dead birds, or are they old crows (another clue or a red herring?)

– Oh and there’s an alien hiding behind the Area 51 sign.

MoM: Were you involved with the storming of Area 51 which happened earlier in the year?

DW: I could tell you, but that’s highly classified information… No, not really. I was far too busy waxing lyrically about our whisky at an event somewhere in the world.

MoM: What’s next for That Boutique-y Whisky Company? Any 2020 plans you can give us a hint about?

DW: There’s a lot of great whisky coming your way! There are still a few of the ‘old school’ Scottish distilleries we’d love to bottle, and we’re working our way through casks to find the right release for these. There’ll also be some really interesting ‘new world’ whisky coming to our bottling line too.

DW: The ultimate way is to get an invite to a friend’s Christmas lunch, I’ll turn up with whisky and glasses for a post lunch whisky tasting. I’m waiting for the invites to start rolling in now. In the meantime, I’ll parboil my spuds and then ‘rough them up’ a bit by shaking them in the pot before putting them in hot oil. I’ll use sprigs of Rosemary, black peppercorns, and a handful of garlic cloves in the roasting tray too… All lies… Straight to Aunt Bessie’s frozen roasties…

DW: I always used to have a pint of Guinness with a cooked breakfast on Christmas morning, but for the last umpteen years I’ve celebrated Christmas lunch with friends so this ‘tradition’ has been moved to Boxing Day. With friends we’ll start with some fizz before moving on to wine with lunch. The whisky, and cards will come out once we’ve finished eating and we’ll play Blackjack for pennies, while making our way through a flight of whiskies that I put together – you can be sure of some Boutique-y belters in this lineup! 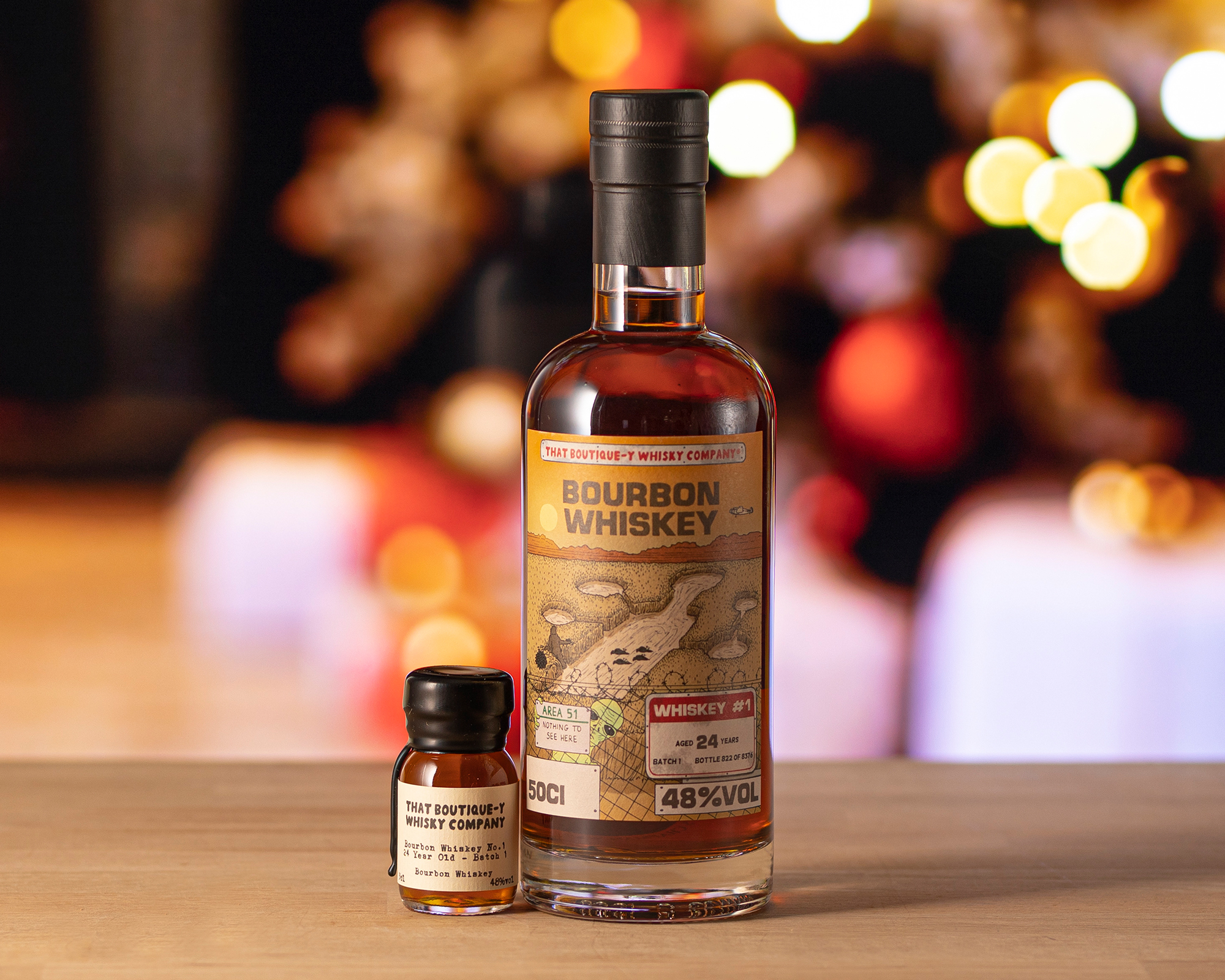 Palate: The vanilla notes continue on the palate, now with jammy red berries, maple syrup and freshly made pancakes.

Time for #WhiskySanta to say a festive farewell…

And the winner of our Where’s #WhiskySanta 2019 competition is…