The final Saturday before Christmas is here! After braving the shops, perhaps you’ll want to sit back and relax with the dram sat behind window #21…

We are just a few days from Christmas, so we’re sure the Marketing department at the North Pole is running at full power. They might have even spent a few bob on social media advertising so that pictures of Santa flying his sleigh end up on your Twitter feed. To what end? We reckon it’s so that you remember to leave out a mince pie and a glass of something nice on the 24th. That right there is the power of marketing.

While it’s usually sherry that gets left out for Santa, perhaps he’d like something a little different this year? What if he’s partial to a drop of Irish whiskey? Well, you’d have to really love Santa to give up the dram you’ll find behind window #21 of the Whisky Advent Calendar – it’s Teeling Small Batch! Whoever gets to enjoy this one is in for a marvellous blended Irish whiskey that has been finished in rum casks, which should bring some tropical fruit warmth to a chilly winter evening!

To find out more about the terrific Teeling, we got in touch with one of the distillery’s co-founders, Stephen Teeling, to ask him a few questions… 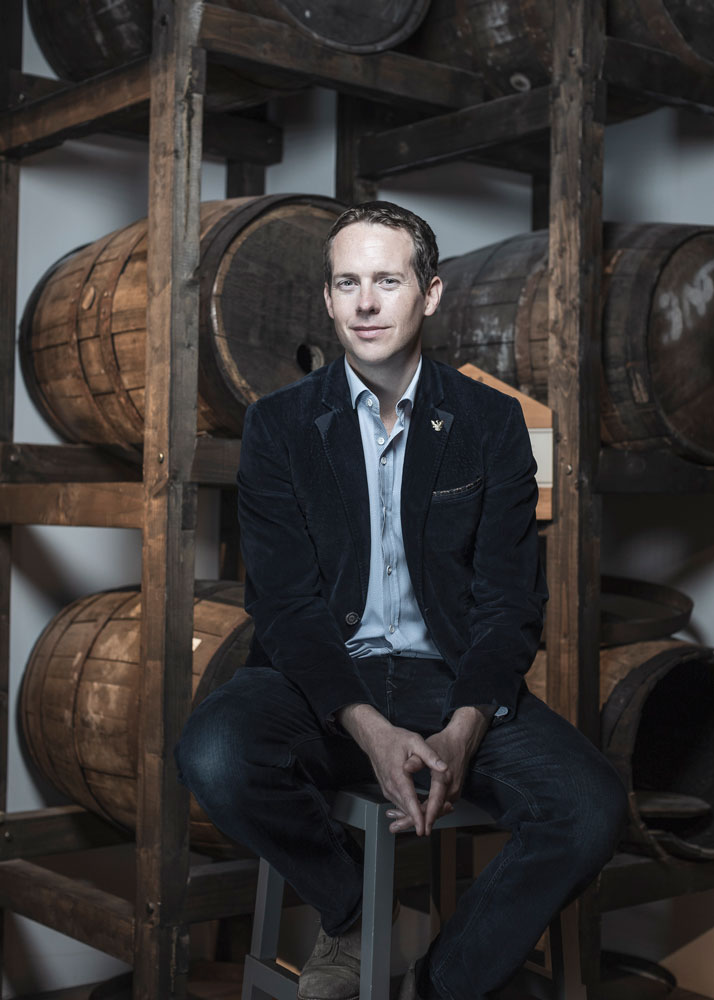 Master of Malt: What fun things have happened in the world of Teeling in 2019?

Stephen Teeling: On March 28th 2019 we won the World’s Best Whiskey award at the 2019 WWAs in London. First time ever an Irish whiskey had been shortlisted for the award and first time in history that Ireland has been crowned the best whiskey in the world! It was also the same day I welcomed my second child into the world so will always be ingrained in my mind as one of the best days of life!

We have also recently welcomed our 500,000th visitor to the distillery in Dublin which is pretty phenomenal given there were no distilleries in the city for nearly 50 years prior to us rebuilding our family distillery in the heart of the city. The first new distillery in 125 years.

MoM: What’s next for Teeling? Any 2020 plans you can give us a hint about?

ST: We are incredibly passionate about innovation so 2020 will see us continue to push the boat out for Irish Whiskey. We will be launching an 18 Year Old Single malt called the Renaissance which will be a follow on from the Revival Series 1-5. This will be a Madeira cask finished non-chill filtered single malt limited to 9,000 bottles and also our vintage reserve range will be welcoming a 28 Year Old which is the bigger brother of the 2019 World’s Best Single Malt having spent an extra 4 years in the Sauternes cask. We also have been experimenting with some different mash bills at the distillery with a Dublin distilled Peated single malt looking to be released in the second half of 2020. No shortage of fun on the horizon so watch this space.

MoM: The Teeling Single Pot Still was a very exciting release, being the first whiskey completely distilled in Dublin for nearly 50 years! How was the reception to it?

ST: There is a huge amount of pride in the fact we have put the city back on the map as a whiskey producer. Dublin Single Pot Still was the gold standard in the Irish whiskey category back in the last golden era 150 years ago. It was the fastest-selling Irish whiskey we had ever produced with our first 3 batches sold out in record time! Luckily now moving into 2020 we won’t have the same supply constraints so our Dublin Single Pot Still can go a bit wider and be available ongoing in the UK. Single Pot Still is a completely unique style of whiskey that can only be produced in Ireland.

ST: People are going to continue to drink less but better. We are seeing a huge shift in consumption habits moving away from functional/binge drinking into a better space of enjoyment. Whiskey in particular Irish Whiskey is being enjoyed in much more social occasions which has opened it up to a much wider demographic through pairing it with food, enjoying it in a craft cocktail or neat consumption. We see it in our distillery every day. Whiskey is meant to be fun or good craic (as we say in Ireland) and I think this trend is going to continue with a new generation of people discovering brown spirits in different ways!

ST: Lucky for me running my own distillery I have a whiskey vault in my house with some of the world’s best Irish whiskeys locked in it so won’t have to travel too far to please my whiskey obsessed friend! Depending on how nice this friend has been to me and for the year that’s in it I might just wrap him up a bottle of our 24 Year Old Single Malt aka ‘The World’s Best Single Malt for 2019. 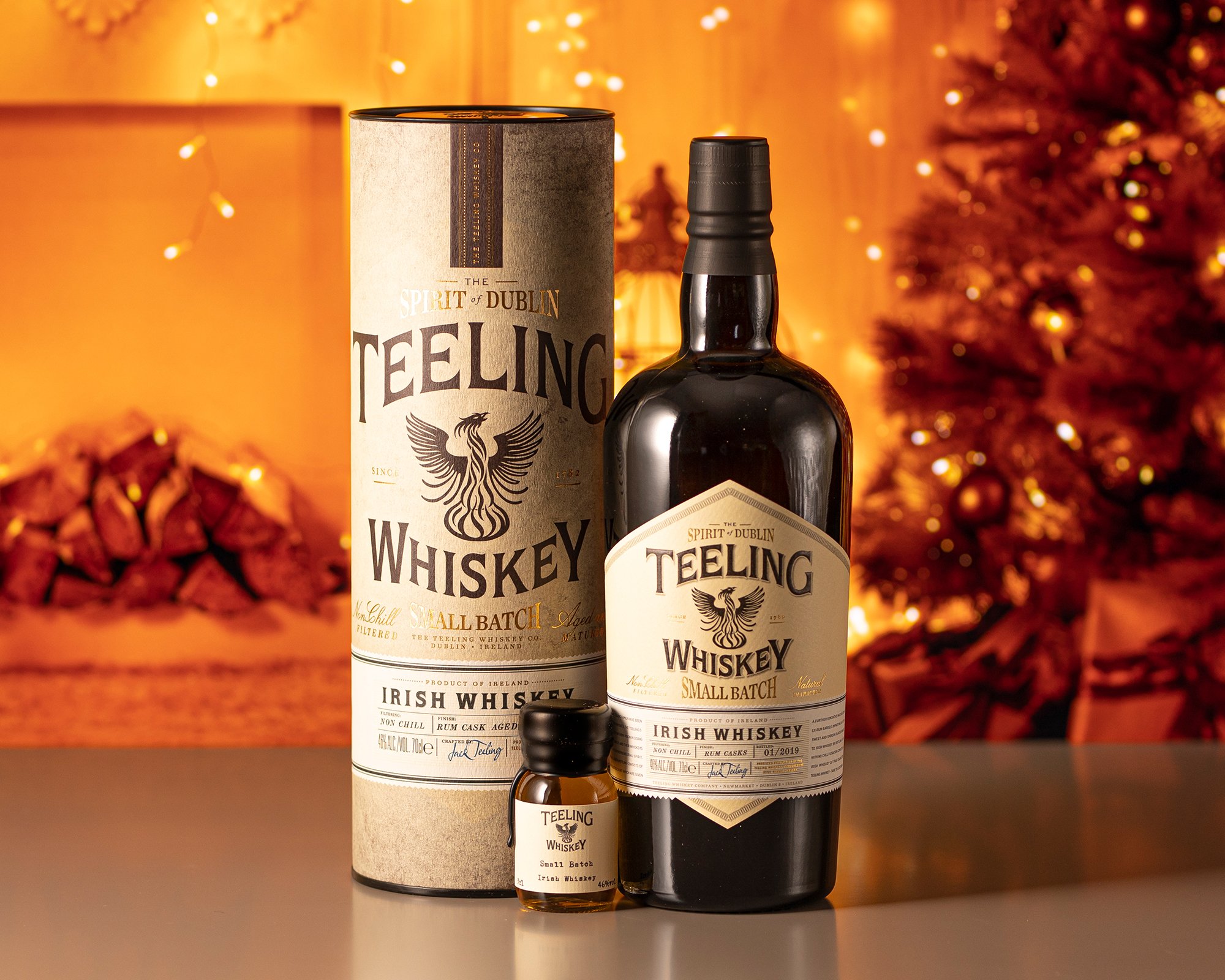 Master of Malt @MasterOfMalt
5 hours ago
'I visited Islay with its unspoilt beaches and whisky galore and here's why it's the perfect island when the sun shines'
https://t.co/5gmAzrL350
View on Twitter
1
7