Gosh, Christmas really is approaching rather fast, isn’t it? We’re already at December 19, meaning it’s time to open up window #19 of the Drinks by the Dram Whisky Advent Calendar and enjoy a dram of… Mackmyra Vintersol 2019!

Christmas is a time for giving, but it’s also a time for not giving an inch when it comes to arguments about basically anything to do with food. It’s the only time of year when “What’s the best herb to put roast potatoes?” could be the catalyst for an arm wrestling match, and that is something to treasure. There are a few options for that one, by the way. Thyme is reliable, but a bit boring. Parsley can be hit or miss, but when it’s a hit, it’s smashing. Rosemary is a funny one that sounds like it shouldn’t work, but it’s usually pretty good. However, there is an obvious answer, and that’s garlic. Is garlic a herb? No. Does that matter when it makes roast potatoes taste amazing? Also no. Eschew the squabbles and garlic up your roast potatoes.

As you write down the complex calculations for how much garlic you’re going to need for your roasted potatoes (it’s always more than you think), you might like to enjoy a little tipple, and there’s just the thing behind window #19 of the Drinks by the Dram Whisky Advent Calendar – it’s a dram of Mackmyra Vintersol 2019! Yes, we’re heading back to Sweden for another fantastic Mackmyra single malt, though this one is quite a bit different. This time, you’re tucking into a fruit-forward whisky, which has been finished in casks that previously held Port from Quinta do Vallado. A delicious way to bring some Portuguese sunshine to a chilly December eve! To tell us a little more, we we’re lucky enough to get to ask Mackmyra’s very own brand ambassador Richard McKeand some more questions! 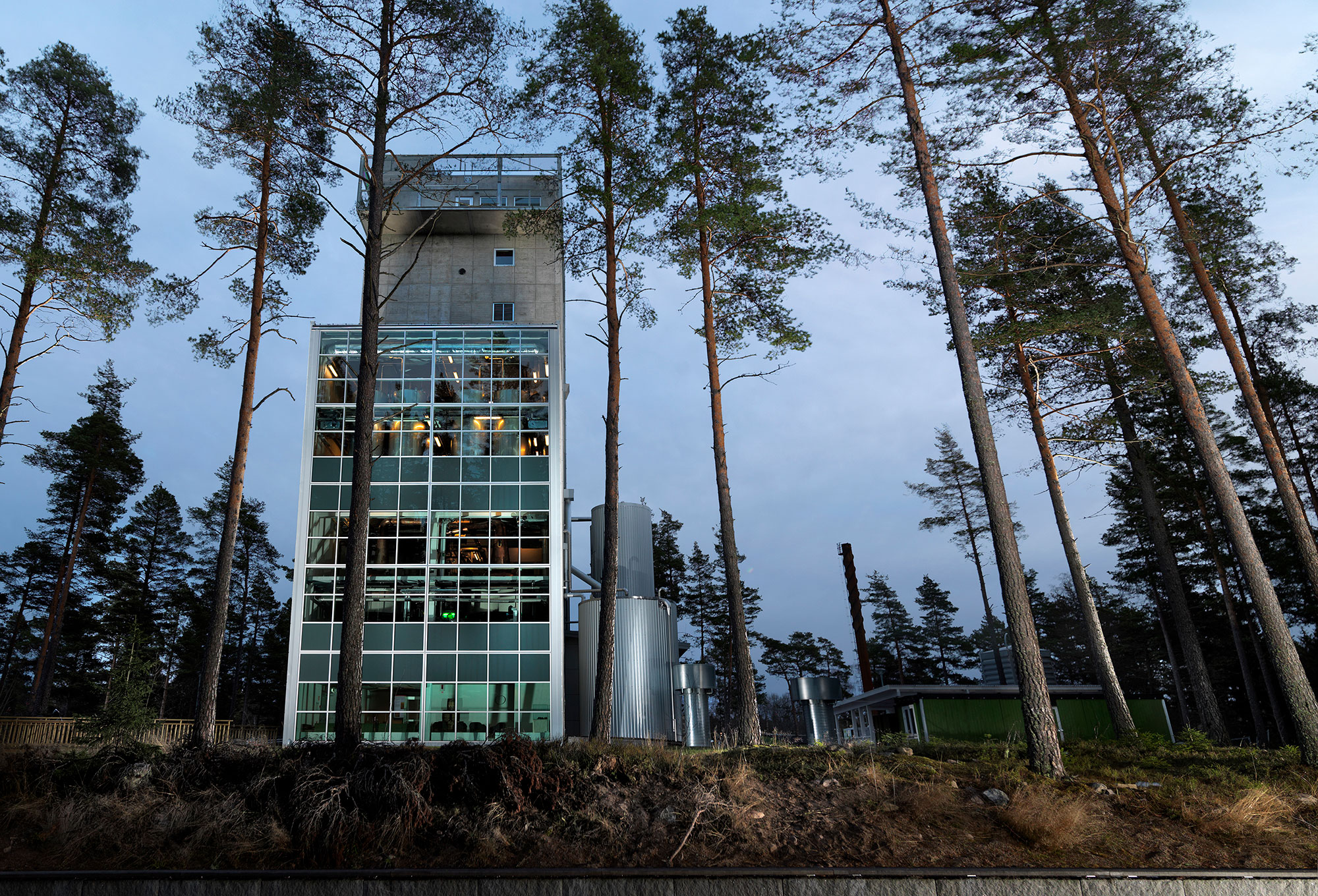 The Mackmyra Distillery looks rather impressive, doesn’t it?

Master of Malt: Can you tell us a bit about the marvellous Mackmyra Vintersol 2019?

Richard McKeand: Mackmyra Vintersol (Winter sun) is a Swedish single malt whisky created in collaboration with the Port wine producer Quinta do Vallado, one of the oldest and most famous Quintas in the Douro Valley. The Swedish winter sun rarely visits as often as we like it to, and so we wanted the flavour of sun-soaked grapes to keep this whisky company.

The aromatic profile of the whisky comes from finishing in casks that previously held Port wine with notes of vanilla, chocolate and pepper. The resulting whisky is elegant With a light spiciness and notes of warm raisins, sun ripe fruits, tropical berries, buttery pear fudge, vanilla and toasted oak.

MoM: Looking forward to 2021, is there anything we should be looking out for from Mackmyra?

RK: More innovative whiskies with our two seasonal releases, as well as at least one from our Moment range. Find and follow us on our social media channels for updates and clues as to what they may be!

MoM: I thought the Mackmyra Intelligens whisky created by AI was incredibly cool (and very delicious indeed). Are there any plans to fire up the AI again for more releases?

RK: Cheers! All I can say is watch this space. There aren’t any concrete plans in place, but we do have the ability to do so.

MoM: If you remembered you needed to get a whisky-loving friend a Christmas present on Christmas Eve, what would you be rushing to pick up?

RK: On Christmas eve you say… a tough one! It would depend on the friend and their needs, but the things which spring to mind would be a nice bottle of something, a book about whisky, or a bottle in a gift box with glassware included. 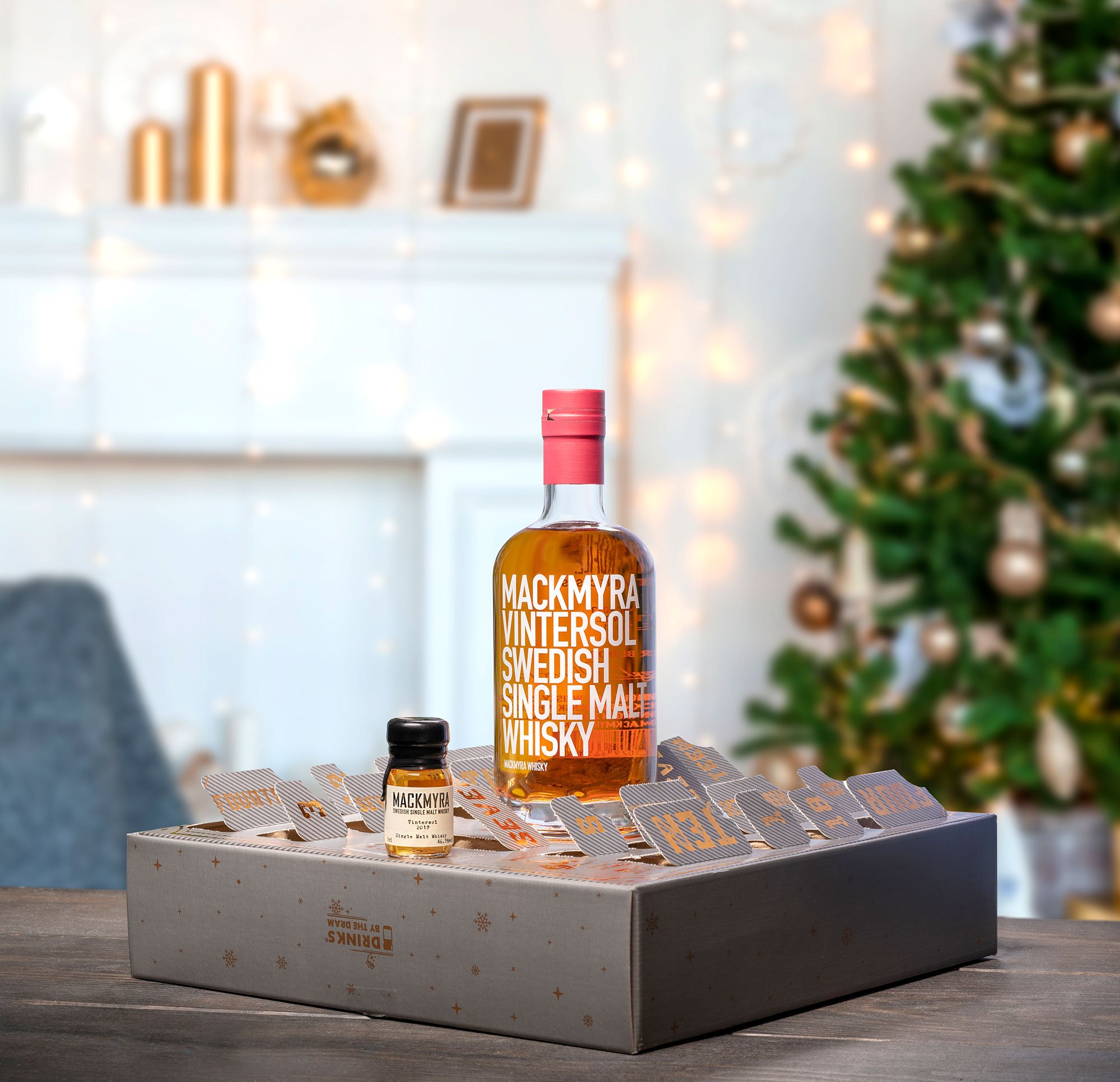 Tucked away behind window #19 was Mackmyra Vintersol 2019!

The winner of our VIP trip to Slane Distillery is...