Continuing our Dry January 2022 coverage, Lauren Eads takes a look at the inexorable rise of the non-alcoholic apéritif, and the new brands to watch out for.

It started with a Shirley Temple, perhaps a coke with a slice of lemon if you were feeling fancy. Throw in a J20 and a soda and lime, and we had reached the peak of ‘adult’ soft drinks. Overly sweet and simple, the choices for non-drinkers were once depressingly limited.

Then a glimmer of hope. Producers began putting real effort into non-alcoholic beers and de-alcoholised wine. They weren’t perfect, but there was an enthusiasm to do better for non drinkers. Non-alcoholic distilled spirits like Atopia and Seedlip soon followed, entirely new brands that have reshaped the no- and low-alcohol (NOLO) movement.

As evidence mounted that many teenagers were no longer sneaking booze behind the bike sheds but abstaining altogether, a sense of urgency began to spread among alcoholic drinks producers too. Distillers got in on the action creating their own non-alcoholic versions of international spirits, including Gordon’s, Sipsmith and Tanqueray.

As we enter 2022 the life of a teetotaller or abstainer is brighter than ever. There’s hundreds of options, some of them very good. And it’s no longer just about imitating spirits like gin or rum. The market for non-alcoholic ‘apéritifs’ has exploded. 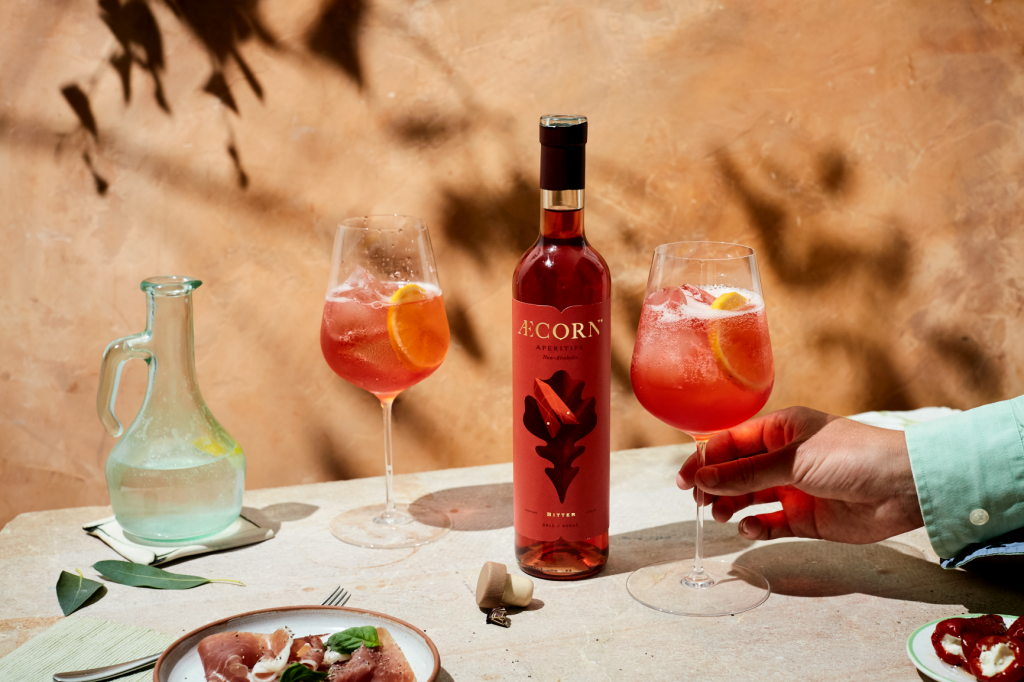 Whether it’s a French apéritif or an Italian aperitivo, an apéritif is defined as “an alcoholic drink taken before a meal to stimulate the appetite”.

Martinis, G&Ts, and Negronis all make great pre-dinner cocktails, as does sparkling wine and spritz cocktails with vermouth or herbal liqueurs, like Campari and Aperol. What they all have in common is a dry bitterness to whet the appetite with flavours like wormwood, gentian and quinine all common.

In the world of non-alcoholic aperitifs, the trend has been towards that of a bittersweet, aromatic ‘liqueur’, intended to be mixed with tonic or soda.

Seedlip kick-started the rise of the non-alcoholic aperitif when it launched Æcorn Apéritifs in 2019, inspired by the “European apéritif tradition”. Its three variants – Dry, Bitter and Aromatic – are based on herbal remedies from the seventeenth century and made with grapes, herbs, roots and bitter botanicals.

There is logic to prioritising apéritifs for de-alcoholisation. Their characteristic dry bitterness can be achieved with or without alcohol in a way that can’t always be matched by other NA alternatives.

“It is an incredible challenge to replicate the mouthfeel of a spirit without alcohol,” explains Rupert Gatehouse, sales and marketing manager of Botivo, an NA apéritif made with apple cider vinegar, honey, rosemary, thyme, gentian, wormwood and orange zest. “Although non-alcoholic apéritifs also lack the key component of alcohol, they are still able to capture the botanical notes and more importantly the bitter notes that you expect from an apéritif.” 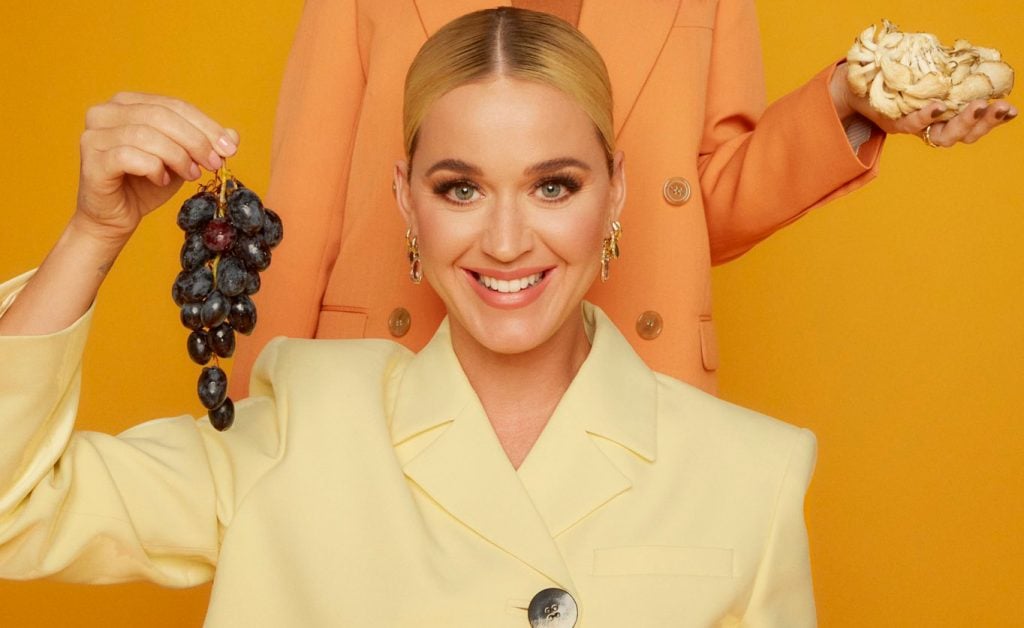 Katy Perry has got in on the zero ABV aperitif game

As if to underline their growing popularity, this month pop star Katy Perry launched her own range of non-alcoholic sparkling apéritifs called De Soi, made with “feel-good adaptogens like maca and reishi mushroom”.

In 2020 Martini launched Torino Martini, a non-alcoholic apéritif made with the same white wines as its classic vermouth, but with the alcohol removed using vacuum distillation and infused with a selection of botanicals.

Mother Root came onto the market in 2019 – an alcohol-free ‘switchel’ made with ginger juice, apple cider vinegar, honey and a hint of chilli, intended to be served over ice with soda or tonic and a slice of orange.

Last year, several more entered the game. Wilfred’s claims to have ‘reinvented the Spritz’ with its bittersweet apéritif made from a blend of rosemary, bitter orange, rhubarb and clove.

“Demand is growing in the non-alcoholic apéritif category,” says Carl Stephenson, founder of The Bloomsbury Club UK which in 2021 created Tuscan Tree, a NA aperitivo made with Sicilian blood oranges, with flavour exploration the lynch pin of its growth. “It is evolving quickly and I think consumers are now accepting that non-alcoholic drinks are a really credible alternative to alcoholic drinks.” 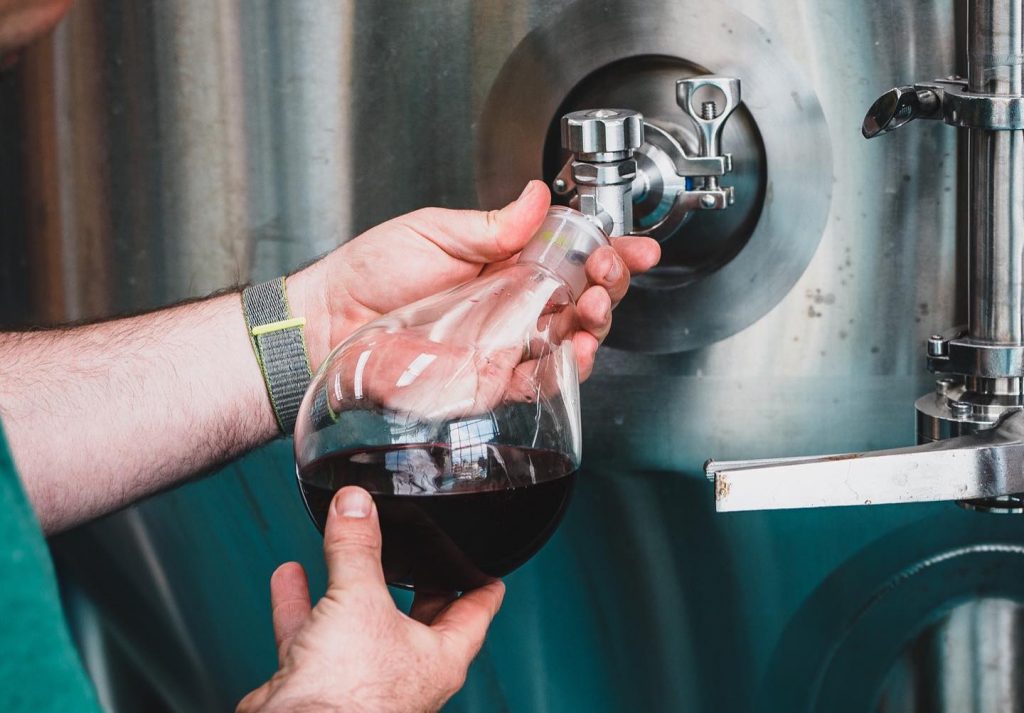 Fermentation is the key to making High Point

How are they made?

And perhaps more pressing, why do some cost almost as much as an alcoholic version? Isn’t it just flavoured water? Sometimes, but there’s more to it than that.

Traditional apéritifs are made by macerating botanicals in alcohol, and most non-alcoholic versions undergo a similar process.

High Point drew upon its background in beer (its founder is responsible for Harbour Brewing) to create its non-alcoholic fermented Ruby Apéritif. Any alcohol produced during fermentation is biologically removed, which is why each batch takes a month to produce.

“Our expertise in fermentation, as brewers, meant we could introduce sophisticated and complex flavours to the conversation that were previously hard to find in the growing world of NA,” explains Eddie Lofthouse, founder of High Point.

Compare this to your average soft drink and you can start to understand their pricing.

“More innovation, more diverse flavours and broader interpretations of drink styles,” thinks Lofthouse. “People are making better choices, an awareness fuelled by the emergency stop on daily life during the pandemic. Drinkers are more conscious and have had time to reflect and want to live mindfully. I see the category growing from strength to strength, in both size and quality.”

It might not be quite the same as the real thing, but abstention has never been more enjoyable.

New Arrival of the Week: GinBey