Lauren Eads
1 Comment on The future of English whisky

The English whisky scene has progressed at breathtaking speed since the first release of the modern era in 2010. There are now 33 producers with big ambitions, and a group has just submitted plans for a regulatory framework to define English Whisky, as Lauren Eads finds out.

For those with their nose to a barrel, English whisky isn’t anything new, but it’s only recently that the category has collectively gathered pace.

English whisky production can be traced back to the 1800s. In 1887 historian Alfred Barnard published the Whisky Distilleries of the United Kingdom, which listed four English whisky distilleries (alongside 129 Scottish and 29 Irish). They were Bankhall and Vauxhall in Liverpool, the Bristol Distillery, and the Lea Valley Distillery in London. But when Lea Valley closed its doors in 1903, English whisky was put on ice for 100 years. The first signs of its revival emerged (slowly) in 2003 with the opening of the Hicks & Healey Distillery in Cornwall, though it didn’t release its first whisky until 2011. The honour of releasing England’s first whisky in 100 years went to St George’s Distillery in Norfolk, aka the English Whisky Company, in 2010, four years after opening.

Almost twenty years on, there are now 33 distilleries in England making and laying down spirits, according to the Cooper King Distillery’s English whisky map. It’s still a burgeoning category, but it’s got big ambitions. “Until recently English whisky was little known outside dedicated followers of individual distilleries,” says Tagore Ramoutar, co-founder of The Oxford Artisan Distillery. “But as the number of distilleries has increased and awards awarded, this is changing. English whisky is becoming more visible and advocates are growing.” 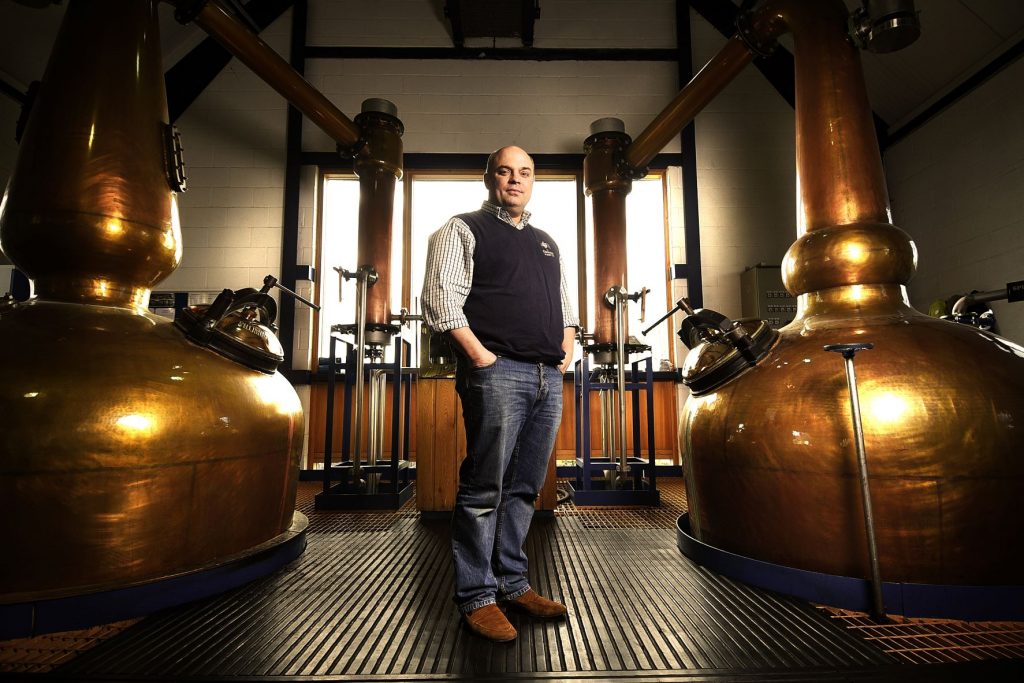 What’s next for English whisky?

Now that English whisky is back on its feet, a legal definition now looms. Currently, English whisky conforms to generic EU regulations for ‘whisky or whiskey’, which state that it must be matured for at least three years in wooden casks of 700 litres or less, bottled at a minimum of 40% ABV and can be neither sweetened nor flavoured, apart from plain caramel for colouring. It’s a simple framework that while useful isn’t geographically specific. The English Whisky Guild (EWG), formed in 2021, is hoping to change this, and has recently submitted an application to legally define a GI (geographical indication) for English whisky. “Currently there is nothing to stop whisky made elsewhere in the world being called English Whisky,” says Andrew Nelstrop, owner of The English Whisky Co. “Fifteen years ago this didn’t matter as we were only just starting out, but now there is a whole industry whose reputation is at risk, so it seems sensible to try and protect the reputation of our products by ensuring only those that make whisky in England can label it as such.”

If granted it will formalise a standard for “English whisky”, with the aim of setting the ground rules on geographical production, raw materials and maturation. Currently, the EWG has 16 members (and so represents roughly half of English whisky distilleries), though a full list of members is yet to be made public. This will change once the group has held its first AGM at the end of April. For now, known members that have spoken publicly on the plans include the Copper Rivet Distillery, Oxford Artisan Distillery, English Whisky Company and Cotswold Distillery. Broadly, the EWG’s application proposes that any bottles labelled as “English whisky” must conform to the following regulations:

– Be made using grain sourced from the UK with all production, including wort and new-make, taking place in England, as well as all ageing.

– Be matured in casks made from wood, not necessarily oak, for at least three years.

– English single malts must be batch distilled at least twice in a copper pot still.

The proposal is currently being reviewed by the UK’s Department for Environment, Food and Rural Affairs (DEFRA), with the group expecting a response in the coming months. “The GI for English whisky does three things: it gives new producers a framework to help them shape their future production – should they wish to be part of the English Whisky category; it gives existing producers a level of confidence that there is a level playing field in standards and quality within the category,” explains Stephen Russell, founder of the Copper Rivet Distillery and one of four registered directors on the EWG board. It also gives consumers a clear idea of the quality standards of English whisky, which is never a bad thing. 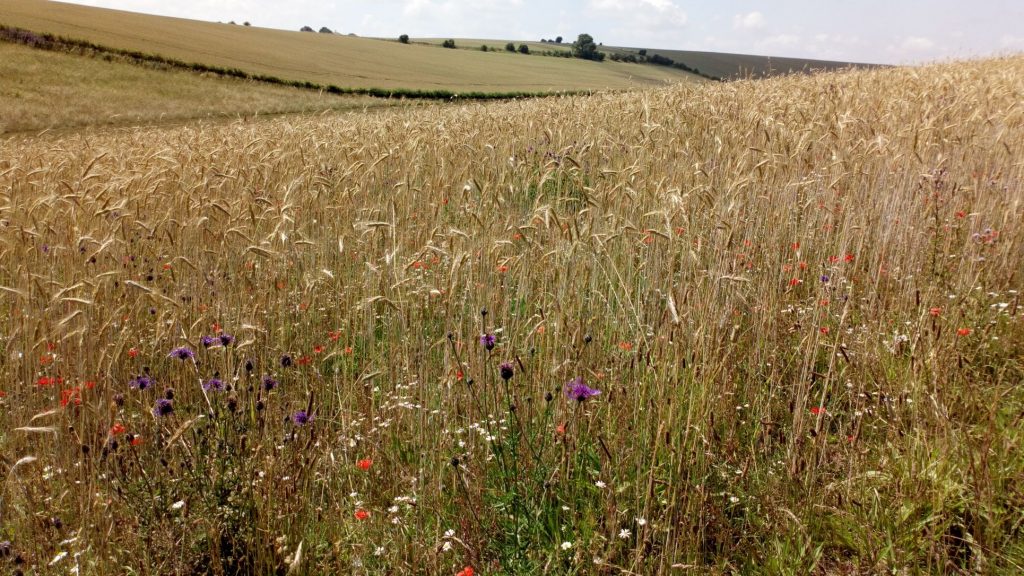 How do these rules differ to other whisky producing regions?

Understandably, the rules focus on ensuring the provenance of raw materials and a whisky’s geographical production, providing a baseline for quality while retaining scope to innovate. “Having no real legacy in England, and having a shared vision to create an interesting, innovative and high quality category, producers brought aboard contributions which represent best practice and experiences from around the world,” says Russell, on how the EWG arrived at its first draft. The requirement to use oak barrels is not absolute, as it is with Scotch, and is in keeping with the rules of Irish and Japanese whisky. Oak barrels remain the gold standard and are widely used, but there is potential to experiment with alternatives, such as maple or cherry. A minimum ageing period of three years in cask matches Scotch, Irish and Japanese whiskies. “The new rules are still in draft form, so a bit early to comment on the likely outcome of them, but whilst they obviously have to follow a format that is understood and recognised around the world (e.g a single malt – should be made at single distillery from malted barley) as an industry we have worked hard to ensure the draft rules allow for innovation whilst maintaining the reputation of English whisky,” adds Nelstrop. 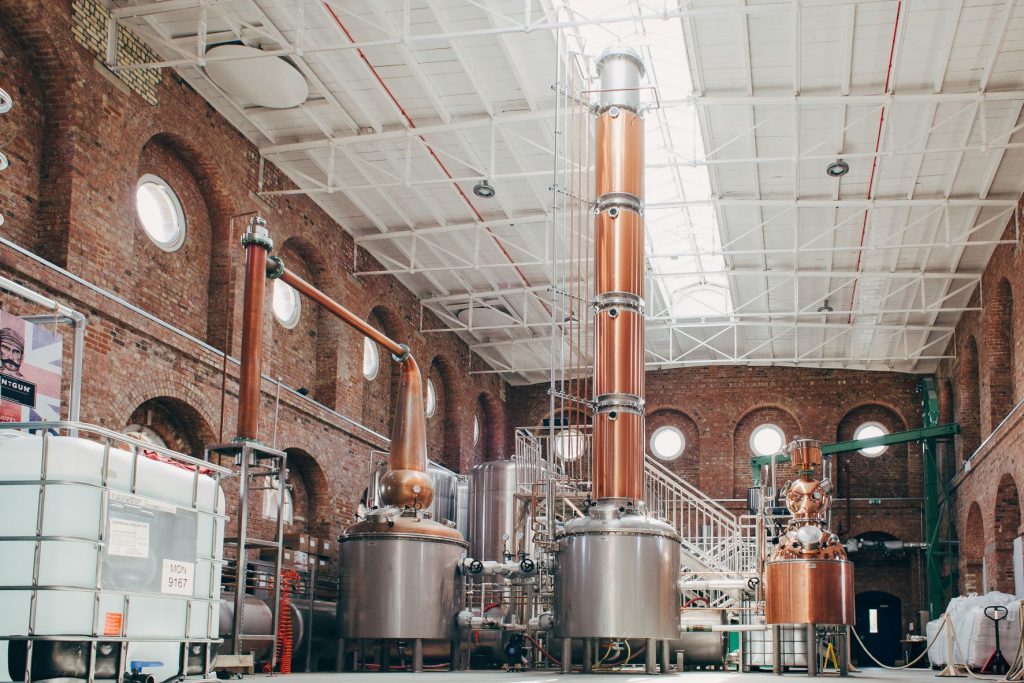 Inside the Copper Rivet Distillery

What can you expect from an English whisky?

A lot of diversity. While some producers are pursuing single malt whisky using similar methods to Scotch – quite traditional single malt styles – there are others producing rye whisky, notably The Oxford Artisan Distillery. While earlier this year Copper Rivet unveiled its third Masthouse whisky – Grain Pot & Column Distilled – produced in both pot and column stills. “Unlike Scotch which is neatly grouped into regions and as a result creates a belief that all Speyside whiskies are similar, all Islay whiskies are similar – the English producers have avoided this as it is clear that each distillery has a unique house style of whisky,” says Nelstrop. “Yes we make whisky in the same way as other whisky makers but our stills are shaped differently, our yeast is different, our timings in production are different and probably most importantly our climate is different. All these differences make our products unique to our distillery and the resulting whiskies are world-class English single malts.”

Could 2022 be a breakthrough year for English whisky? There’s plenty of action afoot, and Russell is optimistic. “When we first started the project, people would ask why we were making whisky in England, as though it was a rather eccentric thing to do (which it was, I suppose). Now they’re seeing more and more of it, along with other new world whiskies, and the quality is very good and it tastes great – nobody asks that question anymore.”