The delicious world of marmalade cocktails

Alex Badescu
2 Comments on  The delicious world of marmalade cocktails

Marmalade season is coming to an end and there’s only so much you can spread on your toast. So to help out those with a glut of the stuff, our new contributor Alex Badescu dives into the delicious world of marmalade cocktails.

I’ve recently discovered that I belong to a special subset of people: jar collectors. We spend time soaking and scrubbing off labels to find a home for preserves, sourdough starters and tealights. You will become quite good at convincing yourself, and those you share shelf space with, of the joy-sparking handiness of miniature jars of ketchup and suppressing your anger when one of the good jars (you know, with no sticky label bits) gets mistakenly recycled. Well, December-February is our time to shine, because marmalade season is in full swing and it’s time to make a dent in the collection. 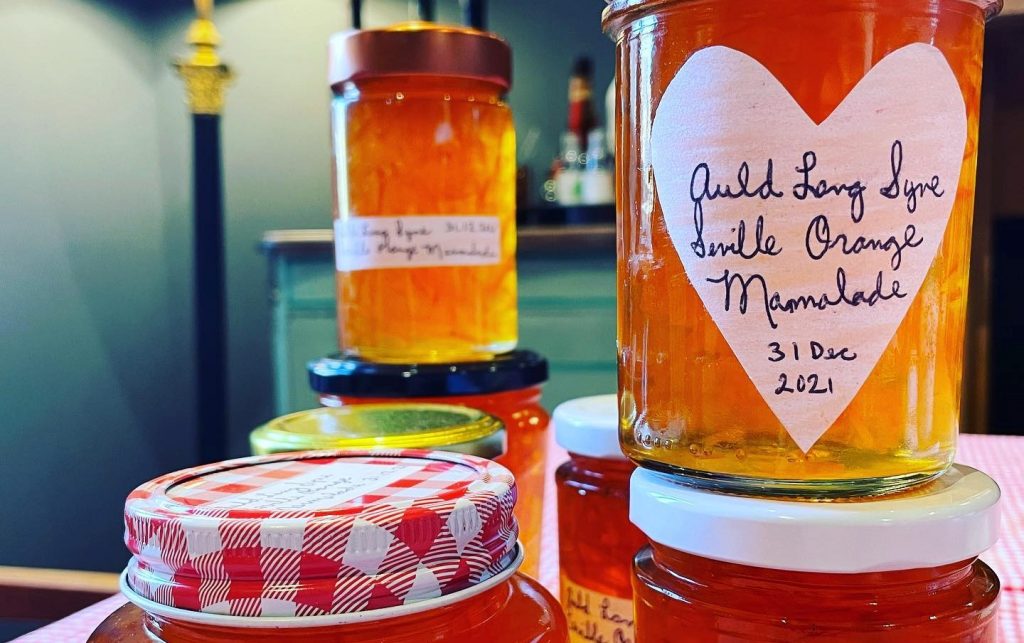 Marmalade taking over your house? Then read on (photo courtesy of Misti Traya)

It’s the most wonderful time of the year

While marmalade can be made with any citrus at any time of year, this annual flurry of activity coincides with the Seville orange growing season. And for good reason. High in pectin, bitter, and zingy; the Seville orange is terrible for eating (trust me) but revered amongst marmalade makers looking for perfectly set, crystalline preserves. Over a weekend of shredding and crinkle testing, I’ll produce jars of the stuff. And while nothing beats a slice of buttery toast and marmalade, I like to play with my food, and find myself looking elsewhere to make use of this yearly stockpile.

In keeping with the British predilection for divisive spreads, marmalade has a love-it-or-hate-it reputation. For some, it’s bitterness and tangy, citrus flavour just doesn’t belong at breakfast, but it’s exactly these features that make it a wonderful cocktail ingredient. A quick Google search and a plea to bartender friends puts my mind at ease that when it comes to boozing up this breakfast staple, I’m in good company.

Say ‘marmalade cocktails’ and most people would say ‘Breakfast Martini’. Although not the first recorded use of marmalade in a cocktail (Harry Craddock’s recipe in The Savoy Cocktail Book gets the points there), Salvatore Calabrese’s creation – which combines gin, orange liqueur, marmalade and lemon juice – is arguably what put it on the map. Simon Difford points out that this is not so much a Martini, but actually “a gin-based sour served in a V-shaped Martini glass”. No matter. It’s bright and punchy, and a worthy contender at any brunch table for those preferring something short and sweet over bottomless prosecco.

Marmalade is having a moment in the drinks world. In breakfast-monikered cocktails, as well as a feature ingredient in numerous gins, vodkas and liqueurs. But increasingly, there are many choosing to pair it with other spirits. “Marmalade adds a layer off depth that works particularly well with the smokiness of mezcal – it also goes well with the slight salinity, or blue cheese funk you might find in a raicilla”, says Courtney Francis of Ojo Rojo bar in Bournemouth, agave aficionado and winner of Britain’s Best Tequila Cocktail 2021. 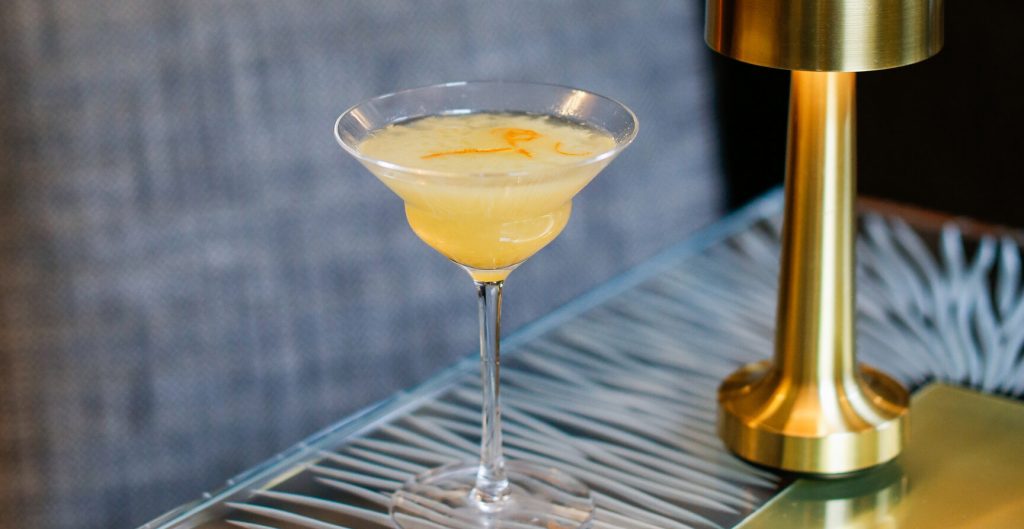 We might think of marmalade as quintessentially British but they were not the first to discover the joys of preserving citrus fruits with sugar. Native to tropical and subtropical regions of Asia and northeastern Australia, citrus fruits have enjoyed a rich culinary history long before they arrived in Europe. One particular item that’s often likened to marmalade is ‘yuja-cheong’, a Korean preserve using yuja aka yuzu.

I spoke to Jeanne D’arc of Bar Mila in Cheongdam-dong, Seoul, to learn more about the ingredient. She says: “The main difference is with marmalade, you boil the citrus with water and sugar. However, yuja-cheong is only made with the peels of yuja, together with honey or sugar. You put them in a jar and let it sit for three to four months for the sugar to dissolve”. The end product does look similar to marmalade, however forgoing that boiling step preserves a freshness to the citrus that can otherwise be lost.

It is usually enjoyed as a drink, Jeanne tells me. “I’d say it’s the best substitute for syrups. Normally in Korea, yuja-cheong is served with hot water in winter to make yuja-cha, but people love to drink it with ice in summer too. Actually people in Korea love to enjoy it in every season”. I make a mental note to try this with marmalade too.

The world of citrus preserves goes far beyond my slice of morning toast, and probably into a future thesis. Not only do these drinks taste delicious, but marmalades and preserves help reduce waste. It seems that when life gives you bitter oranges, or lemons, or yuzu, or any of the myriad of citrus fruits we’re yet to get acquainted with here in the UK, preserve them in sugar. Then put them in a cocktail. 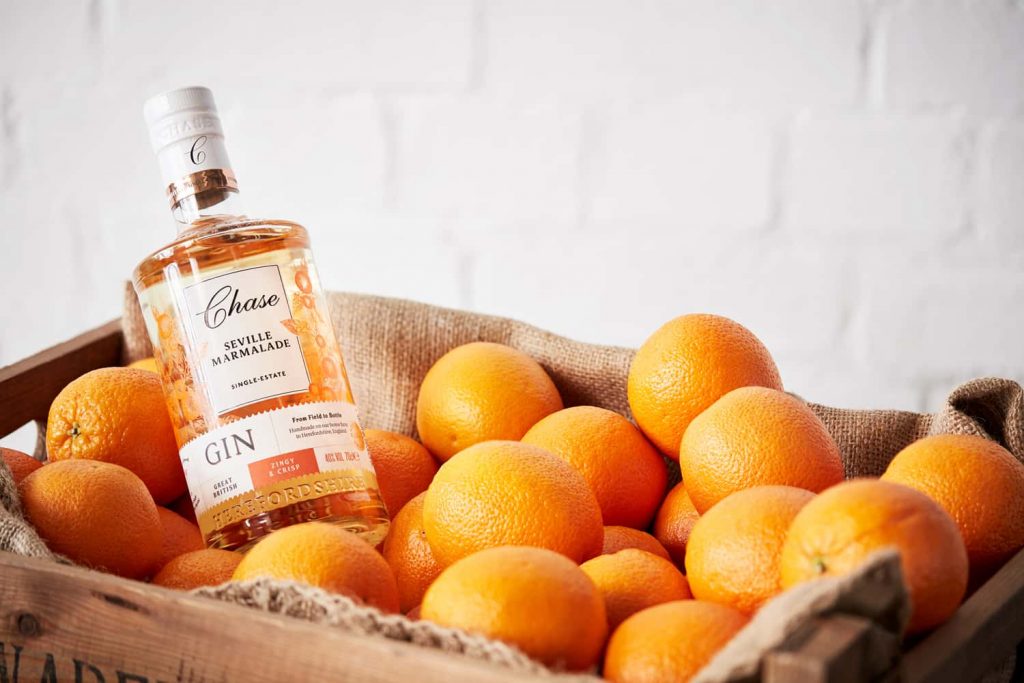 Here are some marmalade cocktail recipes to try:

Stir the first three ingredients to dissolve most of the marmalade. Pour through a strainer into a salt rimmed tumbler, pushing as much of the peel through as you can (this is where the big flavour is). Fill the glass with ice and top with soda water before gently stirring to serve.

Combine all the ingredients in a Highball glass filled with ice and stir to serve.

In a mixing glass, combine the ingredients to dissolve the marmalade. Add ice and stir for a minute or two. Strain into a chilled glass and garnish with a maraschino cherry.

Alex Badescu is a distiller and writer. When she’s not making gin or embarking on food adventures, you can find her diving headfirst into topics such as food anthropology and representation of women in the distilling industry. She is on Instagram @alexbdistilling.