Tasmanian Whisky – Everything You Need to Know! (Part 2: Old Hobart)

Michael Orson
No Comments on Tasmanian Whisky – Everything You Need to Know! (Part 2: Old Hobart) 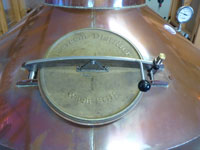 In a quiet residential neighbourhood in Tasmania’s charming capital city, you’ll find Casey Overeem’s house, and next to it, his garage.

Got yourself a good garage have you? Bought some nice workbenches have you? Maybe a pressure washer? Built yourself a little toolrack?

As you can imagine, being located in a garage, the Old Hobart distillery is quite a small, quaint operation, which makes the 95 points their Sherry matured Overeem picked up in the 2014 Whisky Bible all the more impressive. And that’s not all… 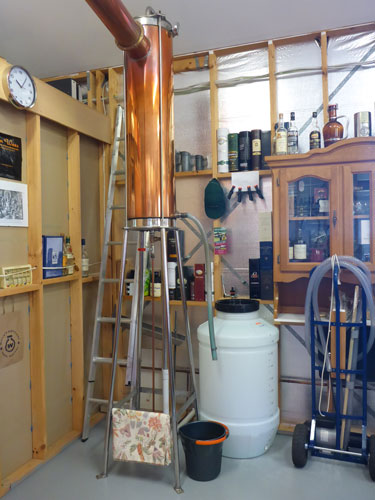 It all started in 1988 when Casey Overeem started thinking about producing a whisky of his own, having visited Norway and seen micro-distilleries in residential cellars. With a thirst for whisky knowledge, he set out on a pilgrimage to the spirit’s ancestral home, Scotland, touring the distilleries. He was given unprecedented access to meet the head distillers, learn about techniques and secrets of the trade and allowed to photograph at will, though why anyone would want a photograph of Will is anyone’s guess.

In 2005, Casey secured a distiller’s licence and raised $100,000 for equipment. He installed a 1,800 litre copper wash still and a 600 litre copper spirit still. Today the small setup has a capacity of around 5,000 litres a year – a drop in the ocean, even when compared to two of Scotland’s smallest distilleries Edradour and Kilchoman, both of which have an annual capacity of around 18 times the amount. However, this all looks set to increase to around 13,000 litres per year in the near future. 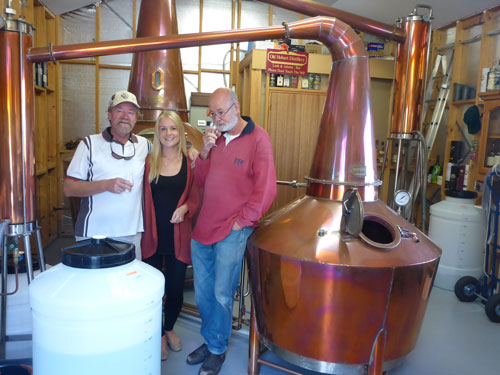 Named for Tasmania’s capital, Old Hobart is in full production, distilling malt made with 50% peated barley (the peat is sourced from the Lark peat bog in the Tasmanian Highlands). Distillation is carried out by the head – and only – distiller, Wim De Puit, who is married to Casey’s cousin. Rather than take a salary, Wim is paid in barrels!

After distillation, the spirit is filled into 100 litre barrels sourced from South Australia’s Seppeltsfield Cooperage. The finished whisky is bottled at the Lark Distillery, and sold as Old Hobart Overeem.

You’ll find some fantastic examples, such as the aforementioned award-winning Overeem Port-Matured, aged in a single Port pipe which was cut down to make a quarter cask. We were lucky enough to get hold of a sample. Here are our findings: 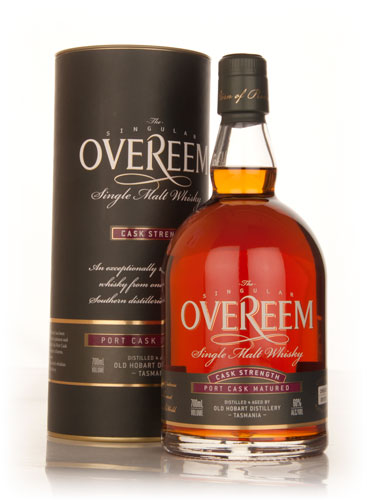 Nose: An extraordinary mix of chocolate orange and allspice, with more than a hint of freshly brewed Colombian coffee, raspberry coulis and apple blossom honey. Give it some time to open up in the glass and you’ll find summery floral notes, a little cedar, and a touch of millionaire’s shortbread.

Palate: The palate opens with ripe notes of poppy seed cake and a melange of forest fruits. This develops with treacle, caffe latte and crème de cacao. Delicious spice flavours build into a crescendo of cassia bark, ginger nuts and creamy vanilla, with a rich backcloth of plum wine. 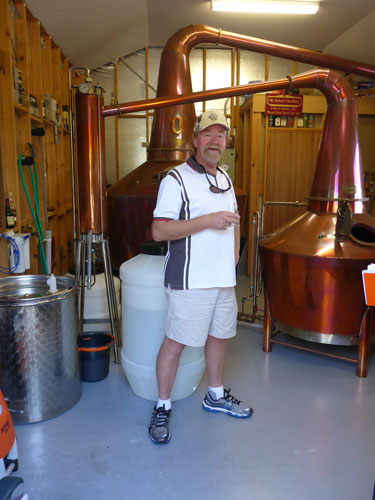 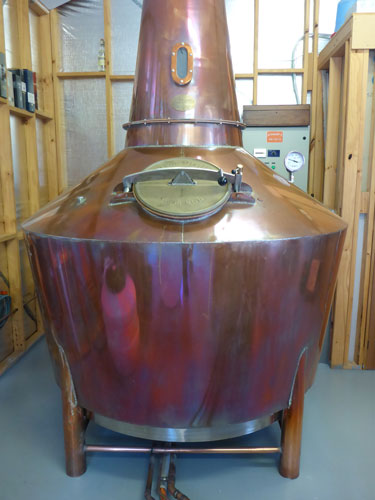 Sales are restricted and it’s a lucky, select few who ever get to taste their superb spirits. In the words of Jim Murray, “just get it if you see it, it’s a no-brainer.”

Luckily for you, gentle reader, I am one of those select few, and can report the following: 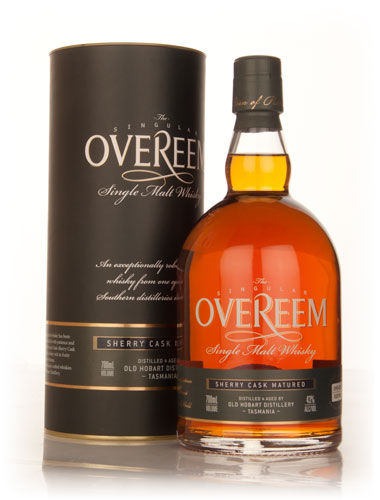 Palate: Chocolate digestives and stem ginger in syrup. Then notes of cigar boxes and maple syrup, dried fruits and marmalade.

Overall: Beautifully balanced, with some lovely fruit notes coming through from the sherry wood.

Think you can do a better job of writing tasting notes?

Well, we’re running a little Competition at the moment.

We’re awarding a slot on a panel of whisky experts in London tasked with selecting a new UK-only Overeem release from a choice of three cask-strength bourbon casks (travel within the UK will be covered).

The whisky will be a limited release of just 50 bottles. The winner will also get a personalised bottle, and two runners up will each be given a bottle of Overeem Sherry Cask 43%.

Quite a prize, I’m sure you’ll agree.

To enter, all you have to do is write us a tasting note for Overeem Sherry Cask 43%. You can write your tasting note on the product page (be sure to include a twitter handle so we can contact you if you win!). Alternatively, you can add your notes to the comments section of the Competition blog post (be sure to enter an mail address), or you can comment on this Facebook post.

The winning notes will be chosen by Casey Overeem himself and the competition closes at 10pm on the 18th September.

Master of Cocktails: The Ford Cocktail