Adam O'Connell
1 Comment on Midleton launches its oldest ever whiskey

Midleton Distillery has announced the launch of the Midleton Very Rare Silent Distillery Collection, which kicks off with the most expensive Irish whiskey ever…

This week we were fortunate to be among the happy few who got to taste the latest release from Midleton Distillery at an event in London in the company of master distiller Brian Nation and archivist Carol Quinn. On tasting was the snappily-titled Midleton Very Rare Silent Distillery Collection Chapter One, the first in a collection of what the brand has termed ‘Ireland’s oldest ever whiskey collection’.

The Cork-based distillery plans to release six different 40 to 50-year-old whiskies, once a year, between now and 2025. The first release is a 45-year-old peated single Irish malt matured in a third-fill sherry cask and bottled at a cask strength 51.2% ABV. Nation explains this decision to launch this bottling was “down to taste profile and volume left. This whiskey has lost 87% of its volume when it matured. I really did feel like now was the right time to release it”.

Midleton Very Rare Silent Distillery Collection Chapter One dates back so far that it wasn’t made by Nation’s predecessor, the legendary Barry Crockett, but his predecessor and father Max Crockett. He laid down this whiskey in 1974, a year before the original distillery closed. That’s right. This is old Midleton whiskey. A 45-year-old single malt from the fabled silent distillery. It’s the first release from the stocks of this distillery in 16 years, and Nation described it as a “true unicorn whiskey”. 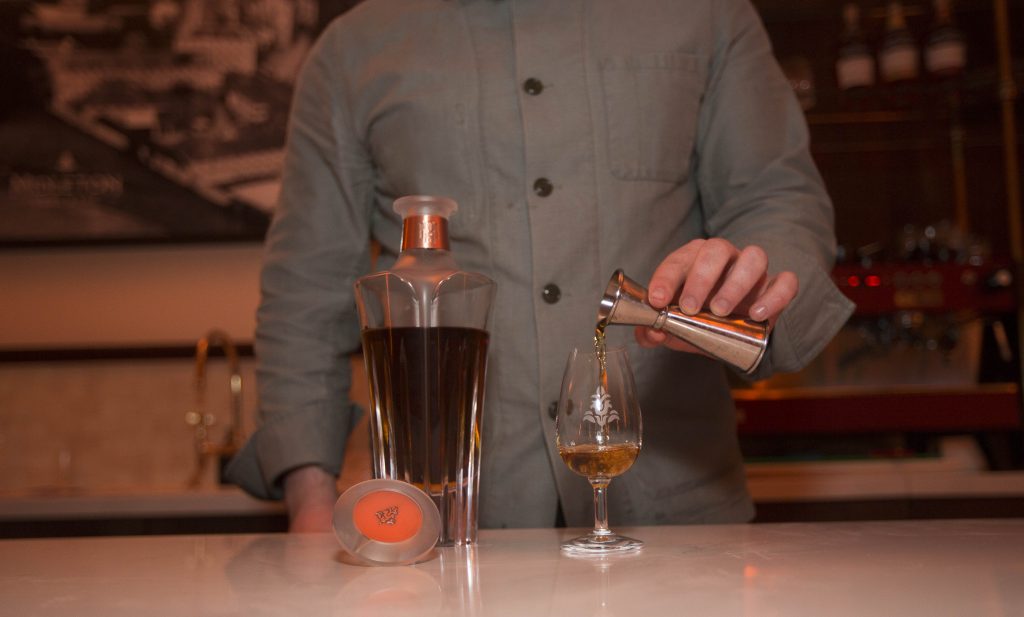 The original Old Midleton Distillery in Cork operated from 1825-1975 and while other silent distilleries have reopened and been brought back to life, Old Midleton has been fully decommissioned and will never produce again. Despite its early success and it being home to a 31,618-gallon pot still, the largest ever built, even Old Midleton couldn’t stem the tide of the decline of Irish whiskey. Political strife, Prohibition and the rise of blended Scotch meant that by 1966 only three companies remained, John Power & Son, John Jameson & Son and the Cork Distilleries Company (which owned the Old Midleton distillery), who merged to form the Irish Distillers Group. They closed all existing distilleries and consolidated production at a new facility built at Midleton, next door to the old distillery, and production began in July 1975.

It was at the Old Midleton  Distillery, which is now an Irish whiskey museum and visitor centre, that Midleton Very Rare Silent Distillery Collection Chapter One was created as part of a series of innovative trial batches, never repeated, with peated single malt whiskey. Given the relative rarity of peated Irish whiskey, this makes the releases all the more intriguing. It was Max Crockett who distilled this innovative brand of Midleton spirit from 1964 to 1974 and Nation him with establishing the standard for Midlton distillers, with an approach that prioritised “attention to detail, the spirit of innovation and the respecting what’s come before”. He adds that being next to the old distillery is a good reminder of this.

Barry Crockett, who unfortunately could not attend the event, explained in a recorded interview that his father started his career in one of the Cork distilleries before he became a distiller at the young age of 32 and he spent the rest of his career at Midleton. “He was very professional about his business, he wasn’t a man that would be easily crossed and he was a man from whom I learned a lot over the years,” he says. “The distillation process in the old distillery was the traditional distillation system which had existed 100 years previously. Back then the whole process was much more hands-on. People relied an awful lot on a sense of aroma, a sense of taste and the visual aspect. A lot of effort was put into developing and refining the distilling methods. Part of that was the development of the peaty single malt my father made just prior to the old distillery closing. It’s a remarkable story”. 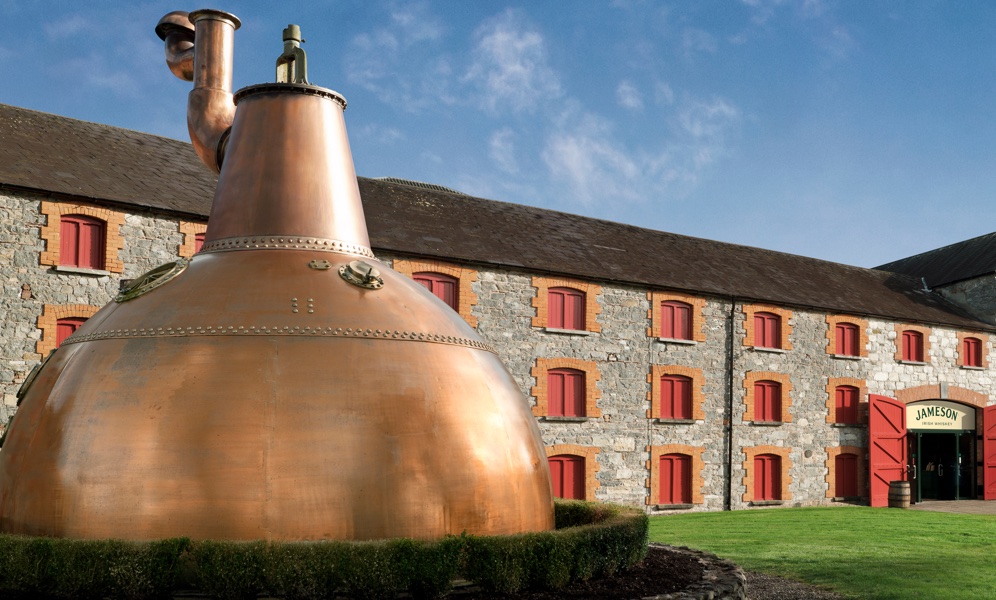 The 31,618-gallon pot still this whiskey was distilled in can be seen outside the Old Midleton Distillery to this day

In the press release, Barry Crockett revealed that Midleton Very Rare Silent Distillery Chapter One was among the very last remaining whiskies to be distilled through the largest pot still in the world, which described as “a skill which in its own right required great refinement of the distiller’s art”. He added that this expression represents “The ultimate heirloom and memento of the dedication to precise malt preparation, brewing and distillation skills of generations of distillers at Midleton.”

There’s even history in the presentation of the whiskey, as the wooden cabinet it’s presented in was handcrafted by Irish designer, John Galvin, using wood up to 200 years old from ancient reclaimed whiskey vats. The distillery was obviously very keen to emphasise the luxury aspect of Midleton Very Rare Silent Distillery Chapter One, which explains it being decanted into hand-blown and etched Waterford Crystal decanter bottles, each individually numbered and displayed.

The bad news is that all of this rarity and prestige comes at a price. Just 44 bottles of Midleton Very Rare Silent Distillery Chapter One will be made available at £32,000 each, making it the rarest whiskey in the collection. It’s available at Harrods, Midleton’s website and in some travel retail, but sadly the reality is this is one of those bottlings that will elude most whiskey fans. So, for those who won’t get the chance to taste it themselves, here’s our MoM tasting note. Sláinte! 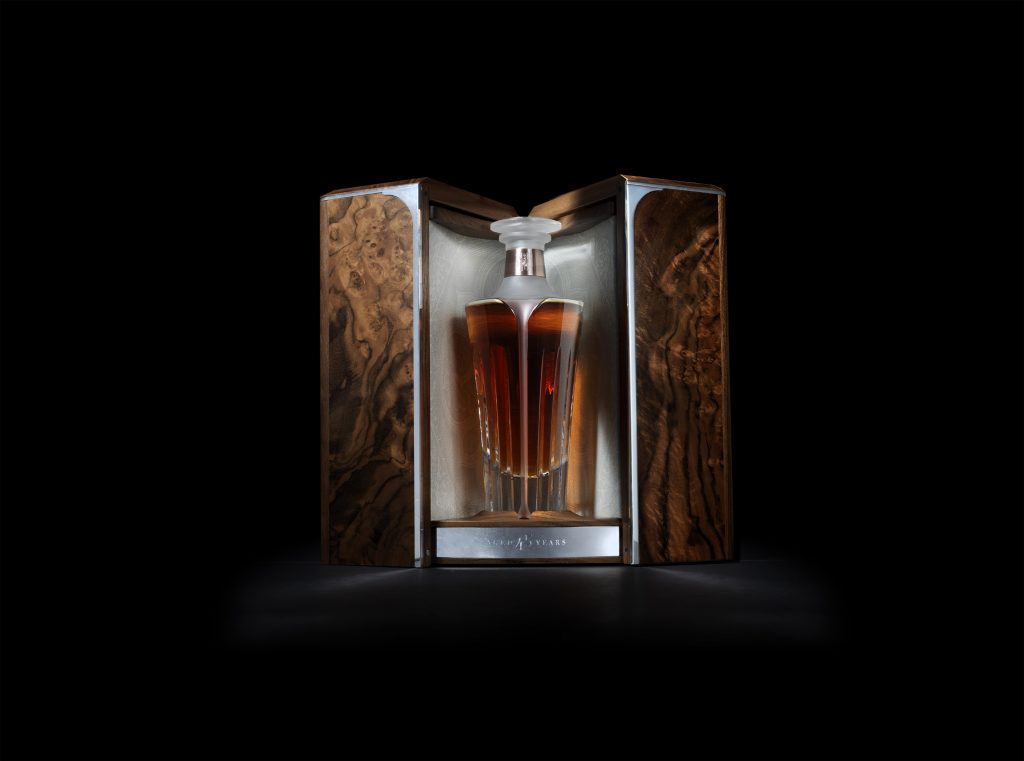 Palate: A rasp of oak spice emerges at first before a triumphant tropical fruit note takes centre stage. It’s honestly phenomenal. There’s plenty of aromatic winter spice, black fruit and salted caramel in the mid-palate before more of that fragrant and floral peat emerges among herbal resins, rancio, black tea and potpourri. Hints of golden cereals and citrus zest are present in the backdrop.

Finish: Long, so very long. It’s still going. And going. There are savoury notes of oak and black pepper which complement that incredible tropical fruit element that carries into the finish among some minerality.

Overall: It’s remarkably well measured and has so much presence. The way Midleton distillate matures with so much resinous and fruity notes means the woody elements can never take hold, while the influence of the sherry cask and peated malt are also balanced beautifully.