The Maker’s Mark party line is a stoic stubbornness when it comes to quality and, in more or less every production process, Maker’s use slower and often out-dated techniques to maintain theirs as an incredibly smooth and supple bourbon.

Aside from production, the grain selection is a big factor in the overall flavour. Maker’s Mark is what’s called a “wheated bourbon” – distilled from a mashbill with no rye, and a higher content of wheat in its place. Rye is a spicy, heavy grain – like the Iron Maiden of the grain world, and wheat is mellower – like a cereal version of Lionel Richie. The omission of rye makes for a smooth and supple spirit that’s easy like Sunday morning.

At every step it’s all about reducing harshness and retaining the distinctive character.

When it comes to bottling, they retain the same attention to detail; the bottles are all individually hand-dipped in signature red sealing wax. They even went as far as to patent the wax drips! So seriously do they take their beloved sealing wax that a recent court battle prevented Casa Cuervo from using a similar wax seal on their tequila bottles.

Perhaps the most distinctive aspect of Maker’s is the product range; they only make one whisky, and they make it damned well. In fact, they’ve made one product for decades and decades (apart from the occasional special release/mint julep mix), so imagine our surprise (and delight) when we heard there was to be a new Maker’s Mark… called Maker’s Mark 46.

Now the thing about setting your bar so high, and sticking at it for so long, is you really have to pull out all the stops when you release something new, so this better be pretty phenomenal! Remember when you went to see the new Indiana Jones movie. You thought: “ahh, this will be great, a new version of a classic”. Instead you left the cinema feeling abused after watching Indie come into direct contact with aliens. Aliens have no place in Indiana Jones. Also there’s the crystal skull itself, it simply wasn’t heavy enough – possibly because it was actually polypropylene.

Anyhoo, we were invited up to a tasting in London with the Master Distiller at Maker’s Mark distillery, Kevin Smith. Kevin’s been in the industry since 1989 and his CV reads like the rundown of the greatest names in bourbon: Old Fitzgerald, Beam and, of course, Maker’s Mark.

He talks about his whisky/whiskey lovingly and respectfully – there’s a sense of reverence he holds for Maker’s and clearly he’s not out to tread on any toes.

With effortless Southern charm he took us through the tasting, starting out with the classic Maker’s Mark, to get a proper sense of the thinking behind “46”.

Nose: It seems almost funny to do a tasting of something you know off by heart! For those of you not so familiar with Maker’s Mark the nose is all perfectly honed oak and vanilla. Then wood shed notes, a bit like freshly sanded oak – and those of you who’ve been to a cooperage will know just how gorgeous these aromas can be! Next comes a wave of butter-toffee, and then a development of candy floss. In fact, if you go back to the nose after a few minutes the candy floss notes are quite intense…

Palate: Sooooo smooth. The palate leads on perfectly from the nose. For Kevin, and any fan of this great bourbon, it’s the “palate placement” that really matters. As the flavours develop there is no bitterness, nothing on the back and sides of the tongue. Instead, it just focuses brilliantly on the tip of the tongue with developing cereal sweetness, and a hint of tingling cinnamon.

Finish: More of the same, the sweet notes of cinnamon developing, and not a hint of bitterness. There are none of the sour notes you so often get with bourbon (which you may like, or you may not).

One of the big factors here is wood management. The oak is sourced from the Ozarks and Appalachians – mountainous regions in America that boast slow growing, tightly grained wood. The barrels undergo a short to medium length char (about 40 seconds), and then a 9 to 12 mo

nth outdoor seasoning – during which time the tannins are slowly broken down.

And now for what you’ve all been waiting for…

Nose: Toffee sweetness and the saw dust from freshly cut wood. Has a very toasty aroma, with sweet spices and deep, thick caramel.

Palate: Creamy and very soft. Then it opens up, in fact it explodes with spiciness which concentrates on the tip of the tongue. It’s on nutmeg, mulled wine spices, allspice, cinnamon. Also a hint of hot apple juice. Kevin remarks that it’s not unlike the cinnamon flavoured gum, “Big Red” – we’ve literally no idea what Big Red is, but it sounds really manly.

Finish: A natural progression of the palate with the sweet spices and it concentrates on the tongue – this may be one of the few times you’ll notice a concentration of sweetness like this from a bourbon. It also becomes grassy after a minute or so.

So how did they do it?

Well, once again wood management really is the thing. For 46, Maker’s came up with something they’d never done before (in fact, something never before done in the bourbon world); they “finished” their whisky with new French oak staves. The staves were sourced by Brad Boswell, a self-styled “wood chef” who chose oak from more mountainous regions in north of France where the trees grow slowly and have a very tight grain.

The oak is seared over gas heat and a crucial point here is that the wood is not charred – seared is really the word; the wood isn’t blackened, instead it resembles toasted bread.

Brad Boswell names all the different stave profiles (the combinations of wood, shape and toasting degree) and the staves used for the new Maker’s Mark 46 are, and you guessed it, profile 46.

Maker’s popped the hoops and heads off barrels of 6 year old bourbon, and inserted two sets of five of these number 46 staves. The barrels were re-sealed and left for around 9 weeks at the bottom of the tin clad warehouses (where it’s notably cooler).

The current batch (due for official release in America in June) is maturing right now, and will be bottled at 94 proof – slightly higher than the 90 proof regular expression. Maker’s 46 will also be bottled in stunning looking heavy-bottomed glass. And the price? Amazingly just 10 US dollars more than common or garden Maker’s!

So the real question is: did they achieve what they set out to do?

Kevin Smith and Bill Samuels Jr (distillery president) wanted a slightly richer version of the standard expression, with just a bit more spice, but none of the sourness you so often get with rich bourbons. It was to be more like a cousin to the regular Maker’s.

Well, they did it! Every sip we had of the 46 was a real treat, and offered the same classically soft, easy-going flavour profile of Maker’s Mark, with a little something extra – a bit like wearing a handsome suit and adorning yourself with a piano key neck tie, it just screams “hey, I’m the same fun-loving guy you’ve always known, but now I have this modish tie.”

How will customers respond? Very well indeed! The market is crying out for more big-bodied bourbon, and this is not only an incredible whisky in its own right, it’s excellently priced and stunningly packaged. We just want some in the UK!

One plucky member of the group at the Maker’s tasting asked Kevin Smith whether he preferred the standard expression, or 46.

He answered, diplomatic as always: “I’m a beer drinker.”

Master of Malt @MasterOfMalt
3 hours ago
Fan of all things #Macallan? You'll want to check out this old indie bottling of 20 year old Macallan single malt, distilled in 1975 and bottled for First Cask two decades later! 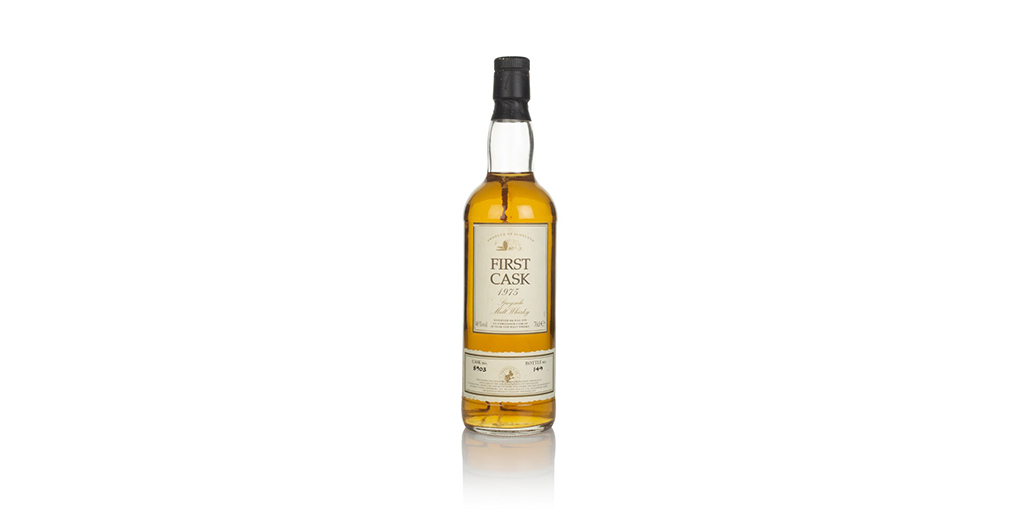 Master of Malt @MasterOfMalt
4 hours ago
Take some Copper Dog #whisky, add some apple juice and what have you got? The Apple Dog! https://t.co/1c7L6FeYFq
View on Twitter
0
0

Master of Malt @MasterOfMalt
5 hours ago
Need a birthday gift for that #gin fan in your life? How about Aztec Gin's Birthday Cake Liqueur, flavoured like... Well, yeah, like birthday cake. Not loads to explain about that, really. It tastes like birthday cake, and that's cool. 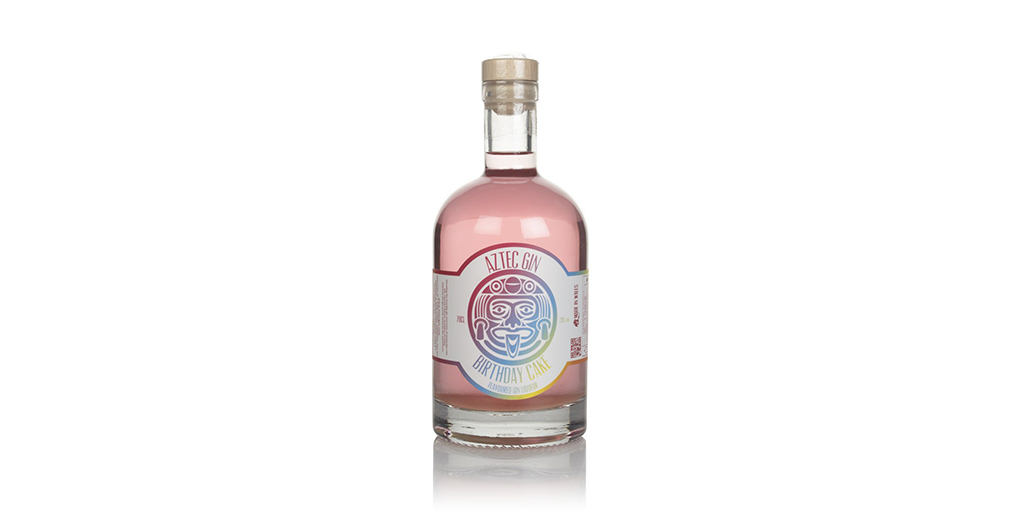