Jameson has added to its impressive Caskmates range thanks to a collaboration with London brewery Fourpure.

Among live music, a t-shirt printing machine and more delicious beer than you could shake a stick at, the limited-edition whiskey, which is a UK exclusive, took centre stage. Jameson Caskmates Fourpure Edition was produced by finishing Jameson Irish Whiskey in barrels that were seasoned with the brewery’s Shapeshifter West Coast IPA for three months and bottled at 40% ABV. Its launch is the culmination of a project that has been 18-months in the making according to Ronan Collins, a senior brand ambassador at Pernod Ricard and the man who led the development of this whiskey from the Jameson side of things.

The barrels Jameson Caskmates Fourpure Edition were matured in started life as ex-bourbon casks that then housed Jameson’s triple-distilled Irish whiskey before Fourpure experimented with them. A total of five of its beers were trialed, including Juicebox, which was very nearly chosen. Shapeshifter, however, won out in the end, with Collins commenting that “It came up as the top in aroma, flavour and finish and, for me, it was different than anything I had tasted. It was so fun and fruity.” 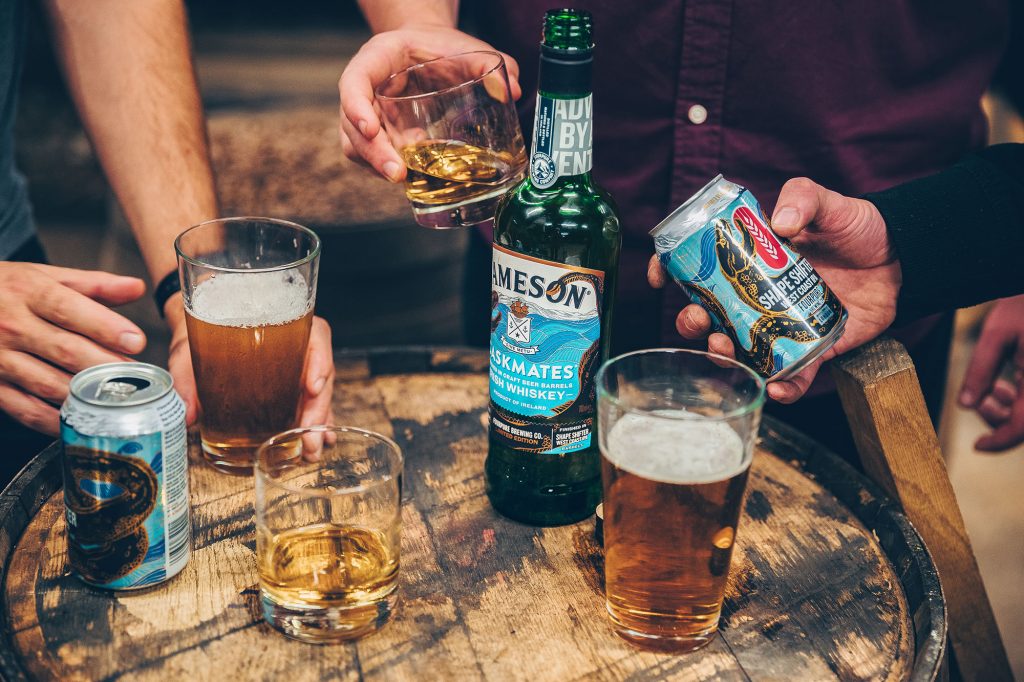 “A part of us didn’t want it to be Shapeshifter because Jameson already has a Caskmate IPA, but Shapeshifter’s obviously a very unique beer. It’s got an incredibly powerful hop aroma, it’s quite dry and it’s got a lot of bitterness,” added John Driebergen, head brewer at Fourpure. “We feared it wouldn’t do that well and that it would fight with the whisky, but we were pleasantly surprised. The hops brought all these wonderful, fruity and tropical aromas.”

Fourpure Shapeshifter West Coast IPA was inspired by the travels of Fourpure founders Dan and Tom Lowe (they’re brothers, that’s not just a coincidence) in the Pacific Northwest. Described as a ‘traditional West Coast style-IPA, it combines a selection of hops including Citra, Mosaic, Centennial and a touch of Colombus. The name and design of both Shapeshifter West Coast IPA and Jameson Caskmates Fourpure Edition is a reference to a First Nations tale of a shapeshifting lake monster that lived in the remote lakes of the region called Ogopogo. The playful, colourful art on the whiskey’s label certainly matches the tone of the drink itself.

In terms of enjoying what’s inside the bottle, it’s fair to say Jameson Caskmates Fourpure Whiskey can is perfectly pleasant neat, but for me, it really shines in a highball with soda or in the delightful signature serve, Hop to It. The bright and refreshing cocktail, which was the welcome drink last night, combines 25ml of Jameson Caskmates Fourpure Whiskey, 5ml of sugar syrup and 10ml of Triple Sec, which you then top-up with Fourpure Shapeshifter West Coast IPA, bringing both of the key expressions together in one tasty tipple. If that’s not your speed, however then the classic North American-style Boilermaker is the way to go. “I think it’s the perfect partnership,” said Collins. Having tried the pairing myself, it’s hard to disagree.

You can find Jameson Caskmates Fourpure on Master of Malt! 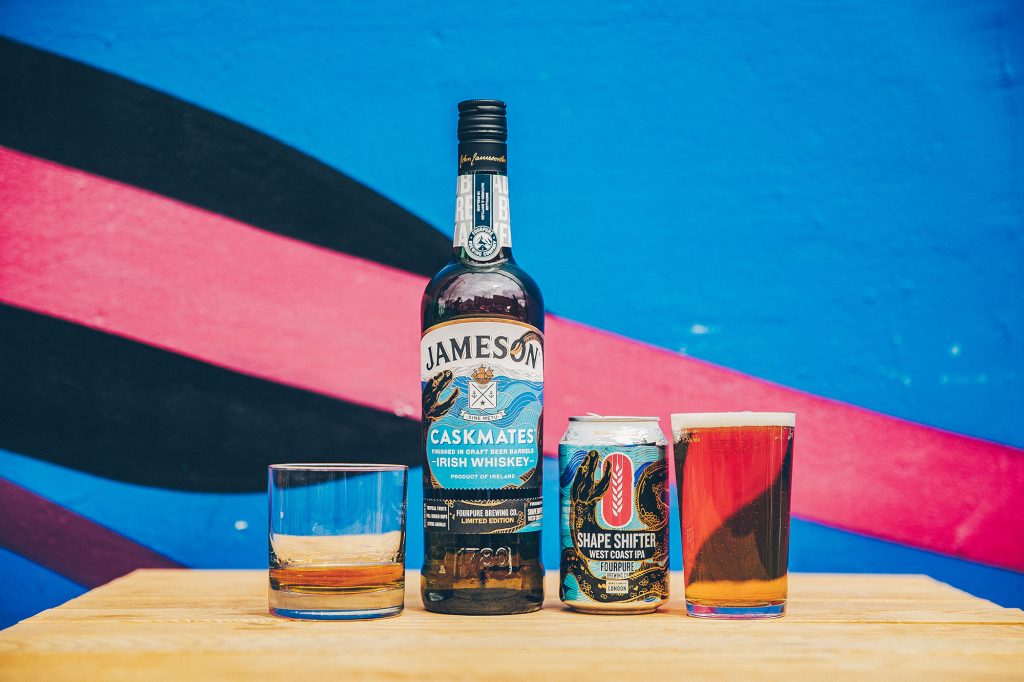 Palate: The classic Jameson profile makes more of an entrance here with butterscotch, orchard fruits and vanilla. Blackcurrant, a hint of woody warmth and a flashback of tropical fruit appear underneath.

Finish: Long, sweet and mouth-coating, with more notes from the nose making a pleasant return.

The winner of our Salcombe Gin competition is...