Cocktail of the Week: The Zombie

Henry Jeffreys
No Comments on Cocktail of the Week: The Zombie

Talk to bartenders about what’s going to be big in the next year and one word keeps coming up: tiki. So, on-trend as ever, this week we’re looking at the original tiki cocktail, the Zombie!

Tiki is the name of the first man in Polynesian mythology, but tiki bar culture owes more to California than Hawaii. The two godfathers of tiki were Don the Beachcomber (aka Ernest Raymond Beaumont Gantt) who opened an eponymous bar in Hollywood in 1934, and ‘Trader’ Vic Bergstrom whose Oakland bar in northern California became Trader Vic’s. Their bars offered a blend of Polynesian-ish decor, Caribbean-esque cocktails and, for some reason, Chinese food – I suppose anything ‘exotic’ would do. They both proved immensely popular and grew into chains.

Central to the tiki vibe were cocktails such as the Zombie and the Mai Tai, which combine lavish quantities of rum with tropical ingredients like pineapple, lime juice and grenadine. Both Don and Vic claimed to have invented the Mai Tai (the word means ‘good’ in Tahitian), whereas Don is credited as the sole creator of the Zombie.

Don and Vic inspired legions of imitators perhaps because the tiki look is cheap to copy. You just need some tribal masks, bamboo, and grass matts, oh and plenty of rum. Tiki spread across the world in the ‘50s and ‘60s. There can be few cities that didn’t have a tiki bar, there were even whole tiki hotels, and it was common for swinging suburban Americans to have a tiki bar in their basement or garage.

Trader Vic’s remains top to toe Tiki to this day
The tiki boom slowed in the ‘70s and ‘80s: the last Don the Beachcomber closed in the 80s; Trader Vic’s is still going, mainly in the Middle East, but the Beverly Hills venue closed in 2017. Tiki cocktails, once so fresh, began to be seen as clichéd, especially as most were made with inferior ingredients like concentrated fruit juice, luridly-coloured syrups and cheap rum. I think with a shudder at the tiki-style cocktails my friends and I would knock-back on holiday in the ‘90s. Made properly, however, they can be noble drinks.

But before we get mixing, you have to create the right mood. You don’t need to build a tiki bar in your basement, but it is worth donning a Hawaiian shirt and putting ‘The Exotic Moods of Les Baxter’ on the hi-fi. Ready? Let’s make a Zombie! This is a real kitchen sink of a drink; it’s got a little bit of everything including up to four different types of rum: white, overproof, navy and aged rum. This seems a little excessive. You can get by with just a white rum and, the vital ingredient, a good aged rum. If you’re feeling really frisky, then don’t omit the overproof rum. But there’s no point mucking about with fancy spirits if your non-alcoholic ingredients are going to let you down so make sure that the grenadine* and pineapple juice are top quality.

The Mai Tai works on a similar principle of using enormous amounts of rum but it’s a bit more subtle: no grenadine or apricot brandy. The only juice is lime, then add triple sec, orgeat syrup (flavoured with almonds) and/or falernum (a syrup flavoured with limes, almonds, nutmeg and cloves).

The Zombie cocktail. Photo taken from the Home Bar by Henry Jeffreys (Jacqui Small publishers)
Right, here’s my recipe for the ultimate Zombie:

Shake the first five ingredients with ice, strain into highball glass (or special tiki cup) filled with ice cubes, top up with pineapple juice and stir. Then float the overproof rum on the top and drizzle with grenadine so that it sinks into the drink, making a pretty red haze. Garnish with a wedge of pineapple. Warning: there is a lot of booze in here.

* It’s easy to make your own grenadine. Pour pomegranate juice (make sure it is juice, not a pomegranate-flavoured drink) into a saucepan and gently heat, don’t boil. Keeping it on a low heat, add three parts sugar to two parts juice and stir until dissolved. Pour into a sterilised jar and it should last in the fridge for months.

Master of Malt @MasterOfMalt
55 minutes ago
. @crystal_head's Pride Edition doesn't just look awesome, but profits from each bottle sold are donated to the Kaleidoscope Trust, an organisation that campaigns for the human rights of LGBTQ+ people! 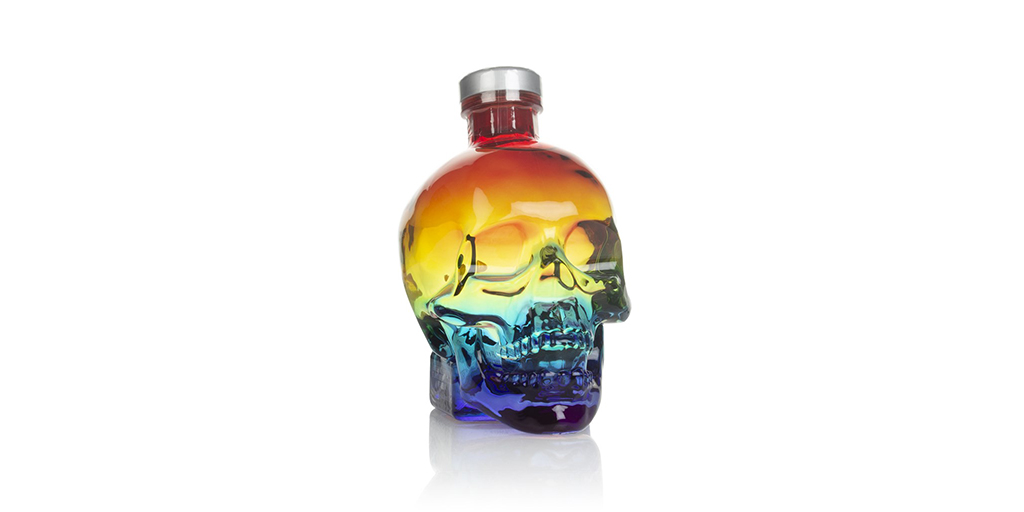 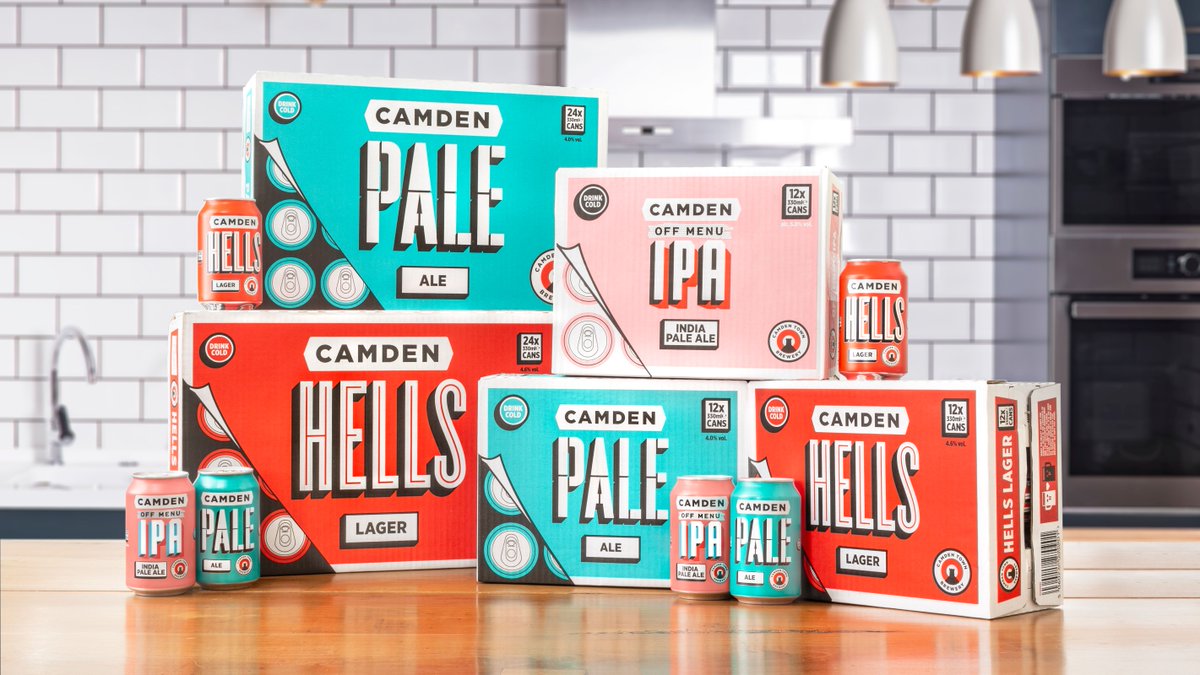 Master of Malt @MasterOfMalt
16 hours ago
. @daymark1683 Original #Rum comes to us all the way from the Isles of Scilly, and is infused with Cornish sea salt and samphire, then matured in English oak! 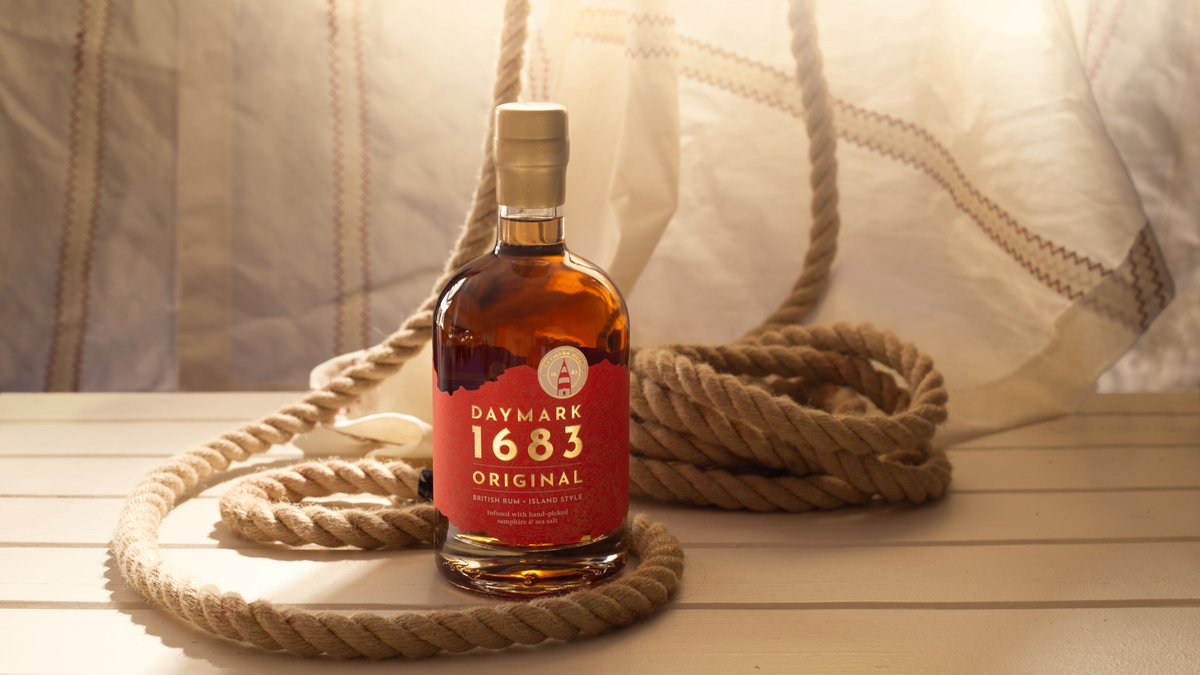