Annie Hayes
1 Comment on Cocktail of the Week: The Caipirinha

This week we’re whipping up the Caipirinha, a Brazilian classic. This light, refreshing drink emerged in São Paulo in the early 19th century and has been a national treasure ever since. Morgana Toro, bartender at London’s Artesian, shows us how to combine the holy trinity of cachaça, sugar, and lime…

There’s much debate about the origins of Brazil’s national drink. One theory claims the Caipirinha was invented by farmers in the countryside region of Piracicaba, which was the epicentre of cachaça production at the time. Elsewhere, it’s believed the drink was a medicinal tincture used to treat the Spanish flu, initially containing garlic and honey in place of sugar and ice. Another theory suggests scurvy-riddled sailors invented it when they docked at the Port of Santos, mixing citrus with cachaça in the absence of readily-available rum.

One thing’s for certain: to be called a Caipirinha today, it has to be made with lime, sugar, cachaça and ice, says Morgana. “You could use lemon if you like, but then it’s not traditional. You can use brown sugar, unrefined sugar, any type of sugar,” she says. “And the cachaça can be silver or aged. Usually in Brazil we make it with ice that isn’t cubed or crushed; it’s something in-between. It’s like a crushed cube of ice, but not like the crushed that we know here.” Faced with the limited options in the supermarket, Morgana suggests using cubed ice, because fully crushed will dilute the drink too fast. 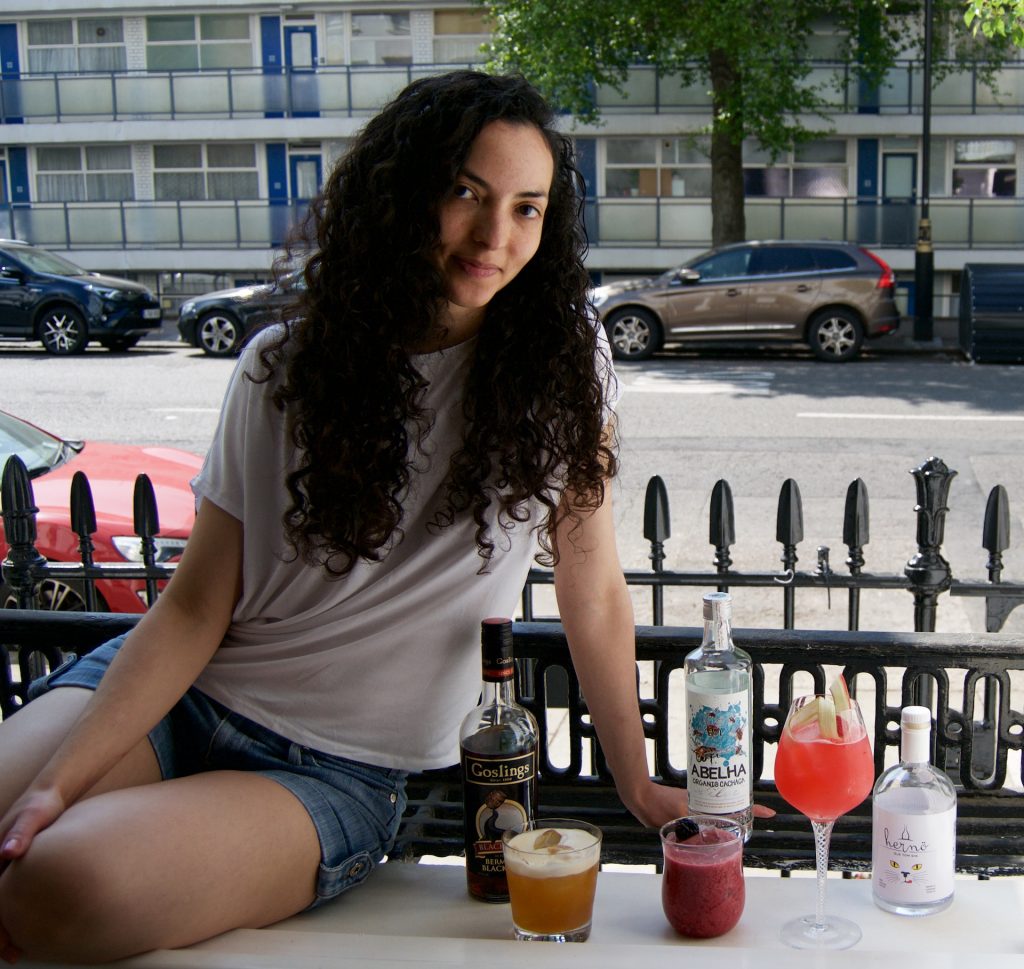 Morgana Toro with three cocktails, none of which is a Caipirinha

Once you’ve got these simple ingredients prepared, you’re ready to start making the drink. First, cut a lime into wedges and add to a tumbler or rocks glass with sugar. Muddle until the sugar – and it has to be powder sugar, not sugar syrup, says Morgana – is dissolved in the lime juice. Then top the rest of the glass with ice and add around 50ml cachaça. “Then you stir slightly but not like you’re stirring a built drink,” she says. “It’s more like, you put the spoon inside and do a little movement to mix it from the bottom. It’s not supposed to be completely mixed together.”

We’re using Abelha Cachaça, made from 100% organic sugarcane grown in the protected national park of Chapada Diamantina in Bahia, Northern Brazil. Crafted by master distiller Marcos Vaccaro – an expert in organic agriculture – Abelha Silver is rested for six months in stainless steel tanks, while the Gold bottling is aged for three years in casks made from an ash wood native to Brazil called garapeira. We know Vaccaro is devoted to the cause, because he takes care to reused and recycle the by-products of every distillation of Abelha elsewhere on the farm, even running his car on the stuff. Plus, he lives in a treehouse.

The traditional Caipirinha – made with lime – isn’t the only version of the drink. “In Brazil, we say that we are very creative people,” says Morgana. “We make everything in a thousand different flavours.” A common twist on the cocktail is the Caipifruta, which consists of cachaça, crushed fresh fruits, and ice. “You can do strawberry, lime and passionfruit… You just change the fruit,” she continues. “I’ve tried a mango and pink peppercorn one before. That’s super good.” 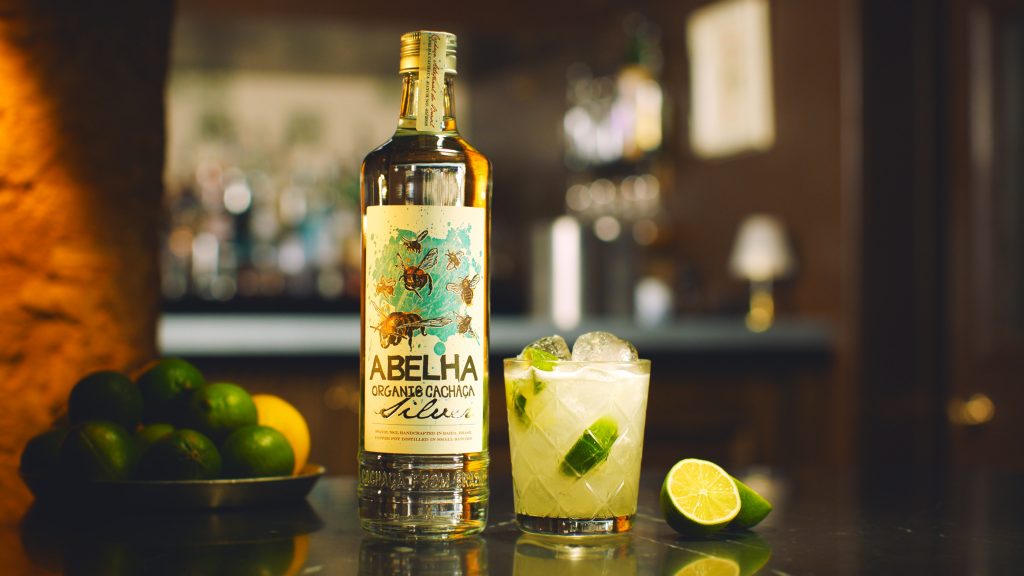 Whether you choose to keep things traditional or switch up the recipe, you’ll need little in the way of equipment. “Making a Caipirinha at home is really easy because you don’t need any equipment,” says Morgana. “You can muddle with anything, even a rolling pin. There’s no shaker. You just need a spoon, it can be a teaspoon. As long as you have good cachaça and good limes – and you muddle until the sugar has dissolved – that’s all you need.”

50ml Abelha Cachaça
1 tbsp sugar
1 lime, sliced in half lengthwise and cut into quarters or eighths.

In a double rocks glass, combine the lime segments with the sugar and use a muddler to gently crush and squeeze the limes. Add the cachaça and stir well. Add crushed ice and stir. Serve immediately with a slice of lime to garnish.