Millie Milliken
No Comments on Classic Bars – The Gibson

In the second part of our occasional series on classic bars, we head to a listed, Edwardian ex-pub in Old Street, that specialises in a certain pickle-adorned cocktail. Welcome to The Gibson.

Head to 44 Old Street and you’d be forgiven for thinking the petite Edwardian building is a natty little boozer, complete with a hanging pub sign and green-tiled exterior walls. Venture inside, however, and you’ll find one of London’s most lauded bars.

The Gibson was opened by bartender Marian Beke in 2016 and won sixth place in the World’s 50 Best Bars soon after. Since then this 1930s-style tribute to the glamour and ceremony of cocktail culture has drawn visitors on the search for Beke’s famous Gibson Martinis (incidentally, my favourite cocktail), cigar collection, stellar service, treasure-trove decor and nightly changing live music.

It’s an industry favourite too, attracting bartenders from around the world wanting to get behind its uplit, copper bar to take advantage of Beke’s many homemade ingredients, house pickles and one-of-a-kind glassware. So, where did it all begin? 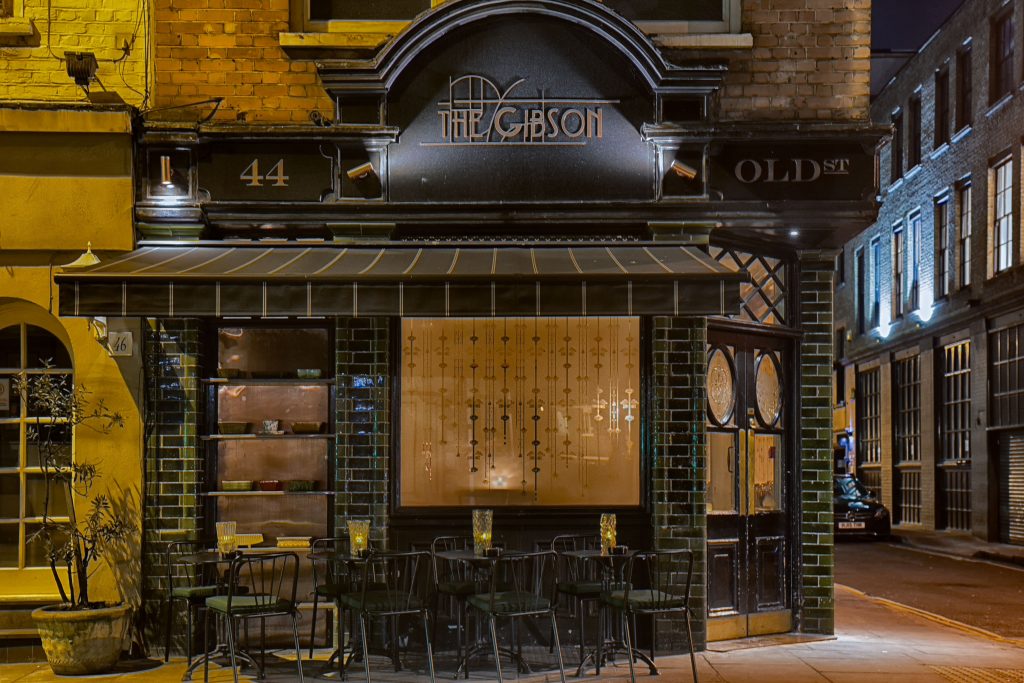 It looks like an ordinary boozer in Old Street

To find the perfect spot, Beke had to have three or four ideas for his bar in the bag to account for the unknowns of location, size and licensing laws of his new venture. And then he found an 1870s listed building off the crossroads of Old Street and Clerkenwell Road, and the rest fell into place.

“When you look at the outside, it looks like a pub, it’s very English and with gin being very British, we asked what drink was the king of gin – the Martini.” Back in 2016, although some bars were championing the famous cocktail, Beke found that there was a distinct lack of Gibson culture (a gin Martini with a pickled onion).

The original cocktail is thought to be named after Charles Dana Gibson, a turn-of-the-20th-century American illustrator. He created the Gibson Girl, a pictorial representation of an independent Euro-American woman which Beke adopted as his logo, hung her image outside his bar, and The Gibson bar was born. 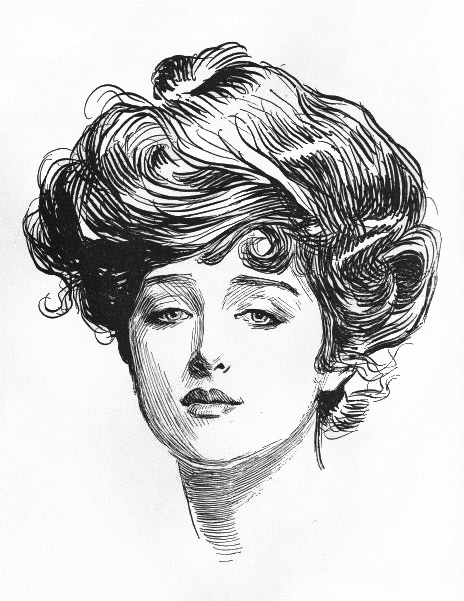 The 50-odd-strong cocktail menu starts, of course with three iterations of the famous Gibson Martini. Its signature, inspired by William Boothby’s 1908 book The World’s Drinks, combines Copperhead Gin, pickling spice, Martini Ambrato Riserva, house double-pickled onion and a twist of lemon. This is followed by the Redistilled Gibson which macerates its ingredients for 72 hours; while the Aged Gibson Martini is aged in ex-balsamic barrels for six months.

The rest of the menu doesn’t escape Charles Gibson’s influence either. “I was looking for something different,” says Beke of what he wanted to create back in 2016. He found inspiration in Gibson’s 1901 Life’s Gibson Calendar. “The calendar concept is interesting, because people do relate to different months,” says Beke. “January has its own flavours, slowly moving through to June, July and August relating to summer with more fruity flavours, and then to December with the likes of whisky cocktails.”

Described as a ‘time machine’ the menu includes cocktails with names such as Gnome Alone, Royal Warrant, Jaffa Cakes and Bread & Butter with each month having four cocktails, one for each week of the month, and drinks comprising up to as many as 10 ingredients. As with his homemade pickles, Beke has also introduced some standout additions into his drinks. The house Red Snapper includes lobster broth and horseradish squid ink; the Shanghai Sling uses a duck fat-washed rum; you’ll find cannabis syrup in your Lindo Gaucho; and if you’ve ever wanted to try preserved salty duck egg Advocaat, do yourself a favour and order The Frying Dutchman.

I wouldn’t be doing my job if I didn’t mention the tiki-esque glassware. Think cocktails served in a golden foot, an open hippo mouth, as a lightbulb, swimming in a paper hat and hanging from a monkey’s tail. Of course, what’s inside the glass is most important for Beke, but he’s been clever to recognise the role that social media can play in a bar’s success. He also saw first-hand guests’ reactions when he took those visuals away: “For the first time after five years, we decided to do something simple, seasonal and served in the likes of Champagne flutes with 30% off. So many people were like ‘no, no where is the proper glass?’ – it was so funny to see what happens when you take the glass or garnish away.” 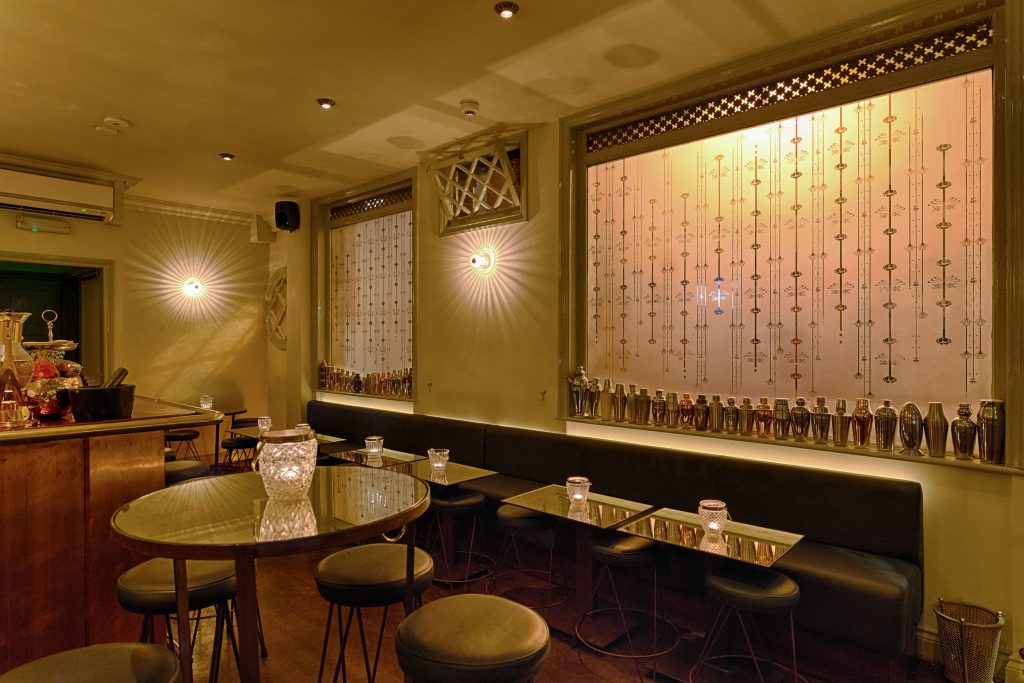 Thankfully, Covid hasn’t stopped Beke turning out his creations and the Gibson Boutique is a one-stop shop for all of our home drinking needs. Cigars, cocktail art and even pieces from the back bar (Gibson Lager, Electric Bitters, The Gibson’s Del Professore Pickled Vermouth) can be purchased, as well as a selection of garnishes – beer lego jellies, porcupine quills *add to cart*.

Drinks include Gibson Martini sets, all three signature Gibsons, Buttered Old Fashioneds, a Pink Death in the Afternoon and the three-pepper Kiss of a Scorpion.

It goes without saying though that I and the bars many other fans can’t wait to get back inside (or outside) the building. Beke’s focus on service is one of The Gibson’s most defining features, with seated only service, side pickles to nibble on, live music, and digestif shots and chocolate arriving with the bill, the whole experience of drinking at 44 Old Street is a memorable and unexpected one. “I always prefer it when people don’t know us and are passing by and imagine they’re walking into a pub,” explains Beke of what he hopes guests feel when they visit, “I want them to think this is the best experience they’ve had in a long time.” 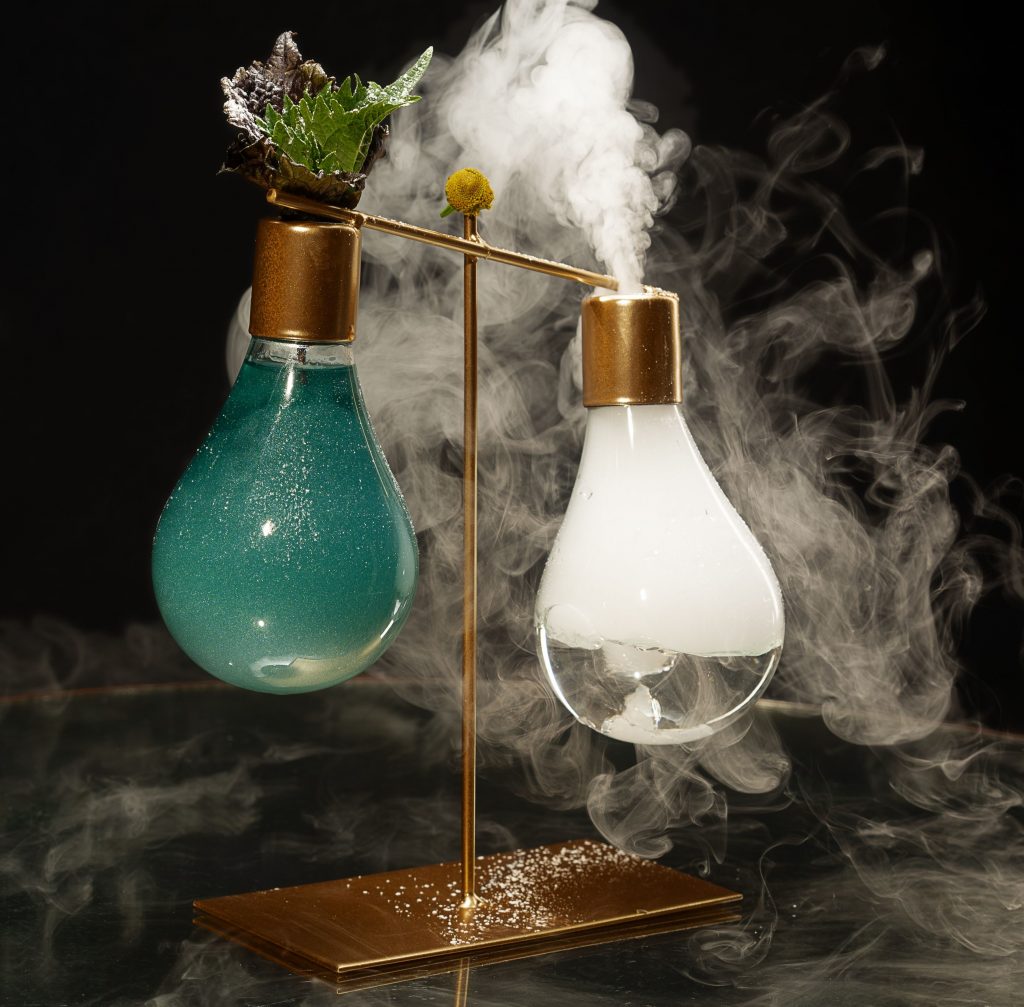 I just popped in for a pint, and now this…

Drinks to take on a picnic