Buy a sample of the Glenfarclas 40 Year Old Scottish Classic

Glenfarclas added a 40 year old to their core range this year. A bold move like this is testament to Glenfarclas’ incredible stocks, and most distilleries would struggle to maintain production of a core range 40 year old bottling.

It was set apart from the year’s other high end releases by two factors. One was quality; we’ve sung its praises before so we won’t go into too much detail, but suffice to say it’s a stunner! The second factor was price; most whiskies in this age range (particularly from stalwart premium distilleries like Glenfarclas) retail at a minimum of a grand. Amazingly, you can find Glenfarclas 40 at just £289 (from us of course!).

It was a success; its chocolate, walnut and sublime sherry notes saw it flying off shelves and it marked another great chapter in the annals of sherried Speyside whisky history.

Another 40 year old from the distillery also offers intense flavour, but this time with a heavy dose of collector’s value. The limited edition Scottish Classic showcases more than just scotch whisky though; billed as a “celebration of the third millennium”, the range of 600, individually numbered bottles commemorates three great contributors to both Scottish and, indeed, world literature.

Sir Walter Scott, Robert Louis Stevenson and, you guessed it, Robert “Rabbie” Burns are all honoured in liquid form. Each bottle of Glenfarclas 40 Year Old Scottish Classic features an illustration of a scene from one of the authors’ magna opera, and there are 30 different variations.

We were lucky enough to get hold of a couple bottles with charming illustrations drawn by Scottish artist Charles Hynes, depicting scenes from Stevenson’s timeless classic, Treasure Island.

One is entitled “Defending the stockade” and the other, “Pieces of Eight”. A little text on the labels describes how the tale of Long John Silver, piracy and general monkey business has become part of Scottish heritage, despite the story’s stemming from a simple drawing of a treasure map, made by a child (Stevenson’s stepson).

As for the whisky itself, we managed to acquire a sample, and here are our findings…

Nose: An intense array of flavours, yet not one out of check. This hasn’t the same sherry-dominance as some other stallions from the GF stable. In fact, this seems pretty dead set on mouthwateringly sweet oak, and the kind of clean barley delivery that leaves us speechless. It’s the kind of whisky you keep in the glass, and nose for a long time, because it keeps developing. After a few minutes we were able to detect all kinds of spices, from exotic “marketplace” spices, to vanilla, ginger, and then some manuka honey.

Palate: The strength (43% abv) affords this a very easygoing delivery. It just rolls over the tongue in oak-led waves of rum, malt, musty woodshop oak, a touch of varnish, beeswax (honey too) and sweet spices. The sherry has a building intensity, that crescendos on molasses and dried figs, some black pepper too.

Finish: Good oak-grip that holds sweetness, and a touch of dry spices. Creaking wood and barley.

Overall: One of the best whiskies we’ve ever had the good fortune to taste.

Glenfarclas invited Jim Murray to taste it and he commented on the “Beautifully defined oak”, he notes it as “An almost immaculate portrayal of an old fashioned, high quality malt with unblemished sherry freshness and depth”. In his 2010 Whisky Bible he bestowed it a whopping 92 points!

Often when it comes to artsy spirits like this, the whisky just isn’t of a high enough quality to pull the whole thing off. There have been a number of disappointments where the ersatz malt in the bottle does less

than deliver; the packaging becomes more important and everything else is pushed to one side. We’re happy to announce that this is far from the case with the 40 year old Glenfarclas Scottish Classic – where art, literature and astonishing whisky unite. It’s a match made in heaven, and we’re delighted to have a couple of bottles in stock.

If Robert Louis Stevenson described wine as “bottled poetry”, one can only imagine what he’d think of this.

That’s right, you’re eyes aren’t deceiving you. We are genuinely offering 3cl whisky samples of this for sale on our site. We’ve priced it at just a fraction of the £1,489.95 retail price, so you can order your sample of the stunning Glenfarclas 40 Scottish Classic for just £77.45!

Sounds a lot for a glass of Scotch, but we think it’s worth it. It’s an absolutely mind-blowing malt after all, and what else would you spend the money on?

Well, we’ve done some research into what 70 to 80 of our fine English pounds will buy you 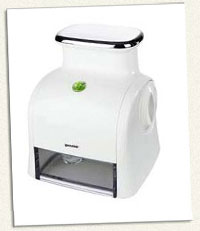 Now, of all these fine choices, we know what we’d go for (the electric cheese grater), but if you prefer whisky to perfect shavings of Red Leicester, we’d recommend the Glenfarclas 40, click here to see it in all its finery.

In further news, Glenfarclas have repackaged their award-winning Family Cask range. The bottles are still the same smart, squat bottles emblazoned with their vintages, but the box is now hinged and made from high quality card (which we’ve been assured is 90 something percent recycled – except for the magnets). We love them – very modish and chic.

Master of Malt @MasterOfMalt
12 hours ago
Ian Buxton has fallen for the charms of a 50 year old Glenglassaugh, a distillery that he has a fair bit of history with. Here he explains why.

Master of Malt @MasterOfMalt
18 hours ago
Check out this funky #whisky tasting chart from Angel Share Artworks! This is the perfect thing to adorn the walls of your tasting room or kitchen.
https://t.co/h7WJY0XA76
View on Twitter
2
5

Master of Malt @MasterOfMalt
21 hours ago
Don't miss out on the opportunity to own The @DalmoreWhisky Decades! Register your interest now if you'd like to add this remarkable release of exquisite expressions to the top shelf of your collection.