A Goodbye From Master of Malt’s #WhiskySanta 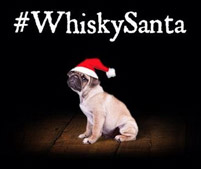 What a festive season it’s been already! It’s been my absolute pleasure to grant 56 wishes (one every day since 30th October), and that’s not all! There have been plenty of other Christmas pressies, giveaways and special offers – a word on those Ask #WhiskySanta wishes first though… I received over 13,000 wishes in total and a big thank you to all of you for spreading the good word (#WhiskySanta was delivered to twitter timelines over 9.1 million times during the period!).

A full list of the granted wishes can be found in our Ask #WhiskySanta blog post, but here are some of my favourites: @thektuck wished for the extremely sought-after World Whisky of The Year (Jim Murray’s Whisky Bible) Yamazaki Sherry Cask 2013, @kangaruth wished for a Premium Whisky Advent Calendar in time for December and @stevecurtisuk wished for the Master of Malt 40 Year Old Speyside Whisky Liqueur (World’s Best Whisky Liqueur, World Whiskies Awards). All granted and fulfilled. Happy wish makers and a very happy Whisky Santa!

That’s over £20,000 worth of treats for the gents and ladies of the world this Christmas before even considering the Free Mulled Cup 10cl samples I gave away with every Professor Cornelius Ampleforth product and also the individual Christmas Crackers many of you received as a total surprise! All that before my traditional rounds, you know, around the entire planet. Time for #WhiskySanta to take a well earned holiday.

See you all next year! 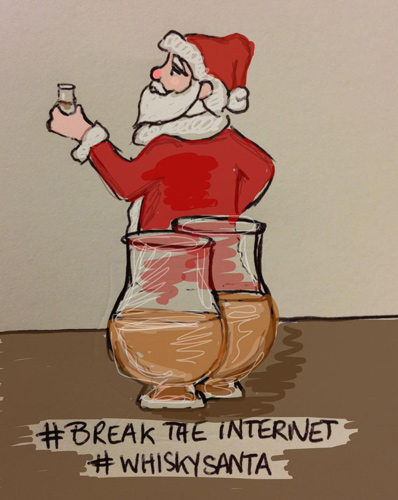 Master of Malt @MasterOfMalt
60 minutes ago
. @RosebankWhisky Distillery launches 31-year-old whisky, the last ‘old Rosebank’ release before the distillery is reopened to the public next year.