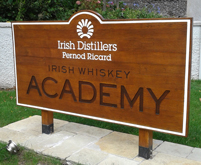 I like a bit of Irish whiskey me. That’s why I made a point of writing a big ol’ three-part blog post about it earlier in the year. So, bearing that in mind, when I received an invitation to attend the Irish Whiskey Academy at Midleton distillery over in County Cork I didn’t really need to think about it for too long. The Academy opened in February 2013 and along with a new still house and archive became a focus for the Irish Distillers’ Housewarming celebrations last year.

Do you know who else can attend though? YOU! Yep, the Irish Whiskey Academy is open to the public with 4 different levels of course available from a 2 hour visit to the incredible 2 day Enthusiast Package complete with 5* Hotel Accommodation at Castlemartyr (I’m told this is where Kanye & Kim spent their honeymoon… but try not to hold that against the place) and all drinks and meals covered, including dinner at a local premium restaurant such as Ballymaloe. It’s what they fit in at the distillery itself that will keep you busy though, I felt like I’d been there for a week! So, what exactly does one get up to at the Irish Distillers’ Irish Whiskey Academy? 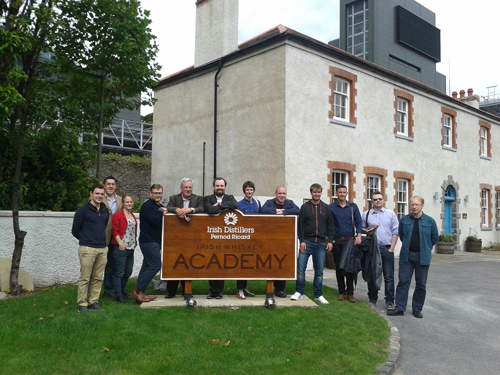 Class sizes are no more than about 15 people and throughout the two days there are various modules that cover the entire whiskey-making process from the raw materials through each step in creating the different styles of Irish whiskey available today. The focus, of course, is on the extensive Irish Distillers range produced at Midleton including Redbreast, Powers, the Spots, Paddy, Midleton and, of course, Jameson blended Irish whiskey, but they’ll happily discuss the Irish whiskey category as a whole. 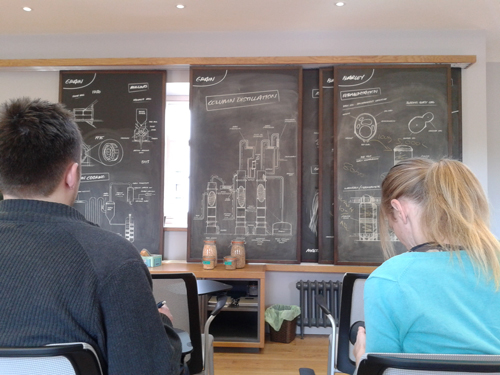 You’ll also have to taste a fair few of them. Such is life, eh? From samples of pot still and grain spirit and whiskey matured in different casks, at different ages through to a selection of finished Irish single pot still whiskey releases and Jameson blends. Tutored tastings usually follow the relevant modules. 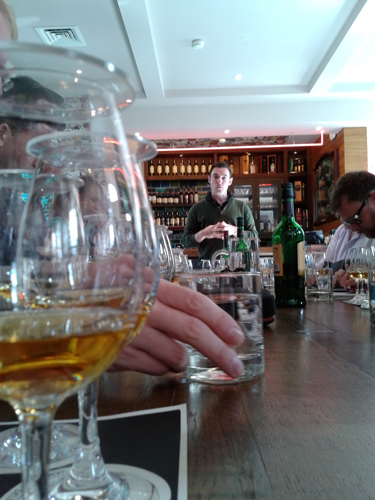 Speaking of tutors, International Whiskey Ambassador David McCabe is the Academy tutor who’ll be looking after you during your time at Midleton. He’ll run your modules, tastings and tours, happily field your questions and is basically a really nice bloke. You’ll like him. 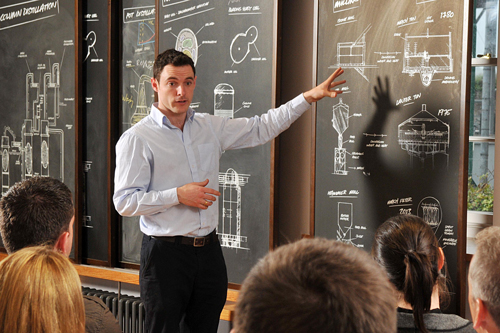 Various tours are naturally part of the course as well, with the Academy being situated at the heart of the site right on the divide between the Old Midleton distillery founded in 1825 and the New Midleton distillery, which from 1975 replaced the original Cork Distillers site as well as the Jameson (Bow Street) and Powers (John’s Lane) distilleries in Dublin. 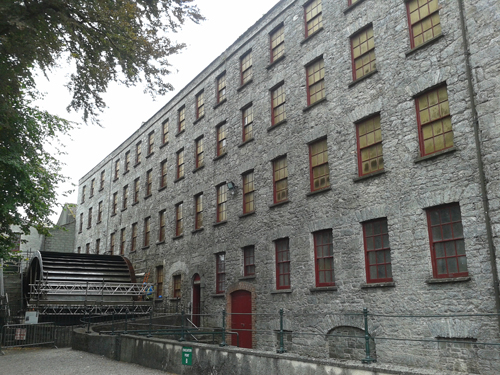 Dating from the 1700s, the oldest building at Midleton – originally a woollen mill, then a military barracks during the Napoleonic Wars before becoming part of the original distillery.

As mentioned, a new still house was added last year and the capacity is now up to something in the region of a mind-boggling 60,000,000 litres! Most of this is destined for Jameson, of course – unlike Scotch blends that can draw from a large number of distilleries everything Irish Distillers produce is from Midleton with the exception of a small amount of single malt that’s used in the Paddy blends. (For context, the largest Scotch malt whisky distillery capacity is 13,000,000 litres at Glenfiddich.) Master Distiller Brian Nation was on hand to talk us through the new set up. 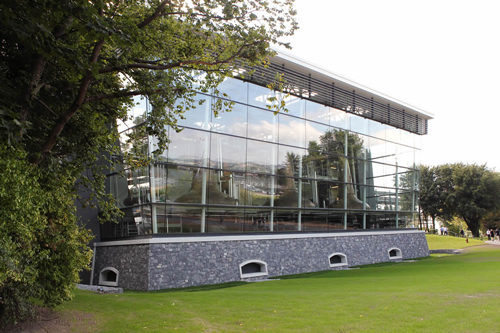 There’s almost too much to fit in a blog post to be honest, I could easily go into much greater detail but then it would take two days to read! Other highlights included the best coopering demonstration and explanation I’ve ever seen from 5th generation Master Cooper Ger Buckley and a fascinating glimpse into the work of the Irish Whiskey Archive with archivist Carol Quinn. The Archive sadly isn’t open to the public, but allows Irish Distillers to point to evidence and documentation whenever mentioning stories from their past, especially in their marketing. By owning their own history they don’t have to say things like “according to legend” and the like, which I’m sure we can all appreciate!

Another highlight was tasting some extraordinary samples straight from the cask with Master of Maturation Kevin O’Gorman in warehouse 42. Bourbon, Port (used in Jameson Rarest Vintage Reserve) and Sherry matured single pot still, immense stuff, and an incredible experience (I may tell you more about them in another post soon). 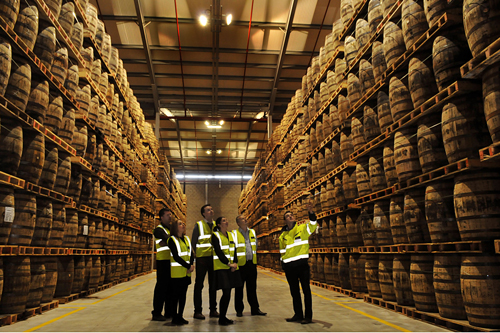 One of 45 warehouses, which hold a combined 1.2 million casks of maturing spirit.

Blending is also hugely important in all that Irish Distillers do, and not just in the blends – selecting the right casks and combining the right distillates with the right characteristics from maturation to create each expression for each brand is an art that Master Blender Billy Leighton is responsible for at Midleton. Sadly he was off somewhere on the other side of the world during our visit (he may well be on hand if you visit the Academy), but that didn’t stop us from splitting into small groups to create our very own blend to take home with us. 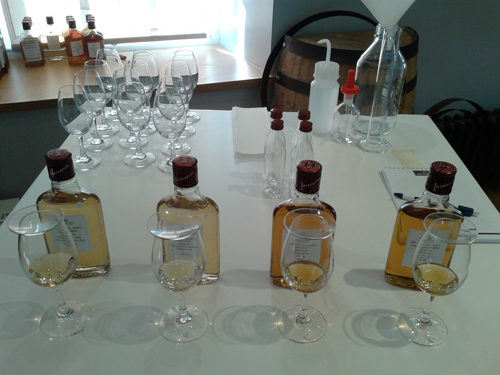 The Irish Whiskey Academy really is a hugely impressive endeavour and a world-leading educational facility. You also receive an exclusive numbered book – unavailable for sale anywhere – with all sorts of fancy pull-out diagrams that covers pretty much everything from the course. Prices for the 4 different levels of Academy course currently available range from €59 for a couple of hours (which obviously won’t include everything mentioned here) to getting on for €2,000 for the entire all-inclusive package including accommodation and all the trimmings. Not cheap, but it is one hell of an experience. 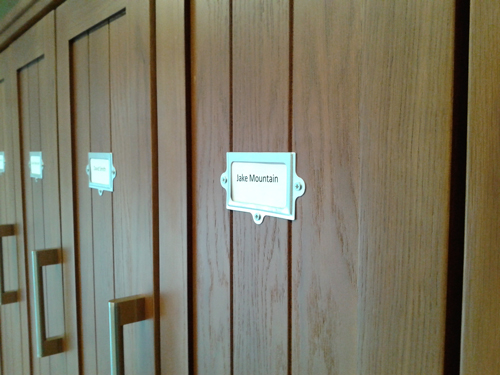 Your name could be here…

Master of Malt @MasterOfMalt
2 hours ago
This week's been another scorcher, and you know what we've been sipping on as the evenings cool down? @PortAskaigMalt 100° Proof! Spot on for sunset serves, it makes a cracking Highball topped with ice and soda! 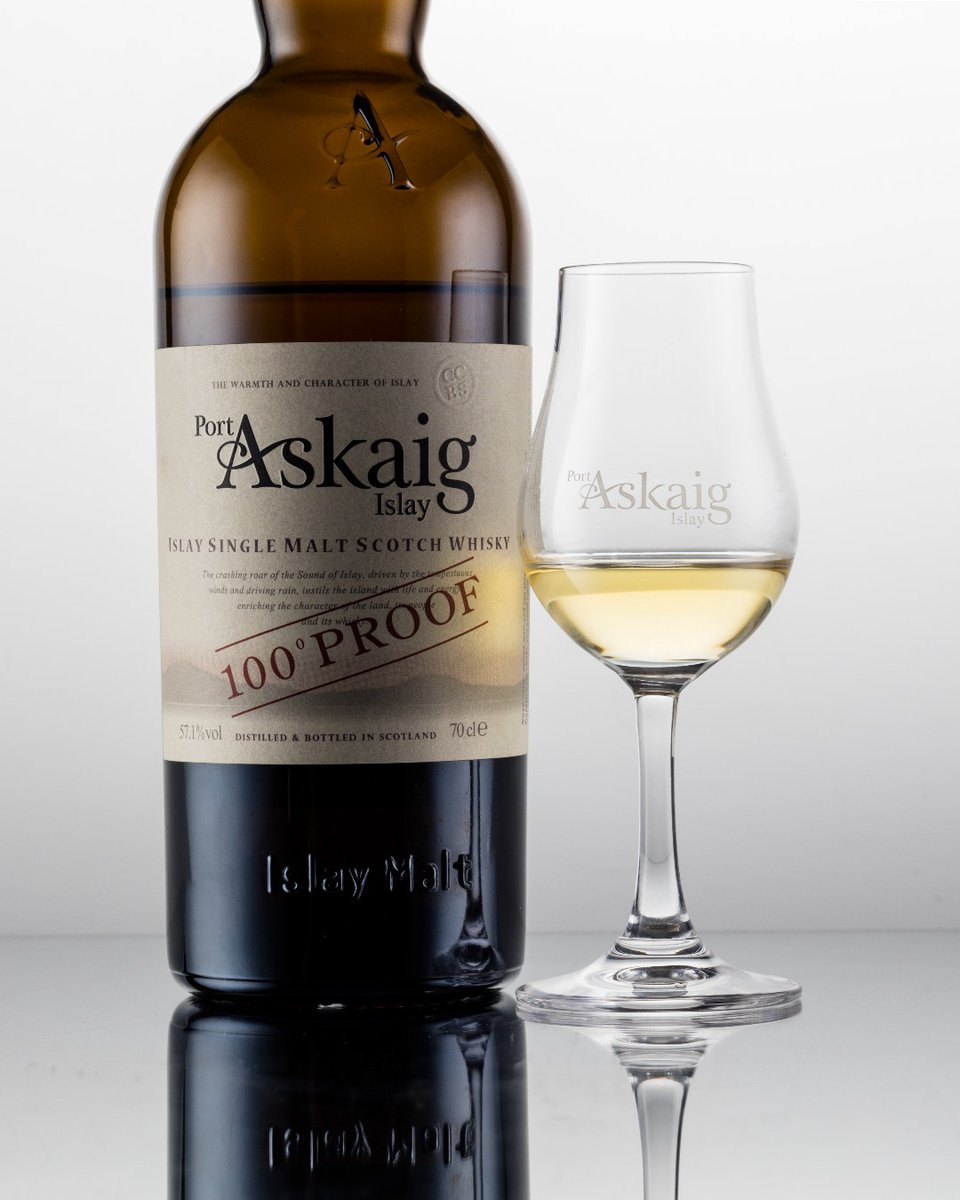 Master of Malt @MasterOfMalt
16 hours ago
What To Drink Now: Tulchan Gin
https://t.co/BBmlcu0jBy
View on Twitter
0
1

Master of Malt @MasterOfMalt
17 hours ago
This week at Master of Malt we’re tasting @Angels_Envy bourbon, the pioneering barrel-finished #bourbon.

Tasmanian Whisky - Everything You Need to Know! (Part 2: Old Hobart)

Master of Cocktails - The Brandy Crusta