Caskstrength and Carry On – 3D Whisky

Jake Mountain
No Comments on Caskstrength and Carry On – 3D Whisky

The 11th November 2013 will forever go down in the annals of history as 3D-Day, the day when the chaps off that there Caskstrength.net officially launched their fourth whisky bottling as well as a piece of cinema that may well prove to be the most significant televisual event since Quantum Leap, and I don’t say that lightly.

‘A’ was for Arran, ‘B’ was for BenRiach and ‘C’ was for Cutty Sark. That leads us to ‘D’ in Neil and Joel’s epic A-Z series, and why have one ‘D’ when you can have 3? A tremendous blended malt constructed from the Diageo trio of Dailuaine, Dalwhinnie and Dufftown single malts was the result. It’s quite literally 3’D’ malt whisky, and who doesn’t love a bit of 3D? 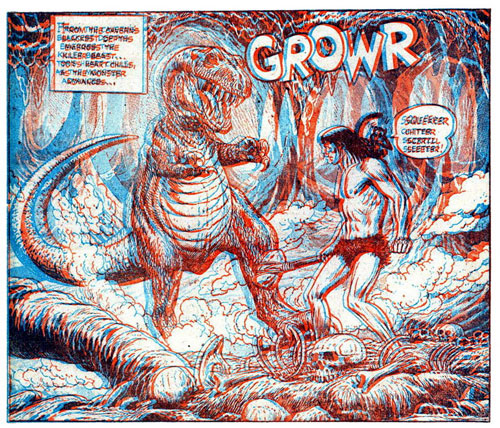 The creative duo’s execution of this fantastic concept was, of course, top notch, but first let’s take at look at the liquid itself (the important bit!). Bottled at natural cask strength, the single malts used were between 15 and 16 years old and just 504 numbered bottles have been produced. 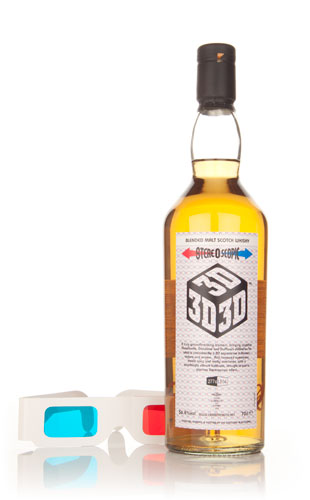 Nose: Meaty with blueberries and the outside of lemon sherbet sweets. Quite oily too (in a good way), with gooseberry and squished banana. More fruitiness and a touch of oak develop in the form of nearby creamy chocolate-covered raisins.

Palate: Bang! Lots of zingy white notes at full strength balanced with earthiness beneath. Water indeed reveals the more floral side – white lilies wasn’t something I wrote down on the night (perhaps hampered at the time by the fact I sat next to the popcorn machine!), but, having returned to my test-tube sample, it’s spot on.

Overall: A cracking blended malt, it successfully exhibits the strengths of each constituent part whilst bringing them together to make something new. Also, it has to be said that a natural cask strength 15 year old Diageo release that’s limited to near as damn it 500 bottles really is a bit of a steal at under £50! 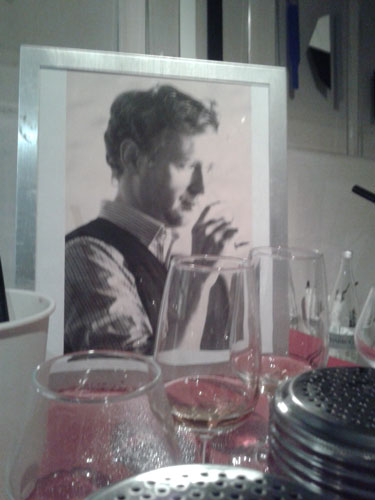 Joel and Neil created their latest release with the help of Master Blender Dr. Matthew Crow, who led us through a tasting of three whiskies at the launch before we tasted 3D, an example from each of the three distilleries whose single malts were used.

The deconstruction allowed us to more easily recognise not only what each brings to 3D Whisky, but also how well the whisky has been put together, marrying the more floral, slightly meaty with honeysuckle notes of Dalwhinnie with the more buttery (I don’t think that’s just the popcorn again…), spicy and oaky Dufftown and the more intense, meaty, sherried Dailuaine. 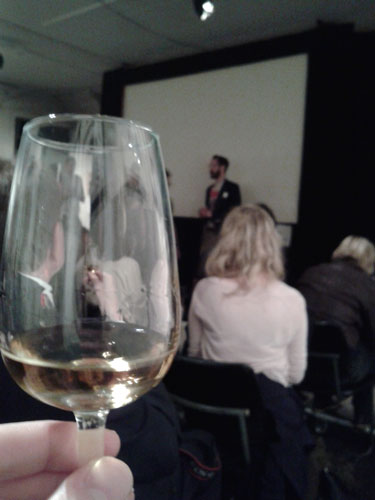 Wormtubs are used to condense the spirit that comes off the still at both Dalwhinnie and Dailuaine, a point Dr. Crow stressed as it allows any sulphury notes that are produced during distillation to persist in the final spirit. Although not everybody’s cup of tea (Jim Murray, of course, famously despises even a hint of the stuff) a little sulphur leads to the meaty notes mentioned above, with Neil even wanting to create a meaty monster that was 70% Dailuaine before Joel and Matthew gave him a firm shake and a dry slap. 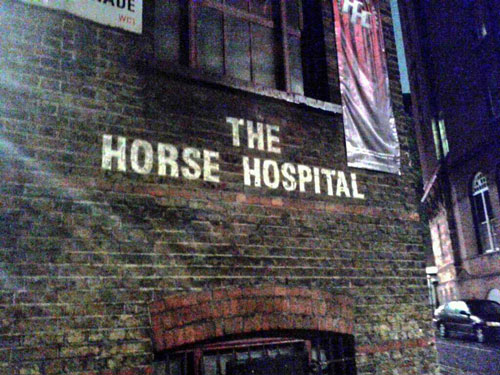 Seamless link from meatiness to the launch’s venue.

Before speaking about the packaging, there is, of course, the small matter of 3D: The Movie, which shows this whisky from another dimension coming into being. A radical, risky, dangerous and goddamn crazy piece of cinema from Joel Harrison and Neil Ridley; whisky authors, dream-weavers, visionaries, plus actors… 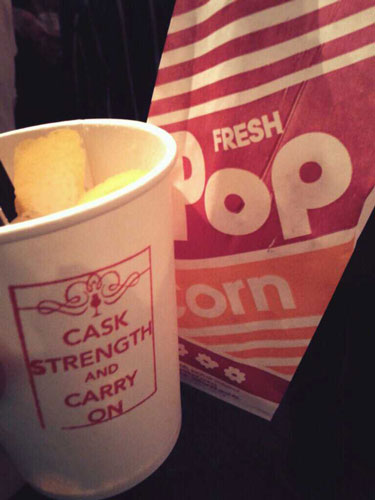 No premiere would be complete without popcorn and refreshments!

Naturally, part of the film was shot in 3D, with each bottle also featuring a Stereoscopic 3D label, but that’s not all. Oh no! You can also download a presentation case. Confused? Well, by following a QR code on the back label of the bottle (it takes you to 3DWhisky.com), you can download the case design, which can then be printed in 3D! It’s the first bottle packaging of its kind. Isn’t technology wonderful? 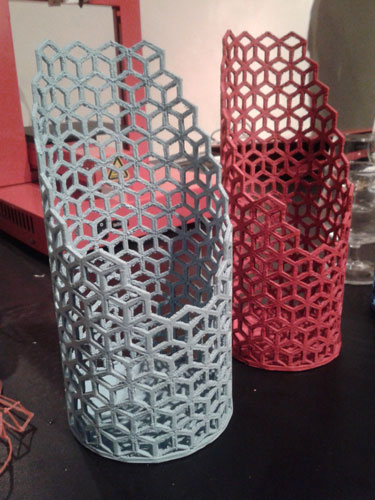 Apparently you can pretty much print anything these days, from ship parts to a new liver – honestly!

So there you have it, the third dimension. As you would expect from the Caskstrength chaps, the whisky itself is excellent, and no doubt that will have been the most important aspect for them. The attention to detail, enthusiasm and obvious fun that’s gone into the innovative packaging and launch is truly fantastic though. 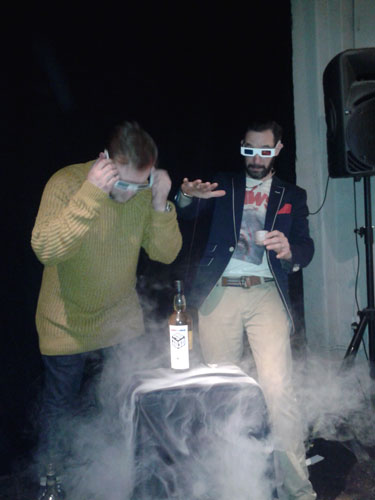 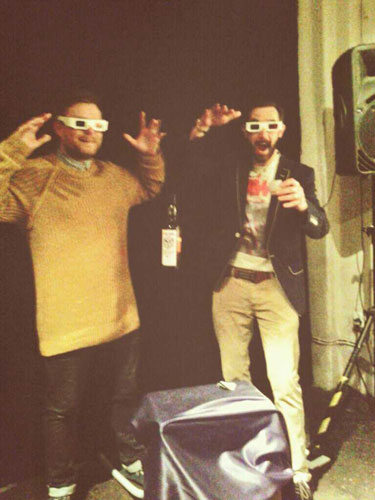 What I couldn’t work out was how they’d managed to make a whisky that levitates?! I guess we’ll never know.*

* “So, just to restate, that is something we’ll never know, you’re not going to find out later.”

Master of Malt @MasterOfMalt
3 hours ago
We visited the Seychelles to find out how two brothers created a rum unique to the Seychelles against all the odds. This is the remarkable story of Takamaka Rum.

That Boutique-y Whisky Company is back. 4 more belters in time for Christmas.

Master of Cocktails - Blood and Sand